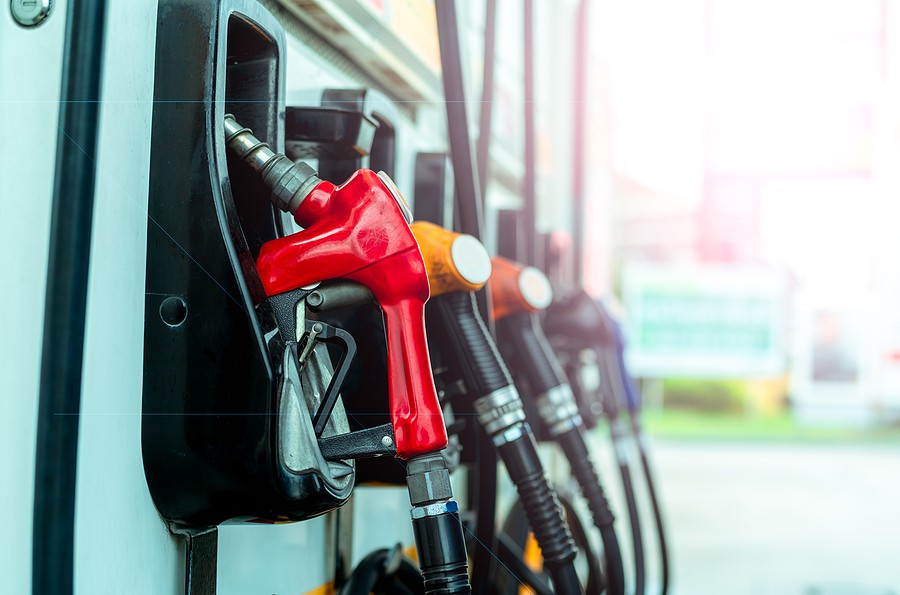 Gasoline in cars is a hot topic today – literally. People worry about emissions, global warming, and pollution. A gallon of gasoline weighs 6.3 pounds, for instance. However, it could produce up to twenty pounds of carbon dioxide when released into the earth’s atmosphere as exhaust.

Have you seen the price of gas lately?

Gas prices tend to fluctuate based on many factors such as government regulation, supply, and demand. At the start of the year, in Chicago, gas prices were about 3.20 per gallon. These days, they’re already approaching 3.75.

When we talk about fuel, there are two common types. There’s fuel for diesel engines, diesel fuel, and there’s gasoline for the majority of cars that required unleaded gas.

This blog will focus more so on the latter than the former.

There are plenty of burning questions about gasoline that people may have on their mind these days:

These questions, and more, are answered in this gasoline-powered article!

How Much Does A Gallon of Gasoline Weigh?

Answering the question, “How Much Does a Gallon of Gas Weigh?” is pretty straightforward at first glance. It weighs about 6.3 pounds.

Did you know, however, that 6.3-pound gallon can cause the car engine to pour up to twenty pounds of CO2 (carbon dioxide) straight into the planet’s atmosphere. That’s certainly not helping the hole it the o-zone layer!

Fun fact: It’s not actually just the carbon in the gasoline that causes the increased weight – it’s the oxygen, too.

As fuel is used, the carbon and hydrogen split apart. Two molecules are produced in the process: H2O and CO2. For those of us who didn’t too hot in high school chemistry, that’s water and carbon dioxide respectively.

The math is a little tricky and involves an understanding of “atomic weight.” At the end of the day, the take-home point is that the carbon by itself accounts for 5.5 pounds. Multiplied again, that’s about 20 pounds of CO2 in the atmosphere from a single gallon of gas.

How Much Does Five Gallons of Gas Weigh?

Some people are curious about what five gallons of gas might weigh. Luckily, this math is a little more elementary.

If a gallon of gas weighs approximately 6.3 pounds, multiple by five; we’re looking at a grand total of 31.5 pounds of fuel.

Why would somebody ask this? We can think of many reasons.

Perhaps somebody wants to fill up a five-gallon gas tank, but they’re worried about how heavy it would be. That could cause somebody to be curious if they can lift the 31.5 or so pounds of fuel or if they will require help.

Additionally, some types of problems (related to physics and engineering) require an exact calculation of the weight of a vehicle or apparatus. For example, an airplane with a full fuel tank is going to weigh more and fly differently than an airplane with less fuel. The experts need to know the fuel weight.

The same would be true with the number of passengers and cargo onboard.

This is also valid when thinking about cars and trucks. Maybe the car feels a little lighter as the gas tank nears empty – well, it should. You could be driving a vehicle with a reduced weight. It’s important to remember that gas tanks vary across makes, models, and vehicle types as well.

For example, a big truck probably has a big gas tank. SUVs, for example, can have gas tanks that are almost twice as big as the smallest compact cars out on the road today. That’s a lot of weight to carry around as you buzz about on your daily commute!

How Many Gallons of Gas Goes into a Twenty Dollar Fill-Up?

In the United States, we love talking about how much it costs to fill up our tanks like it’s a personal accomplishment.

We even refer to the measurement of gasoline for our cars by the amount paid rather than gallons or liters. How much did you put in? About twenty bucks!

Rarely does somebody say oh, I don’t know, five gallons. Scientists and gas station attendants are an obvious exception, however.

If gas goes for about three dollars a gallon, for twenty bucks, you would get about 6.6 gallons. If the price climbs to four dollars, you will only have five gallons in your tank with a twenty-dollar fill-up. This is why some people agonize, to the penny, over gas prices.

Of course, drivers and car owners should be aware that their time matters, too. If the cost of gasoline in the city is nearly double of that of the countryside, and you’re heading to the countryside anyway, then it makes perfect sense to buy where it’s more affordable.

Some people get this concept confused, unfortunately. They start wasting their time (which is money in economic terms) looking for a gas station to save a grand total of about five to ten dollars, max. If you’re making more than that an hour, or you value your own time, ask yourself, is that worth it?

In other words, don’t drive forty-five minutes from your home to save six dollars on fuel for your car. You’re wasting your time and more gas than it’s worth in the process. Be smart!

When you need five gallons of gas, which weigh about 31.5 pounds, don’t over think it. Just pay at the tank and get the show on the road.

Why You Shouldn’t Drive on an Empty Gas Tank

Driving on an empty gas tank is a bad idea.

Some people really like to live on the edge by rolling into the next gas station on nothing but fumes, but it can seriously damage your engine. You might find yourself calling a junkyard instead of a tow truck if you push that old car too far.

The gas tank is designed to predict a human’s capacity to overestimate. We often believe things will work out just fine and that fate is on our side, even when science and logic tell us otherwise. Unsurprisingly, this is true with the gas tank as well.

That little bell, the indicator light, the alarm on the dashboard – when it tells you it’s time to fill up, listen. You might believe you have 10%, maybe 15%, “in reserve,” but how do you know? Are you a mechanic? Can you see inside the gas tank? Probably not.

Driving on an empty tank can cause fuel pump problems. Some mechanics think that when the fuel pump goes, it’s time to call the junkyard as it is. It’s often the sign the car is on its last leg. This is true in old cars, especially when the sensors designed to inform the driver of low fuel are barely working.

You could also wreck the fuel filter by driving on empty.

And of course, you could find yourself stranded if the car actually runs out of fuel. Plenty of people think the light means now is the time to start looking for gas. The light means it was time, and you missed it. Finding fuel is now an emergency or you’re going to have to walk to the next gas station.

In Chicago’s often terrible and unpredictable weather (snow storms, hot days, severe storms), running out of fuel while on a long drive could pose a serious risk.

If you’re going to have to walk back with a gas can, you might be curious how much a single gallon of gas weighs (6.3 pounds). You’ll need more than a single gallon in most cases; a five-gallon can is going to weigh about 31.5 pounds.

The Weight of a Gallon of Diesel Fuel?

Diesel fuel is heavier than regular unleaded gasoline. It weighs about 7.0 pounds.

This is because the chemical composition of the fuel is different. The molecules are heavier. Even in the same volume (one gallon), diesel fuel will weigh a little more.

The big deal is that your car can’t run without fuel. The weight of a gallon of gas may seem irrelevant, but it’s an important part of many conversations.

Engineers calculate the weight of fuel to ensure safety and compliance in transportation, for example.

If you’re walking to the gas station to fill up your lawn mower, you might be curious how much that gallon weighs, too.

The bottom line is that if you’re sick of talking about gas prices and weights, you could look into hybrid cars, electric cars, or new forms of transit. To get rid of the gas guzzling vehicle you have right now, call a junkyard.