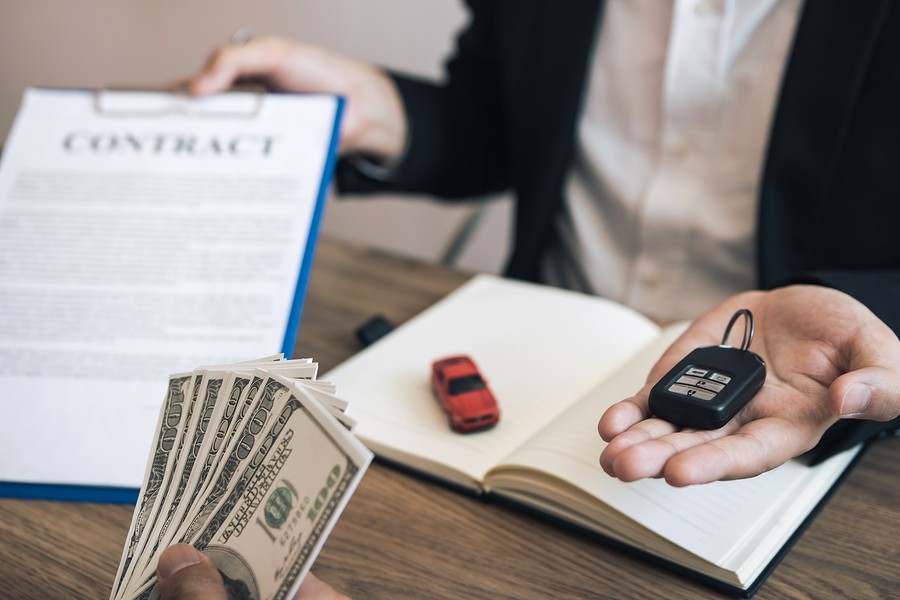 No one likes thinking that the car they invested their time and money in is now a worthless hunk of metal. But if you’ve suffered some catastrophic damages because of an accident, if you have a car that was simply left to rust and rot out in a field somewhere, or if it’s just been on the road for so long everything seems to have broken down at once and the cost of repairing it is far in excess of what it’s worth, you have a basic end-of-life vehicle on your hands and it’s what most of us would call a junk car. But “junk” is a relative term in this case, and that doesn’t mean it’s worthless by any means. You can still get some money out of it if you know what to do.

What’s a Junk Car Worth?

Even in the junk phase, the value of a car can be as eclectic and wide-ranging as the values of new and used cars. You could be looking at as low as $50 or as high as several thousand dollars if it’s a newer model. That range is unhelpful without some context, so let’s dig into what makes the difference here.

In terms of pure scrap, which is to say just the raw value of the metal that’s in your car, in the year 2020 you’re looking at anywhere from $50 to $100 per ton. The average car weighs around two tons so that could net you anywhere from $150 to $200 in raw scrap value. Again, that’s an average weight and your car isn’t 100% steel. A few years back you might have been able to get upwards of $500 for that same amount of metal, but the market has changed and now the demand is low but the supply is still high so prices have suffered as a result.

A Ford F450 Super Duty Crew Cab weighs about 8,600 pounds which, at the high end of pure scrap, would be worth $430, so there’s clearly a range we’re dealing with here. Because of market fluctuations and geographical differences, you can probably expect that the scrap value of most cars is around $200 to $300 right now. The market is volatile though, so it’s worth Googling values before you settle on anything and you’re well within your rights to call and ask any scrap yard what the make and model you have is likely to be worth. There’s even a scrap app you can get on your phone that can give you up-to-date scrap prices if you’re interested. Download it, use it, and delete it again if you don’t plan to make selling scrap cars a hobby.

How Can I Get More for a Junk Car?

If your car is 100% scrap, you literally cannot get more than the scrap value for it. It would be like someone offering to pay you $10 for a $5 bill. Doesn’t make sense, right? There are websites out there that may tempt you by saying they pay up to $500 or $1000 for your scrap car but the keywords to focus on are “up to.” They’re just not going to offer that much for the car when it comes down to it. But they do want to buy your scrap car, so that’s how they tempt you to go to them.

So if your car is not worth more than a couple hundred dollars, can you ever make more? Yes and no. No, if it’s 100% scrap, but yes if it is not 100% scrap. That means if there are usable and valuable, in-demand parts on the car, you may be able to get a few extra dollars. If the car actually runs still, that’s a bonus. A car that’s still functional may not be worth much, but the scrap yard may sell it at an auction rather than junk it so the dollar value to you should reflect that. It won’t be a windfall by any means, but it’s a few more dollars in your pocket. Check the Kelley Blue book for your car if it’s still functional to get an idea of what it should be worth, even if in very poor condition.

The salvage price of a car will be higher than the scrap price because of any useful parts. If your A/C is still keeping your car frosty, that’s value added. Things like working mirrors, airbags, and of course a functional engine and transmission are all going to up the value of a junk car.

Time is also a factor when it comes to getting the most bang for your junk car buck. You may not think of it in those terms but the longer you let a car sit and wait, the less valuable it becomes even in terms of scrap. The metal in your junk car is going to deteriorate over time and that means rust will eat up your profits. If you know you want to junk a car, no need to wait on it.

How is a Junk Car Value Determined?

You have a handful of things to consider in terms of what is going to set the value of your junk car. As we’ve already established, the scrap value is the bulk of it, but it’s not all you need to consider. You can also look at;

How to Get Your Car Ready to Be Junked

There’s a process you want to go through when it comes to junking your car. To start, you want to give it a thorough cleaning. By that we don’t mean wash, wax and detail. Just go through it and get what’s yours. Check the cracks next to the seats, in between upholstery cushions, under the mats and any other small spaces things may have fallen. You may have lost a few bucks in there, an old lighter, or something else worth keeping.

Give the trunk, the glove box, and the center console a good once over to make sure they’re free of important stuff or anything with your name and address on it. No sense tossing that out into the world. Make sure you have the title or can get it when you need it, and take the plates off. Consider swapping out the tires if they’re still in good shape with some that are bald or worn down and nearly junk themselves.

If you’ve been driving the car up to the point that it’s being junked, you may have a tank of gas in there as well. If there’s enough, you may as well salvage that too with a syphon hose and a gas can. There’s no point in throwing away a perfectly good tank of fuel.

Figure out what still works on your car that can be saved for extra cash. You want to consider things like the starter motor, the transmission, the engine, an entertainment system and so on. If you can remove it yourself, great! If not, let the salvage dealer know what’s there and make sure it’s figured into the value.

Don’t forget to cancel the insurance on the car if you still have it covered. You might even be entitled to a refund depending on when you do cancel the policy, so check with the company through which you are insured.

Where Can You Sell Your Junk Car?

Getting rid of a car is easier than ever in the internet age because there are dozens of companies you can find that will help you out. It’s a business after all, and the internet connects people like never before, right? You can also go the more traditional route and see what scrap and salvage yards are in your town.

The best thing you can do for yourself, in this case, is to be thorough. Describe your car exactly to the potential scrap dealer and provide pictures if need be.  Cover things like make and model, year, mileage, overall condition of the body and what still functions in the car. You should be able to get a firm offer upfront before you even bring the car to them.

Some less than reputable scrap dealers may tell you they need to see the car before they make an offer. You should be wary of those people, especially if they come to get the car, load it on their truck, and then try to lowball you. You should have a dollar value on the table that can’t be walked back and can only go up based on the extra value in parts. If they won’t commit to a number, use someone else.

Check to make sure the person you’re dealing with is licensed. In many states, they have to be licensed to deal with junked cars and salvage. That may not seem like a big deal at first, but it’s an extra layer of security for you. If your deal goes bad, if they promise one figure and don’t pay up, it’s a lot easier to get the situation straightened out with the proper authorities if the dealer is fully licensed.

If your car is being sold for scrap metal, then the dealer you go to is going to have to weigh it to get an accurate value. Hopefully, you’re dealing with a business that’s on the up and up, but you can never be too careful. You’re going to want to see the car being weighed and take a good look at the scale they use. A legit scale will have certification and it should have a date listed that says when it was calibrated.If the scale hasn’t been calibrated recently, if it’s not certified or worse, if they refuse to let you watch the scrap being weighed, those are all serious red flags.

Finally, when your car has gone to junk, you don’t just have to give it to a scrap yard. If you need the cash then by all means, that’s a great option, but there are also a number of charities that are willing to take old, junk cars and offer you a charitable tax deduction in exchange that’s usually pretty generous relative to the value you might get from the scrap. Sure it’s less money in your pocket but if that’s not an immediate concern then you’re doing something good that might help people in your community and you’ll reap the rewards at tax time which is a good deal as well.