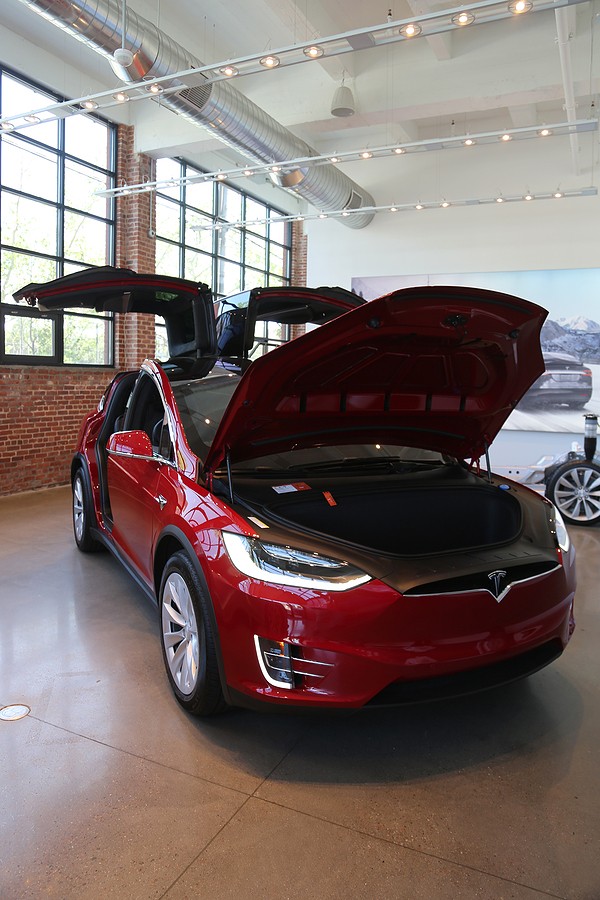 Are you in the market for a Tesla and you need a concrete answer to the question: “how long does a Tesla battery last?” We have the data and information you need!

Tesla is an American electric vehicle company that also offers clean-energy solutions. The company operates out of Palo Alto, California. Current products include electric vehicles, solar products, battery energy storage from home and other environmentally-based items for consumers. The company was founded by engineers Marc Tarpenning and Martin Eberhard back in July 2003. Elon Musk, J. B. Straubel, and Ian Wright are all co-founders of the company. Musk serves as current CEO of the brand. In 2019, Tesla ranked as the world's best battery electric passenger car manufacturer and best-selling plug-in with a strong and solid market share of 17% of the plug-in sector. The company held a 23% share of the battery electric segment. In the first half of 2020, Tesla vehicles accounted for 81% of the battery electric vehicles sold in the United States.

How Long Does A Tesla Battery Last?

Generally speaking, a Tesla Battery is warrantied to last at least eight years and should last beyond that time frame. Consider thinking of a Tesla battery as lifetime component of the Tesla vehicle – the battery should last for the life of the car.

Tesla vehicles are manufactured for sustainability and durability. Tesla owners have the understanding that the batteries are the most expensive component of their electric vehicle; therefore, Tesla created its battery capacity for the endurance of exceptional conditions. A private study that measured the Tesla batteries and their found that the Tesla electric car battery of a is capable of reaching 500,000 miles. So, those Tesla owners who seek an answer to the question: “How many miles does a Tesla last?” should set their worries aside.

How often do Tesla batteries need to be replaced?

Given that the Tesla batteries are manufactured to last between 300,000 and 500,000 miles, replacement should not be a worry that Tesla owners have. The estimated cost to replace a Tesla Model 3 battery is somewhere in the range of $3,000 $7,000.

Many experts say that owners who worry about replacing their Tesla electric vehicle batteries are worrying without reason.

How long does the battery last on a Tesla Model 3?

According to reports, back in 2019 current CEO Elon Musk stated that the Tesla Model 3’s battery is good for 300,000 to 500,000 miles. This equals 1,500 cycles. Another exciting and enticing statement from Musk also indicates that the he also added Model 3 battery’s design doesn’t allow for complete replacement of the entire battery, but rather allows for replacement of the modules, Because of this, the Tesla owner will save money on the battery. Musk also reportedly stated that the battery modules and modules will cost a Tesla owner between $5,000 and $7,000. The Model 3’s battery pack is equipped with a total of four battery modules- and is guaranteed to keep more than half of its capacity for 100,000 miles. The Model 3 battery has a warranty for the long-range of 120,000 miles.

Should I charge my Tesla every night?

According to Tesla standard recommendations, Tesla owners should charge their cars between 50-90% for daily routes and driving habits; of course, this depends on the needs of drivers and driving routines. For a Tesla owner to charge the car above 90% would indicate that the driver is planning on doing some type of distant driving- a long trip that lasts several hours- for example.  Many Tesla owners do not fully charge their cars but do keep the charge above 50%.  This gives the driver about 195-200 miles (approximately 313 km) of rated range to begin a day of activities.

The Tesla Model 3 is the top selling vehicle for Tesla and has been for the first part of 2020. In fact, the vehicle beats the Honda Civic in sales- and has become the top-selling passenger car- in California during 2020’s first quarter. Tesla, which is based in California, continues to see steady sales in California, its home market.

What model Tesla is the best?

As you may have guessed, the Model 3 is the bestselling model for the electric vehicle automaker. Back in 2019, reports indicated that the Model 3 took the title of “best-selling luxury vehicle” in the United States, with more the 140,000 bought back in 2018.

What If My Tesla Runs Out Of Charge?

If you encounter your Tesla stopping on the side of the road during some driving, it is recommended that you call a tow company that offers flatbed towing. But many experts say that this is a rare occurrence.

The Tesla is equipped for longevity. So even before you arrive at the point that your Tesla is about to lose its charge, the following will happen before hand:

You’ll get a warning

Your car will give you remaining range

As you are driving and navigating to your destination, your Tesla will know the remaining range and distance toward your final point.  The Tesla has the “mindset” that you are leaving one SuperCharger headed to the next one. If you have an energy usage is tremendously higher than expected while you are close to the last SuperCharger, your car will point you toward that last SuperCharger to charge your car even more.

Your car will recommend a specific speed for you

While you’re driving and begin to approach your destination and you are low on range, your vehicle will offer the recommendation of a particular speed reduction. This ensures that you reach your destination with charge.  For example, if you are driving 70 mph, your car may recommend that you drive 65 or 60 mph. And you’ll receive the reminder as you continue to drive, if there is no reduction in your speed. Your Tesla will also update the speed recommendation and make it very difficult to ignore these recommendations.

Battery symbol will let you know your range

When your range falls below 10%, the battery symbol will turn yellow and then it’ll turn red.

So, if you run out of charge while driving, you will have to place effort in that outcome. You will have gotten many warnings that are designed to get your attention, FAST. Some of those warnings include bells or chimes going off, exclamation points on the driver side and yellow pop up indicator lights on the main screen of your vehicle.

How Long Does It Take To Charge A Tesla At A Tesla Station?

Depending on the model of Tesla you’re driving and the kind of charger you’re using, the amount of time it takes for your Tesla to charge can be anywhere between 6 and 12 hours.  The fastest charging time happens in the battery’s nucleus, (often called the battery’s sweet spot) which is approximately 20% and 80% of a full charge. For many Tesla models, it takes about an hour to produce a 40%-80% charge, depending on how low the battery was beforehand.  Because of the way the ions in the battery respond to shifts in electrical charge, the more ions charged inside the battery, the more work your battery needs to do to seek and then charge the remaining few ions.

How Will I Know When My Tesla Is Done Charging?

According to Tesla: “Your Tesla can charge anywhere—with standard equipment and convenient options, including our global charging networks.” Additionally, Tesla also states that the best place to charge your vehicle is at your home during the overnight hours. Tesla recommends that you arrive home, you charge your car overnight and you can awaken to a full charge each morning.  “Charge your car from the sun and drive on sunshine by adding solar panels to power your home,” adds Tesla.

Your Tesla will show your battery charge. The vehicle is equipped with a diagnostics system that offers charging information to you. With this system, you’ll be able to view how much battery life you have and how much you need, to get home and charge again, if need be. It’s important to get to know your car and know specific information before buying a Tesla.

Looking to sell your Electric Car?