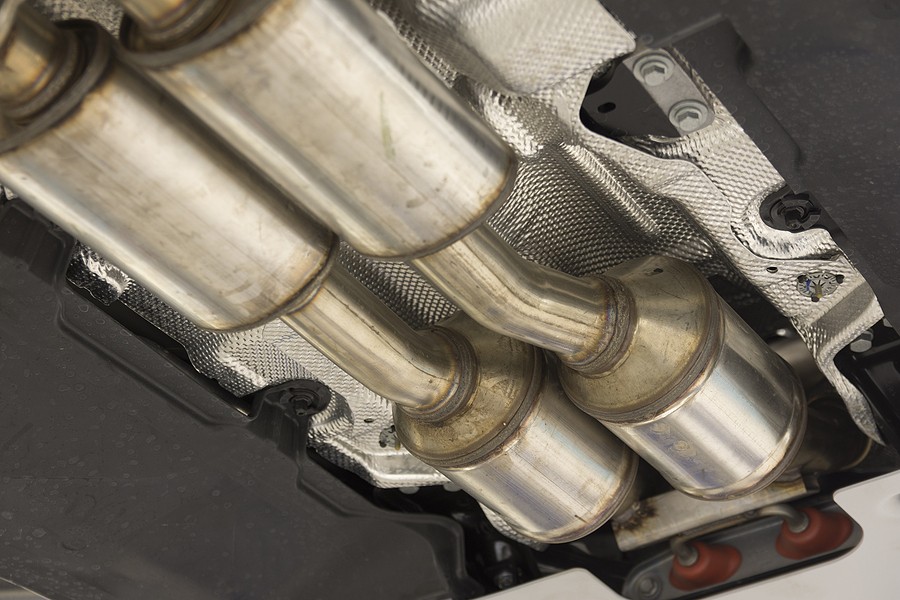 Who Invented The Catalytic Converter?

French chemical engineer Eugene Houdry patented what is believed to be the first catalytic converter in the U.S. He filed the invention in 1950.

How Long Does A Catalytic Converter Last?

How Do Catalytic Converters Work?

What Are The 3 Most Leading Failures Of A Catalytic Converter?

Spark plugs that misfire or don't fire at all force unburned fuel into your vehicle’s exhaust system. Since the catalytic converter can become very hot, this unburned fuel can ignite inside the converter resulting in complete or partial or melting of the ceramic catalyst.

When antifreeze or oil make their way into a vehicle’s exhaust system, this creates a thick soot and carbon that coats and clogs the air passages in the ceramic honeycomb catalyst of the converter. Now there are two issues. The first is carbon deposits that will keep the catalytic converter from doing its job of removing dangerous emission in the exhaust flow. The second issue: once the pores become clogged in the ceramic catalyst, exhaust flow becomes constrained, which in turn increases backpressure. With this in motion, you have exhaust and heat that backs up inside of your car’s engine. with that backup of excess pressure, this can lead to internal engine damage. Your engine has the ability to pull exhaust gasses-that are toxic and burnt- back into the combustion chambers, while reducing the efficiency of the next burn cycle.  Worn out and damaged piston rings, warped engine components, faulty valve seals or even failing gaskets, all possible reasons of this problem.

A failing oxygen sensor can potentially send incorrect readings of exhaust gasses to your vehicle's computer. The incorrect sensor readings can result in improper fuel mixture -that can be too lean or too rich. With a fuel mixture that is too rich, the catalyst can potentially melt down from fuel burning in the converter. Too lean of mixture can result in the converter not being able to perform the task of removing chemicals and toxic gases. Your car can also fail emissions and your annual State Vehicle Inspection too.

What Happens When the Catalytic Converter Goes Bad?

Your Check Engine Light Comes On

Once you have that illuminated and dreaded check engine light on, you are experiencing the first and perhaps the only sign of a bad catalytic converter. Once that light comes on, your car’s ECM or engine control module will house a diagnostic trouble code in its memory.

In some instances, the catalytic converter may become restricted or clogged, which will then create excessive exhaust backpressure. This pressure will choke the engine, and eventually lead to performance issues- lack of stalling and power- are an example.

For a catalytic converter that is severely restricted, that restricted converter can produce enough exhaust backpressure, preventing the engine from starting.

A catalytic converter has the task of cleaning up the harmful emissions your vehicle’s engine produces. If you have a faulty converter, you can easily fail your state emissions test.

What Is A Catalytic Converter Made Of?

The catalyst is crafted of a platinum-like metal or platinum itself. It can also have rhodium or palladium.

How Do I Extend The Life Of My Catalytic Converter?

How Do I Know My Catalytic Converter Needs to Be Changed?

Check out some of the signs it may be time to replace your catalytic converter:

If your car inexplicably and suddenly begins performing at a sluggish rate, then you may have a clogged catalytic converter. This also means that your emissions from your engine will not be cleared quickly enough. A slower rate of emissions flow prevents the engine from working efficiently.

When you have a clogged catalytic converter your car’s fuel efficiency is reduced. Why? Your engine will not be able to clear its emissions fast enough. Thus, your convertor will now be operating in suboptimal conditions and burn more fuel to generate the same amount of power. If you find that you are filling up a lot- despite no changes in your driving habits- then your catalytic converter may be the culprit. Ignoring the issue can not only cost you more in gas, but you run the risk of paying money for repairs.

If you are having consistent misfires as you drive your vehicle, a mechanic may need to look at your catalytic converter. Your converter may not be causing the misfires, but it can become damaged by issue- causing a breakdown of the mesh located inside- which has the job of filtering out your engine's emissions.

With a severely clogged catalytic converter on your hands, you won’t just be experiencing issues with your emissions. You may also experience problems while trying to start your car, due to emissions building up in the engine and choking out the ignition system. A malfunctioning catalytic converter can cause your engine to inexplicably and suddenly shut off, or just not start at all. Once this is the case, you have a real safety hazard on your hands. Your car could potentially turn off while you’re driving, due to the catalytic converter not being able to vent emissions fast enough.

Can You Clean A Catalytic Converter Instead of Replacing?

Think about the following:

Seeking To Sell A Car With A Bad Catalytic Converter?

Do you have a car that has a bad catalytic converter as well as other issues? Sell that car to Cash Cars Buyer! We purchase all makes and models for fair market value! We also offer:

Get the process started by clicking here and get rid of that car with the bad catalytic converter FAST!