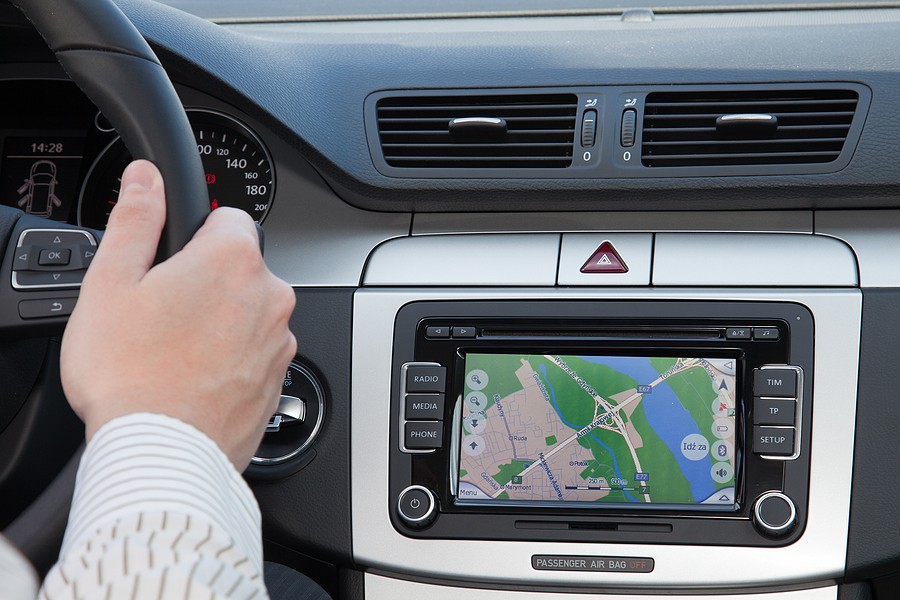 The GPS or the Global Positioning System is a global radio navigation system that features the constellation of at least 24 satellites. It was initially designed for the operation of the US military but today, the GPS is being used in many applications across the globe. It has been used for navigation, location, tracking, mapping, and timing. We use it on our phones, computers, and even cars. You might wonder how GPS works in cars. The GPS in cars works the same way as every other GPS does. Your car has a GPS receiver that picks up signal from the satellites and these signals contain very accurate and real-time data. It can then be used to plot routes of travel to a given destination, get sources of traffic information, get historical data, and a lot more. It can even give the location of your car when you use a GPS car tracker.

GPS is something we only dream about in the past but now it is a widely used navigation assistance throughout the world. It used to make the lives of the people easier, safer, and more convenient. Car owners now also enjoy the perks of GPS and most of the modern cars are now equipped with GPS. But what is GPS? What does it do and how GPS works in cars? Here’s what you need to know!

How GPS Works in Cars: What is GPS and How Does it Works?

To understand how GPS works in cars, we must know how GPS works first. The Global Positioning System consists of at least 24 satellites orbiting 12,000 miles above the Earth. There have been 31 operational satellites now in the GPS constellation. These satellites communicate using the transmission of microwave signals to identify or spot the receiver’s location.

The GPS was initially designed for the US Military and is owned and operated by the US Department of Defense. Today, the GPS is being used by many civilians around the globe and they can still continue to use it without any restrictions which enables the manufacturers to merge this technology into many applications and many products.

The GPS utilizes the Global Navigation Satellite System or the GNSS network that puts together a range of satellites that use microwave signals which will then be transmitted to GPS devices to provide data on the device’s location, times, direction, and even the car’s speed. It can provide real-time and the navigation history information on any kind of trip. These GPS receivers installed in the devices not only trace the exact location but they can also compute time and velocity since the GPS gives special satellite signals to them.

There are at least 24 GPS satellites orbiting above the Earth and each of them makes a full orbit of the Earth every 12 hours and constantly sends out microwave signals to the receivers. These GPS receivers are designed and programmed to be given information about where each of the satellites is at any given moment. The GPS receiver measures the time it takes for the signal to reach at its location from at least three satellites to find out its own location. The receivers can use time measurements to compute its distance from each satellite and this can be done in real-time since the microwave signals travel at a constant speed.

To make the information received by the GPS receivers more accurate, multiple satellites are being used to calculate the distance. The calculation or the method of finding the exact location is called trilateration. To get the exact location and the accurate data, the GPS receiver must know the location of the place traced by at least three satellites above that certain place and it must also know the distance between the place and each of the satellites. Since the microwave signals can travel at the speed of light, the receivers will be able to receive the data from the GPS satellites at the same time.

The GPS satellites transmit signals toward the Earth constantly including their exact position and the exact time as measured by an atomic clock. Through receiving signals from at least three satellites, the receiver can calculate and find out where it is. Each satellite sends its trajectory along with the other satellites in use and the transmission’s exact time. The GPS receiver will then use the information received to compute its position in three-dimensional space as a series of coordinates. It basically uses the “if the satellite is here and the other satellites are here and here, that means that I must be here” equation.

To put it in a nutshell, this is basically what happens:

How GPS Works in Cars: What is the GPS navigation system in cars?

The GPS today is being used in a lot of ways.  It is now used for commercial purposes, tracking, navigation, mapping, and a lot more. Now, let’s talk about GPS used in cars and its GPS navigation system. Many are wondering how GPS works in cars and what it does.

The GPS, as you might notice, comes as a standard equipment in most cars nowadays. Mazda is the one that introduced the first ever GPS system for automotive navigational use in 1990. It was only available in Japan and only for its high end Eunos Cosmo and this navigation system was actually built into the actual car.

How GPS Works in Cars: What is the GPS tracking system in cars?

There are different kinds of GPS tracking systems used in cars and knowing which one you have can determine how it is used and what it does. There is a passive GPS and an active GPS which is also known as a real-time system.

The passive GPS stores data or information until it is retrieved from the car. This type of GPS tracking system monitors the location and stores the data on the car’s journeys based on certain types of events. Like for example, it will store information about where the car has traveled for the past 12 hours. The data or information gathered is usually saved in the system’s memory card or internal storage. This data can then be downloaded to a computer afterwards or the following days or whenever it is needed for analysis. There are also instances where the information can be automatically sent for wireless download at a prearranged time or point and it can also be requested at a certain point anywhere throughout the journey.

The active GPS on the other hand transmits the gathered information to a central tracking portal connected to the central computer or the Internet. It can give a real-time update as it happens. This type of GPS tracking system can be useful when used for commercial purposes. It is best used for fleet tracking or monitoring or tracking people if you want to know where your kids or other loved ones are going. Many businesses also use this system to monitor their employees or their fleet vehicles.

How GPS Works in Cars: How do you track a car with GPS?

These uses of GPS are proven to be very useful to cars and drivers all over the world. How GPS works in cars is truly remarkable. Not only does it provide convenience, it can also ensure that your car will be safe.

In the US, it is said that there is 1 auto theft every 6.5 minutes according to the National Insurance Crime Bureau. Each car owner knows that there is really a danger in having your car stolen and that they could be the next victim. Car-theft can happen to anyone, at any time and anywhere.

Although there are car alarms and several types of security system in place, it seems like it is not enough anymore. When the car alarm has set off, people can quickly assume that the car owner just made a mistake with their key fob. Of course, car alarms should still be installed in your car for protection but you might want to consider adding an extra layer of protection such as a GPS tracker that can help reduce the risk.

Although it can still be possible for your car to get stolen, the GPS tracking system installed in your car will be able to alert you immediately. With the GPS tracker, you will also be able to track it and increase the chance of recovering it quickly.

The GPS car tracker is installed in your car and through it, the GNSS will be able to give real-time data and your car’s historical data. The GPS tracker can be placed on your car – if it doesn’t have one yet – by installing the tracker into the diagnostic port or the OBD port or by having it hardwired to your battery. The tracker itself is pretty small. It has an internal memory where the data is stored, a SIM card that can be connected to the internet, and a back-up battery.

The GPS car tracker can help you in several ways.

Knowing how GPS works in cars and how GPS works can give you an understanding where we are now and where our future is headed as the Global Positioning System will continue to improve and expand. Cars did come a long way since it was first introduced. Now, cars are well-equipped with features you have only imagined before.