How Do You Know If Your Car Won’t Start Because Of A Battery? 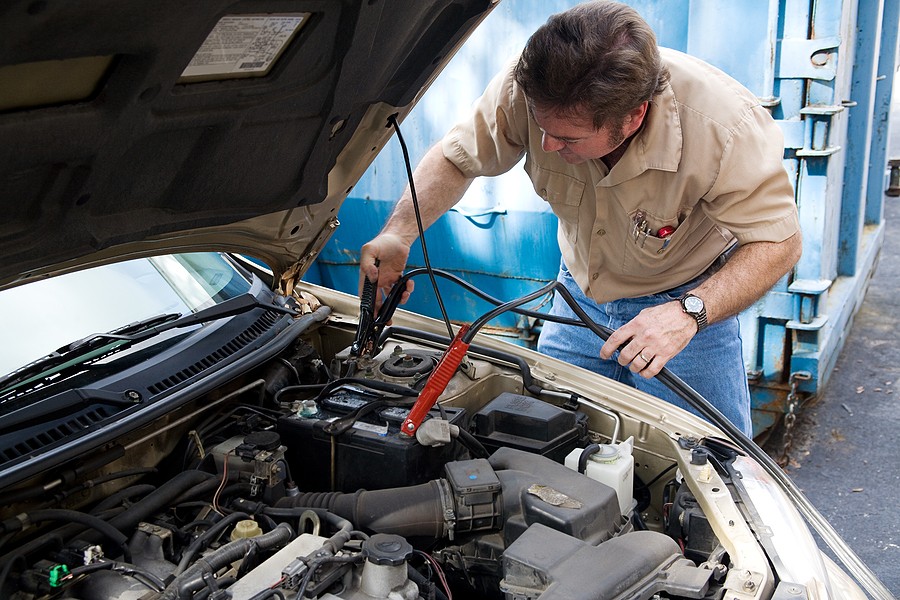 When your vehicle doesn't start, the first question that arises “how do you know if your car won't start because of a battery?” To confirm it’s your car’s battery, perform a quick jump start. If the car started, then the problem is definitely a bad battery. However, if the car did not start, then there is another faulty component causing the issue.

Starting issues can be very frustrating, especially if you try to get your vehicle going in cold early mornings. Since the battery is one of the most common reasons your vehicle has difficulty starting, you must familiarize yourself with ways to confirm that it's the battery, not any other faulty component.

This article walks you through ways to determine whether it's the battery preventing your vehicle from starting or another component. It also highlights the different components that work together in your vehicle to get the vehicle started so that you can get an idea about other faulty culprits.

How does your car start?

Before we dive into the details about “how do you know if your car won't start because of a battery?” We must highlight and understand all other components that are involved in starting their vehicle.

Many people think that your vehicle relies on the battery only as the main element involved in starting the vehicle. If that's not the case, then here are the components that typically work together to start your vehicle:

The battery is responsible for sending the large initial charge to get your vehicle going only. Therefore, the battery needs to be always charged and ready to send the electric current whenever it receives the signal from the other components we will highlight in this list.

Since the engine is a massive component in your vehicle, it cannot get started with that small electric current that your battery is sending. Otherwise, or manufacturers would put a huge battery to support the engine. Luckily, manufacturers decided to install what's known as the starter relay, which converts the small electric current from the battery into a larger current that is suitable to get the engine going.

The battery cables serve as the main pathways for the electric current to travel from the battery itself to the engine. Therefore, these cables are critical in the sorting process, and if they have any small problem, they can block the entire process and prevent your vehicle from starting.

How do you know if your car won't start because of a battery?

As we indicated before, any of the mentioned components in the sorting process can prevent your vehicle from getting started. In addition, problems with other systems like the fuel system or the engine itself might even prevent your car from starting.

Luckily, there are some specific practices that you can implement to confirm whether the starting issue is coming from the battery or something else.

The quickest way is to do a quick jump start. When you jump-start the car, you basically skipped the role of the battery, and even if your battery is in bad condition, your vehicle should be good to go and will start. However, if the vehicle did not start, it indicates another component that is causing the starting issue. So keep in mind that it might be a combination of a bad battery and a faulty component preventing your car from starting.

2-    Look for symptoms of a bad battery

Along with the quick jump-start, you can also keep an eye for symptoms of a bad battery. These symptoms might occur before you deal with the starting issue because the battery will not suddenly break down unless there is a severe internal issue.

Whenever you notice any of the mentioned symptoms, you must immediately have your car inspected by a professional mechanic. The earlier you detect the problem, the easier it is for your mechanic to resolve the issue with the cheapest costs. The last thing you want to deal with is starting problems when you're nowhere and when there's no help nearby.

Can a weak battery cause a car not to start?

Yes, it might. When your vehicle's battery is approaching the end of its lifetime, it might not be able to hold the charge, and that's what automotive experts refer to as a weak car battery. With a weak car battery, the battery won't send the right amount of electric charge that can start the engine.

In that case, you might notice that the headlights turn on, or you might probably be able to turn on the radio, but you can't get the engine to start. This is not surprising because of the limited battery charge that might start these smaller electric components but not the engine.

When your car's battery is weak, even after performing a quick jump start, the battery might not hold the charge no matter how long you drive the vehicle. Therefore, if you realize that the issue has to do with a weak battery, you must prevent turning off the engine and locations far from repair shops. Therefore, you would want to get to the independent shop as soon as possible to resolve the issue before getting stopped without a working vehicle.

Some people might say that we can rely on a jumpstart to get the vehicle going again, but that's not advisable. Experts indicated that relying on a jumpstart as a permanent solution is not recommended because it could damage sensitive electric components in your car, especially if you're driving a modern vehicle.

What does it mean when your car won't start, but the battery is good?

When you confirm that your battery is in good condition but your vehicle can't start, the problem might be related to various other components. For example, if you go through the list of components involved in the starting process, one of them can cause your vehicle not to start.

How much does it cost to replace a car battery?

The battery itself is not very expensive, and replacing the battery should only cost you between $50 and $120. Obviously, the battery replacement costs depend on your vehicle type and where you get the job done.

Many people prefer to replace the battery by themselves without needing a mechanic to save a ton on labor costs. First, however, you must evaluate whether you have the right mechanical skill sets to replace the battery without causing issues. Experts indicated that most DIYs do not work the first time. Make any simple mistake around some of the sensitive components. You might introduce damages that could cost you thousands of dollars which are beyond the placement costs of the battery.

How long does a car battery last?

In general, your car battery should serve you somewhere between three and four years. However, many drivers indicated a failed car battery at less than two years, while others had their batteries served them up to six years.

You must perform all necessary maintenance to your battery to prevent premature damages and keep an eye for symptoms of a bad battery to take care of them immediately before the battery completely fails.

Once you approach the four years in closer than five years, you must evaluate the situation and discuss with your mechanic whether it's not the right time now to replace the battery with a new one.

When your car doesn't start, the first question that comes to mind is, “how do you know if your car won't start because of a battery?” Of course, it won't; the car's battery is the first thing you need to check whenever you are dealing with starting problems. However, that does not necessarily mean that it's always going to be the battery.

To quickly determine whether it's the battery or not, you can perform a jumpstart that eliminates the job of the battery and continuously starting the process without needing the battery. For example, if the car started, it's a bad battery, but it could be an issue with another component if the car had difficulties.

If your car has other major problems unrelated to the battery, it might not be worth investing your time and effort in installing a new battery. Instead, experts recommend that you evaluate whether it's worth selling your vehicle at this point and using its value towards a better car that serves you better without any starting issues.

PrevPreviousIs It Safe To Drive With A Bad MAP Sensor? All You Need To Know
NextWhy Your Car Won’t Stop Clicking and What You Can Do About itNext