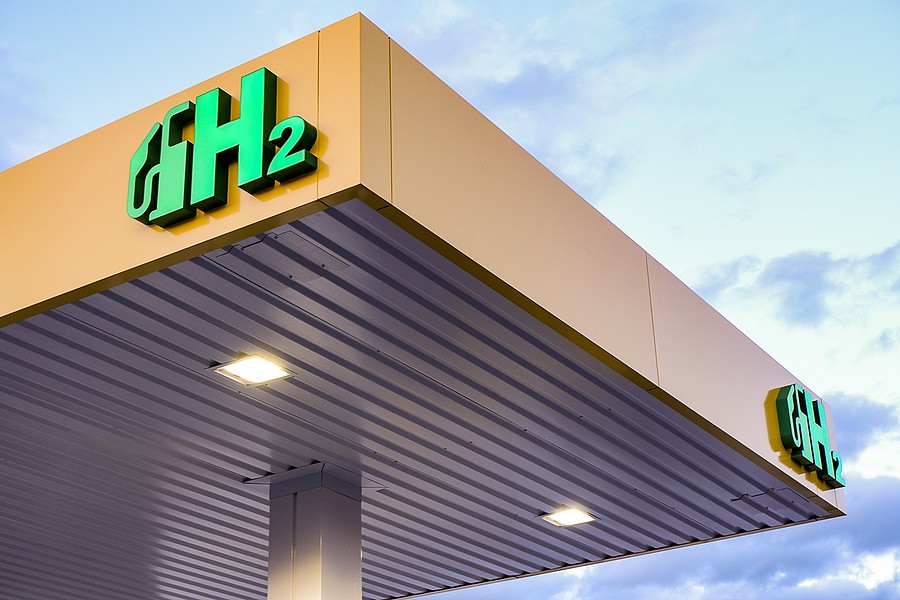 Understanding how do fuel cell cars work is an essential information if you're planning to drive one of these cars soon. The main energy source for these cars is a hydrogen cell that relies on an electrochemical reaction to generate electricity and power the car. These cars do not emit any harmful gases, and the only byproduct is warm water or hot air.

Fuel cell vehicles, or what's known as the FCEV, are one example of popular vehicles that do not produce any harmful gases to the atmosphere. The idea behind these vehicles is to produce energy and get the vehicle going without needing the combustion system using gasoline or diesel.

This article provides you with all you need to know about “how do fuel cell cars work?” More specifically, it highlights the idea behind fuel cells and how they were incorporated in vehicles to get the energy needed in no time without creating any harmful byproducts. It also highlights the main pros and cons of fuel cell cars.

What are fuel cell cars?

Fuel cell cars are an environmentally friendly alternative to conventional vehicles. These cars rely on hydrogen as the main source of power instead of the conventional gasoline combustion system.

One of the biggest benefits of driving a fuel cell car is that you don't have to worry about emitting harmful gases because the only thing that comes out of the tailpipe is warm air or water vapor.

Currently, companies are at only the early stages of designing and distributing fuel cell vehicles. That's why you might not be familiar with them as much as they popular battery electric vehicles or BEVs.

Many governmental agencies are working very hard to encourage producing affordable fuel-cell cars that can be in the hands of any resident. For example, the US Department of Energy is working on intensive research to produce these affordable cars.

When driving a fuel cell car, you won't only benefit the environment, but also you will save a lot on taxes. Since the fuel cell cars run on hydrogen, which is considered one of the alternative fuels according to the energy policy act of 1992, any customer who drives these vehicles is qualified for many tax credits.

How does a fuel cell produce energy?

Fuel cell vehicles rely on a special fuel cell that produces electricity using chemical reactions between oxygen and hydration. The nice thing about these cells is that their actions happen inside the vehicle, and there is no need to charge the car using external outlets. Thus, your fuel cell car will continuously recharge the energy by itself without needing any external source of electricity.

The fuel so consists of three main components:

Since the fuel cell doesn't have any moving parts and does not rely on mechanical energy, you won't hear any noise in the fuel cell cars. Also, they generated heat for four other functions in the vehicle, like the heating and cooling systems.

How do fuel cell cars work?

When you drive a fuel cell, electricity is delivered from the fuel cell or the battery pack to the motor using a simple transmission. In these vehicles, you will only see a specific controller that monitors the behavior of electrical current through all components. This controller is responsible for maintaining the right torque, speed, etc., when driving this vehicle.

Since the fuel cell produces a lot of heat, a specific cooling system is responsible for maintaining operating temperature for the power electronics, the electric motor, and the fuel cell to prevent any damages from excess heat.

When you run out of electricity, certain pressurized tanks store hydrogen fuel. However, refueling the vehicle with hydrogen is not as simple as refueling the car with oxygen. This is because the fuel filler does not look as simple as the nozzle you'll see in a gasoline system. Instead, it is more complicated and requires certain skill sets. Thus, this might be one big drawback of hydrogen fueling as it takes a significant amount of time compared to refueling or gasoline vehicles.

What are the benefits of vehicles using fuel cells?

Fuel cell cars are considered one of the most environmentally friendly cars that do not produce any harmful gases. Although that's not the only thing you'll get when driving such a vehicle, let's take a closer look at some of the main benefits you'll get from driving a fuel cell car:

Since fuel cells rely on electricity as the main energy source, you don't have to worry about loud engine noises through the combustion system. Instead, the experience is pretty much the same as driving a regular electrical car.

One of the biggest drawbacks of electric cars is that they take a long time to be charged. It takes you at least 30 minutes, if not hours, to get an electric car moving. However, with a fuel cell car, all it takes you is less than five minutes to get your car fully charged.

Another main benefit you'll get from driving a fuel cell car is a longer range or longer distances. Unlike electric cars, fuel cell vehicles can get you up to 300 miles without any issue. Therefore, the fuel cell cars introduced a new innovative approach to have people enjoy longer trips without harming the environment by producing harmful emissions.

Electric cars also are impacted by temperature, and during extreme temperatures, electric vehicles ranges can be affected significantly. However, with the fuel cell cars, the range is not impacted by the temperature at all. Plus, customers do not have to worry about losing charge or reducing ranges when the temperature is very hot or very cold.

What are the main disadvantages of fuel cell cars?

Although fuel cell cars come with a variety of adventures that attract many customers, there are still some drawbacks that you need to be aware of to prevent surprises when driving this type of vehicle.

As we indicated before, refueling is the biggest challenge facing all fuel cell cars because it takes a lot of time, and it is not as intuitive as the simple nozzle you see when fueling a gasoline car. Also, there are not as many fueling stations for this type of vehicle around the States and even in Europe; therefore, it will take some time before you find it accessible to refuel your vehicle without needing to drive extended distances. For example, there are only 40 stations that could support fueling the fuel cell cars in the United States.

Moreover, fuel cells need to be stored under certain pressure and temperature, making them difficult to store in vehicles.

Finally, several customers indicated that electric motors of fuel cell cars are not that durable, which means that they break down easier than gasoline motors. Thus, you would expect higher maintenance and repair costs.

Hydrogen is very flammable, and according to the OSHA, hydrogen cells must be stored in a certain container under specific temperature and pressure to prevent any hazards. Although that's the case, automotive experts and automakers are handling the storage properly, and there hasn't been any reported explosion for hydrogen fuel cells.

Why are hydrogen cars not popular?

It's not surprising to hear that hydrogen cars are not that popular, especially when compared to battery-electric cars. This is because hydrogen cars are still under the early stages of implementation. There are not as many numbers of fueling stations around the states.

It's also expected that the hydrogen cars will be more popular over the years, and as companies produce more of these vehicles, how long will the hydrogen fueling stations.

The good news is that hydrogen cells are designed to last if a lifetime with the vehicle. So, expect your hydrogen cell to last up to 200,000 miles, if not more, when taken care of properly.

It depends. In general, both hydrogen fuel cells and electric batteries do not produce any harmful gases, so you improve the atmosphere at the end of the day. Therefore, you do not contribute to air pollution when driving either of them.

If you're looking at energy-wise, hydrogen cells are better than electric batteries because they produce more energy and allow your vehicle to drive longer distances without worrying about range anxiety.

Also, Charging the hydrogen fuel cell does not take a lot of time, and instead of the hours you spend charging the electric battery, with hydrogen cell, you don't have to charge it more than five minutes.

Since fueling is one of the biggest challenges that face hydrogen fuel cells, choosing electric batteries might be better if you worry about finding a fueling station nearby. However, this might not be the case in the coming years because it is expected that more and more hydrogen fueling stations will be present in the United States.

What happens if a hydrogen car crashes?

That is a great question! According to experts, hydrogen cars are designed to allow hydrogen to dissipate without causing any harm. In other words, you don't have to worry about explosions when a hydrogen car crashes with another vehicle.

Understanding how fuel cell cars work is essential information for people interested in driving this type of vehicle. The idea behind the fuel cell car is that you rely on electrochemical reactions to produce electricity while not generating any harmful gases.

Although fuel cell cars bring a lot of benefits not only for the environment but also for peoples budget, fueling is one of the biggest challenges that faced this type of car. Still, governmental agencies and large automakers are working on improving the experience with fueling and adding more stations around the states.

If you're interested in purchasing a fuel cell car and struggling with the down payment, your old vehicle can help you. Did you know that you can sell your old car to Cash Cars Buyer and get it removed within only one to three days? Yes! Cash Cars Buyer accepts your car no matter what and despite its type or condition!