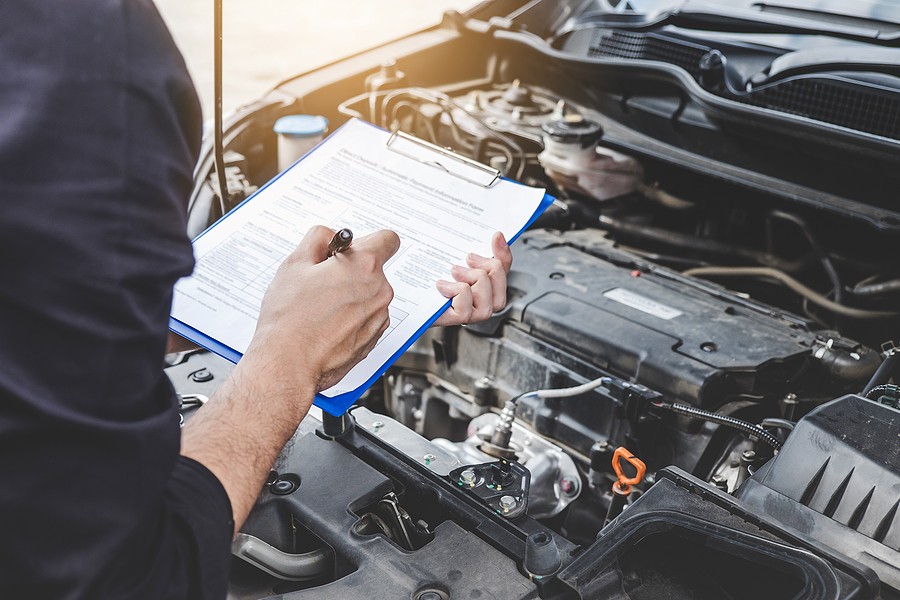 The vehicle’s belts are necessary to the air conditioning, cooling, power steering and charging systems to function. Older vehicles use V-Belts for different accessories. However, for newer vehicles or engines, there’s usually one belt that does it all, it is called Serpentine Belt. This one long continuous belt is responsible for driving many of the engine’s accessories. Usually, there is a belt tensioner or idler pulley to steer the belt as it moves. The serpentine belt is used to turn the alternator, water pump, power steering and the air conditioning compressor.

The Serpentine belt is also called an accessory belt. It is the main engine belt that you see when you pop the hood open. These belts can be easily identified by their recognizable ridges that run the length of the belt on one side. Maintaining the grip when turning the accessory pulley is easy with the help of the ridges. You may be surprised to learn that the engine accessories did not get their power from the batteries, they are getting it from somewhere else.

Instead of serpentine belts, older engines have V-Belts. These are smaller and thinner compared to the serpentine belt and usually connect one accessory to the crankshaft. You will typically see more than one V-belt in an engine, but never multiple serpentine belts.

It is best practice to always check V-belts and the Serpentine belt to know if it is loose and know its general condition. Immediately replace V-belts when frayed, cracked, glazed or showing any signs of excessive wear. Weird noise in the belt system is usually a major sign of wear and the smell of burnt rubber can be an indication of a slipping belt. You have to put into consideration to inspect all the components in the serpentine system before changing a serpentine belt because tensioners and pulleys wear at the same rate as the belt.

Ideally, the serpentine belt should be replaced every 60,000 to 90,000 miles. On the other hand, the typical V-belt replacement schedule is every 40,000 to 50,000 miles. When it comes to timing belts, the owner’s manual should be consulted for the best replacement interval.

As experts put it, a busted belt can be detected with simple routine maintenance. If you want to avoid the hassle and the expense of a sudden engine trouble, always follow the when and hows on your owner’s manual in inspecting and replacing belts.

Symptoms of a Worn Serpentine Belt

If the anterior part of your vehicle is making squealing sounds, it is possible that the serpentine belt is slipping or misaligned. Occasionally, it might just need realignment or proper tensioning of the serpentine belt to fix the problem. Otherwise, the belt is probably busted and will need to be replaced.

Extreme weathers are never friendly to your vehicle, especially the cold winter weather. Strange noises can be a result of ice accumulation on your vehicle’s wheel well. However, if you hear squeal, then it could be the engine belt or serpentine belt. On numerous occasions, it will be the serpentine belt that is making these strange noises. The noise may even sound more horrible as you step on the gas pedal to increase speed.

Here is a list of the most common reasons your serpentine belt is making horrible noise when accelerating or when it’s cold.

Belt is Worn Out

Typically, serpentine belts used to last about 50,000 miles in older vehicles. However, due to the advancements in rubber technology, newer serpentine belts are made from highly durable synthetic rubber and can last much longer than before. This highly durable synthetic rubber’s scientific name is ethylene propylene diene terpolymer (EPDM). Under perfect or ideal conditions, a belt made from EPDM should have an average lifespan of 60,000 to 100,000 miles. Subsequently, you should notice the ribs of the belt getting worn out. Belts with worn out ribs will move poorly over pulleys, and will create all kinds of noises. Cold weather or extreme cold temperature can make the rubber become brittle, therefore, it can deteriorate the belt faster too.

It is important to take care of the loose serpentine belt problem quickly because if not, the entire belt could easily slip off the pulleys. This will result in your serpentine belt to cause more noise because all of the important engine accessories will stop functioning suddenly and simultaneously.

The serpentine belt’s optimal performance can be achieved once it is given the proper amount of tension by a device called driver belt tensioner. Basically, the tensioner is a pulley connected to an adjustable pivot.

You might still hear some noise despite having a serpentine belt that is still in good condition. Oftentimes, it is just because of a misaligned belt. If you or your mechanic recently replaced the serpentine belt in the system and you still hear some horrible or annoying sounds, then it is possible that the job was not done correctly and the belt was not aligned properly to the pulleys. In other instances, a worn out tensioner could cause the misalignment if the belt is loose.

In most cars, the serpentine belt can be easily accessed. If you are wondering if your serpentine belt is already worn out, just pop the hood open and look at the belt yourself. If you find visible damage or cracks anywhere on the belt, this means the belt is bad and  requires replacement as soon as possible.

If you ever notice the engine whining whenever changing speed, you may want to have the tension of the serpentine belt checked. Having a belt that is too tight puts your engine in danger because it puts excessive load on the bearings in each of the accessory pulleys and most of the time causes premature failure of those components.

Excessive tension on a serpentine belt due to it being too tight can overload the water-pump shaft bearings and cause the pump to fail. If you are suspecting that the serpentine belt is too tight, the best thing to do is address the issue right away to prevent expensive engine damage caused by overheating.

The serpentine belt is what drives the water pump which aids the cooling of the engine. Having a damaged or worn serpentine belt makes it difficult to activate the water pump. In this case, the engine will start to overheat since it cannot be cooled down anymore. This is what happens when you see the temperature gauge on the dashboard indicates that the needle is moving towards the red zone. If you let this continue for too long, the engine could get seriously damaged.

If you suddenly lose power in the middle of a long drive, pop up the hood to check if your serpentine belt is still attached. Even if you are able to get the vehicle started, a broken or  snapped serpentine belt will not allow the alternator to charge the battery.

The car will eventually die from the electricity used by the spark plugs, the headlights, and the radio without the alternator’s charge. Oftentimes, a vehicle can run without a fully functioning alternator for a bit of time, but not for long. You may experience a similar symptom as a snapped or broken belt if the belt is too loose to maintain grip on the alternator pulley.

Replacement Cost of a Serpentine Belt

Replacing a serpentine belt can be very expensive whether it is loose or broken. In most cases, the replacement cost can cost between $100 to $200. The belt itself can be affordable that can go between $25 to $80. On the other hand, the labor costs can be very pricey. It can cost from $75 to $150, taxes and fees will also be added onto these prices.

If your car has two belts, experts recommend replacing both at the same time to minimize the labor costs. It is also a good habit to replace an old serpentine belt before going into long road trips.

There is no need to go to a repair shop if the belt can be easily accessed because you can do it at home with minimal tools. In some cases, a belt can be easily removed by loosening a single bolt. However, newer vehicles have a belt tensioner and you have to pull on with a wrench to loosen the belt. The ideal practice in replacing a belt is to consult your manufacturer’s repair manual for your specific vehicle to check if you can do it yourself.

In many front-wheel drive vehicles with a transversely-mounted engine, the space between the engine and the frame is tight and changing a serpentine belt can be really tricky. A special tool is needed to release the belt tensioner in some cars. The experts recommend comparing the old belt to the new one to make sure the part is right before purchasing it.

The serpentine belt is certainly one of the cheapest components of an engine you will ever have to replace. As experts say it, “prevention is better than cure.” It is better to replace it immediately than risk more expensive components getting severely damaged.