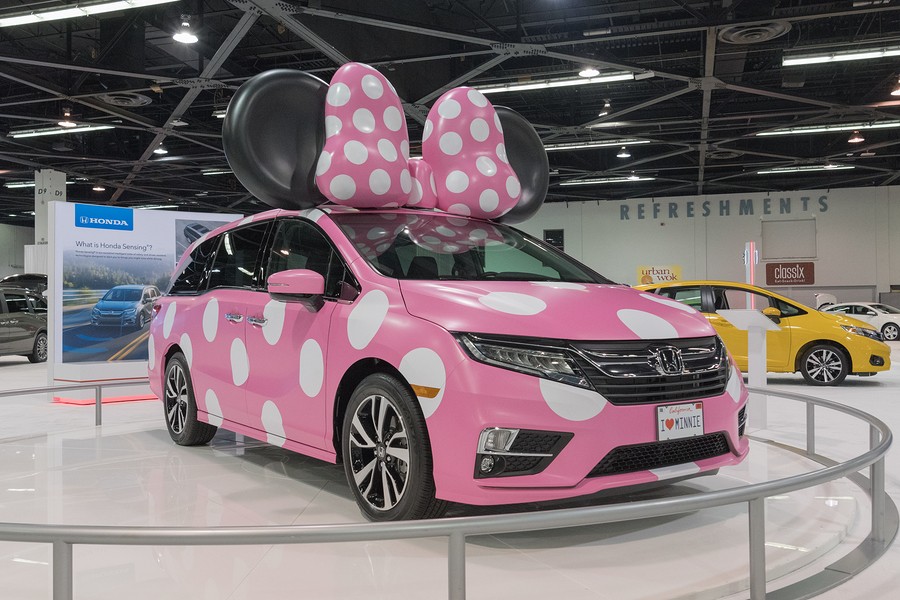 Despite being an extremely popular car brand, Honda has experienced numerous problems with their Odyssey model. Throughout the years, the Honda Odyssey has experienced transmission problems in many of their cars, with a more prevalent problem during the years of 1999-2004. The most common Odyssey transmission problems cost an average of $3,300 to fix, and typically occur at 114,000 miles.

History of The Odyssey Transmission Problems

The timeline of the Honda Odyssey Transmission Problems can be seen since the early on in the company’s history. Honda began marketing and manufacturing the Odyssey in 1994, creating a smaller minivan for the middle class market. Since 1999, Honda has made a bigger version of the Odyssey in North America to fit bigger families and more items. Unfortunately, 1999 is when the transmission problems began, citing issues with the transmission durability in the 4-speed automatic car.

The Honda spokesperson stated that the 4-speed models were characterized by a faulty bearing which would break apart, and send fragments of metal into the passageways in the transmission, causing it to shift unintentionally. Honda’s response was to extend the warranty on the 1999-2001 models to 7 years.

Honda tried to remedy the issue by including a 5-speed automatic transmission on the 2002 Odyssey, but that transmission system experienced problems as well, with users citing reliability problems. The 5-speed models were generally damaged by the wear and tear of the third gear clutch. The clutch material would become afflicted by abrasion, which would scatter bits around inside the transmission, causing erratic shifting once more. Drivers would succumb to slipping or not being able to shift between gears while driving.

Beginning Of The Transmission Problems

In addition, the Hondas have reports of ignition failure due to the switch problems, which causes an extremely dangerous situation where the car can just turn off while you’re in the middle of driving at high speeds. If you don’t feel comfortable owning a Honda Odyssey, you can always sell your car to avoid the transmission problems.

Some users have noted that this model of the Honda Odyssey experiences transmission problems and failure without any real warning signs before failing completely. You might be driving down the road and have no warning lights or no symptoms, and then your car will just fail. This is dangerous if you are in an area that doesn’t have resources and people to help you.

The reported repairs that can fix your failed transmission are to replace the transmission, PCM, valve, and sensor. There are multiple reports of this transmission failure not being the first for the 2000 Honda Odyssey owners, causing them to second-guess buying a Honda Odyssey in the future.

Even though the lights coming on are not the most severe issues when it comes to cars, transmission failure is something that needs to be fixed. The problems typically occur at an average of 126,000 miles and will cost about $3,500 to fix. The main solution to the problem is to replace the transmission, with some users needing to also replace the torque converter for a complete repair.

The additional problems that users have reported with this model are the transmission slipping and banging while shifting, transmission disengaging while using, showing a Code P0730, flashing D light, losing gears, accelerating without meaning to, shaking when shifting, and leaking transmission fluid.

Dealing with the major problem, the transmission failure, this will be the most common fault htat Honda Odyssey 2002 users associate with their car. The typical cost of repair is around $3,400 and occurs at just below 100,000 miles. The solution to this problem is to replace the transmission.

The 2003 Honda Odyssey continues with the worst models of the Odyssey car, arguably between the years of 2002-2004. The 2003 model has numerous reports of the transmission failing, slipping, hesitation between gears, jerking when shifting, whining, and shaking at higher speeds. With this many problems, you might want to consider selling your car to a reputable source.

Unfortunately for Honda owners, rebuilding your transmission might only be a little bit less money than replacing it completely, making you wonder if it’s really worth it. Some people have been quoted at around $3,800 for a rebuild, compared to $4,000 for a replacement, which is questionable in terms of fair pricing.

The 2005 Honda Odyssey is where the company finally got it right. When looking at the model as a whole, the transmission problems are listed in the middle of the pack in terms of issues that owners have reported, compared to the top for all previous years. The owners reported many more issues with body and paint problems than transmission problems for the 2005 version.

The 2006 Honda Odyssey had better reports of their transmission performance according to the Consumer Reports online edition in June 2016. In 2007, the Odyssey was the best selling minivan in the United States. In 2008, the Honda Odyssey received a new look, and included some high-tech features like an audio jack and backup camera.

Fortunately, the solution much of hte time did not require a full replacement of the transmission system to solve the problem. There are other methods, like a transmission flush, that your technician can try to save the transmission. However, if this doesn’t work, then buying a new transmission will cost around $3,000.

Honda uses a 10-speed transmission in the vehicles that were recalled. A loose battery terminal connection, or a faulty battery, were the cause of the transmission issues which caused it to intermittently reboot – unintentionally. When the unit is forced to restart, it might automatically shift the transmission into park position, which could be very dangerous while driving.

Honda dealers came up with a remedy to the problem by ensuring that all battery connections were secure when owners bring their cars in. They also said they would update the TCU software, which would change the action of the transmission if a reboot would occur.

What If I Can’t Spend The Money To Get A New Transmission?

If you have experienced a whole host of Honda Odyssey transmission problems, then maybe you just don’t want to deal with that make and model of car anymore. After all, with a company that has so many reported transmission problems, we don’t blame you for being a bit skeptical. If you want to save money for a new car, bring your junk car into CashCarsBuyer so we can give you a fair quote for your vehicle – this way, you can walk out with some quick cash for your next vehicle purchase!