Honda Fit vs Toyota Yaris: Which Model is Best for You? 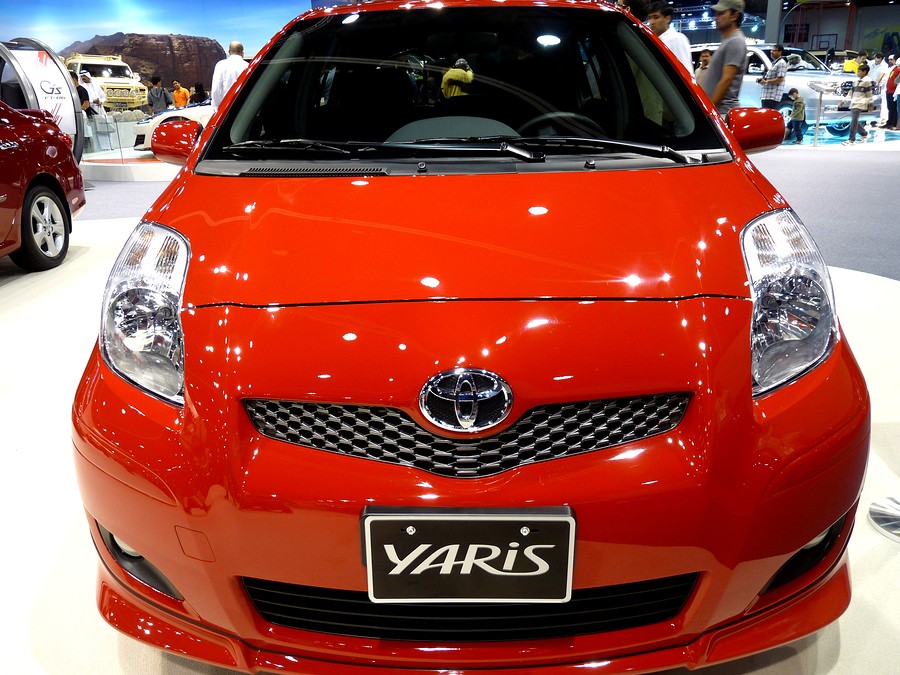 In the battle of subcompact cars there are few fights more perfectly suited for each other than the Honda Fit vs Toyota Yaris. These small but mighty vehicles have a lot to offer drivers and a very reasonable price attached to them as well compared to other cars on the road. Because they seem like such great deals and they have such similar options available, it can be hard to figure out exactly which car is going to best suit your needs. In order to help narrow it down for you, we’ll go over some of the most important parts of each vehicle point-by-point so that you could determine which car is going to be best for you.

Both the Toyota Yaris and the Honda Fit are subcompact cars that are definitely meant for function rather than a flash. No one is buying a Yaris or a Fit to tear up the highway or re-enact any scenes from “The Fast and the Furious”. But that doesn't mean that either one of these cars should be underpowered or not fun to drive either.

Both the Fit in the Yaris have nearly identical 1.5L inline-4 engines. The Fit can pull out 130-horsepower while the Yaris has 106-horsepower. The difference here is going to be that the Yaris gives you a little extra zip and pickup when you're driving compared to the Fit but not by much.

Last year the Yaris had either a 5-speed manual or 4-speed automatic transmission that was a little old and clunky and made the Fit more of a zippy vehicle to drive. But since then Yaris has updated their transmission to the same 6-speed Honda has, allowing them to race to the head of this competition.

Both vehicles offer you a standard three-year / 36,000-mile warranty or the extended five-year / 60000-mile powertrain warranty.

With the updates that Toyota has put into the Yaris in terms of transmission for 2020, we're calling the performance contest in their favor. The Toyota Yaris wins.

When it comes to affordable cars both the Honda Fit and the Toyota Yaris are standouts in their class. You're getting a relatively good deal on either one of these cars, but there is some difference. Honda offers four trim packages for the Fit while Toyota has five different levels available for the Yaris.

The highest end Yaris is the Yaris hatchback XLE which has an MSRP of $18,750. If you load it down with as many features as are available, then you're looking at about a $20,000 vehicle in total.

The highest-end Honda Fit model is the EX-L model which has a starting MSRP of $20,620. Honda offers a lot more extras for the Fit than Toyota offers for the Yaris which means that if you really go all in on all the bells and whistles, you can get a fit EX-L model up to about $30,000.

In terms of fuel economy, when you compare the combined city and highway gas mileage, the Toyota Yaris average is 35 miles-per-gallon. The Honda Fit on the other hand has an average gas mileage of 31 miles-per-gallon. That means Toyota is giving you a slight Edge when it comes to trips to the fuel pump over the course of a year.

If you are worried about incidental expenses like what you might have to pay for repairs in the course of an average year as the owner of either a Honda Fit or a Toyota Yaris, then you're in luck. The website Repairpal.com averages the reported repair bills from car owners over the course of a year to let you know what you might be getting into.

Taking into account the sticker price, the fuel economy, and your average repair bills, it's a clean sweep for the Toyota Yaris in terms of affordability. Of course, the Honda Fit is still a good deal, but it's just not as good as the Yaris. For this round Toyota Yaris wins.

Both the Honda Fit in the Toyota Yaris have seating for five and being subcompact cars there's not a ton of room in them for everyone. The Fit reportedly has a little more passenger room and the seats are a little more comfortable.

The Fit also has more cargo space over the Yaris if you're looking to pack up some groceries or sporting equipment. The Honda Fit also has something that they call the magic seat, which allows you to move and fold the seat down in a variety of configurations in order to pack some more things into the back.

In terms of multimedia stuff, the Honda Fit is a little behind and on the base model you will only get a 5-in touch screen. Compare that to the Toyota Yaris and its 7-inch screen. You can upgrade to a 7-inch in a Honda Fit if you pick a higher trim package, but for base models Toyota Yaris is ahead here.

Apple Carplay and Android Auto are available in both the Honda Fit and the Toyota Yaris and both offer USB ports, though the Yaris has two and the Fit only offers one. Both offer remote entry features as well.

Neither model offers an incredible range of features, but these are subcompact economy cars so you're not going to be finding the same kind of amenities that you'll find in a Lexus here. For the price that you're paying though, the value is definitely present, and both offer similar features. At the end of the day it looks like the 2020 Yaris might just be edging out the Honda Fit in terms of available features. For this round the Toyota Yaris wins.

Insurance Institute for Highway Safety crash testing places the Toyota Yaris with a very good rating across the board. The Honda Fit is on even footing with the Yaris in that regard. Both performed exceptionally well in all the crash tests they were put through.

In terms of safety features the Honda Fit has a rear-view camera and features like airbags even expecting any modern vehicle. More in-depth safety features are available, but they are not standard. You can get things like adaptive cruise control, road departure mitigation system, collision mitigation braking system and so on.

Toyota has long been an innovator in the world of automotive safety and even on their most affordable and basic models they make sure that the features are superior to what you're going to find on many of their competitors.  As you can see here in the matchup between the Honda Fit in the Toyota Yaris, that stays true. The Yaris just has more features overall.

In a safety head-to-head, the Toyota Yaris wins.

Even though the Honda Fit is a great car with a lot to offer drivers as you can see from our point-by-point comparison, the Toyota Yaris took a clean sweep of this competition. In terms of how it's going to affect your wallet, we have to give the nod to the Yaris. We also had to call it for the Yaris in terms of the features that you'll find inside the car.  In terms of the safety it's going to afford you and your family, it was also a win for the Yaris. And finally, when it comes to performance, though earlier model years of the Yaris were underpowered and less impressive than what Honda had to offer the Yaris has upped its game again and takes the gold in this matchup as well.

The Honda Fit is definitely a good car and as you can see by these head-to-head comparisons where it falls short of the Toyota Yaris it barely fell short. In terms of interior features and comfort this can also greatly vary just by your own personal tastes and you might feel that the Honda actually excels in those regards. So, the Honda isn't necessarily a loser here, it's just not quite at the same level that the Toyota Yaris is right now.

Final word on the matter is We Believe the Toyota Yaris is the best choice.

PrevPreviousCash for Junk Cars Long Beach, CA – Get An Instant Offer In Seconds!
NextLeatherette VS Leather: Everything You Need To Know!Next