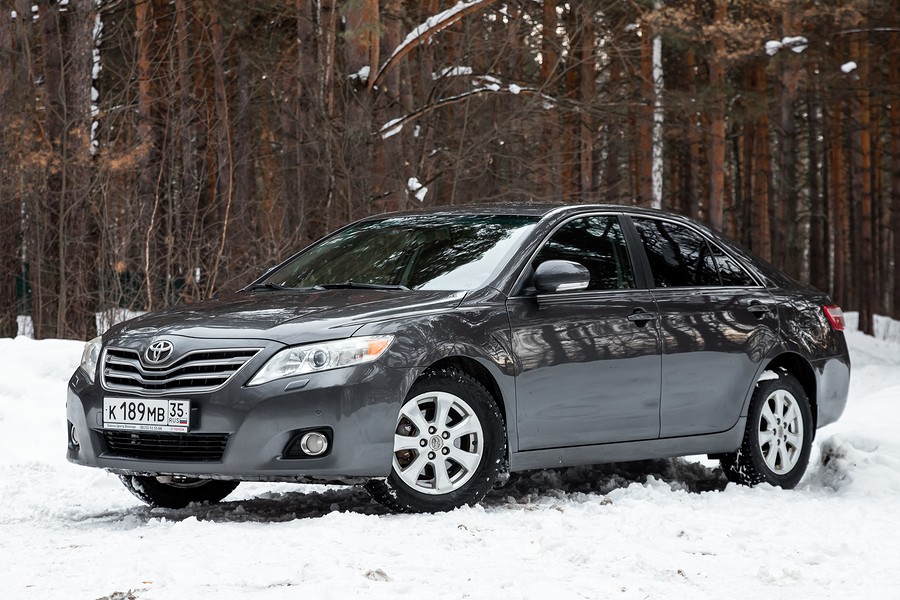 How do you choose in a Honda Civic vs Toyota Camry battle? Honda and Toyota are two of the most popular automakers in the world today. Toyota has been manufacturing vehicles since the 1930s and Honda has been manufacturing cars since the early 1960s. They made motorcycles long before that. These are the two largest car manufacturers in Japan and Toyota has the distinction of producing the best-selling car in history. The Toyota Corolla has sold nearly 46 million units, making it far and away the most popular car ever built.

Choosing between these two extremely popular brands can be a daunting task for any driver since both friends have such a great reputation and their vehicles really offer a lot of similar features and performance overall. We can help you break down the pros and cons of each vehicle point-by-point so you can decide which brand will be better for you.

While the Honda Si and the Honda Type R Civic both offer up superior performance from their engines, the basic model of the Honda Civic versus the basic model of the Toyota Camry are less evenly matched up. The Civic SI is really essentially on par with the Camry, but the basic Civic sedan is somewhat underpowered overall. For that reason, we will call this one tentatively in favour of the Toyota Camry as the winner. If we're comparing the SI to the Camry though it's about an even match and if we're comparing the performance Type-R then it's definitely ahead.

Honda and Toyota both offer some very affordable vehicle options to suit a wide range of needs. The best deal you're going to get on a Honda Civic is an MSRP of $19,850. On the Toyota side are things you can get a Camry starting at $24,425.

On the highest end of the Camry trim models is the Toyota Camry Hybrid SE.  That has a starting MSRP of $30,130. If you pad it out with some available options and features, you could get that up over $35,000.

If you really want to go out on a Honda Civic you could take a look at the Civic Type-R which has a starting MSRP of $36,995. Adding some features that you can get the type are up over $43,000.

Over on Repairpal.com they're able to compile data from owners of both Toyota Camrys and Honda Civics to determine the average repair cost for each vehicle over the course of a year. According to their data, Honda Civic owners pay about $368 per year on average for repairs. Toyota Camry owners on the other hand pay about $388 for a year on repairs. As you can see, we're pretty close overall for those two figures.

Dollar for dollar we're going to say that Honda wins the affordability battle simply because the base price is a little bit cheaper and because there are a couple of different Civic models that you can get which tip the scales in its favor. Even if the Civic Type-R is more expensive than the Toyota Camry it's also a performance model which Camry doesn’t even offer making it a better deal by default if you're looking for a performance vehicle. But even base model to base model, Honda comes out on top.

The Honda Civic has a nice interior with leather trim seats, leather wrap steering wheel and even an electronic parking brake that operates at the push of a button rather than having to pull or push that old-timey knob that we're all used to. It also comes with heated seats, a moonroof, remote start, a Qi wireless charging mat for your cell phone, Apple Carplay, Android auto, and a 7-inch touch screen.

The Toyota Camry also has the Qi wireless charging pad and the ability to turn your car into a hotspot so you can connect up to five devices at the same time. Apple Carplay and Android auto are also available with the Camry and the remote connect system so you can check on your car from your cell phone to see what other drivers might be up to you or even located if you lose it in the big parking lot. The Camry also comes with a 7-inch touchscreen that can be upgraded on some trim packages to an 8-inch model.

Feature for feature there is little difference between the Honda Civic and the Toyota Camry. Each one has a few quirky little items that the other model doesn't have but when you balance them out it's hard to say which one offers a better deal overall so when it comes to convenience,  comfort and multimedia features we might have to call it a draw between the Toyota Camry and the Honda Civic.

The Camry's safety package includes many of the same features that you find on the Honda, including features like lane departure and adaptive cruise control. Toyota Safety Sense system includes a pre-collision system with pedestrian detection, blind spot monitoring and automatic high beams.

According to crash test ratings conducted by the Insurance Institute for Highway Safety, the Honda Civic has scored almost perfect across the board. The Toyota Camry has essentially the same rating as well, meaning that the Civic and the Camry are again neck-and-neck when it comes to crash testing.

When you factor in both the included safety features and the crash test results, it's hard to pick a definitive winner between the Civic and the Camry. This is another category in which we're going to call it a draw.

Few battles are as close as this one between the Civic and the Camry. These cars are incredibly evenly matched in almost every regard. And while the base model Honda Civic is both cheaper than the Camry and underpowered when compared to the Camry, Honda does try to make up for it by having the Civic SI sedan and the Civic Type-R as available options for drivers who desire a little more power and panache. The fact that their performance is split across three models with three different price tags does make it a difficult comparison and a point in Camry’s favor, however.

Based on our comparisons, we've called it a draw in terms of both features and safety between the two vehicles. Honda won the day for affordability, but Toyota won on performance. That makes for an even split here at the end.

If we look at things in terms of variety instead, then we can see that the Honda Civic offers you 5 different trim packages compared to the 12 that Toyota offers for the Camry. However, The Civic SI has two trims available, and you can also get the Honda Civic as both a hatchback and a coupe, not to mention the Type-R.

With all of these options available, it does look like Toyota might come out ahead in terms of what they could offer you at the end of the day.  But then when you factor in that there are several trim packages across several models of the Honda and Honda does have the Civic Type R as well as some performance trim packages we're going to say that Honda does cumulatively come out ahead in terms of performance and that will tip the scales towards a Honda win.

This is one of the tightest battles you'll find between car models and the Toyota Camry is still a great choice but the Honda Civic just has more variety to offer you as a driver. Overall winner: Honda Civic.