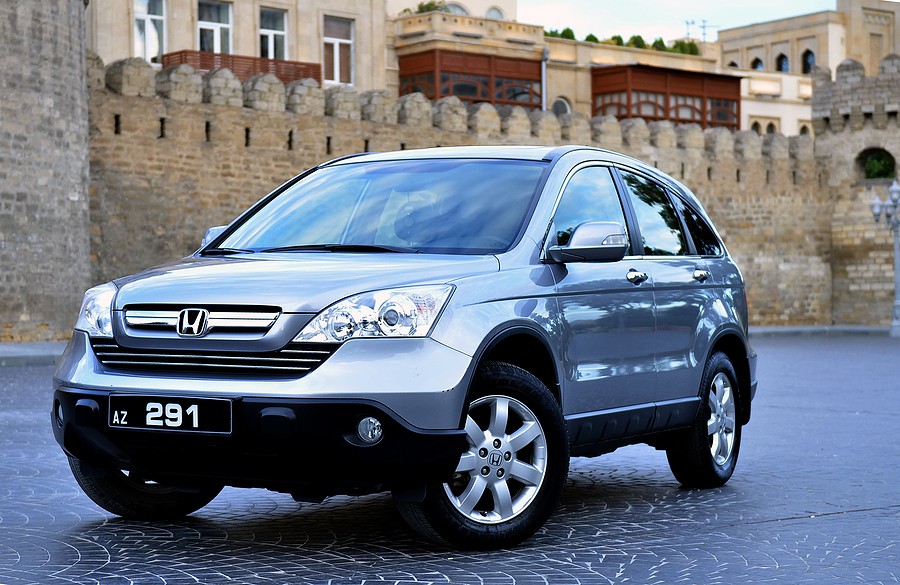 The average price for a used CR-V engine comes to around $1,650, while a remanufactured engine is more likely to cost over $2,500. However, if you are looking for the Honda CR-V engine replacement cost with a new engine, owners can expect to pay at least $4,000 for this expensive procedure – not including labor.

The labor times for replacing an engine can be quite extensive and time-consuming, with professionals taking as low as 10 hours and those unfamiliar with Honda engines taking upwards of 20 hours for the total procedure. In this case, you should expect to pay between $800 and $2,000 in labor costs for the Honda CR-V engine replacement cost.

Let’s see the problematic model years of the CR-V, the most common problems across all production years, any recalls associated with the CR-V, Honda CR-V reliability, how this car stacks up against the competition, and the overall Honda CR-V engine replacement cost!

When wondering why you might have to spend such a pretty penny on the Honda C-RV engine replacement cost, you first need to do some research on the most problematic model years. You might be spending more on your replacement costs than other car owners due to the prevalence and severity of engine problems in your specific car model, make, and year!

The 2015 Honda CR-V has the most overall user complaints from car owners throughout the years, while the 2011 is often considered the worst-rated due to the severity of problems, early onset of issues, and expensive Honda C-RV engine replacement cost.

The top three owner concerns across every model year deal with the following:

One of the first years of the Honda CR-V with extensive engine concerns is the 2007. Owners report issues with the intermittent loss of power, check engine light on the dashboard, unintended acceleration, engine revving while pressing on the brakes, and a high-pitched noise while accelerating.

If the fuel filter is clogged with debris and can’t siphon the fuel correctly, your car may stop working while in the middle of driving or operating. Fortunately for car owners, this repair price is quite low compared to the traditional Honda C-RV engine replacement cost.

Replacing a fuel filter typically is between $100 and $150 for both the parts and labor. The average price for a mechanic to install a new filter is between $53 and $165, while ordering a part yourself and doing the labor will only run you about $14 to $60.

There are many causes of excessive oil consumption. Some of the most common causes are worn gaskets, poor oil quality, worn piston rings, vacuum leaks, or an old engine age.

For this fix, we recommend starting with replacing your gaskets and piston rings to save on the overall Honda C-RV engine replacement cost. Replacing a worn engine gasket is between $1,000 and $2,000 while replacing your piston rings will run you about $1200 to $2300 including labor and parts.

The 2011 is one of the worst-rated model years due to the severity and early mileage onset of engine problems. Owners report unwanted acceleration while braking, excessive oil consumption, difficulty starting, car shutting down while driving, check engine light on the dashboard, and rough idle.

If your brake pedal and accelerator pedal are not giving the correct signals from the driver to the rest of the car, your vehicle might accelerate when you need it to stop. This can lead to really unsafe driving conditions that can cause bodily harm to yourself and others. Replacing the accelerator pedal position sensor costs between $179 and $736 depending on the severity of the problem, increasing the overall Honda C-RV engine replacement cost for this model year.

The 2014 HondaCR-V has an unfortunate reputation and history of engine hesitation, leading to unsafe driving conditions and lack of acceleration while trying to speed up on the highway. Owners report a grinding noise on startup, delayed acceleration, engine rattling, and a whining noise.

If the air filter is clogged, the engine will not gain enough air to properly cycle the air and fuel combustion mix through the mechanism. In this case, you will have to replace the air filter for around $15 to $25, keeping the Honda C-RV engine replacement cost as low as possible.

The 2015 Honda CR-V is known for intense vibrations while the engine is running, leading to a very unsafe and annoying driving condition for the car owner and operator.

If the brake rotors have built-up debris and corrosion over time, they can become too big for their specific places in the car, leading to intense vibrating and shaking while the engine is running. Replacing the brake rotors costs between $200 and $400 for the parts and around $150 in labor, bringing the total to between $350 and $500 for a total brake rotor replacement.

The main engine concerns in the 2017 Honda CR-V focus on the high oil level with gas in the oil, emission system problems, excessive oil consumption, and the engine making loud noises while the A/C is on.

Although this may not solve the root cause of the issue, it can recycle some of the oil and see if replacing the oil with higher-octane and higher-quality liquid can solve some of the poor symptoms in your vehicle. An oil flush costs between $100 and $150 at a mechanic’s shop, helping keep the Honda C-RV engine replacement cost as low as you can.

Another aspect that can increase the overall Honda CR-V engine replacement cost is potential safety issues and reliability concerns. Unfortunately for CR-V owners, this is a common problem. The Honda CR-V was affected by engine troubles back in 2018, with the company stating that they were working to come up with a fix to repair the high-selling and popular SUV on the market.

Honda finally released the information that gas was improperly leaking into the engine oil, causing concerns with the engine longevity, engine performance, and Honda CR-V engine replacement cost. If the gas leaks into the oil, owners might have to pay upwards of around $7,000 to fix the safety issue.

Many CR-V owners learned that Honda recalled nearly 400,000 CR-V cars and Civics back in early 2018 due to similar troubles, but found the company was not doing another recall for the more recent concerns. In these cases, owners would have to pay the expensive Honda CR-V engine replacement cost even though they had not done anything wrong.

The main issue with the affected vehicles deals with the 1.5-liter turbo engine. The affected 2017 and 2018 CR-V SUVs with the engine problems all had irregular high oil level conditions that affected the performance and acceleration in the vehicle.

The root cause of the issue boiled down to one of two reasons:

To determine if the Honda CR-V engine replacement cost is worth it in the latest production year, we have to know how this car stacks up against the competition and the overall reliability rating for this vehicle.

Fortunately for 2021 CR-V owners, this production year model ranks #1 in the Compact SUVs category, #1 in the Crossover SUVs category, and #1 in the SUVs with 2 Rows category. The total score for the Car US News Scorecard came to 8.7 out of 10, with the critics rating earning 9.5, the performance coming to 8.4, the interior 8.3, safety 9.7, and the JD Reliability score earning 3.5 out of 5.

The Toyota RAV4 is a well-rounded, everyday use, reliable car that gives the Honda CR-V a run for its money. However, when comparing both vehicles, the CR-V often wins out in terms of critics’ ratings and user ratings due to the better performance, luxurious interior, and high safety ratings.

When comparing these two vehicles, the Subaru Forester, unfortunately, starts quite low in the rankings due to the reduced safety ratings when compared to the reliable CR-V.

As you can see, the Honda CR-V engine replacement cost is well worth the price in some production years. In the latest year, the 2021 CR-V, the high safety rating, ample infotainment technology, safety mechanisms, comfortable ride, cargo space, and stylish look means paying for a replacement or repair price is a smart decision.

However, in other models, like the problematic 2014, 2015, 2017, and 2018, paying for the expensive Honda CR-V engine replacement cost is oftentimes not worth the headache or the hole in your wallet!