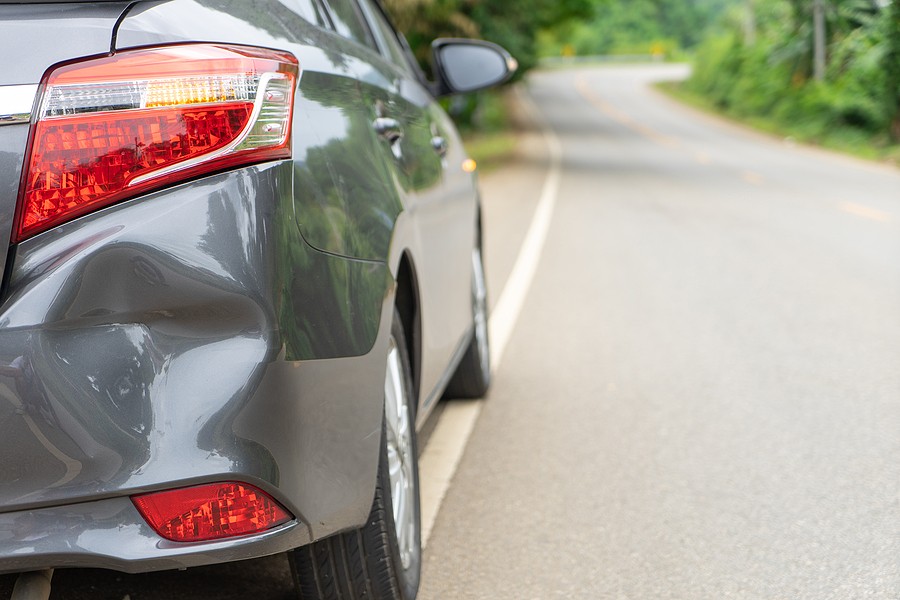 While driving around your vehicle on the open road, it is virtually impossible to miss all debris on the road, potholes, items flying out from other cars, or some dings and scratches along the way. This is just par for the course when driving a vehicle. Even if you are as careful as humanly possible, you can’t always account for everything you will encounter on the road.

No matter how your car got that dent in the car, the next thing on your mind should be the process of getting a dent out of the car. You might first look to a mechanic or auto body shop since they know more of what they are doing, and they can do it quickly. However, the price quotes can be incredibly high, especially for just a cosmetic fix in your car. If they need to remove the paint first, you might even see prices like $200 for getting a dent out of the car.

Instead, save yourself time and money and do the process of getting dents out of your car yourself. There are various ways to get a small ding out of your vehicle at home without causing any further issues, like ruining your paint, and you don’t need to be an expert mechanic to figure this out on your own. Let’s find out the main methods of getting a dent out of the car.

An alternative to the typical way of repairing a dent involves combining repainting with some additional bodywork to the exterior of the car. This method is less invasive than the more traditional option and shows less evidence over time of bumps and dents occuring on your vehicle. Despite taking less time than most bodywork, the paintless dent removal repair process requires some thought and process before getting a dent out of the car.

In order to fix the dent properly, you’ll need to push the exterior body back into the correct position. Pushing the car requires gaining different angles and identifying the shapes and contours of the damage done to your car. After mapping out the specific area, the technician you have chosen will perform the paintless dent removal repair.

Best Methods For Getting a Dent Out of The Car

Keep in mind that not all of these methods will work for your particular car. You need to determine what the make, model, and year of your car is, so you can figure out the best way to get dents out of your car. Your mileage may vary depending on where the dent is and what kind of body panel, hood, or bumper material you have, like whether it is aluminum, steel, or fiberglass. Let’s find out the main methods used for getting a dent out of the car.

The first way you can get dents out of your car is by using a plunger. Not only is this a versatile tool for homes and cars, but you can get small to medium-sized dents out of your car in almost any location. All you have to do is first splash some water on the plunger and the dent on the surface of your vehicle, and then start pushing and pulling the plunger until the dent pops out of place, successfully getting a dent out of the car.

Another common “tool” that can easily be found in houses is just water – you heard us right, that’s how simple this is. We know that reversing into an object is potentially the most lucrative and easiest way to get rid of a dent and quickly get rid of it. It might be difficult for plastic bumpers to push out the dent because of how stiff it is – what now?

Solve the problem by boiling some water and throwing it on the dent to start getting a dent out of the car.

Furthermore, an additional method that you can use in getting dents out of your car is dry ice, which can be primarily used to get out small dents from your vehicle. Make sure when you do this method that you are protecting your skin and using gloves so the dry ice does not come in contact with any exposed areas. Hold down a piece of dry ice on the dent and rub it around until the dent pops back into place.

Although it might take a few times when you apply the dry ice for the dent, it pops back into place, and it should eventually pop out, as long as the dent isn’t too deep or too severe. You can try heating the dent first, with a hairdryer, and then apply the dry ice to the area. This trick will help speed up the process of getting a dent out of the car.

Another popular method that is quite easy for car owners to use without a lot of time and effort is using two everyday household products – a hair dryer and compressed air. First, start by heating the car dent with the hairdryer turned on to the highest setting, which will expand the car’s plastic.

As soon as the plastic is hot enough, take the can of compressed air, flip it upside down, and spray the same area you just heated. The cold temperature of the compressed air will mix with the hot air of the hair dryer – this will cause the plastic to contract and cause the dent to pop out, making it easy to get a dent out of the car.

We know that suction can easily get a dent out and pop it back into place. Suction is an easy way to get out a dent, but you need to find a dent puller with enough power to pop the dent out of place. If you can’t find one or don’t want to spend the money, you can use your own by creating it! All you need is a pot or a bucket, a vacuum cleaner, and some heavy-duty sticky tape to begin getting a dent out of the car.

Make a small hole underneath the pot, tape the pot around the dent, and put the vacuum cleaner over the hole under the pot, and turn on the vacuum. If the dent is not too shallow, the suction should pop out the dent, helping you in the process of getting dents out of your car.

Make sure that when you use these tools, you do not enhance any damage to your car. We know that you want to try to do the process of getting dents out of your car yourself to save money and time, but make sure that you are not putting yourself or your car at risk for further damage by worsening the dent of the paint. A safe way of getting a dent out of the car is by using various wooden dowels, screws, and a hot glue gun.

You can do this by placing two nails on each side of the dowel and putting the hot glue on the bottom side. Place the dowels in the spaces around the dent, and repeat the process until you have fully covered the area. Once the area is covered, let the dowels dry, and then pull out each one individually until the dent is gone.

Furthermore, there is a wide variety of dent removal kits available on the market for purchase. Depending on what kind of dent you have will depend on what gear you buy. Some options are better for small dings and dents, and some are better for more evehiclensive damage.

Although you might be a bit wary of using a heavy-duty tool on your precious car, another method to knock out this dent from your car is to use a hammer to ding out the dent. Make sure you use a rubber mallet hammer and not a typical building hammer when doing this process.

Choose the hammer and the dolly, the curved piece of metal used to shape the sheet metal, depending on the dent’s size, shape, and location in your car. If the dent is bigger, you will need a more oversized mallet and dolly to cover the entire dent. Select the dolly that closely resembles the shape of the dent to begin getting a dent out of the car.

Place the dolly on top of the dent and then use the rubber mallet hammer to form inside against the dolly gently. Start hammering from the dent’s deepest point, or the center, and gradually work your way through the dent. Hammering can remove the dent and help you in getting a dent out of the car.

Getting a Dent out of the car Average Cost

If you have decided that dent repair is the best method for you, you should be aware of the factors influencing this process’s price. Every situation is different, so these following characteristics are important in determining if the cost is right for you.

First, the number of dents influences the cost of dent repair. If there are several dents, it will take the technician more time and effort to repair them. Since the cost of labor will be higher, the overall dent repair cost will go up as well. However, fixing the dents can help you keep a high sale value for your vehicle and show the importance of getting a dent out of the car.

Second, the size of the dents can influence the dent repair cost. The smaller ones are easier to repair since they take less effort and force than the bigger ones. The smaller ones require less of an angle and typically require the technician to remove fewer appliances and accessories in the car.

Third, the location of the dents influences the price of the dent repair cost. The areas that have hail damage, for example, are harder to reach. Highly-damaged areas make the process more time-consuming and can drive up the price due to higher labor costs. The hard-to-reach spots will typically require the technician to work harder and smarter, making the dent repair cost higher than the easy-to-reach places.

Lastly, the type of car is influential in how much the dent repair cost will run. Some technicians will need to be especially careful when dealing with certain cars to make sure they do not damage any other parts during the dent repair. In addition, there are specific aluminum or steel cars that need more specialized repairs.

However, the dent repair cost can depend on the location of the dents, as we have learned. The typical pricing structure is around $75-$125 for dents and dings on the door. Bigger dents, which usually arise from foreign objects and collisions, can usually run between $150-$300.

The collision dent repair price depends on the size, location, and how deep the dent is in the car’s exterior. Lastly, hail damage is, unfortunately, a common cause of extreme dents in cars. The average hail damage repair costs about $2,500. You can save on this dent repair cost by purchasing comprehensive coverage.

Now that you know the process of getting a dent out of a car, you will think twice before driving during a hail storm!