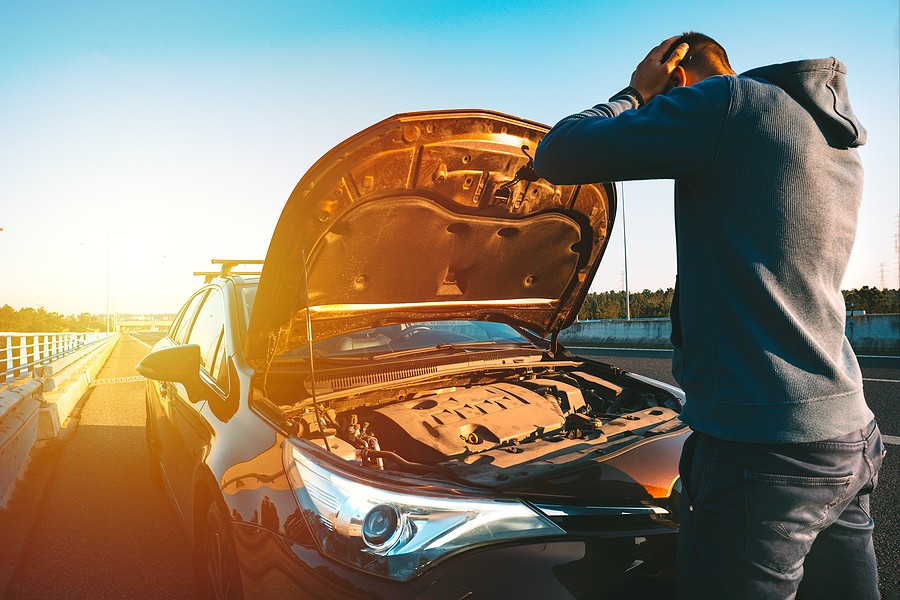 Gasping for Air Meaning Your Air Filter Needs to Be Changed

Your vehicle is jam-packed with high-tech and complicated technology. And while filters do not seem to be the most important technology in your car, they shield all of your expensive equipment from harmful particles.

Take a moment to consider your home's furnace. It becomes clogged if you do not alter or clean it on a regular basis. If you ignore it, your heater will eventually stop functioning effectively. This costs you money in terms of fuel and the possibility of possible maintenance bills. Your car or truck's air filter functions in the same way. It prevents the motor from being damaged by dirt and dust. Your car gasping for air meaning you need to change air filters is the most sensible explanation.

To run at peak performance, your engine needs a specific ratio of air and fuel. The longer you put off changing your air filter, the lower your fuel mileage and acceleration would be. Delaying the replacement of your air filter can also result in an increase in pollution

A “Check Engine” or “Service Engine Soon” light will appear if the device has been operating with a weak air-fuel mixture for an extended period of time but this can be avoided. Furthermore, by replacing the filter, you will be covering your investment in the long run. As cylinders and pistons may also be disrupted and damaged by anything as small as a grain of salt. The sound of your engine coughing or spitting is a typical symptom of a clogged air filter. When you're waiting at the stoplight, listen carefully for any coughing or spitting noises coming from your engine.

Gasping for Air Meaning Clogged Air Filter: What It Does

Again, the engine air filter's job is to keep dust, dirt, and other contaminants from entering the engine. The filter absorbs dust and other particles over time and must be replaced. Your vehicle can suffer permanent damage if it is not replaced on a regular basis for several reasons::

Bits of debris and waste will make their way through your engine's air intake filter as it accumulates more and more contaminants from the atmosphere. This is a significant issue since these abrasive particles serve as dangerous shrapnel. Bug legs and tiny grains of sand can seem insignificant to us, but they can have a huge impact on the moving parts of your engine.

The engine is ripped apart by these small waste particles. More debris accumulates as more metal is shaved away, and the engine begins to fail over time. This will lower your oil pressure and cause premature corrosion at first. If the problem is not fixed, this could cause your car gasping for air meaning your entire engine could fail over time.

Your car requires a precise air-to-fuel ratio to operate efficiently. Your air filter assists in this every time you travel. Your vehicle could be devoid of the oxygen needed for combustion if the air filter isn't working properly. The air filter in your engine is an essential component of its respiratory system. Its job is to clean the air until it goes into the combustion chamber. To generate full power, your vehicle relies on clean air and fuel.

External contaminants contaminate the fuel-air mixture as they reach the engine. The lack of clean oxygen in the fuel causes the engine to work harder. Since the fuel cannot ignite properly in these circumstances, the engine loses a significant amount of power. This causes the loss of acceleration as mentioned earlier.

In reality, according to the US Department of Energy, a car with a dirty air filter loses 6% to 11% of its acceleration capacity. Gas mileage and fuel economy suffer as the engine has to work twice as hard to complete its task.

The air filter could eventually become so clogged that the engine won't start. It's important to have your air filter replaced on a regular basis by qualified professionals for a variety of reasons, including saving money and extending the life of your car. Pay close attention to your vehicle's average gas mileage. A drop in gas mileage is a typical indication of a dirty/bad air filter. You can save money on gas by maintaining a clean, efficient air filter

The additional vacuum effect of clogged air filters might be too much for the engine's crankcase ventilation system, resulting in excessive oil consumption. This can have disastrous effects such as oil depletion, carbon buildup, and catalytic converter failure.

Also, as the dirty air filter prevents the necessary amount of clean air from reaching the engine, it affects the vehicle's pollution control systems; decreasing air flow and resulting in an overly rich air-fuel mixture, which can foul the spark plugs. Spark plugs that are fouled can trigger an engine miss, a rough idle, and even trouble starting. Furthermore, an overly rich fuel mixture causes engine deposits, which can result in the Check Engine light turning on.

Gasping for Air Meaning Your Air Filter Needs to be Replaced but How Often?

It is for every 12,000 to 15,000 miles that air filters should be replaced. But then when you should replace your air filter is still determined by how and where you travel. Do you live in a rural area? Then good — expect for more miles before your car is gasping for air meaning you already need to have your filters changed. But when you live in a desert where the air is thick with dirt and dust then it’s a different story. Then you'll have to change your filter more often than other drivers.

Fortunately, when you bring your car in for routine maintenance, air filters are checked as well as other components. Maintaining the car increases its durability and reliability, which is critical for driving safely.

The lack of care and maintenance for the car's air filter is one of the most common issues seen by auto repair shops. So many car experts now recommend having the air filter checked at every other oil change. Fortunately, even a beginner may perform the task of inspecting and removing the air filter. Check out this helpful guide on the step-by-step process of installing the engine’s air filter:

Locate the engine air filter housing under the hood of your vehicle. It's a black plastic box that lies on top of the engine or to the side of it. You'll notice a big hose protruding from its foot.

Remove the old air filter by opening the air filter housing. Remember to use caution when removing the housing cover as it may have wiring harness and electrical components attached to it. Screws, clips, clamps, or wing nuts may be used to secure the air filter housing. Take note of the type of fasteners that have been used and use the proper tool to remove them.

In the filter box, position the new engine air filter. It should be inserted with the rubber rim facing up. Make sure it's seated properly. Replace the top of the housing and all of the fasteners.

That concludes all the steps. You've changed your air filter and saved a lot of money by doing it yourself. While you may not be able to tackle car maintenance tasks like changing the oil or removing the spark plugs, changing the engine air filter is a simple task. Doing this job yourself will save you a lot of money as changing an air filter at a fast lube shop can cost up to $25 or even more.

This drivability symptom of car gasping for air may be caused by another variety of factors. Either the engine is low on fuel or it can't breathe properly due to a restriction in the intake or exhaust system. We'd also look at the ignition system if you'd found any rough running or sputtering symptoms. Is the check engine light on? If that's the case, useful clues are waiting to be discovered through a scan tool link.

Another thing to look for is a clogged fuel filter. When a large volume of fuel is required, a dirty filter will transfer enough fuel to satisfy lower speed engine requirements, but it will not deliver as needed when a large volume of fuel is required. It's simpler and less expensive to simply replace the filter than it is to conduct the tests necessary to validate a fuel distribution problem. Repeated filter failures would almost certainly result in significant tank contamination, entailing tank drainage and cleaning.

If replacing the fuel and/or air filters does not solve the problem, diagnostic tests to check fuel pressure and volume, as well as exhaust system backpressure, will be needed. Some vehicles (especially GM and Ford) have convenient fuel system test fittings that can be connected to a low-cost auto parts store fuel pressure gauge. The majority of them necessitate a one-of-a-kind fitting found only in an expensive specialist fuel pressure test kit.

A weak/failing fuel pump or a restricted fuel pickup sock inside the fuel tank may be the cause of low fuel pressure and/or volume. A kinked/plugged tailpipe or a failed/internally disintegrated catalytic converter may both cause excessive exhaust backpressure.

Usually the engine is able to run acceptably at lower speeds but still the car is gasping for air meaning it can’t breathe well enough to run fast. A check of engine vacuum, comparing readings at idle to higher speeds (in neutral/park), as well as directly measuring exhaust back pressure with a gauge attached to a vacant oxygen sensor fitting, may point to breathing problems. A failed catalytic converter may also be detected by smacking it with a rubber mallet several times.

If you hear a rattle, it means the converter's internal substrate has broken down (a ceramic honeycomb plated with precious metals). In addition to replacing the converter, if a failed cat is discovered, the cause of failure (usually an engine misfire or fuel mixture fault) should be thoroughly investigated and corrected.

In most situations, an ignition problem causes choppy/rough running or a failure to start. If the above suggestions fail to solve the issue, a search for usable ignition system voltage and successful spark delivery to the spark plugs is a good idea.

When your car or engine is gasping for air meaning it’s struggling to perform and may die on you at any time like humans gasping for air you must first check the car’s respiratory system that relies on your air filter — thankfully it’s not a very expensive repair. But again, when neglected could cause more severe damage to your vehicle. So before that happens have those air filters checked regularly.