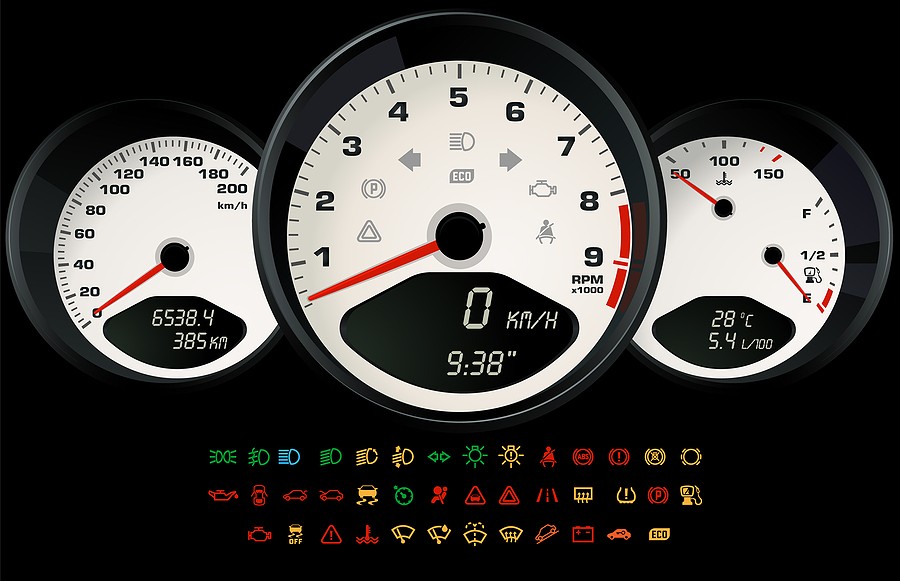 Drivers across America are wondering if fuel stabilizer for the car is a good or bad idea for their unique case. The answer is good, if you’re going to be letting your car sit for a few months.

If you think it sounds cool to add it to the tank for no good reason, however, then think twice before using fuel stabilizer for your car.

What Exactly is Fuel Stabilizer for the Car?

When people want to know whether or not to use fuel stabilizer for their cars, they might first have to ask themselves if they know what fuel stabilizer is and what it really even does.

Mechanics use fuel stabilizer to keep gas fresh when the car isn’t being used for a decent amount of time, say four or five months.

The chemical is strong enough to keep gasoline fresh for a few years, in fact.

Does gas go bad? You may be wondering about that now. Here’s the answer: yes!

It degrades over time, especially when you consider it would be left sitting in tank where moisture and oxygen will wear down its chemical composition. Rather than busy ourselves with the chemistry lesson, we can just accept that this abandoned gasoline creates gunk in fuel systems.

This also means that if you aren’t going to be leaving your car sitting for extended periods of time, you can skip on the fuel stabilizer upsell at the auto parts store.

The fuel stabilizer prevents chemical breakdown. You will not find sticky gunk in the fuel systems later. It can save a lot of time for somebody putting their car in storage for a few months.

You won’t have to worry about the gas in the tank if you add fuel stabilizer.

The best part about fuel stabilizer is that it’s one of the easiest preventative maintenance tasks associated with car care. Just fill the gas tank to about 95% as normal. Add the product to the gas tank as the directions indicate. Then, let the car run for a four to six minutes so the product settles in nicely.

Read the bottle of fuel stabilizer well. It will give you an estimate of how long the gas can now sit once the additive is applied. Usually, it’s about two years!

Reasons why Fuel Stabilizer for the Car is a Great Plan

Fuel stabilizer for a car sounds cool, but there is an appropriate time and place to use it.

For example, you may see the sleek looking bottle in a gas station convenient store or at the auto parts store. It is so easy to use, some people mistakenly think that this product should be used often.

The chemical composition of gasoline isn’t always steady. It can be worn down by exposure to other elements including oxygen (or moisture in general). This means that if a car sits for months on end, with gasoline in the tank, the gas is not the same when the driver returns.

If it’s been too long, the driver may have to replace the gasoline or deal with problems in the fuel system. Fuel system expenses rise quickly, so it’s better to take precaution.

That being said, people shouldn’t buy and use fuel stabilizer without reason. Fuel stabilizer is specifically for cars that will be sitting for a long time.

There are other aspects of the car to which the driver must tend if he will be storing the car for a long period of time. For example, after six to twelve months, an oil change might be due. It isn’t good to let the car tires take the weight of the car for too long. You have to remove the tires, too.

Preparing a car for long-term storage is actually an endeavor in itself. Many people prefer to lend the car to a friend or ask somebody else to drive it around town once a week. Doing so can keep the car in better health than letting it sit in the garage.

If you go this route, you would have to consider the costs of keeping the car insured and properly licensed. For some, this may be a numbers game. Is it cheaper to store a car for six months or to pay insurance on it and ask a friend or family member to look after it?

Maybe you have a car that has no roof! You might only drive it once a month. If you’re nodding in agreement, fuel stabilizer might be right for you.

Another common situation that calls for fuel stabilizer is when family members leave for the military or go away to college. They don’t always, or can’t always, take the car with them.

If you know you won’t be able to drive the car too often, then fuel stabilizer is an absolute must.

Why Some Mechanics are Adding Fuel Stabilizer to the Car

When somebody tells you something that’s too good to be true, then it probably is; does that apply to fuel stabilizer for cars?

So far, fuel stabilizer sounds like a real ace in the hole of a product.

It’s a simple problem: the car will sit too long and needs the gas tank and gasoline protected. The solution is easy, too: add fuel stabilizer to gas tank per manufacturer specification. Done and done!

But are you doing damage in the process? Is fuel stabilizer bad for cars?

It’s important, first of all, to realize that marketing and advertising are at play. In fact, this blog just set up the sale the same way the fuel stabilizer companies do. Simple problem. Simple solution. It makes it sound easy.

It wouldn’t be right to add such a product to your gas tank without being at least a little bit skeptical. It almost sounds like the snake oil of gas tank problems. Throw a little fuel stabilizer in, and it will be fine, the people believe.

Nevertheless, some mechanics have reported that they are against using fuel stabilizer because it could cause corrosion or gunk up the fuel line.

How does Fuel Stabilizer work?

Knowing how fuel stabilizers for cars works is an important part of choosing whether you should invest in this product.

Gasoline today has ethanol which binds to water. At a certain level, the gasoline separates. The water settles to the bottom of the tank – guess what gets sucked up when the ignition turns six months later? All the water! Yikes!

Some tests show that damage can occur from using the fuel stabilizers for cars, though. You could see increased corrosion, for example.

In old cars, the extra moisture, no matter with fuel stabilizer or not, could cause damage.

For this reason, it is actually recommended not to use ethanol-based fuels for an older car.

There isn’t really a lot of hard evidence against fuel stabilizer; just advice against using it in old cars.

When it comes to simple solutions, there is always doubt. In the case of fuel stabilizers, though, it seems like everything checks out.

Is Fuel Stabilizer Necessary for Cars?

Fuel stabilizer for cars is only necessary for a contemporary vehicle that does not have stainless steel fuel parts.

Is Fuel Stabilizer Bad for the Engine?

Most reports point to no, fuel stabilizer isn’t bad for the car. Some mechanics and auto purists don’t recommend fuel stabilizers without reason. Some professionals fear corrosion, but cases are far and few between.

Yes, fuel stabilizer for cars really does work for engines with ethanol-based gas in the tank. It should be used for cars that will sit for a long time (with fuel in the tank).

The majority of car drivers will never use fuel stabilizer. There are some rare cases when it is needed, though.

For example, if you are going to join the military and heading to basic training, you need to either have a friend drive your car or you need to add fuel stabilizer.

If you are going to college in a far-off place, where you cannot take your car, then you need to talk to a mechanic about long-term storage. They will mention fuel stabilizer, guaranteed.

To best know the limitations (and benefits) of your particular brand of fuel stabilizer, it is best to read the manufacturer label. You should save the bottle until you start driving your car regularly again. You never know when you may need to refer to that information again.

Additionally, you should mark the date you added the fuel stabilizer on a calendar.

If you’re still not sold on the success of fuel stabilizer, you can always ask an expert. The next time you visit the mechanic, even for a routine oil change, you can bring up the matter.

Can You Drive a Car with Fuel Stabilizer?

What is the Best Fuel Stabilizer for Cars?

Shopping around is always a sensible idea; that goes double when talking about fuel stabilizer for cars.

There are a few different brands you might expect to see when shopping for fuel stabilizer in your local auto parts store, retailer, or gas station. You might even see them for sale where you get your oil changed.

Here are the most popular brands: Sta-Bil, a local Chicago company; another Chicagoan, Marvel Mystery, Starbrite, and Sea Foam.

For the folks in Chicagoland, it might be tempting to support the local economy!

The cost isn’t too high, normally. Drivers and car owners can expect to find fuel stabilizers for under thirty dollars, easily.

They come in standard eight-ounce and sixteen-ounce containers – these quantities aren’t appropriate for cars, actually. They are for lawn mowers.

When you bust into the twenty dollar and up range, you will find fuel stabilizers for cars.

Read the labels to decide which product is right for you. You can even check reviews on the Internet or ask a mechanic for a recommendation.

An Alternative to Fuel Stabilizers for Cars: Calling a Junkyard!

This tip is a little out of left field, but are you going to spend a lot of time and money preparing a car for storage, adding fuel stabilizer, and taking the tires off, for something that is really ready for the junkyard?

Sometimes our judgement is clouded by sentimental value. In other words, we are saving the car because it has sentimental value, not economic value. If this is the case, maybe the car would be better off going to a junk yard.

You will get cash for your old car, and you won’t have to stress about fuel stabilizers, storage fees, or asking your brother to drive your car once in a while.

The Final Word on Fuel Stabilizer for Cars

For the most part, it seems that fuel stabilizers are good for the car if the driver has a specific intention of letting the car sit for an extended period of time. Additionally, the car shouldn’t be a classic or vintage model. If it has stainless steel parts in the fuel system, this isn’t the right product.

Sometimes fuel stabilizers seem appealing and are marketed to unknowing consumers as a power boost for the car. It is believed to clean vehicle fuel systems or extend your gas usage. The experts, however, note it really is only good for a car that will sit without being driven for quite some time.

Deciding to add fuel stabilizer to your gas tank is your choice – but think about whether it is necessary or if the clerk at the cash register is needlessly pushing it on you.