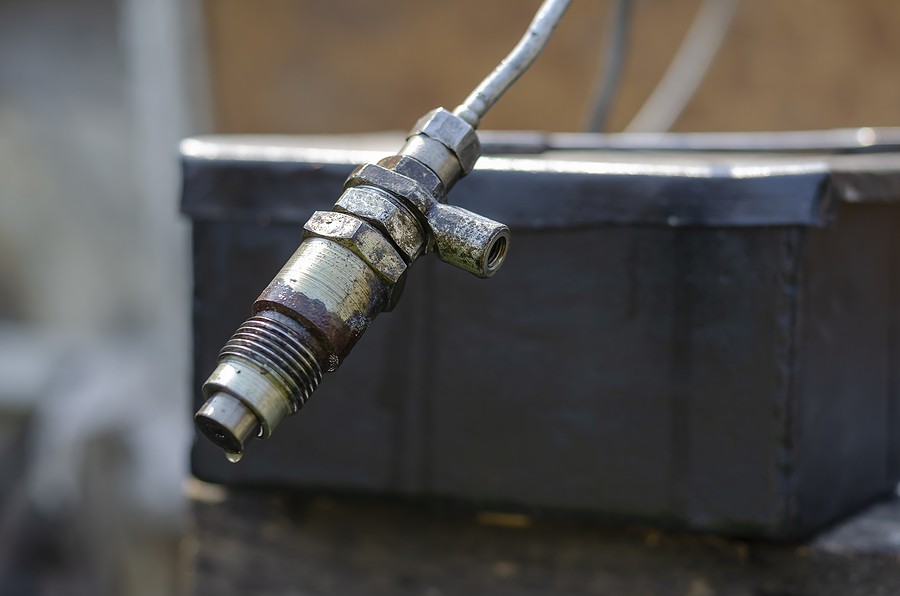 The fuel pump in your car’s fuel system is very good at sending gas in your engine’s direction. But it’s not so good at keeping tabs on how much fuel that your engine needs at any given moment. It’s why your car needs a fully-functioning fuel pressure regulator in it. This part is responsible for ensuring that your engine gets the right amount of fuel sent to it at all times.

What Is a Fuel Pressure Regulator?

The fuel pressure regulator plays a very important part in the overall well-being of your fuel system. But it’s not all that difficult to understand what it does. It essentially helps to control the fuel pressure that is built up in a car’s electronic fuel injection system so that the right amount of fuel is always flowing towards your engine. Without a working fuel pressure regulator, too much fuel might get to your car’s fuel injectors and find its way into your engine.

Here is a very basic breakdown of how the fuel pressure regulator in your car works:

What Are the Top Signs of a Bad Fuel Pressure Regulator?

More often than not, a fuel pressure regulator that has gone bad will become more restrictive than it should be. It’ll stop the right amount of fuel from flowing through a fuel system and rob fuel injectors of the fuel that they need to send to your engine.

If it feels like you’re filling your car up with gas more than you should have to, it’s a sign that something is going wrong in your fuel system. And that something could potentially be a bad fuel pressure regulator that’s wreaking havoc on your car.

2. You Have Black Smoke Shooting Out of Your Exhaust System

When you have a bad fuel pressure regulator, it’s going to result in your engine receiving the wrong air-fuel mixture in most cases. That mixture could very well produce black smoke in your engine that is then sent through your exhaust system and out of your car. It’ll let you know that it’s time to think about swapping out your old fuel pressure regulator for a new one.

3. Your Car Is Leaking Fuel

Your fuel pressure regulator might be designed to last for a really long time. But the seals that are situated on both sides of it are, unfortunately, not! If one or both of those seals breaks, it’s going to lead to fuel leaking from your car in many instances.

To be clear, there are also many other things that can lead to fuel leaking from your car. Something as simple as contaminants getting into your fuel can lead to leaking occurring. But you might want to at least consider the possibility of you have a bad fuel pressure regulator if you have a fuel leak. And you’re going to want to get the situation straightened out as soon as you possibly can to prevent any more fuel from leaking.

4. Your Car Isn’t Accelerating As It Should

You can step on your gas pedal as hard as you want when you notice that it seems to be having accelerating issues. But the only thing that this is going to do is put your engine in danger since you’ll be overworking it without providing it with the fuel that it needs.

5. Your Engine Is Always Misfiring

6. Your Engine Refuses to Start

If your fuel pressure regulator has gone bad on you, it might not be able to push enough fuel towards your engine when you go to start it. This will inevitably lead to you having a tough time cranking your engine and getting it started. You might eventually be able to get your engine to turn over and start, but you should still be concerned about what’s going on with your car. Taking it to an auto repair shop right away should be your only option.

7. Your Spark Plugs Are Black

Your spark plugs are going to be black because of the black deposits that can start to accumulate on them due to the rich fuel-air mixture that forms when a fuel pressure regulator is bad. You’re going to see your spark plugs get blacker and blacker over time as these deposits continue to form. They’ll be yet another sign that you need to have your car checked out by a mechanic.

8. Your Fuel Pump Is Making Too Much Noise

You’ve probably started your car up so many times at this point that you don’t even hear your fuel pump anymore when you do. But a fuel pump often makes a humming sound when it starts working shortly after a car is turned out. And it’ll be especially prominent whenever you’re accelerating in your car.

How Much Does a New Fuel Pressure Regulator Cost?

A new fuel pressure regulator isn’t necessarily going to be the most affordable car part in the world. But on average, you should only have to pay between $250 and $340 for a new one. That includes $150 to $200 for parts and $100 to $140 for labor. You may also want to replace some of the other components of your fuel system while a mechanic is already tinkering around with it.

How to Sell a Car With a Bad Fuel Pressure Regulator

If you have an older car with a bad fuel pressure regulator, paying several hundred dollars to replace it might be out of the question. Instead, why not consider selling your old car so that you’re able to put cash into your pockets as opposed to spending money?

Cash Cars Buyer specializes in purchasing cars that have problems, like bad fuel pressure regulators. We can send you an offer for your car today after you let us know:

We can also arrange to pick your car up wherever you would like so that you don’t have to get caught driving around in a vehicle with a bad fuel pressure regulator in it. Contact us today to discover more about selling an old car to Cash Cars Buyer!