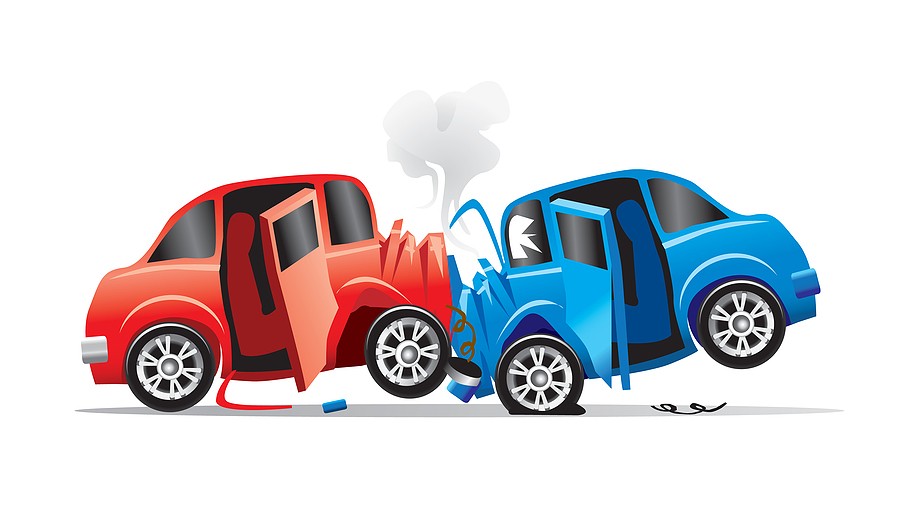 Frame Damage meaning is when the integrity of your frame has been damaged by an accident or a third-party alteration. When this happens parts of the vehicle that provide structural support are also compromised since it is the vehicle’s frame that provides support and structure to about every car component, especially the engine. To put it simply, the vehicle’s frame to the car is the skeleton to the body of a human. It’s also called the chassis, although the chassis is more of the skeletal framework to the frame.

Consider what would happen if the car was involved in a serious front-end crash. The fenders are crumpled up like accordions, the radiator support is smashed up against the engine, and two metal beams protrude from the engine like sore thumbs.

Coming out of an accident unharmed may be a rare occurrence, but your vehicle may not be so fortunate; there's a fair chance you've just destroyed the car's structural integrity, and it will never drive or be as safe again. Before embarking on the lengthy and costly process of fixing a vehicle's frame, it's important to understand what Frame damage is and what it means in order to make the best decision possible.

Almost every car has a one-of-a-kind frame produced by the manufacturer, but there are several types of frames. It is best to get familiarized with them so you can better understand frame damage meaning.

A unibody frame is one of the most common types of vehicle frame. This means that the vehicle's body and chassis are one and the same. To explain their position and function, this type of frame can be broken down into several sections.

This part of the frame, also known as the radiator support, is located on the front end of your vehicle. This component is bolted on in some vehicles and can be removed or replaced without causing “Frame Damage.”

This is the section of the frame that connects the engine and the cockpit. The front unibody and engine bay of a car are made up of the firewall, apron, Strut tower, front rails, and center support.

The unirail are two symmetrical beams that can be found in the car's front and back. These rails are one of the frame's strongest elements, as well as the base for other components that will be welded to them, such as the apron.

Every vehicle has four strut towers, which are usually found on the car's four corners. The front apron and rear quarter panel are both made up of the strut tower. They're made to balance and stabilize the vehicle's suspension.

A floor plan is a metal sheet welded to multiple cross members to form a vehicle's floor. The vehicle's drivetrain and electric wiring will be accommodated by numerous grooves and holes in the floor pan.

The A-B-C Pillars are the car's vertical supports. From front to back, they are numbered alphabetically to reflect their position. To accommodate extra length, some cars, such as minivans, have a fourth pillar called the D-pillar.

The rocker panel can be found under the wheels and under the doors on both sides of the car. These panels help to protect and balance the doors when they are locked.

The quarter panel is the metal sheet that makes up the vehicle's left and right rear doors. They aid in the formation of the wheel well, and most cars have a gas cap on them. The quarter panel on most vehicles is made of metal, but in special vehicles such as a Corvette, the quarter panel can be made of fiberglass or carbon fiber.

The rear support is the frame's back portion. The rear support on most cars is made up of two unirails, a floorboard (where your spare tire is stored), and a rear bumper support.

The ladder frame is one of the most traditional frame designs. Historically, almost all cars were built with this concept, but due to its high resistance and power, it is now more popular on trucks.

The main foundation consists of two symmetrical rails that are the same length as the car and are joined by multiple cross members. The powertrain and drivetrain are installed on the frame, and the vehicle's body is then installed on this “Ladder” to complete the assembly.

A backbone tube frame is a structure that resembles a unibody structure. Backbone frames have tubular “backbones” that connect the front and rear suspensions, unlike ladder frames, which have a two-dimensional structure.

One of the benefits is that the frame's half axles have greater ground contact. Vehicles with this style are ideal for off-roading. However, they have a few drawbacks, such as being slightly heavier than other frames, making the vehicle rigid to navigate, and not providing enough side impact protection.

If there is no weight in space, then this is what the frame is looking for. Another tubular chassis is a space frame, which connects the suspension, panels, and engine to three-dimensional tube frames. All of this is happening when the body panels have little to no structural purpose.

The difference is that the space frame's construction takes advantage of triangles to make it as light as possible. In addition, since each triangle strut is tensile, the frame appears slimmer and less bulky. Aluminum is the most common material used in space frames as it is both malleable and robust.

An x-frame is almost always present in full-size vehicles. If a ladder's frame is straight, an x-frame is, well, an x-shaped design. From the section where the engine is mounted, the frame rails encircle each other. The differential reaches the passenger cabin.

The differential reaches the passenger cabin. Regardless of the scale of the transmission and shaft humps, the design successfully reduces the car's height. When the X-frame design was first released to the public, many people thought it would have a more powerful chassis design. X-frames, on the other hand, lack side rails and, like tubular frames, are unable to guard against side collisions and impacts.

Frame damage meaning is damage to any of these integral structures of the vehicle, and it can greatly affect the integrity of your vehicle.

Frame damage meaning gaps in the body. It can be one of the first things you search for if your car's frame is sagging. Because of uneven parts in the car frame's construction, sections of the vehicle often lean in the direction of gaps. If left unattended, these gaps will cause the vehicle's tires and coils to wear out faster over time.

The same type of damage can be caused by a bent car frame. In most vehicles, however, twist damage is more difficult to detect. A detailed frame damage inspection is needed to determine the cause of the damage.

If your vehicle is struck in the corner, it will sway. When your vehicle suffers from sway injury, it will lean in one direction. When compared to a bent or sagging frame, this form of damage is easier to see. It's not the kind of harm you can afford to overlook, though..

For starters, you won't be able to drive in a straight line with your car. You'll even be aware of the obvious vibrations when driving. The misalignment may also damage the transmission of the vehicle.

When you're hit in the head or rear-ended, your frame is likely to get mashed. A mashed frame is one that has crumpled in on itself as a result of the collision. In other words, a portion of the unibody frame is shorter than the manufacturer's requirements. Distortion or wrinkles in the hood, fenders, rails, or frame horns are common signs of this form of frame damage.

Damage from a smashed frame will spread to other parts of the car, causing a cascade of problems. Mash damage can cause severe wear and tear on the rest of the vehicle if left unattended. But if only one part of a modern car is affected, the repair is straightforward. The frame's damaged part can be replaced.

Frame damage meaning doesn’t always follow it is unsafe to drive. Unless you have minor damage, such as a small baseball-sized dent on a rear quarter panel and the crumple zones are perfect, the rails are intact, and the rest of the frame is unaffected, your vehicle can still be as secure as it was when new.

Now, if the vehicle was involved in a serious accident where the car frame was bent, the crumple was smashed in, and it would require extensive cutting, welding, and alignment, the vehicle would not be safe especially when you get into another collision, even though the collision damages were fixed.

Consider this: crush a tin can and stretch it out as far as you can. Although the form remains the same, you can now smash it much more easily. Even after car frame repair costs, the same thing would happen to your car.

How much does it cost to fix frame damage?

Frame damage meaning costly repairs and you have to be prepared for it and here are the figures:

The cost of repair is determined by the magnitude of the damage. Although a small basketball-sized dent is technically called frame damage, vehicle frame repair without paintwork will cost anywhere from $600-$1000.

It's a whole different story when the vehicle sustains significant damage, such as a radiator brace, frame rail, or even apron damage. Due to the extent of the damage, new sections of the frame would need to be cut off and welded on.

After you've welded those pieces back together, you'll have to go through automated machines that can clip onto the car and stretch it back out; the cost of repair at this stage may be well over $10,000. Since it needs car frame repair, structural damage to a car is one of the most expensive items to repair.

How do body shops straighten frames?

What's the value of a car with frame damage?

Vehicle frame damage meaning negative effects on a vehicle's value but to what extent depends on the extent of the damage. However, bear in mind that if the vehicle's VIN has it painted on it, it will have a lasting impact on the car's value because it will appear on all public records as having recorded frame damage, making it less attractive to any customer looking to buy a car.

This is also important to know because a suspicious seller could try to sell you a vehicle that has frame damage and fail to disclose it. When a vehicle has significant frame damage, there's a fair chance it'll be a rebuilt title car, and the value of the vehicle could be cut in half!

Can I sell my car with unibody damage?

For that, sometimes the smartest choice you can make is to sell your car and avoid any further depreciation. If you’re hoping to get the best deal, then sell it to CashCarsBuyer. You can get a free estimate in under a minute. We consider a car's true value and will have a straightforward value on all cars. There's nothing to lose because we'll buy any car in any condition.