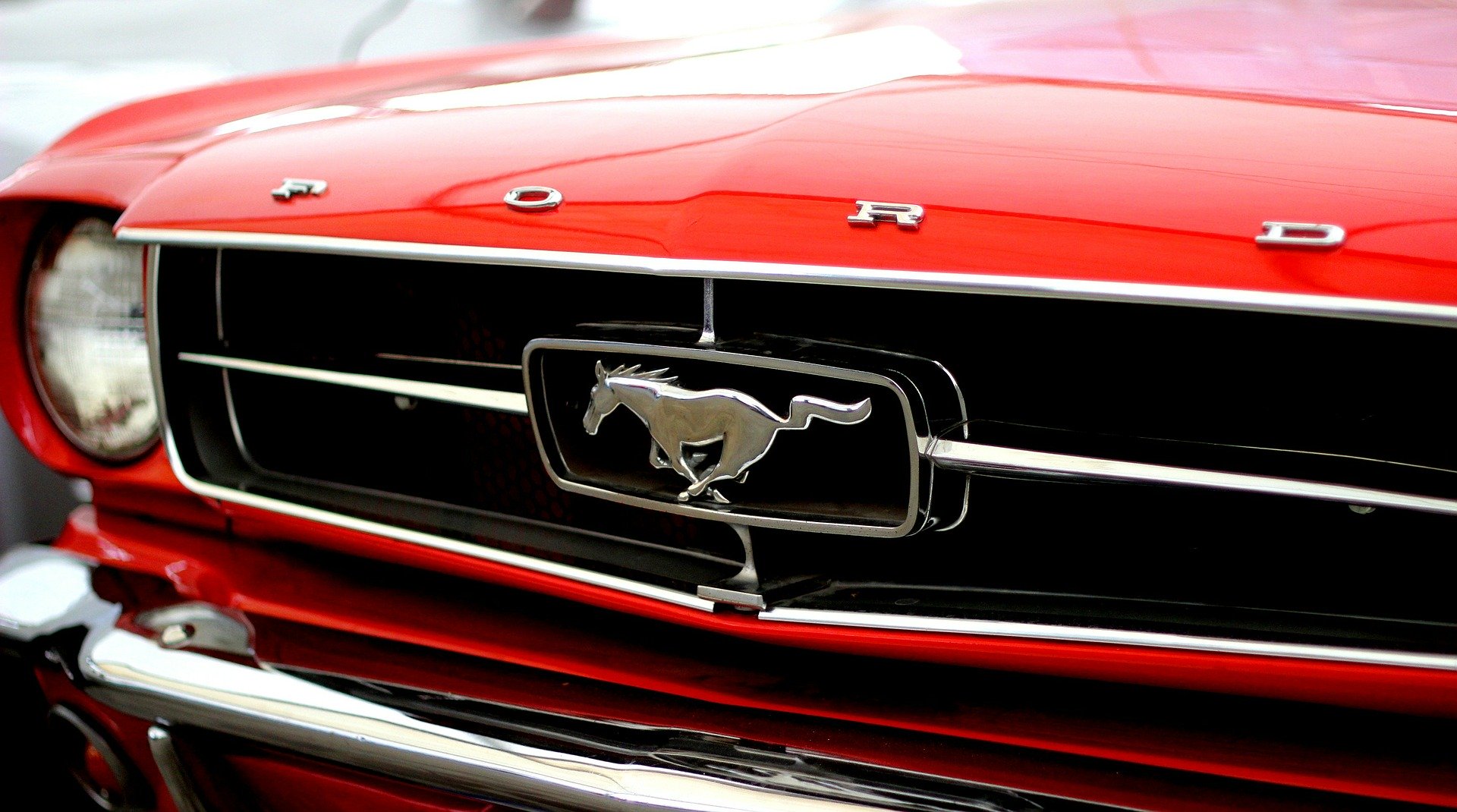 The Ford Motor Company has had some head gasket troubles in the past on some of their vehicles. There had been some reported head gasket problems on several Ford vehicles such as the Ford Taurus and Ford Windstar equipped with the 3.8 liter V6 engine from model years 1988 to 1995, the 2003 to 2007 Ford Powerstroke vehicles, and the 2016 to 2017 Ford Focus RS vehicles. Although the head gasket failures are not uncommon, the said Ford vehicles have suffered gasket failures prematurely due to design flaws and the materials used. Owners of these specific vehicles have reported the problem since the Ford head gasket repair cost is not cheap, it has cost them around $1,200 to $ 4,000 for the repairs and replacements. However, some of the affected vehicles have been repaired by Ford free of charge and some were given some extended warranties.

Because Ford had some head gasket problems in the past, that does not mean that all their vehicles are unreliable. Like mentioned earlier, head gasket failures are not uncommon. They can happen since the head gaskets are exposed to much pressure and temperature changes. They also deal with the expanding and contracting of the engine’s components which make them more susceptible to failure. But if you can do preventative measures to avoid it, do it since the Ford head gasket repair cost is no joke. Read on and we’ll tell you everything you need to know!

Ford Head Gasket Repair Cost: What are the Signs of a Blown Head Gasket?

Before you worry about the Ford head gasket repair cost, you should make sure that you are really dealing with head gasket problems. But first, what is a head gasket? The head gasket is found between the engine block and the cylinder head. It is the one responsible for sealing the internal combustion process and lets oil and coolant circulating throughout the engine which helps to keep it cool and lubricated.

The head gasket is susceptible to wear or damage since the engine functions in extreme conditions with intense heat. The most common cause of a blown head gasket is overheating. When the engine gets too hot repeatedly, the head gasket can weaken and suffer premature wear. So how will you know if your Ford vehicle has a blown gasket so you can prepare for the Ford head gasket repair cost?

You will know if you have a blown gasket if you experience any of these symptoms:

If you notice that your car is emitting excessive and more visible smoke than usual, it can be an indication of a blown head gasket. This can happen when the head gasket has lost its sealing ability. It can no longer keep oil and coolant out of the combustion chambers. When the coolant or oil seeps into the cylinder due to a blown head gasket, it can cause white and blue smoke to come out of your tailpipe.

Oil contamination is one of the most common signs of a blown head gasket. If you notice a milky sludge on the dipstick or on the underside of the oil filler cap, it means that the oil has become contaminated. This can happen when the coolant gets into the oil or vice versa. This problem needs to be addressed immediately since driving with a contaminated coolant or oil can quickly wear the bearings of the engine. You may need to add an engine oil or fluid flush service on top of your total Ford head gasket repair cost.

You may notice a sudden loss of power whenever you try to accelerate. It can be one of the signs of a failing head gasket. This usually happens when the head gasket fails between cylinders which indicates that neither of them will have the required compression to produce power. Oil or coolant getting in the cylinder can also hinder the combustion process which can lead to power loss.

A blown head gasket may be caused by repeated engine overheating, but head gasket failure can also cause your engine to overheat. This can happen since the head gasket can no longer seal properly and cause the hot exhaust gas to leak into the cooling system or the coolant to leak into the cylinders and be burned off. Since the cooling system and the coolant has been compromised, it can lead to an overheating engine. Overheating is something you don’t want to ignore. Do not attempt to continue driving when your car overheats. You need to pull over and stop your car. Driving with an overheating engine can lead to severe problems which can easily double the total Ford head gasket repair cost.

A head gasket that has failed in the middle of the oil or water passage and the outside of the engine can lead to external leaks. You may notice that your oil or coolant is leaking. Although an external leak is probably the least alarming problem a blown head gasket can give, it should not be ignored. It might seem that it does not need immediate attention but if the leak continues and the coolant level drops way too low, it can lead to serious engine problems.

If you notice a slow and steady bubbling of the coolant in the system, it could mean that the combustion gases are getting into your cooling system. This can happen when the blown head gasket allows the gases to seep in. You will usually see the bubbles even when the engine is cool. To check whether it is caused by combustion gases, you can check it using a specialized combustion gas detector.

You may ask, why do you have to repair your head gasket and deal with the Ford head gasket repair cost? Your Ford’s head gasket provides the needed seal between the engine block and the cylinder head. It enables the engine of your Ford vehicle to build up the right amount of compression while also letting the oil and coolant flow throughout your engine.

If you ignore a blown head gasket, the oil and coolant can mix. Plus, a head gasket that can no longer function as a seal can allow the coolant to enter the combustion chamber which can be very harmful to your Ford vehicle. If you keep on driving your vehicle with some head gasket issues, it can cause severe damages to your engine. The average Ford head gasket repair cost starts around $1,200 and the price can increase depending on your unit and if it has any other damage that needs to be repaired.

So if you ask why the Ford head gasket repair cost is too expensive, it is because aside from purchasing the needed parts, you will also need to pay for the extensive labor, the labor hours, and the level of skills of the mechanic. To give you an idea on how much the total Ford head gasket repair cost is, the mechanic or shop will give you an estimate before they start the repair or replacement.

Ford Head Gasket Repair Cost: What is the Cheapest Way to Fix a Blown Head Gasket?

A blown head gasket can ruin your engine when it is not fixed immediately. But because the Ford head gasket repair cost can be very costly, some drivers have no choice but to delay the repair until they can come up with the money needed for the repair. However, there is an easy and cheaper option you can try at home to repair your head gasket problems.

Many people have tried to use it and they said that it is effective if you use the right product. So what is the cheapest way to fix a blown head gasket? It is by using a head gasket sealer. A head gasket sealer works by using or putting to good use the processes that occur in your Ford vehicle. You will just have to pour the head gasket sealer into your radiator and allow your vehicle to run for about thirty minutes with your heater and fan running on high.

When you use a head gasket sealer, you will have to monitor the performance of your car for a couple of days to ensure that the sealant has worked and the repair is a success. If you no longer experience overheating and the other symptoms of a blown head gasket, then it means that the sealant worked.

Keep in mind that using a head gasket sealant is just a temporary fix. It will just buy you some time and prevent any further damage until you can afford the permanent Ford head gasket repair cost. When you use a sealer, make sure that you buy the right product and the right size needed for your Ford engine. Larger engines need more sealant while the smaller engines will need less.

You also need to make sure that you read and follow the instructions or directions thoroughly. Some head gasket sealants will require you to drive your vehicle for about twenty minutes to ensure that the sealant will flow throughout the system. You might also need to allow your vehicle to sit for a couple of hours so everything can cool down.