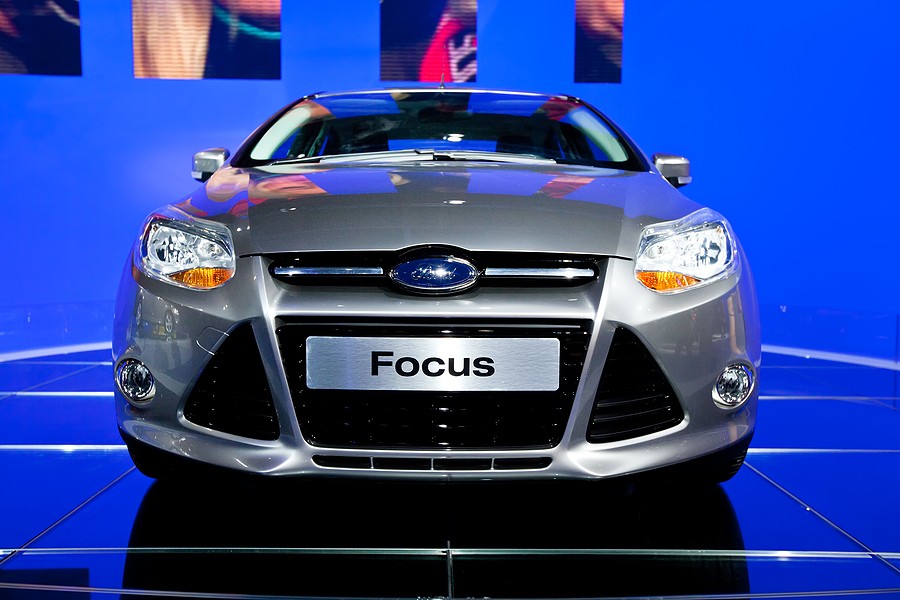 Although the Ford Focus has been an extremely popular car over the years, the history of transmission problems has plagued the model’s reliability. Let’s look at the most recent Ford Focus transmission recall in 2020 regarding the PowerShift transmission that has spurred from years of transmission issues, like problems shifting, stalling, and grinding while changing gears.

History of the Ford Focus

The Ford Focus is a compact car produced and manufactured by Ford Motor Company from the model years 1999 until 2018 in North America, and 1998 until the present in other parts of the world.

Over four generations, the Ford Focus has been a popular car worldwide throughout its entire production span. The best years in sales were the 2000, 2001, 2002, 2012, and 2013 model years, with the other years having reliability issues in terms of the Ford Focus transmission recall occurrences.

The Ford Focus was first created in 1998 and released in Europe. The Focus came after the Ford Escort and began with North American sales in 1999. The car was launched as a three-door hatchback, four-door sedan, and five-door station wagon. The five-door hatchback debuted a few years later in 2001.

The second generation was first produced in 2004 as a new five-door hatchback. In 2007, a new exterior was produced for a sleeker and stylish look.

Along with the transmission shuddering and vibrating, owners also cited concerns with the dealership fixes, repairs, and replacements not fixing the problems. Owners stated Ford knew of the transmission problems but blamed the pissue on other parts so they wouldn ‘t have to issue a Ford Focus transmission recall.

Ford recalled Focus models between the years of 2013-2017 due to the hatchback button malfunctions. The hatchback release switch might require only one press to open the hatchback – and the design requires multiple presses.

For vehicles with a manual transmission, this has numerous reports of occurring. After all, transmission issues are a costly problem, and can involve your car becoming salvaged. This doesn’t comply with the federal requirements of how to open a hatchback, in order to prevent the hatchback from opening unintentionally. If the hatchback opened too easily and prematurely, there is an increased risk of injury.

Owners of certain Ford Fiesta and Ford Focus models could receive a settlement and monetary compensation due to concerns over the problematic PowerShift automatic transmission.

Depending on the number of service visits to a local mechanic or dealership, combined with the number of repair attempts to fix the vehicle’s issues, owners could sell their Ford Focus cars back to Ford for up to around $22,000. In addition to the sell-back option, certain drivers may also be able to receive cash for their troubles due to the Ford Focus transmission recall.

The new settlement regarding the Ford Focus transmission recall was submitted in 2020 – and was much better than the previous deal that was ‘agreed’ upon. Before this settlement was reached, Ford knew that over 1.5 million cars on the road contained the problematic gearboxes, but did nothing about the issue.

The affected vehicles of the 2020 Ford Focus transmission recall dealt with the 2011-2016 Ford Fiesta vehicles and the 2012-2016 Ford Focus model years. The PowerShift transmission used in these cars produced numerous concerns, like stumbling, rough shifting, hesitations, and premature wear that led to performance issues.

Stalling or Inability to Accelerate

Ford stated issues with their transmissions in the focus model, stating that they may unintentionally stall, lose engagement while driving, lose the power to start, or lose acceleration while driving at high speeds. The inability to provide power is a problem with the transmission control module calibration.

The second common sign of Ford Focus transmission problems deals with the shuddering, high degree of vibration, and uncomfortable feeling while driving with an automatic or manual transmission.

The clutch in the Ford Focus often feels as if it could slip or hesitate when switching gears, due to fluid contamination or an improperly-calibrated control module.

The 2001 Ford Focus has many problem categories, with the worst being the engine, interior accessories, windows and windshield, fuel system, and the transmission. Owners cite issues with the loud noises heard while in reverse, the reverse no longer working, and the car not being able to shift out of gear. Any of these transmission issues could easily lead to a Ford Focus transmission recall.

The 2002 Ford Focus has a significant engine defect, causing the intake manifold to fail prematurely. Further, the valve then falls into the cylinder, destroying the engine, and causing expensive Ford Focus head gasket problems.

The top transmission concerns from owners focus on the car losing gears, problems shifting, the shift cable breaking, and the transmission failing prematurely.

The Ford Focus owners have cited numerous safety issues, specifically regarding the electronic power assist steering system and the shuddering transmission that leads to performance issues.

The Ford Focus is now in its third generation, so you would think that it would have fixed the prevalent Ford Focus transmission problems – you would be wrong. The car still suffers from a jerking and hesitating transmission, with the new electronically-driven power steering failing and stalling without any warning.

For the third year in a row, the Ford Focus experienced significant transmission issues due to the expensive and severe Ford Focus head gasket problems.

If you have a Ford Focus, you should know that there are numerous recalls within the car. The recalls are within various categories for the Focus, such as the body, interior, electrical, engine, and transmission in vehicle. Due to the high amount of recalls, the Ford Focus isn’t safe for anyone to drive.

Since the Ford Focus is not safe for any driver, your best option might be to sell your car for some money.