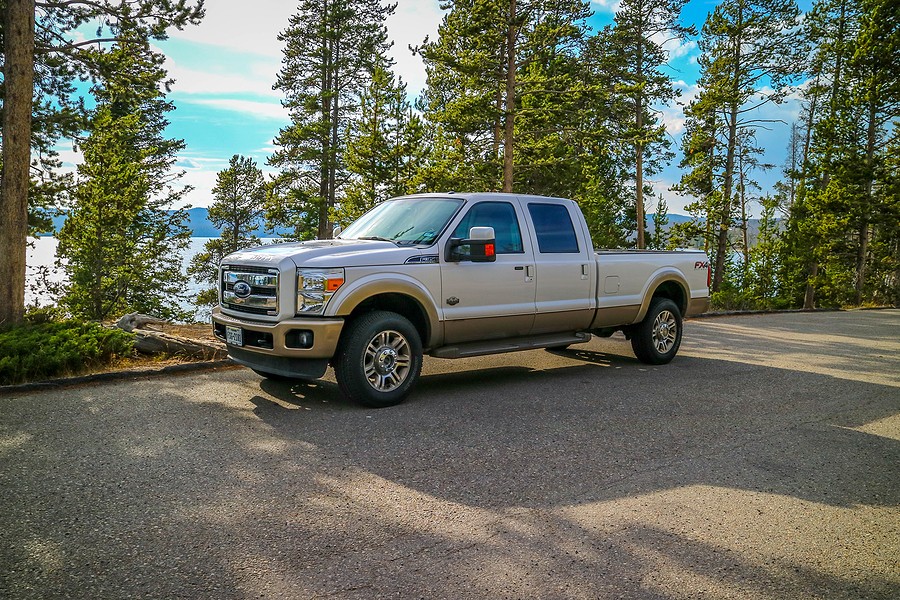 The Ford F350 is one of the models in the Ford Super Duty truck line produced by Ford Motor Company. Introduced in the late 199’s for the 1999 model year, the Ford F350 has been produced until present day, showing how popular this car has been throughout the years – even with the expensive Ford F350 engine replacement cost.

The Super Duty trucks are known for the utilization of a lightweight chassis, complete with heavy-duty suspension components to account for higher towing and performance capabilities. With a vehicle weight of over 8,500 pounds, this car is a heavy-duty pickup that is classified as either a class 4 or class 5 model type.

The Ford F350 was introduced in the third generation of the Ford Super Duty lineup, with a maximum towing capacity of 21,000 pounds and payload of between 3,770 and 4,600 pounds. Furthermore, each engine contains a six-speed automatic transmission and comes in various levels of trim depending on the owner's needs and price range, such as the XL, XLT, and King Ranch.

The engine used in the F350 is either the 6.2-liter Boss SOHC V8, 6.8-liter Triton V10, or the 7.3-liter Godzilla OHV V8 engine. For this car, the Ford F350 engine replacement cost can oftentimes outweigh the benefits.

There are various kinds of engines used in Ford cars, especially the Ford F350 model.

One of the main engine types is the 3-cylinder engine with twin independent variable camshaft timing. These engines are either Duratec, Dragon, Fox, or EcoBoost choices, with these engines typically available in the Ford Fiesta, Ford Ka, Ford Figo, and Ford Focus.

The top categories of concern in the 2004 Ford F350 are the engine, fuel system, drivetrain, and electrical system. Owners of the 2004 F350 complain of a blown head gasket, the engine jerking and stalling, the spark plug ejecting, the engine blowing antifreeze by the exhaust pipe, and the car producing white smoke while accelerating.

Fixing a blown head gasket is very expensive for owners, with the typical repair cost being around $4,500 to install an aftermarket stud kit and replace the entire head gasket at around 110,000 miles. The high Ford F350 engine replacement cost and the unreliable head gasket issues can deter users from purchasing the 2004 Ford F350.

The 2006 Ford F350 has problems in the engine, electrical, and cooling system categories, with owners stating that the car has trouble starting, the fuel injectors fail, the head gaskets blow during use, and the check engine light comes on while driving. The typical repair cost is around $810 to replace or repair the head gasket at around 170,000 miles, increasing the overall Ford F350 engine replacement cost.

The 2011 Ford F350 problems are prevalent in the engine, interior accessories, suspension, and window categories, with the top concerns focusing on engine failure, a blown fuel injector, poor acceleration, and the starter dragging.

The vehicle speed control came under fire in the 2006 Ford recall that dealt with certain trucks equipped with speed control, trucks with gasoline or natural gas engines, and potential for the speed control deactivation switch to overheat. The overheating in the Ford F350 cars could result in fire, smoke, and burning of the internal engine components.

If the speed control is not working correctly, it can cause excess friction and lead to an expensive Ford F350 engine replacement cost. If this occurs in your vehicle, owners have to fix the fuse wiring harness and the speed control system to keep your car working at a high-performance level.

If the heater is plugged in for a prolonged period of time, this could cause a short of the electrical and engine system, leading to an increased risk of fire and engine replacement susceptibility. For owners, dealers will have to disable the cable heater without any charge.

To figure how much you might spend on the Ford F350 engine replacement cost, you need to know the symptoms of a damaged engine.

One tiny crack or hole in the valve cover gasket leads to a lot of oil spilling through the cracks and falling onto other parts of the engine, causing a burning smell and engine damage. Oil spilled onto the exhaust pipes, or cylinder head causes the oil to burn excessively and damage the other components of the engine, increasing the Ford F350 engine replacement cost.

This process of engine overheating could damage the engine parts to the point where you would need a full replacement, increasing the Ford F350 engine replacement cost.

If you have a low amount of oil within your engine, then another problem is a dashboard warning light might come on – the Check Engine warning light. Be sure that when this light comes on, you figure out the direct cause of the morning since it can come on for many reasons that can lead to a high Ford F350 engine replacement cost.

If you notice that your valve cover is dirty, then oil is leaking out of the valve cover gasket. If you do not feel comfortable replacing this part yourself or you want a second opinion, go to a professional mechanic shop and have the service person do the oil change and the gasket replacement for you.

Even though this will increase the Ford F350 engine replacement cost, having professionals take care of the fix can ensure a long vehicle life.

Determining how much you may spend on the ford F350 engine replacement cost can give you an idea of what model year is best for you to purchase! To keep your car running a long time and working at a high-performing level, you need to ensure you keep an eye and ear out for faulty engine symptoms.