Ford Expedition Engine Replacement Cost – How Much Will I Have To Spend? 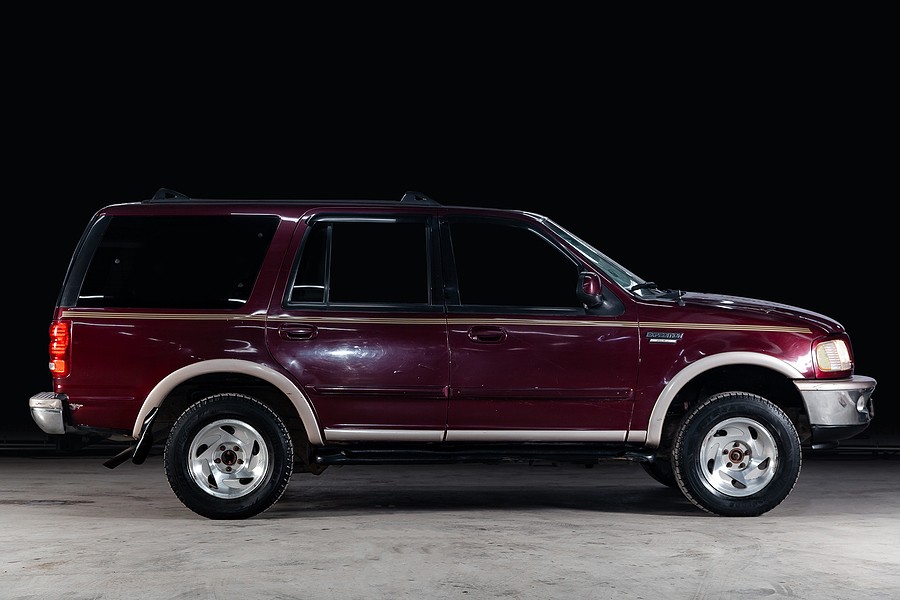 The Ford Expedition is a full-size, three-row SUV produced and manufactured by Ford Motor Company. First introduced in the 1997 model year, this model was the first full-size Ford SUV with a four-door body. Despite the modern styling and performance, the high Ford Expedition engine repair cost deters some users from buying this car – owners might have to pay over $4,000!

The Expedition has been produced for over two decades and spans four generations, with the model available in either a rear-wheel-drive or front-wheel-drive option.

The Triton can produce 215 horsepower and provide 290 pounds-per-foot of torque, making this a powerful and high-performance engine. Unfortunately, the horsepower output does not make up for the high Ford Expedition engine replacement cost.

The second-generation Expedition uses the same engine types, with the second 5.4-liter Triton engine available in a 24V V8 engine. The 24V engine is more powerful and performance-oriented than the previous model option, offering major changes and improvements from the first generation.

Both engines, the 4.6-liter, and the 5.4-liter, were changed in terms of design and overall efficiency. The Expedition, due to the engine changes, now qualified as an Ultra Low Emission Vehicle. This means that the car produces very low emissions levels compared to other vehicles on the road.

Furthermore, the second generation Expedition was certified under the EPA, showing environmental proficiency and its benefits. However, despite the fuel and environmental changes, the high Ford Expedition engine replacement cost was still a concern for potential buyers.

The third generation of the Ford Expedition was procured from 2007 until 2017 and used the 5.4-liter Triton engine and a new 3.5-liter EcoBoost V6. The EcoBoost was used in the 2014-2017 models and was a turbocharged, direct-injection gasoline engine produced by Ford. The EcoBoost engine could produce upwards of 365 horsepower and 420-pound-per-foot of torque.

Even with these performance and power benefits, the high Ford Expedition engine replacement cost was concerning to some users who did not want to risk paying a hefty sum on an unreliable or underperforming engine.

The fourth generation of the Expedition only used the 3.5-liter EcoBoost V6 engine introduced in the previous generation. The 2018 Expedition’s engine uses a variable camshaft timing valve train and a 10-speed automatic transmission, providing seamless shifting and ample power transfer.

Furthermore, the engine provides 375 horsepower and 470-pound-per-foot of torque at around 5,000 RPM. with a compression ratio of 10:1, this engine is focused on performance – but sometimes forgets the hefty Ford Expedition engine replacement cost associated with high power outputs.

There are specific areas of the Ford Expedition that have a higher incidence rate of problem, regardless of the model year. This helps you figure out what area in the Ford Expedition is most susceptible to durability issues and concerns, helping you diagnose and analyze any problems you find in your vehicle.

The engine is the highest area of concern, having 31% of the vehicle’s most reported issues, while the air conditioning and electrical system comes in second at 28%. Furthermore, the suspension and transmission both equate to 12% of total car problems, while the brakes, trim, and body account for 6% of the problems in the Expedition.

As you can see, the engine concerns are the most prevalent and can cause the high Ford Expedition engine replacement cost compared to other vehicle areas. Repairs in the Expedition typically range between $100 and $499 on average, but certain areas, like the engine, have a higher replacement cost.

When looking at the total Ford Expedition engine replacement cost, you must consider the worst model production years. This way, you can avoid purchasing unreliable and underperforming vehicles instead of focusing on safety and efficiency.

The worst model years of the Expedition are the 1999, 2000, 2003, 2004, and 2006 years, with the company seemingly doing most of the pressing issues after the 2008 model year. The most-reported problem is the spark plugs failing in the 2004 Expedition. This model year is also considered the worst production year due to the lack of reliability, high repair cost, and excess problems at low mileage.

Regarding the top three concerns in every single model year, the number one issue focuses on the transmission failure in the 2004 Expedition at around 76,000 miles. This problem costs owners around $2,700 to replace or repair the transmission. In addition, the second most severe problem is the engine shutting off while driving in the 2006 Expedition, costing owners around $700 for the Ford Expedition engine replacement cost.

Lastly, the third most common issue is the paint bubbling in the 2005 Expedition, costing owners around $400 to repair the exterior damage.

The engine category was by far the most pressing in the 1999 Expedition. The NHS also cited various issues with the engine, cooling system, gasoline, vehicle speed control, cruise control, accelerator pedal, and linkages. Owners cited issues with the spark plugs blowing out of the socket, the head gasket breaking, the coils failing, the engine having a high rev at idle, and the engine stumbling upon acceleration.

Fixing the spark plugs will typically cost owners around $830 for the Ford Expedition engine replacement cost to replace the spark plugs, replace the coils, replace the timing chain, or repair the broken coils. Owners will have to carry out this repair at below 160,000 miles, with drivers complaining about the spark plugs blowing, the cylinder head cracking, and the car making loud noises while accelerating.

In the 2000 Expedition, owners complained about the spark plug failure, the engine making loud knocking sounds, engine misfiring, the car stumbling upon acceleration, the car running roughly, a blown head gasket, and the engine catching fire.

Furthermore, an even more expensive repair required in this model year is fixing the engine’s knocking sound for around $1,400. Owners will have to replace or repair the engine heads at below 100,000 miles.

Regarding the engine stalling and shutting down while driving, owners need to replace the fuse box for around $610 and nearly 152,000 miles.

The 2004 Ford Expedition is sometimes considered the worst model year due to the severity and prevalence. However, some of the engine concerns have been remedied since the previous model years, with the majority of complaints in this production year focusing on the paint and transmission concerns.

However, the top owner issues with the engine deal with the spark plug failing, the car randomly cutting off, the engine running rough, and the car turning over but not starting. Repairing the spark plugs costs owners around $1,750 to install a new Helicoil, spark plug, coil, and cable in their vehicle.

Unfortunately for Expedition owners, the engine concerns have still not been fixed in the 2006 production year. The top issues are the engine shutting off during use, difficulties in changing spark plugs, the engine running very roughly, the engine stalling and shutting off while driving, and the ignition coil failing.

In early 2008, Ford Motor Company recalled certain 2006-2007 E-150, E-250, E-350, and 2007 Expedition and Lincoln Navigator vehicles. All of the affected model years contained the same 5.4-liter engine that could potentially leak depending on the durability and construction of the cross-over hose. As a result, the hose could crack and cause a fuel leak, leading to a high Ford Expedition engine replacement cost.

If the fuel leaks in the presence of a hot area, ignition source, or area of excess friction, it could cause a potential fire and unsafe driving situation.

The average price of replacing a Ford Expedition engine will range between $2,500and $4,000, with the typical price coming out to $3,000. The total cost of the replacement will differ depending on the cost of hte parts used and the specific location of replacement, with certain mechanics charging more per hour than others.

Calculating how much you could spend on the Ford Expedition engine replacement cost will give you an idea of what model year is best for you to buy! Determining what production year is the most reliable and safest can help ensure your Expedition is long-lasting and durable for years of tough use.

PrevPreviousAll That You Need to Know About “What Is Frame Damage?”
NextSigns Of Transmission Issues – Listen For Loud Clunking or Buzzing Noises Under The Hood! Next