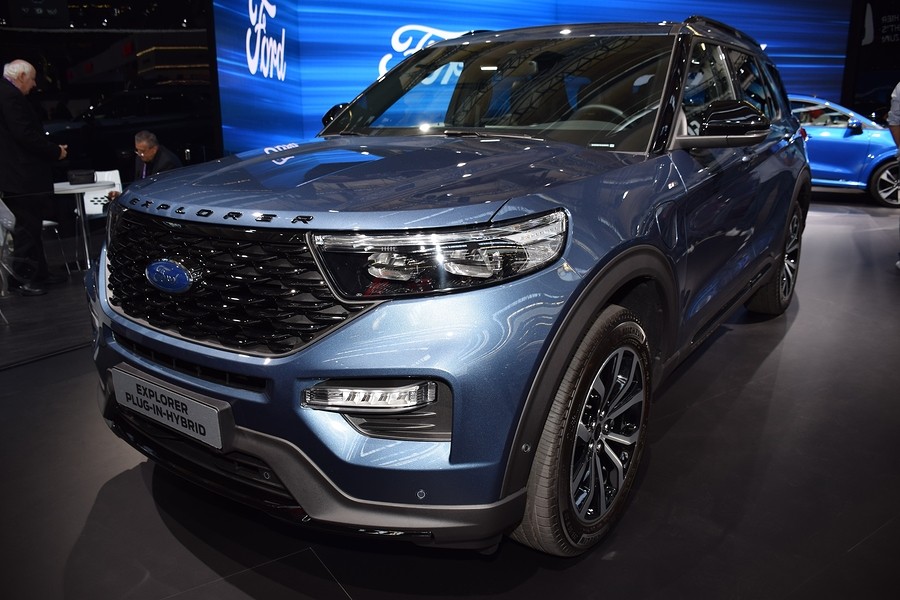 When trying to choose between the Ford Escape versus the Toyota RAV4 you may be having some trouble getting to the bottom of which features are going to be most useful and important to you. Both Ford and Toyota have a long history of producing reliable vehicles. It's not always clear which one is going to be better than the other when you're comparing two things that are both pretty good overall and they have a good number of positive reviews online.

When you compare them head-to-head, you'll see that neither the Ford Escape nor the RAV4 is actually a bad vehicle in any way, and you wouldn't be making a poor choice to buy either one of them. That said, depending on what you need your SUV for and what you're looking to get out of it, one of these is going to be a better choice for you than the other. We can help you make that decision by showing you how each SUV performs, and which comfort and safety features are available, as well as which one will be better suited to your budget overall. Let's take a look and see which SUV comes out ahead in the Ford Escape versus Toyota RAV4 matchup.

If you pop the hood and take a look, the Toyota RAV4 offers you a 2.5 L inline-4 engine. It's capable of providing 203-horsepower and a towing capacity is 3,500 lbs.

The Ford Escape actually has four different engine options if you include the hybrid version. The base model comes with a 1.5 L turbocharged 3-cylinder capable of 180-horsepower. It even has a cylinder deactivation feature so you could drop it down to a two-cylinder engine which is quite unusual and a new innovation for Ford. Either way, it also offers a 3,500-pound towing capacity to keep it on par with the Toyota RAV4.

When you upgrade the engine, the next level up will get you a 2.0 L turbocharged 4-cylinder engine capable of hitting 250-horsepower. There is also a hybrid engine, and a plug-in hybrid engine that you can get as well.

Despite the seemingly less powerful engine that the Ford Escape offers, it does provide a smoother and quieter ride based on most reviews of the vehicle.

Toyota offers seven different trim levels on the RAV4 starting with the lowest trim level, the LE at $25,950. Additional trim levels include XLE, XLE Premium, Adventure, SXE Hybrid, Limited, and TRD Off-Road. The TRD Off-Road is the most expensive trim level at $35,280.

The Ford Escape starts at $24,885 for the basic S trim package, but you can find it in four additional different trim levels. Trim levels include SE, SE Sport Hybrid and SEL, and the Escape Titanium. The Escape Titanium version will set you back $33,550.

The other expense that you need to keep in mind when buying a vehicle is that you're going to have potential maintenance and repair costs that you need to deal with. Now it's impossible to accurately predict what you're going to face in the future with your car in terms of these kinds of fees, what you can do is take some averages that other drivers have had to face in the past to give you a rough idea of what you're making model is going to set you back.

The site Repairpal.com compiles data from vehicle owners and then averages out the figures that they had to pay for routine maintenance and repairs over the course of a year. According to their research, owners of Ford Escapes can expect to pay in the neighbourhood of $600 per year in repair costs. Toyota RAV4 owners, on the other hand, tend to pay around $429 per year and repair costs. The Toyota repair costs are about average for a vehicle in his class, while the Ford Escape does lean towards the higher end of things.

As you can see, based on how much you can expect to pay for repairs over the course of a year, as well as the fuel mileage that you're going to experience, and the initial sticker price, the Ford Escape just eases out ahead of the affordability segment. Ford Escape wins.

Which SUV Has Better Features?

The Rav4 is also going to give you heated front seats and heated rear seats, heated steering wheel, a 360-degree bird's eye camera as well as a power inverter in the cargo area. There’s a Qi wireless charging pad for your phone and depending on the model you can get up to five USB ports, voice recognition, Wi-Fi hotspot, and more.  It comes with a 7-in touch screen in the infotainment center located in the middle of the gauge cluster, while the Ford Escape has a fully digital gauge cluster which includes a 12.3 inch screen.

The Ford Escape has a heads-up display though it's a little flimsy overall, it's Android Auto and Apple Carplay compatible and it also has a self-parking system. It also comes with rain-sensing windshield wipers, dual-zone automatic climate control, ambient lighting, a remote starter, universal garage door opener and a 10-speaker stereo to round things out.

If you're concerned about comfort, the Ford Escape can give you 40.7-in of rear legroom compared to the 37.8-in that you're going to get in the Toyota RAV4. It also offers a little more front legroom than the RAV4.

The 2020 Ford Escape really ups Ford's game in terms of features that the model offers. It's a lot more comfortable, a lot more luxurious in appearance, and a lot more user-friendly inside the vehicle. Even though the RAV4 does have a lot of great features available, it's just not quite on the same level as the Ford Escape. For that reason, we're going to say that the Ford Escape wins.

Both the Ford Escape and the Toyota RAV4 were chosen as top safety picks by the Insurance Institute for Highway Safety. Based on their crash test results, both vehicles have overall good ratings, though the Ford Escape suffered a marginal review for how its headlights handle direct collisions. Oddly enough, the Toyota RAV4 suffered the same problem in the same area, although it depends on the trim level you choose.

The Ford Escape comes with what Ford calls Co-Pilot 360, which includes a wide variety of safety features including blind-spot warning and rear cross traffic warning, lane-keeping assist and automatic emergency braking with pedestrian detection. Adaptive cruise control and lane centering are optional if you want to go all out with the safety features.

Which SUV is the Better Option?

Toyota has been making vehicles since 1933 and it’s established a long history of being both reliable and affordable. The best-selling car of all time is the Toyota Corolla which is sold nearly 46 million units at this point.

The Ford Motor Company has been in business since 1903, which means they've got a century of expertise behind them at this point. As everyone knows Ford was behind the Model T which started the modern automobile Revolution and made cars a viable option for the Common Man. What that means is both of these companies have a history that proves you can rely on them.