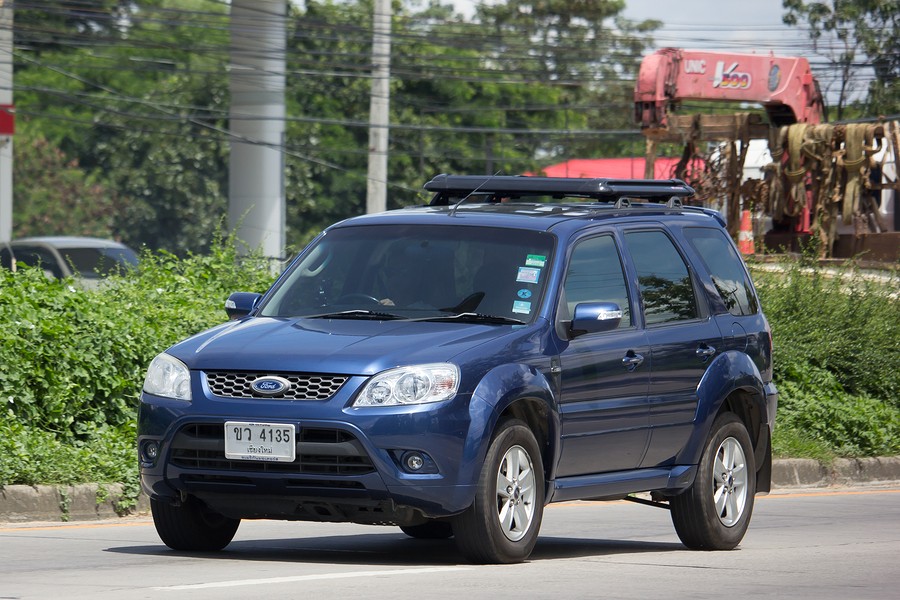 It sounds like a great idea, an SUV with the gas mileage of a compact car. Ford Escapes have a sleek look and they have been very popular for the 20 years that they have been on the road. It’s comfortable seats and its quiet engine makes it a great family car. However, drivers have complained of both major and minor problems with the vehicle. The small SUV has had 49 recalls since it was introduced.

If you are considering buying and Escape, or if you think there may be something wrong with your current Escape, there are a few potential problems of which to be mindful.

In August of 2016, the electrical system software of the 2017 Ford Escape Titanium and SE vehicles were recalled. The automatic windows would close on a person’s hand or head before the system auto reversed.

Some 2018 Escapes were equipped with a poorly fitted front hose. The hose was installed so tightly that it had a tendency to rub up against other components and become torn and cause gas leaks.

Some 2018 Escapes were fashioned with side curtain airbags. These airbags would occasionally fall off during deployment.  If it detached and flew at someone in the passenger cabin, it could have caused serious injury.

Problems with the Doors and WIndows

The door handles on escapes are known for being weak. If the screws on the tailgate handle are not all the way in, the handle may pop off. Many of the handles have plastic covers that crack and fall off after a while.

The seals on the doors have proven to be unreliable and people have reported water getting on the inside of the car after it rains. The seatbelt latch on the 2018 model was reported to be quite flimsy and breakable by several Escape owners.

The 2010 model of Escape was known to have exploding windows. The problem would take place when the tailgate was opened or closed. It happened when the car was both on and off. A reason was never determined and Ford did not recall the windows.

Problems with the Shocks and Struts

If you are driving down the road when the car starts to shake and a rattling noise starts emitting from the back, it may be because it was improperly aligned at the factory. This can be very hard on the shock absorbers and they may have to be replaced.

One of the major complaints about the 2016 Escape was that the windshield cracks easily. Ford might not have used the proper grade of glass and that resulted in an inability to resist winds at high speeds. There were also reports of the windshield separating from the plastic trim.

When you pop up the engine, you will find that the battery is wedged underneath the windshield. Batteries are an often replaced car part and almost everyone will go through one or two of them during the life of their vehicle.

Once the old battery is out and the new one is in, you will have to put everything back together again. You are also certain to find a lot of leaves and road debris under the hood.

Problems with the Cabin

The Escape is known for its comfortable cabin, however, there are a few features that are less than desirable. The cabin of the car has many power cords and it can be hard to tell which line goes where.  There are no cubbies in the car’s cabin which can be a problem if you are traveling with children or going on a long road trip.

The 2005 Escapes were wrought with computer problems. The engine would often shut down while the car was in motion. Ford did not recall the cars until 2014.

Problems with the Brakes

The 2017 Escape has been shown to have multiple problems with the emergency brake. Owners have reported the car rolling downhill when the engine is not even on. Several owners complained about engine problems that even the mechanics at the dealership could not understand.

Problems with the Transmission

The Ford Escape has been plagued by multiple transmission problems over the years.

The 2008 Escape received a multitude of complaints about it’s transmission. The car would shut off at stop signs or traffic lights. Many of these models went through several transmissions over the course of just a few years.

2014 is considered a devastating one for this model of car because of its transmission.

The 2014 model would often stop completely while it was driving down the road. Owners reported having to turn their car on or off again several times  on a single trip. Shockingly, Ford never recalled the transmission.

The 2016 model has been reported to have a shudder that rattles and shakes the vehicle whenever it goes from reverse to drive.

Owners of the 2016 4 door SUV model have reported that the vehicle shifts gears rather slowly in the cold weather. This is apparently caused by the computer’s failure to retain shift point information.

There have been complaints about the transmission failing altogether. The company has refused to replace the transmission in some of these cases. If your car suddenly begins to seize up or slow down, you may want to have your transmission looked at.

2017 Escape owners have reported that the engine shuts off when they are waiting at a corner to turn left. The computer system displays a message saying, “shift the vehicle into park and restart the engine.”

There have been a few instances of the transmission slipping from one gear to another without the driver ever trying to change gears. The Escape seems to have a general problem with shifting gears when it is not supposed to and not responding when the driver actually tries to change gears.

The Escape’s engine has been known to spring leaks even in newer vehicles. People have reported that their check engine light came on and they discovered that coolant had leaked into the engine, destroying it. There have been several reports of the coolant leaking into the head gasket which can cause the car to shut down completely.

The turbo booster has also been known to fail at inopportune moments. The component helps your car accelerate when you are in traffic. A defective turbo booster can be very dangerous because your car relies on it to speed up when you are changing lanes on the expressway. There have been several reports of the SUV failing to accelerate on the highway when the gas pedal was pressed.

Ford famously recalled 140,000 of its 2013 Escapes because of the 1.6-liter EcoBoost 4-cylinder engine that has caused 13 fires.The engine cylinder head often cracked and this caused internal oil links and fires.

Benefits of Owning an Escape

In spite of all of its problems, the Escape is still a highly rated car. It is comfortable and reasonably priced. When the car is functioning properly, it is known for its agile handling and its optional all-wheel-drive feature. It gets great gas mileage and you should always be able to find a mechanic for any car that Ford makes.

If your heart is set on an Escape, you should know that the 2012 model is considered the best value by Money Inc. It costs under $25,000, and it can get up to 29 miles per gallon.

If reading about all the problems experienced by Escape owners has made you leary of getting one of the SUVs, you may want to consider finding a comparable vehicle. Kelly Blue Book chose the 2019 RAV4 as the best crossover vehicle of the year. The stylish machine gets 30 MPG and, like all Toyotas, it has a great safety system. Drivers are impressed by how well the car handles. However, the Rav4 starts out at around $25,950, which is about $1000 more expensive than the Escape.

The Honda CVR is another highly rated crossover vehicle. It is considered very reliable and it does not depreciate in value as much as other compact SUVs. It costs about the same as the Escape.

Where to take Your Car for Repairs

The main problem with the Ford Escape is its transmission. Replacing a transmission can cost around $3000, so you may want to consider if the repairs would really be worth it. If you decide your car is worth saving, you will have several options for fixing it. If the repairs are minor you can do it yourself or hire a contractor. If the damage to your car is more complex you should take it to an auto body shop or to the dealership.

Do it Yourself Repairs

If you have a garage and a full set of tools you can always do minor repairs yourself. Changing the brake pads or oil in your car is fairly easy after the first few times you do it. There are online sites that can guide you through the process of doing simple repairs. You can also find DIY videos online. Parts for any Ford are fairly easy to get in the United States.

If you want to save a few bucks, but you do not have the time or skill to make the repairs yourself, you may want to hire an independent mechanic to do the work for you. You can find mechanics who work out of their home garages on such sites as Craigslist and Angie’s List.

It is probably not a good idea to take your car to such a mechanic for major repairs, but they should be able to do simple jobs at a reasonable price. If door seals, batteries or seatbelts need to be replaced, this may be a viable option.

Be sure to get references and a written price quote from the mechanic that you choose.

Going to the Dealership

If you take your car to the dealership, you can expect to pay twice the price that you would if you took it to an independent body shop. However, the dealership is almost certain to have any parts that your car might need and the mechanics there will be certified in your make and model of car. This can be critical if you need your transmission replaced or if you need the engine rebuilt.

Going to an Auto Body Shop

Most people prefer to go to an auto body shop for repairs. The mechanics are trained and certified and the prices are lower than a dealership. You will be able to talk directly to the mechanic who works on your car. Auto body shops charge by the hour, so be sure to get a time estimate.

If you decide to sell your old car and get a new one, you will have several options for unloading the heap. You can trade your old automobile into the dealership from which you buy your new car. Be sure to read the deal they offer you carefully. Often times they will give you good money for a trade-in and then stick that same amount of money on to the price of your new car.

You could try selling your car yourself, but that can be costly and time-consuming. Websites and newspapers will charge you to sell your car and you will have to deal with showing the car to multiple people.

Cash Cars Buyer is one of the best options you have when getting rid of a used vehicle. All you have to do is fill out our simple online form where we will ask you some basic information about your car. We will call you right away with an offer and make an appointment to pick up your vehicle.

A staff member will come to your location, pay you in cash and tow the automobile away for free. Click below to get started.