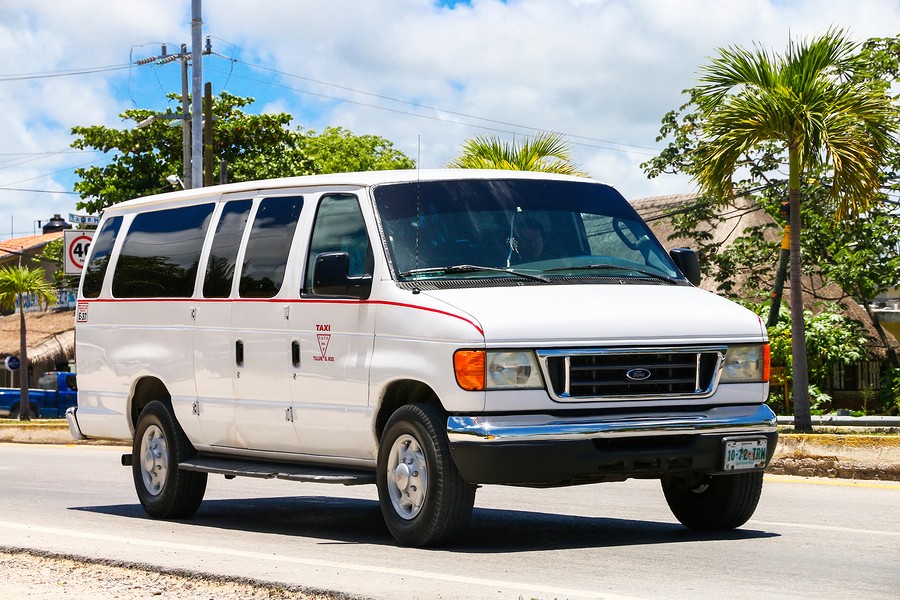 Ford Econoline Vans are the best selling full-size vans produced by American automaker Ford, and it came in four generations.

The Ford Econoline van, or what is known as the Ford E vans, are full-size vans produced by American automaker Ford between 1960 and 2014.

The Ford Econoline Van production discontinued after 2014 and was limited to the cutaway cab and stripped chassis.

Since 1960, Ford Econoline vans were the top-selling vans in the United States, and they came in four generations. About 95% of the Ford Econoline selling’s were by commercial users.

In this article, we will walk you through the four generations of Ford Econoline Van production, highlight the main aspects of the vehicle’s chassis, body, and powertrains. Besides, we will discuss the current Ford Econoline production and the proposed 2021 revisions.

Producing the first generation started in 1961 and discontinued in 1967.

Regarding vehicle dimensions, all the first-generation vans have the same width and height but different in length. The 90 inches wheelbase vans lengths ranged from 168.3 inches to 186.3 inches for the Econoline Super Van. Vans’ width and height were 75 inches and 76.9 inches, respectively.

The first-generation Ford Econoline vans came in three different variants: a passenger van, a pickup truck, and a Mercury Econoline.

In addition to the regular van, Ford produced two passenger vehicles: the Station Bus for commercial and fleet use, and the Club Wagon to replace the station wagons at that time.

Based on the cargo van, Ford offered a pickup truck vehicle. Like the Chevrolet Corvair pickup, this vehicle came with a forward-control configuration and a mid-engine chassis.

The pickup truck came with two windows options: a five-window and a three-window option.

With only ten percent of the 1961 production, the Ford pickup truck was only produced in the first generation as the buyers tend to buy the van configuration.

The mercury Econoline was offered in Canada to maximize the presence of Ford in the rural areas.

The second generation of Ford Econoline vans started in 1968 and ended in 1974.

All vans in this generation were three-door vans with an FR layout.

Regarding vehicle’s dimensions, this generation came with two wheelbase styles: a 105.5 inches SWB and a 123.5 LWB.

The biggest difference between the first and the second generation was moving the engine from between the seats to in front of the front passenger and driver seats.

The third generation of Ford Econoline vans, or what was known as the Ford Club Wagon, was produced between 1975 and 1991.

Regarding the third generation Ford Econoline interior, the vehicles came with a much larger interior room. The vans came with three different body sizes: a cargo van, a passenger van, and a Club Wagon.

The vans came with three different trim levels: the base, the custom, and the Chateau.

All Ford Econoline vans came in three/four-doors with an FR layout and a Ford VN platform.

The Ford Econoline for this generation came with a width ranging from 79.3 inches to 79.9 inches, and a height ranging from 80.7 to 84.1 inches.

In 1992, Ford completely redesigned the Econoline vans. The new vans were produced in a two-box configuration with raked back windshields and downward angled hood.

During this period, Ford produced the first full-size vans with center-mounted brake lights.

The interior of the 1992 vans was redesigned to provide a more upgraded driver compartment with the first-time driver’s side airbag in the standard model. Besides, 1992 provided more passenger room despite the space dominated by the engine cover in the front.

Starting in 1997, Ford brought the exterior of the Econoline to match the other Ford trucks. They replaced the grille shape with an oval-shape cutout with eight holes.

The main change in the interior included full redesign to the dashboard to include airbags for both front seats for all models.

Other additional interior features were added, including an analog odometer and a double-DIN radio.

The biggest design update in 2003 was for the Ford Blue Oval Econoline. Ford used the grille to replace the hood in the Blue Oval van.

When it comes to the interior, Ford updated the cup holders and the engine cover. Besides, Ford added a digital odometer to the dashboard, starting in 2004.

Unfortunately, the E-550 was no longer produced after the 2003 model.

By the year 2008, a lot of updates happened to the Ford Econoline vans. They came with a new hood, new fenders, and a bigger grille that is similar to the 2008 F-Series Super duty.

In 2009, Ford completely redesigned the Econoline van’s dashboard as everything was updated except the steering column.

Some of the new features included: a navigation system, a Ford Sync system, and auxiliary switches. They also moved the glovebox to in front of the passenger seat where it used to be in the engine cover.

Ford also introduced, for the first time in a full-sized van, a rear-view backup camera.

In the fourth generation, Ford introduced additional trims to the regular cargo van, passenger van, and Club Wagon. They introduced the Chateau luxury trim, which received the Truck of the Year award by Motor trend.

The year of 2011 was Ford’s 50th Anniversary. They offered the XLT Wagon. This XLT Wagon came with metallic blue paint, exterior badging, and much more.

Currently, Ford no longer produces any of the cargo or passenger vans as they were replaced with the Ford Transit from the fourth-generation production.

Although the passenger and cargo vans were the best-selling vans since 1980, Ford replaced them with the Transit as an option for additional cargo space, fuel economy, and body configuration.

Ford is currently producing the cutaway and stripped configuration only, and they were focused on commercial use only.

In 2019, Ford stopped producing any of the Chassis Cab, and they only focused on producing the Cutaway configurations. For costumers who want to buy a Chassis Cab, they had to buy a Ford Transit Chassis Cab.

Ford sales in the United States decreased over the 22 years of production. Their maximum US sales were late in 1998, with about 206,026 vehicles. These sales reduced to almost half by the year of 2009. By the year 2019, the sales decreased significantly and were approximately 45,063 vehicles.

The increase in sales might not be related to issues with the vehicle, and it could be related to other, more affordable options by other competitors. Or probably, people tend to buy smaller size personal cars than these larger buses.

During the International Work Truck Show in 2019, Ford announced that it would produce a 2021 revision of the Econoline van series.

The new series will also be a cutaway-cab configuration with a new 7.3L V8 engine to replace the old 6.8L Triton V10 with the same six-speed automatic transmission.