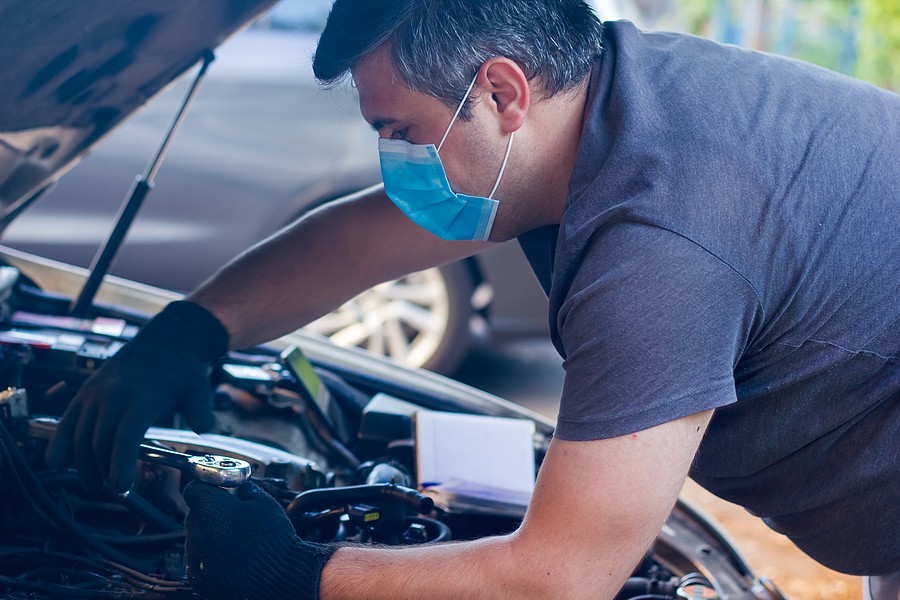 The Dodge Charger being the world's first four-door muscle car is also popular for its sheer power on offer. When it comes to this car you’re sure to get an engine that is pure power, no matter what trim or options package you go for. So naturally, you may also ask, will that power also cost you. What is the engine price for Dodge Charger?

The Dodge Charger is one of those cars that will never go out of style. The Dodge Charger was first marketed in 1964 and soon became a staple of American culture. Even Johnny Cash sang about it. This car that has been around for decades has been known as an American classic all over the world to this day.

At the peak of the Charger’s fame in 1968, the Charger 500 was unveiled as a vehicle that would attempt to dominate the NASCAR race track. Sadly, the car didn’t have the effect that the brand had hoped for and the model is considered a bomb.

Instead, Dodge transitioned that variant into the Charger Daytona and the rest is history. Thanks to the limited number of street versions of the Charger 500, nowadays the vehicle is considered a collector’s item whose price keeps rising year after year.

One notable thing about the Dodge Challenger is its significance in popular culture. The Fast & the Furious movie franchise showcases a lot of muscle cars, but what it highlights is the 1970 Dodge Charger R/T among the bunch. The movie franchise has been entertaining race car fans and has been introducing the love for race cars since 2001. Without further ado, the following are the engine price for Dodge Charger:

In 2005, Dodge reintroduced the Charger in a new form for the 2006 model year. This generation was only available as a four-door sedan using the Chrysler LX platform. The design was supposed to be reminiscent of the 1960s and 1970s Chargers.

The taillights, like the new stamped hood and side panels, harkened back to that first and second-generation era of the Dodge Charger. This generation was available with an option for V6 and V8 engines.

In its first year, the Dodge Charger was made available in different trims, like the SE, SXT, R/T, R/T with Road/Track Performance Group, Police, and Daytona R/T versions. The basic SE model included a 2.7 L V6 engine.

The 2.7 liter Dodge engine is the replacement engine if you blow engines of a Dodge Charger, Dodge Magnum, Dodge Intrepid, and Dodge Stratus.

Additional features and trims were available for the Sixth Generation models of Dodge Charger and that includes the Charger R/T with a 5.7 L Hemi V8 with a 5-speed automatic transmission. It has a multiple-displacement system allowing it to save fuel by running on only four cylinders when cruising.

The 5.7 Hemi engine price for Dodge Charger could be as low as $2000 – $3,000 depending on the year of engine. Overall, the 5.7 Hemi is a great engine with a reputation as a reliable and sturdy workhorse. Anyone who owns a 5.7 Hemi engine will most likely have very few if any, negative things to say about it.

The SRT8 trim is equipped with a 6.1 L Hemi engine with a 5-speed automatic. It came with an option for a Road/Track package with 10 additional horsepower. The Hemi 6.1 Engine is a reliable and well-built engine. It can deliver high mileage in excess of 250 000 miles, with regular maintenance and service.

The Hemi 6.1 engine was based on the 5.7-liter engine but is a much lighter engine, with its forged micro-alloy steel crankshaft, lighter pistons, cast-aluminum alloy cylinder head, and stronger connecting rods. The 6.1 L Hemi Engine price for Dodge Charger is around $4,000 -$5,400.00. It could fit 2006 to 2010 Dodge Charger models with 6.1L engines.

Although the 2011 Dodge Charger’s side and rear styling cues are reminiscent of the 1968-1970 models, it received a fresh interior and exterior. Its rear end received a more modern wrap around LED tail light spanning across nearly the entire length of the trunk, making it look unique from front to rear.

This V6 engine is one of the most advanced engines to date that is created by Chrysler. The V6 is also used in top cars like Dodge Challenger, Jeep Cherokee, and Jeep Wrangler, among others. The 3.6L Pentastar V6 was among the top 10 engines in the US market for three years in a row. Refurbished one engine price for Dodge Charger with this specification is from $3,299 to $3,699 or more.

For 2012 to the 2018 year models of Dodge Charger, the Scat Pack 15+ was offered. It makes use of features that can be seen in regular SRT-8 models and that includes accessories and badges that will remind you of the 60s and 70s muscle car. The pack includes a mighty 6.4-liter V-8 which produces 485 horsepower. The 6.4L engine price for Dodge Charger could cost from $4,500- $6,000.

The Dodge Charger changed the game for muscle cars as being gas guzzlers when the brand added an Eco mode to the Charger Hellcat in 2016. A move that was praised by some but was despised by passionate muscle car lovers purists all around.

Now that you know the prices of the different engines of Dodge Charger you now have an idea if it’s cheaper than the cost of repairing a Dodge engine.

How much does the Hellcat engine cost?

It was in the year 2020 when the Charger Hellcat came standard with a widebody to make the way of an improved tire/suspension package. Dodge also stepped up a notch with a new trim for 2021 tagged as the SRT Hellcat Redeye.

The 2021 Charger SRT Hellcat isn’t that much different in terms of features when compared to its predecessor but the latest edition comes with a 6.2L High-Output Supercharged HEMI V8 engine that produces 797-horsepower, making it by far the fastest and most powerful sedan you can buy now.

The 6.2-liter supercharged Hellcat Redeye V-8 is now available as a crate engine from Mopar. Engine Price for Dodge Charger for the Hellcat engine starts at $21,807.

Unfortunately, no. Because of its defective nature, the 2.7 was susceptible to oil sludge, according to the Chrysler lawsuits. The defect causes the engine to malfunction a lot faster than it should or than to be anticipated.

About the 50,000 to 60,000 mile range, the engine was found to malfunction. The engine also failed at around 20,000 miles in some instances. These facts are among other 2.7 engine problems you have to know.

What engines can you put in a 2008 Dodge Charger?

A range of engine options come with the 2008 Dodge Charger, beginning with a 2.7-Liter V6 and rounding off with a 6.1-Liter SRT HEMI V8. The base engine ride is well appreciated by most reviewers, but they find the top tier V8 outstanding.

The base SE trim comes with a 2.7-liter 178-horsepower V6 engine, delivering 190 pound-feet of torque. Reviewers find that satisfying but nowhere near thrilling. As indicated by Kelley Blue Book the base V6 delivers only “enough power to have a little fun.”

Another engine you can put in a 2008 Dodge Charger is a 3.5-liter, 250-horsepower V6 engine, which produces 250 lb-ft of torque, which Edmunds praises as having adequate acceleration, with smooth power delivery, offering a pleasant driving experience.

You can also opt for a 5.7-liter, 340-horsepower HEMI V8 engine, found on the Charger R/T. It is the engine wherein you can enjoy a 20-percent-better fuel economy because of Chrysler's Multi-Displacement System.

While the Dodge Charger’s reliability rating is not topnotch, and repairs needed tend to be more severe than average, fortunately, the number of those issues is low. The Dodge Charger also has its strong points that have earned its recognition as an American Classic. One of its crowning glory is its engine — the very heart of your car. That makes the engine price for Dodge Charger worth every penny.