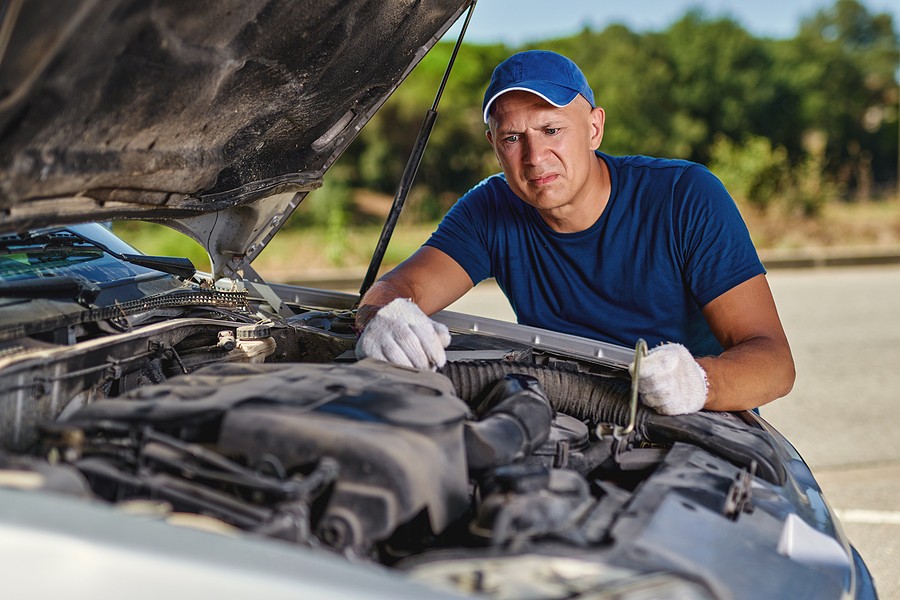 Engine problems are one of the most feared issues any driver has to deal with. Depending on your car, especially if it's been around for a few years, it's possible that repairing an engine can cost more than the entire car is worth. That's why a little preventive maintenance is always the best thing to do to keep your car running smoothly. However, sometimes that's easier said than done and we let things slide.  Other times things just happen randomly even when we have been doing our best to take care of a vehicle.

A seized engine, or a locked-up engine, is definitely one of the most annoying problems that you can deal with as a driver. You put your key in the ignition to try to start your car and the engine doesn't turn at all. You might hear a clunking sound at first and then the car stops dead and nothing happens from there. This could even happen when you've got a brand-new battery and a full tank of gas.  A seized engine is caused by some kind of mechanical failure, usually having to do with oil, but not always.

Let's take a look at some of the signs and symptoms of a seized engine, what causes it in the first place, and what you can do about it.

Signs and Symptoms of a Seized Engine

When your engine is about to seize up on you, the most prevalent sign you're going to experience is the sound it makes. Before it seizes completely you should be getting these warning signs that alert you to a problem so hopefully, you'll have an opportunity to fix it before it gets too bad. However, we know that's not always the case. Still, if you're noticing any of these signs, you should do what you can to deal with it as quickly as possible.

Your engine is going to make some distinct noises when it gets bad enough that the danger of locking up on you is present. Before it fully locks up, you should hear some loud clunking, banging, knocking sounds that come from the engine.

As the situation gets worse the sounds will also get worse. You'll hear a metallic striking sound, sometimes known as dead knock. This is the sound of the piston rod banging into the crankshaft and it is extremely bad.

If you're noticing smoke and a smell coming from your engine, and especially if it happens to catch fire on you, then you could certainly be dealing with a seized engine. If your starter is unable to get the engine going because it's locked up on you, parts will begin to overheat including the wires. This can cause smoke and potentially even a fire, especially if your engine is covered in oil and debris.

The end result of all of these symptoms if they're not addressed soon enough is that your engine will stop working entirely in your car. Ideally, you’ll be able to catch it before it gets this far, but that's not always the case. When your engine has fully locked and failed nothing is going to get it started again. You will still have control of the electrical system, meaning you'll be able to use your lights and your radio, but you won't even hear the vehicle attempt to crank and turn over.

What Causes an Engine to Seize?

There are several reasons that your engine might seize up on you and cause this level of damage.

Believe it or not, water is one of the reasons that an engine is going to seize up and cease functioning.  Once it's in your cylinders, water is not compressible in any way and does not mix with the fuel and oxygen in your car at all. A serious leak of some kind could allow water to get into your engine but that is extremely unlikely. More often, this is caused by risky driving such as when you try to head down flooded roads.  Water is pulled in through the intake valve and causes what is known as hydrolock in your engine.

If you've ever seen videos of people in flood conditions trying to manage water that gets up over in the front grill of their vehicle, you likely would have seen the cars stall out in the middle of the road as well. That's because water ended up flooding the engine, which prevents the combustion reaction and also can strip away the oil making the entire engine useless at that point. Keep that in mind if you're ever in flood conditions, if the water gets up over the tires of your vehicle, it is much too dangerous to drive.

This is much more likely to happen with an older car that's been sitting around for too long. Over time moisture will accumulate naturally, just from condensation in the air, and if a car sits for an extended period of time without being used, parts of the engine will end up corroding. The pistons in particular, and the valves and the cylinders can build up a layer of corrosion that spreads from one part to the other. This makes it all but impossible to get the engine started again as a result.

Although not common, it's not unheard of for some parts to have been machined incorrectly. Your engine relies on numerous moving parts to function properly. If something was made with a fault in it, even a hairline fracture, over time the stress and heat from running your engine can put more pressure on that fault until it finally fails. As unlikely as it seems, this is also the driving force behind many vehicle recalls. Manufacturers will issue a recall when they learn that some of the parts used to make a car have suffered manufacturing defects, so you can take the vehicle back in to get the part replaced free of charge and prevent further damage. Since these are the fault of the manufacturer, they do often try to take care of these when they realize the problem is big enough.

Hydrolock is what happens when you have water flooding your engine, but vapor lock is what happens under extreme heat circumstances and some other conditions. The fuel that is in the lines between the fuel pump and your engine will actually turn to vapor because the heat of your vehicle, sometimes caused by extreme heat and outside conditions, has caused it to vaporize. This can happen just about anywhere, even parked in your parking space or waiting in traffic. Your fuel pump is unable to move fuel vapour because your fuel has essentially boiled in the lines.

A lack of oil is likely the most common cause for engine lock to occur. If you don't maintain a regular schedule of oil changes, the level and quality of your oil will decrease dramatically. This causes excessive friction between the metal parts in your vehicle which leads to that knocking sound that we mentioned earlier. When it's left to go for a long enough period of time then your engine seizes up because there's simply no more lubrication between the parts any longer.

How Do You Unlock Your Engine?

Fixing an engine that is seized up on you depends heavily on the reason that it stopped working in the first place.  Some of these fixes are easier than others, and some of them are going to leave your engine permanently damaged.

Fixing Vapor Lock:  Vapor lock does not happen in most new cars because of the way modern fuel injection works, but if you still have an older vehicle with a carburetor then this might be an issue for you. There are a few quick fixes you can try to get your car working again if you're suffering this problem including pouring cold water over the fuel pump and fuel lines when your ignition is off. This will cool things down and allow the fuel to condense to a liquid form again.

At this point you can try to start the vehicle again carefully by turning the key and very slightly pressing the accelerator. Keep this going until you get it just started and you'll experience a bit of sputtering as the vapor gets cleared from the lines.

Fixing Hydrolock:  Fixing a hydrolocked engine is a more difficult task than fixing a vapor locked engine. You have to remove all the water from the cylinders for this to work, meaning you need to get the spark plugs out and dried off or replaced. The cylinder walls should be fine if you clear up the water as soon as possible after it becomes flooded, but if it sits too long you may have corrosion issues to worry about as well. You're going to want to take out the spark plugs and crank your engine right away to pump the water out of the cylinders. Once you get all the water drained from the engine, the spark plugs may have to be replaced, you'll need to do a full oil change as well to get any water out of the oil.

It's also possible that if your car was fully running when it got flooded, which is to say you drove down a flooded road or through a deep puddle pulling water into the engine that the entire engine is going to need to be taken apart and stripped down. Each individual part will need to be cleaned out and inspected to make sure that you don't have any bent connecting rods, cracked pistons and so on. As you can tell from the sound of things this is not going to be a cheap job at all. If you require a full repair of a hydrolocked engine you may end up paying anywhere from $3,000 to $8,000 to get the job done.

Fixing an Engine That Has Sat Too Long: If your engine is frozen because the car was simply sitting too long and some internal parts ended up rusting in place, it's possible that this could be fixed with a little oil. You can remove the spark plugs, fill the cylinders with oil, and let it sit for a few days. You can then try to start the engine up with a breaker bar. If it gets going again, then you're good to go. If not, you may need to rebuild or replace the entire engine.

As you can see a locked-up engine is something you absolutely want to avoid. Aside from the inconvenience of your car not working properly, the cost of having to rebuild or replace an entire engine that can't be repaired is sometimes more expensive than buying an entire new car. The best thing you can do when it comes to engine lock is head it off at the pass and prevent it before it starts. That means making sure that you keep up with your schedule oil changes, oil typically has to be changed every 5,000 to 7,500 miles although you should check your owner's manual to find out what works best for your vehicle.

In addition, you want to make sure you're never driving into risky situations like flooded roads. If a road is clearly flooded out your best bet is to drive around to higher ground than risk trying to get through water that may end up causing your engine to hydrolock and leaving you stranded in a dangerous situation. Not only do you have to deal with a frozen engine, you may have to deal with dangerous flood conditions as well as it's simply not worth it.