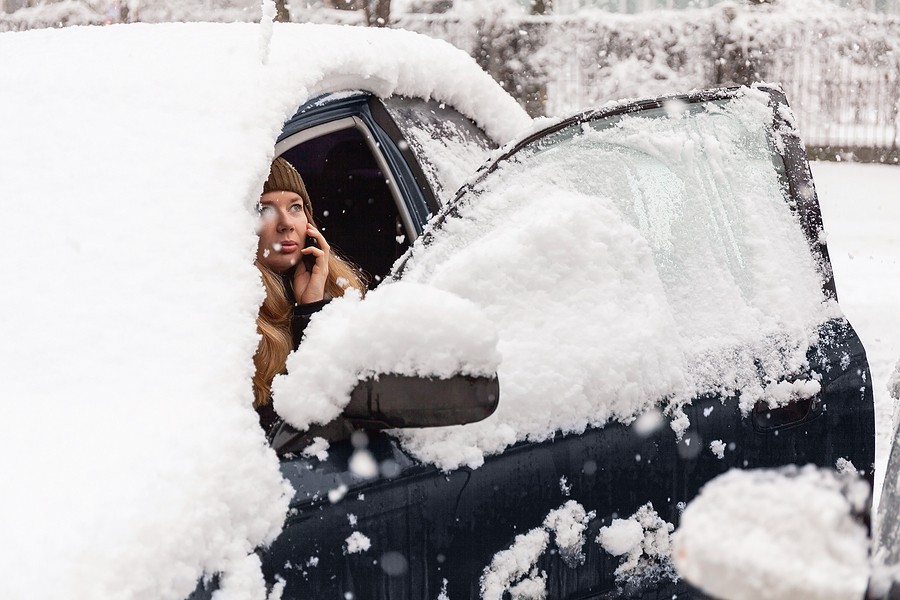 Engine hesitation is something that you may have experienced but weren't sure what it was. We use the term engine hesitation to describe the phenomenon that happens when you put your foot on the gas pedal to accelerate and then experienced what seems like some power loss from the engine for just a brief moment. It's almost like your car is thinking about what you just asked to do and trying to decide if it's going to go ahead and do it or not. That's why we refer to it as hesitation, it's a moment's pause before the vehicle actually begins to accelerate and respond in the way you expect it to.

It's very likely that when you put your foot on the gas to get going and you're experiencing some engine hesitation that instead of picking up speed you're actually going to reduce speed.  You may hear other drivers or mechanics refer to it as stumbling and sometimes it's even associated with misfiring, although that's more of a cause for hesitation rather than the hesitation itself.

What Causes Engine Hesitation When It's Cold?

Everyone knows that cold weather can often cause difficulty getting your car started. If it's a particularly harsh winter morning when you first get into the car it's entirely possible that you're going to have to try a few times to get your car started. If you're experiencing some engine hesitation when it gets started in the cold weather there is a reason for it beyond the fact that your car just doesn't like waking up on a cold morning any more than you do.

Your car has a coolant temperature sensor inside of it that reads the temperature of the coolant and lets your car's computer know to add more fuel into the air fuel mixture because of issues with the air density caused by this lower temperature. You might end up idling for a longer period of time than you would in warm weather as the engine begins to warm up. The cold start injector in your engine adds more fuel until the engine reaches the proper operating temperature to compensate for the cold weather. Basically what's happening is that your vehicle's ECU is directing the injector to squirt in a tiny bit more gasoline to make a richer fuel mixture towards the end of warming your car up faster.

A problem in any of these components can end up causing the hesitation you're experiencing as you start up. Likewise, a problem with your EGR valve for instance could lead to your car reading colder than it's supposed to be. If your EGR valve is stuck in the open position, your cooling sensor may be reading the wrong temperature and not compensating with the extra fuel to warm your engine up as necessary.

There are a handful of other issues that can cause your engine to hesitate as well.

Bad Fuel Pump: Your fuel pump is what moves the fuel from your gas tank to your engine so that you can actually have the combustion reaction to get going in the first place. Like every other part of this system it is supposed to direct a very precise amount of fuel to the engine so that your combustion reaction is optimal. If your fuel pump isn't working the way it's supposed to, then it's not going to be sending the right amount of fuel to the engine and that's going to end up causing some engine hesitation. You'll notice this most often when you're trying to accelerate or go uphill.

Bad Fuel Injectors: Fuel injectors are what spray the fuel into the combustion chamber during the combustion reaction in order for  your engine to start working in the first place. If the fuel injectors get worn out or clogged, then they won't be able to spray the correct amount of fuel in. This particular problem will definitely come into play during the cold weather if the sensor recognizes that your temperature is very low and tries to compensate by adding more fuel to the mix but the injector isn't able to meet the demands because it's clogged or faulty in some way.

Bad Fuel Filter: Just as a faulty fuel pump or a faulty fuel injector can cause problems with engine hesitation so too can a bad fuel filter. The fuel filter prevents debris and contaminants from mixing into your fuel before it can be burned in the combustion chamber. If the fuel filter is too badly clogged then not enough fuel is going to make it into the combustion chamber and that's going to end up causing some serious hesitation.

Bad Throttle Position Sensor:  Your throttle position sensor is used by your car's computer to determine how open the throttle is as a result of you putting your foot on the accelerator. The demands that are put on your engine and ensuring how much fuel and air is needed to burn, is directly related to this. However if your throttle position sensor isn't working right then your computer isn't going to get the right  signals about how fast you're trying to go and in  turn that means you won't be getting the right mixture of air and fuel into the combustion chamber at the right time.

Bad Mass Air Flow Sensor:  Your mass airflow sensor, or MAF sensor,  measures the amount of air going into your engine. This helps determine the ratio of air to fuel that is burned in the combustion chamber. If the mass airflow sensor isn't working correctly then you're not going to be getting the right measurements for the air entering the engine and your car won't be able to determine the proper ratio for fuel to air.

Technically your mass airflow sensor should be able to handle cold temperatures but if it gets too cold that may not be the case.

How Do I Prevent Engine Hesitation When It's Cold?

Preventing your engine from hesitating during cold weather is not as easy as it may seem all the time. And it very much depends on what exactly caused your car to hesitate in the first place. Keep in mind that if you live in a place with extreme cold temperatures, there is very little that can be done because most machines are unable to operate properly in extremely cold weather. It's not a malfunction in particular to your vehicle it's just a by-product of trying to operate a mechanical system in weather that resists such things happening.

As we have seen there are a number of different parts that can react to the cold weather which in turn causes your engine to hesitate because of the cold weather. You may hear people make suggestions like changing your spark plugs or other such things to help prevent this problem from happening, but they often don't work for most drivers. For instance, we didn't even list a problem with the spark plugs as the cause for that is because it's often not the case. Spark plugs would have very little to do with your engine hesitating in cold weather.

You can inspect things like the mass airflow sensor and your EGR valve to see if they are getting stuck in either the open or closed position. Often a quick visual inspection is all it will take to determine this. These things can get clogged, and if there is some excessive moisture in your engine then it will obviously freeze in cold temperatures and hold these sensors and valves incorrectly, preventing them from doing their job.

If you have some kind of engine block heater this is often the best recourse for dealing with extreme cold weather. If you know you live in a place that has particularly harsh winters, and you've seen that your vehicle has issues getting started when it gets cold out then you may want to definitely consider buying one of these.

You can head to AutoZone and check out what engine heaters are going to set you back. Some of them can be picked up for as little as $20, these are the kind that you need to plug into the wall of your garage once the heating element has been attached to your engine. Others get a little more complex as the price will go up from there. In general, you're looking at prices that range anywhere from $20 up to $100 for engine heaters, some of which are magnetic and will just stick right onto the engine block itself while they do their job.

Keeping your car parked inside a garage can also help ameliorate this problem to some degree as well. If it's not a heated garage, it won't make that big of a difference but if you can keep your car out of the winds then that can certainly help. Likewise, if you can keep snow and freezing rain away from your vehicle you may also increase your chances of avoiding engine hesitation caused by cold weather.

Unfortunately, there aren't a lot of other options when it comes to dealing with how the cold weather affects your car Beyond getting your car warm. When you think about it, that really is the only issue. If all the components in your vehicle are still working properly, and we're not saying that they are but they could very well be working perfectly fine in warm conditions it's just the cold weather that's holding the back, then your repair options are limited. If there's nothing to repair, you can't do much about it.

Anyone who lives in cold weather has had at least one morning when their car just didn't seem to want to turn over. When it finally did, their performance was lackluster at best until the car had time to warm up. This is basically par for the course when you live in harsh Northern climates and often isn't the kind of thing you really need to worry about too much. That said, if you do have a problem with your coolant sensor, the fuel injectors, the mass air flow sensor or EGR valve the cold weather situation is just going to make it that much worse for you.

Your best bet is to give all of these parts a quick inspection if you can, especially if you're experiencing other symptoms related to any of those things malfunctioning. A good way to tell if there is a bigger issue here is to get your car up to a normal operating temperature, perhaps after letting it warm up for about 15 or 20 minutes on a cold winter morning.  If it is warm enough that when you turn on the heater in the cabin, you're getting some good, hot air coming out then your car should be at a decent temperature to drive normally at that point. If you're still experiencing problems with hesitation, stalling, misfires, poor fuel economy, issues accelerating and so on then there's a good chance you actually do have a malfunction in one of these parts that we've mentioned. However, if you can get the car up to temperature and all the problems seem to go away then it truly is a problem related to cold weather. At that point your best bet is to simply invest in an engine block heater to keep your car warm even when the mercury dips incredibly low.