10 Electric Vehicles Myths: All You Need to Know 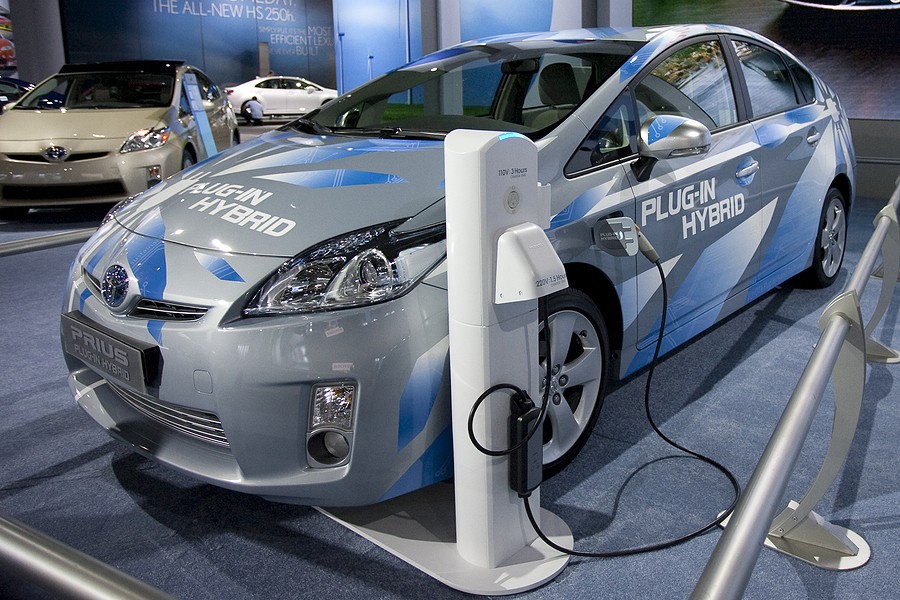 Here are the 10 most common electric vehicles myths:

Over the last couple of years, we started seeing many electric vehicles across the roads in the US and worldwide. However, still too many people the electric vehicles are part of the future, and they're not very familiar with all the details about them.

With new calls to switch full vehicles and the increased gas prices, many people are switching to electric vehicles nowadays. Unfortunately, the internet is filled with false information about the electric vehicles.

In this article, we will highlight the 10 electric vehicles myths, and we will provide you with detailed clarification as to why these should be myths and you should not worry about them. Once you read through the article, you should have a clear idea about what to accept in terms of information about Electric vehicles.

We highly encourage you to choose your resources before making any final interpretation about electric vehicles or any types of information from the internet. If you're planning to switch to an electric vehicle or if you would just learn about it real information regarding electric cars, this list is extremely important to clarify some of the misconceptions out there.

Let's take a closer look at the 10 electric vehicles myths

1.    You might run out of charge if you're trying to go longer distances

The biggest and most common myth about electric vehicles is short-range. Previously and when electric vehicles were first invented, the range was a big challenge where people couldn't go far distances. However, with the advanced technology nowadays, companies and manufacturers can produce vehicles with a very long range that covers your daily errands without any issues about recharging your car.

According to recent statistics, the average American requires about 40 miles to travel each day. Luckily, electric vehicles provide you with even twice this range if you go with the most affordable type of electric vehicle.

For example, if you decide to own a Nissan leaf, you can easily achieve 150 miles on one charge! Similarly, going with a Chevrolet bolt electric vehicle, you don't have to worry about charging the car up to 238 miles!

If you went off in the list and often looked at vehicles and decided to drive a Hyundai Kona, you can get up to 258 miles without charging your vehicle again.

Some even better cars provide you with more range. For instance, the Tesla Model 3 provides you with 310 miles of range. However, if you decide to upgrade a little bit and go with the Model S, you can reach about 335 miles on one single charge.

According to recent articles, Tesla is planning to boost its mild range up to 620 miles per single chart which is insane!

Because people are not yet aware of the power that electric vehicles can provide you, they still think that electric vehicles are very slow compared to their counterpart's gasoline cars. However, according to recent statistics, your vehicle is expected to be way faster. It will provide you with 100% torque immediately after starting, which is not what you achieve when you drive a gasoline car.

According to some recent articles, the Tesla Model S provides you from zero to 60 mph in less than 2.5 seconds! There is still a very common misconception that many vehicles are very expensive and we won't be able to afford them unless you break your budget. However, manufacturers are now working harder to provide electric vehicles at a very low price and at a price that the average American can afford.

Although you might need to pay a little bit higher prices on electric vehicles than gasoline cars, there are lots of incentives and tax reductions that you can achieve indirectly. For example, you can't achieve up to $7500 of federal tax credits for every electric vehicle.

Tax credits on electric vehicles differ significantly depending on the vehicle type, but in the end, you can achieve a lot of benefits when switching to adopting the car. For example, California provides some cash rebates between $2500 and $4500 depending on the income.

Unfortunately, many people think that electric vehicles are not safe. However, when it comes to safety features, I looked at vehicles invented recently, which means manufacturers were able to add the top and highest quality safety features to these vehicles to make you as safe as possible.

5.    Electric vehicles are not better for the environment

The other thing is that many manufacturers rely on renewable energy as the main source for creating these vehicles, which is another layer of Environment Protection for those vehicles.

There is a lot of research out there to show the significant improvement and the automobile impacts on the environment when switching from gasoline cars to electric vehicles.

6.    If gas prices drop, there won't be any money-saving driving an electric vehicle

According to some studies, the Environmental Protection Agency mentioned that owners of Hyundai Ioniq electric vehicles didn't need to pay more than $500 a year to maintain this vehicle which is significantly lower than prices associated with gasoline vehicles. 7.     Electric vehicles are expensive to maintain

Although electric vehicles are modern and there is a lot to go in the way it's fixed and repaired, it is still not as expensive as gasoline-powered vehicles. First, you don't have to worry about regular maintenance like oil changes and other typical means that you'll need to do when driving a gasoline car.

Even the way the electric vehicles are designed doesn't rely on thousands of elements interacting with each other, and it's typically one thing. For example, the electric vehicle relies on the one-speed transmission with simple items. However, gasoline cars require tons of elements like the fuel tank, starter, clutch, drive belt, hoses, catalytic converter, and others.

Considering the number of items involved in a gasoline engine, the expected repair options and repair costs will be more because any of those components can go bad by themselves.

8.    It's impractical to drive an electric vehicle considering the limited public charging stations

However, suppose you still would like to use a public station. In that case, you can achieve the extremely fast charging efficiency that will get your vehicle fully charged within only 30 minutes which is a small amount of time that you will take more than when shopping for anything from stores. In other words, you can simply leave your car charging and go to a mall or any other public area to have a cup of coffee and come back to see your people fully charged. That's also not true. Electric vehicles batteries are now designed to make them less for a very long time. For example, the Nissan leaf models are expected to have their battery last for 100,000 miles. However, some other companies are targeting the 200,000 miles, which is a very long mileage and a very long time in the vehicle’s lifetime for a battery not to go bad.

Suppose you compare this mileage threshold to gasoline vehicles. In that case, most gasoline vehicles are expected to have and deal with major complications related to core components like the engine or the transmission around 200,000 miles. It's not surprising to deal with some major problems in your engine at around even 100,000 miles insert and vehicle types.

Therefore, if you confirmed your relative vehicle's core component, which is the battery, would last up to 100,000 miles, that is great news, and that should be that push for you to switch to a motor car to save on money and protect the environment.

Finally, some people are concerned about the increasing number of people driving electric vehicles. Their biggest concern is about the power system that won't be able to handle all of these vehicles.

According to a recent study and based on the current US research, the power system will be able to handle all these vehicles without any issues, and it's designed to track the peak hours of charging to take care of it without dealing with any complications. Investing in an electric vehicle is a great idea because it doesn't only provide you with money-saving on maintenance and gas, but also it helps the environment.

The idea of electric vehicles is still new, and there are tons of myths outside about electric cars. This article helped clarify ten of the most common electric vehicle myths and provide you with its truth.

PrevPrevious10 Best Car Vacuums In 2022: The Pros and Cons
Next10 Ways to Get a Better Gas Mileage: Improve Your Vehicle’s Fuel Economy!Next