EGR Valve Replacement – What You Need To Know! 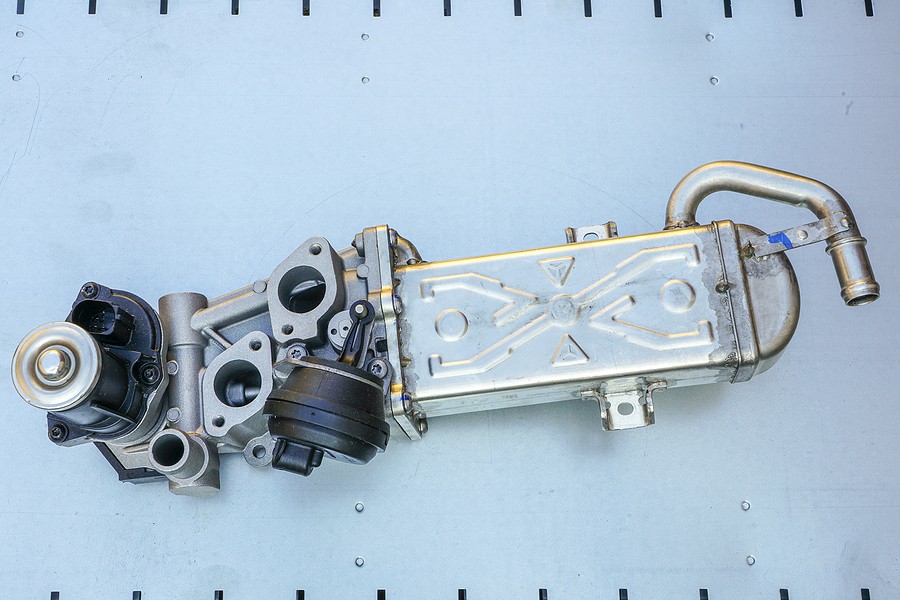 The Function of the EGR Valve

The main function of the EGR valve in your car is to recirculate small amounts of exhaust back into the combustion chamber. This recirculated exhaust travels into your car’s engine to lower the overall combustion temperature and prevent overheating and excessive friction. However, if you notice that your car has a higher than normal temperature, then this can lead to the question of a possible EGR valve replacement.

By having a lower temperature in the chamber and keeping it at a lower level, it can help reduce toxic fumes and harmful gases. The lower temperature level prevents a formation and creation of smog-producing nitrogen oxides that are harmful to your car and the environment.

EGR stands for exhaust gas recirculation. When the engine combustion temperatures get too high and at dangerous operating levels, exceeding around 2500 degrees Fahrenheit, the formation of nitrogen oxides increases. However, the exhaust is mainly composed of carbon dioxide, which does not burn the same way as nitrogen oxides. If your car is not able to burn the carbon and nitrogen, you need to look into an immediate EGR valve replacement.

Oftentimes, EGR valves are replaced unnecessarily due to clogged EGR ports that need to be cleaned fully of debris. Make sure that you are certain of the problems in your vehicle before you look into an EGR valve replacement.

The EGR valve is a key part of the emissions system in your vehicle. The EGR valve takes a lot of the harmful gases that would be otherwise escaping out of the exhaust in your car and recirculates the gas. This recirculation of harmful glasses prevents environmental or toxic fumes from hurting passengers or other people.

The EGR valve pushes this gas right back into the intake manifold in your car so that the engine can burn the gas more and use it correctly. Without the EGR valve, you would be spending a lot more money on gas and refilling your tank much more frequently. If you have a poor fuel economy, you need to look into the cost of an EGR valve replacement.

Symptoms of a Bad EGR Valve

Since all of the car’s exhaust gases are dependent on the EGR valve to manage their input and output, the EGR valve is a key piece of the fuel emissions system. However, even though this is an important piece, you do not want to spend too much money on the EGR valve replacement. The EGR valve works together with the EGR system, allowing emissions to enter the EGR System where the emissions are controlled.

The Check Engine warning light will illuminate for various reasons, and can sometimes be due to either minor causes or for very severe reasons. The check engine warning light can come on for a faulty oxygen sensor, a damaged manifold intake sensor, or a poor EGR valve replacement.

The check engine light illuminated due to the EGR valve will come on almost as soon as the vehicle’s central computer, the electronic control unit, notices that the EGR valve is faulty. However, if the ECU cannot detect the abnormal position, this will increase the EGR valve replacement cost.

A bad EGR valve that will not open or close all the way will lead to problems with the engine and the engine’s performance. You will most likely experience difficulties with acceleration, going uphill, and an overall horsepower reduction when you step on the gas pedal. The reduction in engine performance is a key sign that you need an EGR valve replacement as soon as possible.

Since the engine will be consuming more fuel and require more stress to run at the same performance level, more hydrocarbons will exit the exhaust and the tailpipe. This influx in hydrocarbons causes a noticeable smell to intensify. This will cause the fuel odor to get more noticeable, with the passengers and drivers easily noticing the smell from inside the car. Hopefully, this notice of the smell can lead to an EGR valve replacement.

Rough idling is a clear sign of engine and transmission problems. The engine will experience rough idling when there is a malfunctioning or faulty EGR valve. The damaged EGR valve causes the valve to get stuck in a closed or open position. This stuck position means that not enough exhaust or exhaust will enter the combustion chamber. This exhaust balance causes the engine to jerk while accelerating and not run like it is used to. This can enhance the overall EGR valve replacement cost.

In addition, the spark plugs are crucial in delivering the electrical impulse to ignite the fuel and air mixture in the cylinder. If the spark plugs are left too long without being replaced, the plugs can become corroded with carbon deposits or debris, enhancing the overall EGR valve replacement cost.

In order to keep your EGR valve and emissions system running properly, you need to know the proper steps to replace the EGR valve. By knowing the EGR valve system, you can either bring your vehicle to a mechanic’s shop or do the repair yourself.

First, you need to put your vehicle in park and apply the emergency brake to ensure your car does not move anywhere while you are working on it. Look at your owner’s manual or consult your local mechanic who knows exactly where the EGR valve is located.

Next, bolt-on the new EGR valve and attach the vacuum line or plug in the electrical connector. Then reconnect the battery, start the car, and use the diagnostic tool to check for any trouble codes and then reset the check engine light. By figuring out how you can replace the EGR valve on your own, you can lower the overall cost during the EGR valve replacement.

The total price of the EGR valve replacement cost can range anywhere from around $200 to $480, with the cost of the parts alone ranging in the area between $140 and $360. Furthermore, the labor cost ranges between around $60 and $120. While the EGR valve is not the cheapest part of your car to replace on some vehicles, the good news is that it shouldn’t take very long for this replacement to happen, so the labor costs will be fairly low.

For you to figure out how much you might spend on an EGR valve replacement in your local red and the total EGR valve cost, we have included some sample EGR valve replacement costs for popular car models. This should give you a rough estimate of what you might end up paying, depending on the year, make, and model of your car. Although the prices will vary depending on what location you take your car, these costs should give you an estimate of how much the total EGR valve cost will be for you and your specific car.

The next cheapest options for the EGR valve replacement cost is the Ford Focus, the Ford Fusion, and the Honda CR-V. All of these cars have the actual price of between $161 and $262, with the labor being between $87 and $110, and the parts costing between $74 and $152.

Regarding the net prices for the EGR valve replacement in modern cars, the Nissan Versa and the Toyota Corolla are competitively priced compared to other choices. Both of these car models range between $194 and $549 for the total EGR valve replacement cost. The cost of the parts or the Nissan Versa and Toyota Corolla range between $123 and $483, while the cost of the labor ranges between $24 and $90 for the job.

Getting up to the higher end of the price spectrum, the Cadillac Escalade and the Chevrolet Silverado are more expensive choices when performing an EGR valve replacement. The total cost for the Escalade comes in between $205 and $273, with the cost of the parts ranging between $178 and $238, with the total labor cost ranging between $27 and $35.

The most expensive option for the EGR valve replacement deals with the Nissan Altima, coming in at a whopping $322 to $548 for the total price. The cost of the parts for this car averages between $228 and $427, while the price to pay the mechanic comes in at between $94 and $121.

As you can see, the EGR Valve is a key part of your emissions system, helping to control every function in your vehicle. Without the EGR valve, the car will not be able to run smoothly or efficiently. Looking into the price and location for the EGR valve replacement can keep your car running at a high level for a long period of time.

PrevPreviousRadiator Fan Turns On When The Car Starts – What There Is To Know
NextNissan Frontier Reliability – Is a Used Nissan Frontier The Steal of The Century?Next