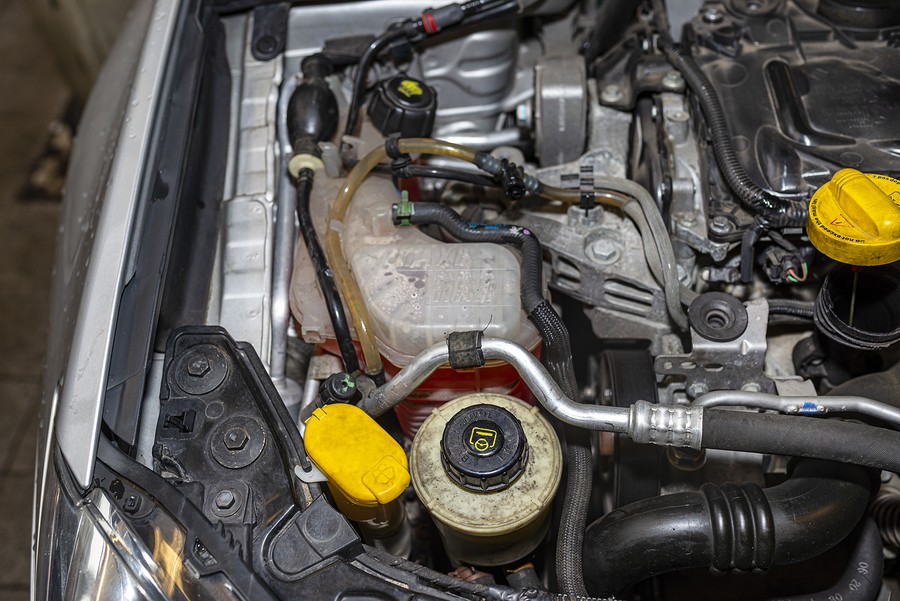 Your ECT sensor is an important part of your vehicle that can help you with the inner workings of your car’s engine. In a car with an internal combustion engine, the cooling system is in charge of maintaining the temperature. This is done in order to prevent the engine from overheating.

What Is The ECT Sensor?

A second coolant temperature sensor is generally installed in another part of the engine or in the radiator. It is important to keep the radiator in working condition, since this is the most common source of antifreeze leaks. This ECT sensor works together with the ECT sensor one.

The ECT sensor is connected to the main computer, also known as the powertrain control module. The PCM provides a reference voltage and monitors the ECT sensor signal. Depending on this signa, the PCM changes the engine performance and radiator fans when the temperature hits a certain level.

If the ECT sensor is missing, or is not in the proper range, the PCM turns on the check engine light and can store the trouble code for later problems.

With any part of the car, the ECT sensor can have problems that need repairing and fixing. Keeping your parts in working order can ensure that you gain top dollar for them if you decide to sell your car later on. First, one of the most common ECT sensor problems is when the sensor contains a poor connection, or has a problem with the wiring harness. A wiring problem can cause the engine to stall. A disruption in the ECT sensor connection can interrupt the signal to the PCM, causing the PCM to set a fault. In some vehicles, the signs of this issue will show themselves as strange and erratic readings in the temperature gauge. This may cause the engine to run in fail-safe mode, causing the fans to run constantly and the air conditioner to shut off.

Ways To Test The ECT Sensor

One way to measure the ECT sensor resistance is to test the sensor at different temperatures and compare the readings to the base-line levels set forth in the service manual. The resistance of the sensor can only be measured when the sensor is properly removed from the circuit. If you measure the resistance of any component still within the electrical circuit, then the measurement won’t be correct.

If you have found that there is an intermittent problem with the ECT sensor, then you will need to use a scanning tool to diagnose the issue. Mechanics usually have this at their shop, and will know how to properly use the tool. With the scan tool connected, a mechanic can monitor the ECT sensor voltage while moving the harness connector. If there is a change in voltage, then this indicates a problem area.

After the ECT sensor is replaced, the cooling system will need to be checked to ensure that there are no air pockets within the system, affecting the coolant inside. When you are replacing the ECT sensor, it is imperative to change the new sensor to the personalized specifications.

How To Avoid Problems With The ECT Sensor

Although this part of the vehicle was designed to last forever, there are many instances when this is not the case. As with all cars, problems can occur if you do not properly maintain the parts. Some owners get lazy, and others don’t want to think about the financial strain that it may cost to pay for some repairs. However, repairing and maintaining the ECT sensors so they work at an optimal level is crucial to the lifespan of your car.

Here we will go over how to avoid some problems with the ECT sensor. By following these steps, you will hopefully avoid running into any issues that spring up from not maintaining the ECT sensor and the coolant system.

First, you should never use tap water to refill the radiator. Also, avoid using tap water to fill the coolant reservoir. Filling the reservoir with tap water can cause a coolant leak. Most tap water contains particles of rust and other detrimental minerals that can be harmful in the long run and the lifespan of your car. This can become especially prevalent if the water boils, since this will cause it to evaporate within the radiator. A leaking radiator is a very common car problem.

If you use proper coolant, this prevents the water from boiling, and does a better job at lubricating. The coolant can lubricate the engine block and the radiator, which doesn’t allow rust to form on the inner parts of the car. Using the correct ratio and mix of water and coolant in your vehicle can prevent rust from forming and increase the longevity of your car.

Second, you should try to fix oil leaks and gasket leaks as soon as they occur. The majority of oil leaks are due to damaged engine gaskets, oil pan leaks, or poor connections. If oil enters the engine block, the coolant will then be contaminated with the oil. If the coolant is damaged, then this will reduce the service life of the temperature sensor. The mixture of coolant and oil will harm the ECT sensor and change the lifespan. In addition to the oil leak, high oil consumption can be a sign of a serious problem and corrosion in your engine.

Third, you need to fix the coolant leaks immediately and quickly. The cooling system in your car is a sealed-type system, which means it is rare that you need to constantly fill the reservoir with water. If antifreeze is leaking, this can occur at your reservoir along with the coolant. If there isn’t enough coolant in the system, the ECT sensor might obtain false readings, which can negatively affect engine performance and the engine lifespan.

Cost Of Fixing The ECT Sensor

If you have found that your ECT sensor is providing bad readings and you care concerned about the lifespan of this mechanism, then you will need to get it fixed. The average cost for an engine coolant temperature sensor replacement generally runs between $203-$255. Labor costs are typically between $146 and $185 on average. The parts themselves are usually only $57-$70.

What If My ECT Sensor Isn’t Working Properly and I Don’t Want To Fix It?

If you found that you need to fix your ECT sensor and you are worried about the funds for paying for hte repair, then you might want to look into other options. It is important to check on the other parts of your vehicle to see if they are in working order. If your car isn’t running well and it is old, you might consider selling your car for junk at a proper location.

Head to CashCarsBuyer for a fair quote, reputable service, and some money towards your new vehicle. By trading in your junk car, you can make some quick cash at a trustworthy spot. Remove all non-metal components from your car and sell them before bringing your car to CashCars. After you are done with the entire process, you will have plenty of money to save for your new, safe, and working vehicle!