Driving Belt Replacement Cost – How Much Will I Pay For A New Belt? 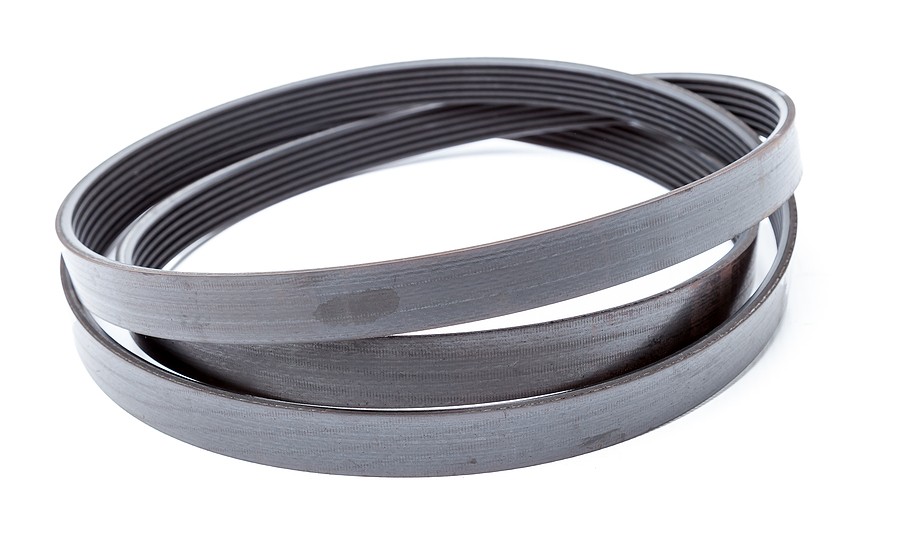 The driving belt, also known as the serpentine belt or drive belt, is the belt in your car engine that works in tandem with the idler, tensioner, and pulleys inside the accessory system. It provides the power necessary for the air conditioning, alternator, power steering, and the cooling system water pump. The average driving belt replacement cost is between $120 and $160 for the placement job, with the parts costing about $60 and the labor costing around $80.

This driving belt, also known as the serpentine belt or drive belt, is the belt in your car engine that works in tandem with the idler, tensioner, and pulleys inside the accessory system. It provides the power necessary for the air conditioning, alternator, power steering, and the cooling system water pump. The average driving belt replacement cost is generally between $120 and $160 for the placement job, with the parts costing about $60 and the labor costing around $80.

Older engines or you have an older car that you can’t seem to get rid of might have something called a v-belt instead of a driving belt or serpentine belt. These are thinner and smaller in size than serpentine or driving belts, and usually connect just one accessory to the crankshaft. You will usually find multiple v-belts in the engine system, but only one driving belt.

When your internal combustion engine runs in your car, your driving belt is also running. This belt provides the much needed mechanical power to the steering pump, the air conditioning compressor, the alternator, and other accessories that power your car and keep it running smoothly. If you hear that there are noises coming from your engine area, then it might be due to the driving belt noise and high driving belt replacement cost.

No matter what issue your driving belt is facing or causing, colder temperatures can make them worse and cause a higher serpentine belt noise. As these problems worsen over time, the serpentine belt noise will get louder and more noticeable to the drivers and passengers. Of course, cold weather can cause squeaks to come from other parts of your car. If the driving belt noise is not directly occurring, then the noises may be caused by other accessories.

First, you might start to find regular issues in your car that can creep up during the vehicle’s standard performance. A failed timing belt will mean that the car will not start correctly and will not come to a full stop. If you are having trouble starting and stopping your vehicle on time and quickly, this can mean that the broken timing belt can destroy your engine.

In addition, another sign that your broken timing belt can destroy your engine is that your engine will all of a sudden start to sound as though it is running at a much faster rate than normal, even when you're moving at slow speeds or when your car is rough idling.

Lastly, suppose your car is fitted with a timing chain instead of a timing belt. In that case, a metal chain is likely to display more noticeable signs of failure than a simple rubber belt and can be easier to indicate that your timing belt will destroy your engine. The metal chain will begin to rattle during use and is a sure sign that it is not properly tensioned and needs an immediate adjustment.

If you turn on the AC system in your vehicle and notice that it cannot blow out cool air from the air vents, this could be due to a bad timing belt and cause a higher driving belt replacement cost.

Another common sign of a bad timing belt in your car is that you hear squealing noises coming from under the hood. If the front of your car is making a high pitched noise when you are driving, then the driving belt might be misaligned or slipping.

Sometimes, it could be fixed by a realignment or proper tensioning of your serpentine belt to fix this problem and have a lower driving belt replacement cost. In some other and more severe cases, the belt might be damaged and need replacing.

The driving belt is what is in charge of turning on and activating the water pump, which is functioning to cool the engine and prevent overheating. If you have a damaged driving belt and realize that you need to determine the overall driving belt replacement cost, then the driving belt will not activate and turn on the water pump. The lack of a water pump means that your engine will have more friction and overheat since it cannot be cooled down anymore.

Overheating will happen even more when the temperature gauge on the dash shows the needle going too high and towards the red zone, meaning the engine temperature is getting too high to function correctly. If you let this go for too long, the entire engine could be damaged, and you could need a complete engine replacement.

The serpentine belt or the driving belt is usually pretty easy to access and find in most modern cars. If you want to know if your timing belt is bad and need to determine the overall driving belt replacement cost, then simply open the front hood and look at her belt near the engine on your own.

If you notice any visible damage, like cracks or holes in the tubes, to anywhere in the belt, then this means the driving belt is bad and needs to be replaced as soon as possible.

If you are driving along and suddenly lose power in your engine and can’t drive our car, this is another sign when you need to determine if your battery is dead and your timing belt needs replacing. Check under the hood to see if your driving belt is still attached. If you are able to turn on the car and rev the key in the ignition, then a snapped serpentine belt or driving belt won't allow the alternator to provide enough charge to the battery to power the vehicle.

The final symptom of a bad driving belt in your car is the pulley whine. If you start to notice a whine from the engine that changes with the speed of the engine, you might want to have the tension of the serpentine belt or driving belt checked by a mechanic.

A belt that is too tight and has too much tension will put too much stress and load on the bearings in each of the accessory pulleys, causing premature failure of the components and causing an enhanced driving belt replacement cost.

Luckily for car owners, unlike other engine problems, it is very inexpensive in the grand scheme of car repairs to replace a driving belt, whether it is completely broken or just loose. The driving belt replacement cost is usually between $100 and $200 in most cases, with the belt and part itself costing between $28 and $80, while the labor costs will be between $75 and $120 total.

Easy to reach driving belts can be changed by yourself at home with minimal knowledge and tools of cars and their parts. Some belts can be removed by just loosening one bolt, while others might require that you use a belt tensioner to give the belt extra slack. If you are not sure what you need to do in your specific make and mode, check your repair manual for your specific vehicle to see if you can do this on your own.

In order to give you an idea of how much you might spend on your specific car for a driving belt replacement cost, we have some sample costs for popular cars on the market today. The least expensive choices for a complete driving belt replacement cost deal with the Ford Focus and the Ford Fusion, with the total cost coming out of between $75 and $!45, with the labor being between $44 and $56, and the parts were costing just $85 and $125.

The middle of the road options involves the Honda cars – the Honda CR-V, the Honda Accord, and the Honda Civic, with all three of these car models coming out to between $101 and $126 for the driving belt replacement cost. The parts cost is minimal, between $31 and $37, while the labor ranges from $70 to $89.

The more expensive choices for the driving belt replacement cost deal with the Ford F-Series and the Toyota cars – the Camry and the Toyota Corolla. These three models have a total driving belt replacement cost of between $122 and $!56, with the cost of the parts is between $70 and $89, and the labor cost being between $52 and $67 for all three of these cars.

Figuring out the average driving belt replacement cost can help you make a smart decision when purchasing a new product for your vehicle!

PrevPreviousHow Much Is A Thermostat For A Car?
NextWhat You Should Know About Reefer TrucksNext