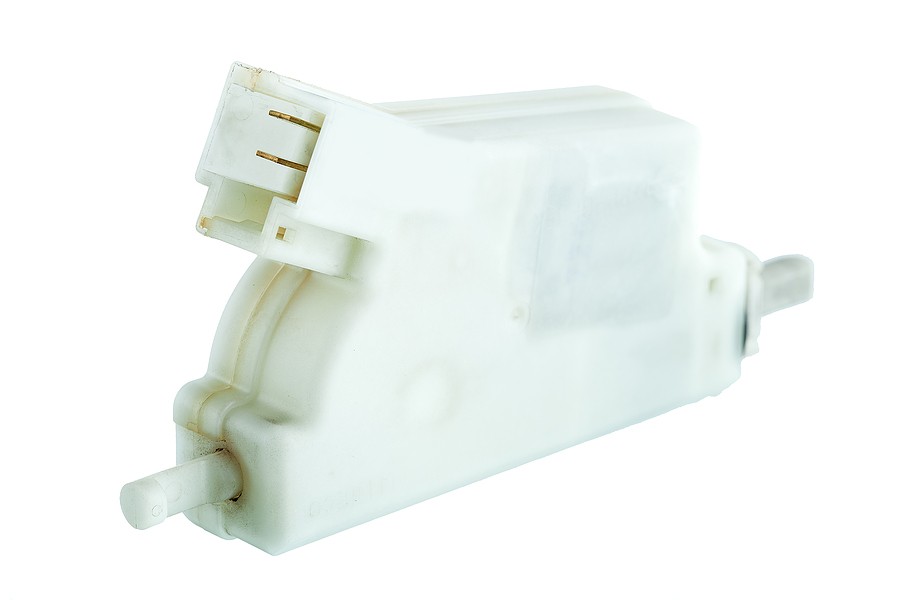 Door lock actuators are electronically controlled actuators found in every single door that are responsible for locking and unlocking the power door locks each time the switches are pressed. It works by being a reversible motor or a solenoid for some vehicles.

When you press the switch on the keypad or remote device to lock the doors, the lock moves in one direction and goes in the opposite direction when you switch to unlock the doors. The door lock actuator is built with the latch mechanism into a single assembly for many cars and for this, the whole door lock assembly is often called a door lock actuator. Carmakers in their efforts to make cars more secure and more convenient made this advancement in door locks.

So how will you know if your door lock actuator is bad? To check if the car door’s actuator is failing, try to use the keypad or remote device to unlock the car door. Another option is to try pressing the unlock button found in the door panel cluster. Check the car door if it will remain locked, and if it is then there’s an issue with the actuator.

Other obvious symptoms of a failing door actuator are as follows:

A failing door lock actuator may make a squeaking, grinding, clunking, clicking, or other strange noise from your car when you lock or unlock the door.

A weak or failing door lock actuator may still be operating the door lock, but you may experience sluggish and/or intermittent operation from the door lock. It works at times and sometimes it will not.

Even a single failing door lock actuator can stop one of your car’s power door locks from operating. You’ll still be able to get the lock to work manually, but the power function will no longer work.

It's not unusual to have a faulty door lock actuator trigger an anti-theft alarm to go off randomly. Often it can happen during rainy weather as soon as water penetrates inside the door lock actuator connector. Fortunately, fixing the source of the water leaks and sealing the connector with protective grease can fix the problem.

A scan tool can diagnose the problem for some cars. The scan tool will be able to determine which door (if not the trunk or the hood) has triggered the alarm for the last number of times. If the same door has managed to trigger multiple alarms then the door lock connector and the actuator must be inspected. More often simply replacing a door lock actuator in the door where the alarm is most often triggered will solve the issue.

Like any wirings and parts of any parts of the vehicle, the internal wirings of the actuators may also wear out causing the door actuator to eventually fail. There are also times, like mentioned above when a water leak penetrates inside the door lock actuator connector causing the anti-theft alarm to go off randomly.

In some cases, a physical failure of the actuator makes it impossible for the door to be opened from the inside of the car. The driver’s door is commonly affected by this issue. When the lock actuator gets broken where the release cable connects to its replacement of the actuator will be required due to the physical damage of the actuator housing.

To know whether the cause of the failure is electrical or mechanical, a visual inspection of the lock actuator can be done.

You will have a good run in your diagnosing efforts by trying to operate the power door lock switch in a number of ways and noting the results of your observation. Like for instance seeing a slight movement in the manual door lock knob and hearing a buzzing or humming when you hit the switch, means there are power and ground at the actuator.

Digging further you may take a look inside by removing the door panel and seeing different implementations of the motorized door lock actuator.

So where is the door lock actuator? Some actuators are mounted on the side of the door latches, while other door lock actuators are completely integrated into the door latch assembly. Looking at the electrical side of the equation, most vehicles use a two-wire electrical connection. The actuator assembly being nothing more than a solenoid is a mechanical part that operates with electricity.

To probe the connector side with a test light or an automotive meter you can unplug the door lock actuator. You can use an automotive meter in this case. Each time you operate the lock in different directions you must see 12 V across the electrical connector and in one direction you will have to see a positive and in the other direction you will see a negative. If this simple test yields these results then you can confirm a defective actuator motor or solenoid. But if you have no power it could be a power switch issue.

Diagnosing a Software Glitch Problem in your Door Lock Actuator

If you’re having problems with erratic door lock operation and your door lock actuators are controlled by a module, then begin troubleshooting by pulling the fuse for that module and then reinstalling a few minutes later. This method can correct a software glitch that is common in late 1990s to mid-2000 vehicles, specifically Chrysler products.

If your power door locks finally starts to work as it should after a fuse reset, then you can either yank the fuse and choose to do a reset when the door lock misbehaves again or choose to correct the problem once and for all by taking it to a shop and having the door lock software updated.

How much does it cost to replace the door lock actuator?

Replacement of a door lock actuator with the help of a dealership may cost $80-$180 only for labor. Then add between $120 – $270 for some OEM parts. Aftermarket parts are cheaper at $50-$120) but unfortunately, they are not available for all vehicles.

Door lock actuators are unfortunately failing more often, making it a contender on the list of other common car problems, and that failure rate has been taken advantage of by aftermarket suppliers as a business opportunity to sell replacements at a cheap fraction of the price dealers offer.

Be warned however that despite the fact that these units come with a lifetime warranty they’re often poor in quality. So before buying an aftermarket door lock actuator, check the reviews first. Also check OEM prices — units that may be more good for you.

How easy is it to replace a door lock actuator as a DIY project?

Anybody who may want to save might want to do a DIY project in replacing a door lock actuator. But first, you might want to know how difficult the job can be. On average the difficulty can be from 6 to 8 on a scale of 1 to 10, with 10 being most difficult.

The door cover will need to be removed and you have to be extra careful while doing this not to break anything or lose any screws. The access inside the door can be limited and you will need a small flashlight to clearly see inside the door.

The window regulator or the outer door handle may also need to be removed in some cars, and this process can be often tricky. Then finally the most difficult part will have to be connecting all the cables and levers properly after the new door lock actuator is finally installed.

How long does it take to replace a door lock actuator?

You can expect the replacement work of your door lock actuator to take one to two hours, and that includes testing just to make sure everything is working as it should.

How long do door actuators last?

It can be difficult to predict exactly how long a door lock actuator is going to last. It could last for a good many years, well beyond the 100,000-mile mark. But in certain cases, you might find your car still under warranty when you already have to take it in for a replacement.

What can help you estimate how long your actuators will last is really how often you use your door lock actuators, even the type of car you have, and how well you maintain it as a whole. It is however recommended to replace that actuator once or twice throughout the life of your car, provided it isn’t affected by unnecessary wear and tear.

A few things may cause a door lock actuator to fail and there are symptoms to look out for when this happens. You will undoubtedly want to replace the bad door lock actuator but then again the price for doing this might deter you from doing so.

The good news is that a bad door lock actuator is not going to put you or your fellow passengers in any danger when you still choose to drive. You can always manually lock and unlock the car door with the bad door lock actuator in it. But then again, when the part fails or if it has issues, you will lose the power door lock feature of your car which can be a major inconvenience in the long run.