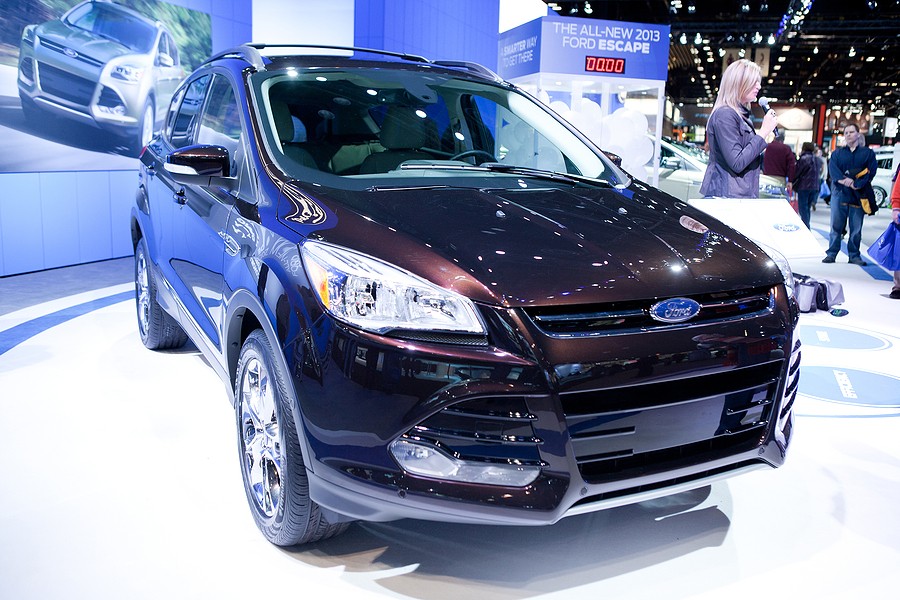 The Ford Escape was introduced in its original model in 2000, for the 2001 model year. The vehicle was a joint venture with Mazda of Japan, who spearheaded the engineering.  After the first Escape arrived on the scene for 2001, Ford continued working with Mazda to develop the compact SUV. Fast-forward to 2020, the Ford Escape offers a compact SUV with a fresh and modern design. But the transmission of this vehicle has caused problems for drivers all over the country. We will examine them, gather details and offer some practical solutions.

Possible solutions to the problem include:

According to CarComplaints.com listed the approximate fix for transmission failure on the 2002 Ford Escape to be just under $3,000.

Possible solutions to the problem include:

What Ford Escape Owners Are Saying About the Transmission Problems?

We found some very vocal Ford Escape owners who bought Escape vehicles with faulty transmissions! Check out what they had to say!

“So, we head out on our trip and the transmission acts a little funny (jerky) but nothing real major. Had a great weekend with no further issues. We start driving home and the car begins to shake a little here and there and is getting lazier and lazier with each stop. (rest areas, tolls) We are about 3 hours from home when the OD light begins to flash and the car seems to be getting worse. Oh God! All we could do was pray that we made it home safely. There were a few close calls because we couldn't get out of our own way and was almost hit but we did make it home safely.” The owner had the car checked by a transmission specialist and the auto specialist told the owner that the transmission was gone. The owner adds that the Escape was “…[no]longer safe to drive, and $2,000 to rebuild. With an added note of by the way, we rebuild an average of 3 a week of this exact transmissions. Ford seemed to rush production and these are known to fail.”

“Randomly from a warm start, as I was accelerating, the transmission would not shift past second gear and would rev up RPMs if I tried to go faster than 40 mph. It was technically drivable staying in the first two gears, but I wouldn't recommend it. The transmission had failed so the cheapest option was to rip one out of another Escape for $500 and have it put in.”

“My car's transmission failed just as I was heading home from a night-time music gig, so I had equipment in the vehicle, and I barely made it home, as it constantly petered out, then sputtered and sort of lunged forward, etc. I bought the car just 2 years ago, and it has performed very well until now, when the tranny suddenly crapped out. Unbelievable at this mileage. And knowing now that it is a common problem with these CVTs, I am outraged. I bought a re-manufactured CVT, which comes with a 3yr/100k mileage warranty. But the cost was ridiculous. Intend to drive it a couple of more years, then sell it. This is utterly ridiculous, and speaks very poorly of Ford.”

There are reports that a Ford Escape transmission can last between 80,000-180,000 miles. But a high-quality transmission replacement can last a bit longer- as long as all of factory design flaws have been monitored as well as addressed. The Escape has to also be well-maintained.

The Ford Motor Company issued a recall for Ford Escape vehicles manufactured between 2001 – 2008 Ford Escape, as well as 2001 – 2008 Mercury Mariner models that were equipped with a remanufactured CD4E transmission, created between June 11, 2015 and July 15, 2015. The recall states that the replacement transmissions may have a shift lever bolt that has not been completely tightened.

What Happens with the Problem?

Should the If the shift lever become disengaged from the transmission, the driver of the Escape may lose control of the gear that the transmission is in.  As a result, the driver may think that he or she is placing the vehicle in “park”, when it is really not. If this happens, the Escape vehicle could unexpectedly roll away- leading to personal injury as well as property damage.

What was the solution Ford provided?

Some 2009-2014 Escapes manufactured and are fitted with the 6F35 transmission could potentially leak transmission fluid from the left side axle seal. This is due to excessive wear on the axle seal and case bushing.

For the 2013 Ford Escape, drivers/owners may find fluid at the bottom of the transmission housing that is not only honey-colored, but very sticky. This may have been seen during assembly process.

From 2013-2016 Escape models, the Escape vehicles reportedly experienced a loss of proper hydraulic pressure in the transmission should the vehicle go long periods of time without being driven or started. Additionally, the bulletin pointed out that the 2016 Escape may experience hesitation when it comes time to shift from second to third gear, because of hydraulic circuit drain.

Is it OK to Drive a Ford Escape with Transmission Problems?

The short answer to this is question is no. You may think it is OK to drive your Escape if you can still make it down a small road. But this is not a good idea. You could be further damaging components, as you create more problems. Your Escape has various moving parts inside of its transmission- and continue to drive it, would be hazardous to you as well as the vehicle.

How Often Should I Replace My Escape’s Transmission?

The lifespan of a Ford Escape transmission will depend on how well that transmission was maintained. Factory design flaws are also a factor in addition to your personal driving habits.  Generally, speaking, a Ford Escape’s transmission can last between 80,000-180,000 miles. If you receive a high-quality replacement transmission then you may get more life out of your Escape.

How Do Mechanics Diagnose an Escape with Transmission Problems?

It’s not really “rocket science” for an experienced auto mechanic to diagnose a transmission problem with a Ford Escape. Your experienced auto tech will be able to connect your Escape to a computer system and find out what codes come up. Once he or she knows what to look for, your auto tech will perform a visual inspection and verify the problem to you.

How Do Mechanics Replace an Escape’s Transmission?

Ready to Sell That Escape?

Are you sick and tired of dealing with that Escape with the terrible transmission? It’s time to sell that Escape to Cash Cars Buyer! “Escape” the binding repairs and frustration and get a FREE online offer on that car in a matter of minutes! Once you do, you can call us so that one of our friendly agents can ask you a few questions about your Escape. Then, you will receive a guaranteed offer! When you accept it, we will make plans to come appraise your car and offer you cash on the spot!

You don’t have to deal with a tumultuous transmission anymore. Sell your car to Cash Cars Buyer and “escape” to a better hassle-free and drama-free life, without fixing your vehicle!