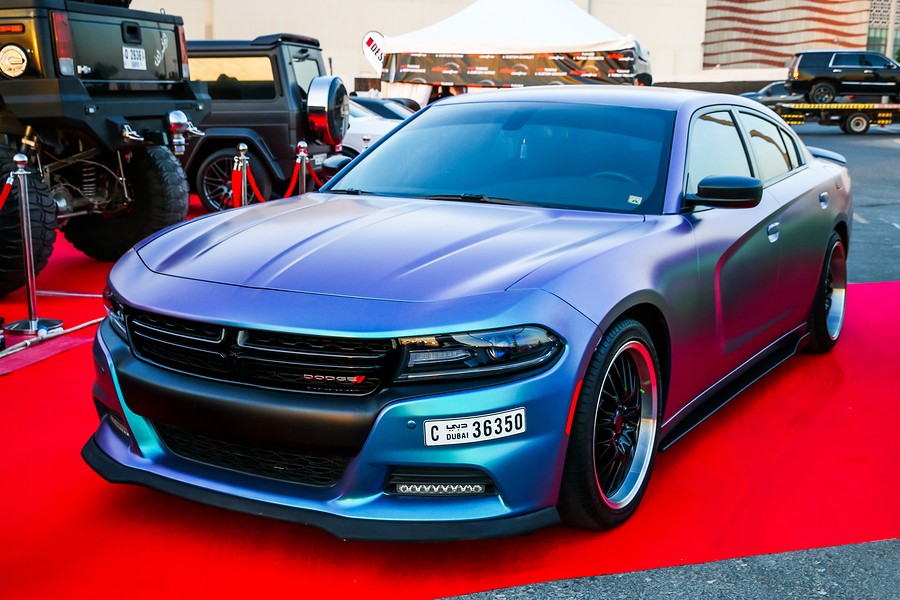 A Dodge Charger sounds like a good choice for a car purchase. Dodge is a reputable company that has been in the automotive industry since 1900, with over 120 years of experience. This American brand is manufactured by FCA US in Michigan, and contains a wide range of cars, including performance cars, vans, and SUVs.

Despite being a well-known company in the industry, one of their popular models, the Dodge Charger, has numerous reviews that contradict one another. There are various issues with users needing to repair their Dodge Charger over the years, with continuous problems from model to model, and with new issues arising in recent years. 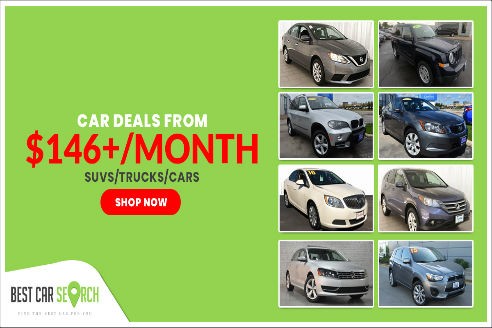 We will go in depth about the reasons to buy, and reasons not to buy, the Dodge Charger. We will also discuss some of the issues with the more recent models of the Charger, specifically ranging from 2006-2015 versions.

Positives to Buying a Dodge Charger

When considering your next car purchase, there are various factors which come into play. If you’re in the market for a Dodge Charger, you will notice the detailed styling. The Charger prides itself on a slightly-aggressive look and sports style that is provided. The front-end treatment gives off a high-performance look, and is reminiscent of a top-of-the-line sports car.

In addition, the Charger uses a V8 engine. The first V8 engines for Dodge cars started being used back in 1952, and have been utilized in Chargers ever since. The louder noise, the rumble of the engine, and the shudder that comes with revving your engine is a popular trend among car buyers for why they want to purchase a Charger.

A third positive to buying this high-end car is the information and sound system that is already installed within the car. The info-system provides a large and clear touch screen, making user interaction easy and efficient. The entertainment system is highly compatible with various devices and provides crisp, clean, and clear sound coming through the numerous speakers.

Dodge Charger Through the Years

Here we will do a quick run-down of the models from the years of 2006-2014, showing the main problems within the model for each year. This will give you a good idea of the types of repairs that will need to be done if you purchase a Dodge Charger, the likelihood of a repair, and the necessary tools and warning signs to look out for.

Beginning with the 2006 Dodge Charger, this is the model that is regarded as having the most problems and causing the most issues with Charger owners. This could be in part due to the fact that it is one of the older models and is nearing 15+ years running. Nonetheless, having a Dodge Charger that you almost know will inevitably need a repair is an unsettling feeling.

The 2006 Dodge Charger contains three main problems. The number one issue is the multiple reports of premature engine failure at around 94,000 miles. This problem costs an average of $5,500 to fix – no easy feat.

The second issue is the car can stall, and then run not as smoothly after filling up. This typically happens at an average of about $85,000 miles on the odometer. Not only will the car not run as smooth, but there are reports of the Dodge Charger dying in the middle of driving. There are numerous reports of the car stalling, needing to be restarted, and then continuously ‘dying’ while driving. Some users have reported an oil pressure light coming on, and then the steering wheel locking up mid-drive. The 2006 Dodge Charger transmission problems make this a tough car to sell.

The third issue is somewhat a combination of the previous two – the engine dies while driving, and typically occurs at a much lower gas reading on the odometer than it should happen, coming in at an average of just 100,000 miles. This 2006 Dodge Charger repair costs an average of $3,500, and is required for the car to continue to be usable. We really recommend not buying this model – it could even be considered the worst Dodge Charger model.

The next version on our list is the 2007 Dodge Charger. This year’s model is tied for second-highest in terms of customer issues with the model needing repairs. The first issue with this model is the reports of the gear shift getting stuck in park. In order to fix this issue, you have to take the covering off, stick a pen or other similarly-shaped item down the hole next to the park gear, and then move the metal cord over yourself. You then need to leave the car in Neutral and put on the parking brake when you’re parking somewhere, or will have to continuously repeat the aforementioned process every time you try to put your car in or out of park. This is only a short-term fix, and not a repair for this issue, which has frustrated many 2007 Dodge Charger owners.

The second issue is the engine stalls or shuts down at approximately 100,000 miles. This is a highly-dangerous issue that needs immediate repair, since the car can just shut down during high speeds. This repair costs approximately $8,000. Even when the engine is working ‘properly’, there are reports of a loud whistle coming from the engine when accelerating. The 2007 Dodge Charger transmission problems has made this an unpopular choice among Dodge fans.

The third main problem with the 2007 Dodge is there have been reports of the engine being blown out at around 90,000 miles. This repair will cost around $5,000. You will need to get the engine fixed on your 2007 Dodge Charger so you can safely drive without the engine breaking or giving out mid-drive.

The 2008 Dodge Charger continues with the trend of engine issues. The main problem with this year’s model is the reports of engine failure typically occurring at around 83,000 miles. This is similar to the previous two years, and will require an immediate repair in order to be drive able.

The second issue is the engine won't turn over and the car won’t start. The only saving grace to this problem is the fix is relatively inexpensive, coming in at around $530. This is an electrical problem that generally springs up when the Charger is close to 100,000 miles. Typically, the ignition will need to be replaced for the repair to be completed and the 2008 Dodge Charger to start up again.

The 2009 Dodge Charger has relatively little problems compared to the previous years. First, there are reports of the engine not being able to turn over when it reaches almost 100,000 miles. This fix is moderately-priced at under $1,000, and is necessary to repair the car.

The second issue is engine failure. This is a serious issue that usually results in the owner getting a new car. The last issue is the coolant liquid leaking. This is an inexpensive repair at a little over $500, and is pretty minor compared to the other engine issues that the 2009 Dodge Charger needs repaired.

The 2010 Dodge Charger is similar to the 2009 version in that it had relatively low reports of user dissatisfaction and model issues compared to the previous years. There are still some issues that need to be addressed, however. First, this model has reports of premature engine failure occurring at under 80,000 miles, and will usually run about $4,000 to be repaired.

The second issue is there are numerous reports of the car shutting off while driving. This is a highly-dangerous problem that needs to be immediately repaired. It costs almost $3,000, and typically happens at under 80,000 miles.

The last problem is issues with the timing chain tension. This is another pricey fix at around $3,000, and occurs at approximately the same time as the car shutting off. These two issues combined make this a pretty costly series of repairs needed for the 2010 Dodge Charger.

Compared to the previous two years, the 2011 Dodge Charger has more issues than the 2009 and 2010. In comparison to previous models, this year’s main issue has to do with the electrical system instead of the engine. The first problem is the alternator failing at around 50,000 miles. Fortunately, this repair isn’t too expensive, coming in at around $650, and all you need to do is replace the alternator to repair the issue.

The second issue is the prevalence of the gas tank leaking while driving. This is obviously a safety issue to have gas leaking over the car and the road. The fix for this is under $1,000, and the repair will have to happen immediately for safety reasons.

The last issue is the bain of all Charger models – the engine can shut off while driving. This repair will cost around $1,000 and will happen prematurely, at around 50,000 miles or less.

The 2013 Dodge Charger was one of the best Chargers up until this point in time, due to the very low rating of repairs needed and engine issues. The main problem with this year’s model is the reports of a faulty alternator, which requires an electrical repair instead of an engine repair. The second is a defective steering column, which will run about $2,000 to be fixed. The last issue is the feeling of a vibration while driving, which costs only about $500 to be repaired.

The 2014 Dodge Charger has issues in recent years which have led to the car being recalled in today’s market. First, there have been reported issues with the airbags releasing metal fragments which could be fatal. Second, there have been reports of being unable to take the car off of cruise control, resulting in high-speed crashes. Third, the vehicle could stall without warning if the alternator fails. The 2014 Dodge Charger will need to be repaired in various facets of the car in order for a safe drive.

This is the last model we will be discussing in this review, and contains different problems than the early models. The 2015 Dodge Charger has a relatively low unsatisfactory rate compared to the 2006-2008 models, and the 2010-2012 versions. The main issue with the 2015 Dodge is the sunroof exploding. This is a highly-dangerous occurrence that will send glass into the car, potentially injuring the passengers and driver. You would need to replace the sunroof, which would cost about $2,600 for the repair.

The second issue are problems with the interior of the car, such as the door panels warping, the dash gauges stopping working, a popping noise coming from the dash, and the radio not being able to stay muted.

The last issue contains problems with the electrical system. There were issues with shifting, and reportedly going to the wrong gear when trying to shift up. There are also reports of the alternator dying, the battery dying, the speed sense showing errors, and the car not being able to start.