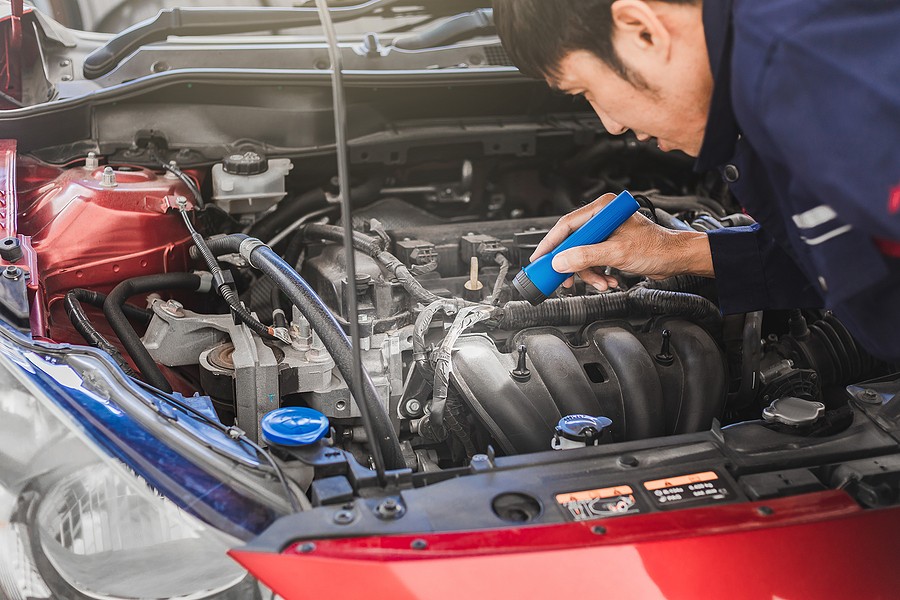 As you might imagine, the engine under the hood of your car is very heavy. In fact, the average car engine comes in at right around 350 pounds, with some car engines weighing even more than that. As a result, there are parts in your car that are dedicated to doing little more than keeping your engine steady. They’re called engine mounts, and if you ever need to have an engine mount replaced, you’ll have no choice but to do it right away. You should take some time to learn more about engine mounts and their importance before finding out more about how to go about replacing them. Here is everything you should know about engine mounts.

How Many Engine Mounts Are in Your Vehicle?

The average car has more than just a single engine mount in it. Most vehicles have at least two engine mounts, if not more, holding up their engines. These engine mounts are usually either bolted to the frame of a car so that an engine can be suspended from them or bolted to the subframe of a car so that an engine can rest on top of them. But regardless of where they’re situated, they have one big responsibility: To hold an engine in place so that it’s not able to move around or create too many vibrations.

Most of the engine mounts found in cars today are made out of a special composite rubber and contain a liquid filled core on the inside of them. These materials give engine mounts a chance to be as flexible as an engine needs them to be while also allowing them to muffle any unnecessary vibrations and noises produced by an engine. In theory, engine mounts might not seem like they would be all that important in the grand scheme of things, but they play a very important role in the overall well-being of your engine and, to a larger degree, your entire car.

How Long Do Engine Mounts Last?

Because of the materials that are used to make them, engine mounts are typically very sturdy and durable. You won’t have to worry about having an engine mount replaced all that often. But since engine mounts are asked to take on a tall task in your car, it’s not uncommon for them to wear down over time and eventually break down on you completely. It might take a while for them to get to this point, but it is going to happen if you own a car for a long enough time.

Generally speaking, you’re going to find that engine mounts will last you for somewhere between 60,000 and 100,000 miles. You might also be able to get even more life out of them if you’re careful about how and where you drive your car. But you will need to have engine mounts replaced sometime down the line, especially if you're an aggressive driver or if you live in a place that is very dry. You should be mindful of this and plan accordingly.

Whatever you do, you shouldn’t take your engine mounts for granted and assume that you won’t ever need to have an engine mount replaced. You should keep your eyes peeled for any signs that might show that you need to remove old engine mounts from your car and put new ones into their place. It’ll help you avoid driving around in a car with bad engine mounts in it and protect your engine in the process.

How Can You Tell If You Need to Have an Engine Mount Replaced?

Here are several signs that will indicate that you’re currently having issues with your car’s engine mounts:

The last thing you want to do is let all the engine mounts in your car go bad on you. It could give your engine the space it needs to rattle around way more than it should. This could cause damage to your engine, which is why you want to have an engine mount replaced at the first sign of trouble. It could prevent you from having to deal with a much bigger headache down the line.

Is It Safe to Drive With a Bad Engine Mount?

It’s pretty rare for an engine mount to break down on you completely right away. Most of the time, an engine mount will slowly go bad over time until giving out on you altogether. With this in mind, you might not have to worry too much about an engine mount issue when you first suspect it. You should be able to get away with continuing to drive your car around, bad engine mount and all.

But you shouldn’t do this for too long if you know what’s good for you. Driving with a bad engine mount or, worse, multiple bad engine mounts in your car is going to prove to be problematic for you. You should be especially careful about driving around in a car when the sounds that you hear coming from the engine seem to be getting worse by the minute. This is a surefire sign that you need to have an engine mount replaced ASAP.

You should be able to drive a car that needs an engine mount replaced safely for a few miles. This will allow you to take it down to your local mechanic so that they can take a closer look at it. But if you push it much further than that, you shouldn’t be surprised if you start to experience more problems with it. Your car isn’t meant to be driven long distances with bad engine mounts in it.

Who Should You Hire to Replace Engine Mounts?

The good news is that, while you probably don’t want to trust an oil change place to handle engine mount replacement, you also don’t need an engine expert to get the job done. All you’ll need to do is find an ASE-certified mechanic who is highly skilled when it comes to working on the engines in cars. They should have all the necessary tools and equipment to make sure that they’re able to get your engine mount replaced in a timely fashion.

Is Replacing an Engine Mount on Your Own an Option?

In an effort to save themselves some money, car owners will sometimes try to take on auto repair jobs themselves. If you ever suspect that you need to have an engine mount replaced, you might find yourself thinking about possibly trying to replace it on your own. But we’re here to tell you that this is not going to be a good idea. Even if you have some experience working on cars, replacing an engine mount is not a job for amateurs.

As we discussed earlier, the average car engine weighs about 350 pounds. And there is a chance that you could do some serious damage to yourself or to your car if you make a mistake while trying to get an engine mount replaced on your own. You don’t want to be messing around with something that weighs that much money unless you know exactly what you’re doing.

You should always leave engine mount replacement to the professionals. It’s going to require a little bit of an investment on your part, but it’ll guarantee that your new engine mounts get put into place properly. You won’t have to worry about your engine slipping and sliding all over the place anymore when you have an engine mount replaced by a person who knows what they’re doing from start to finish.

What Will the Engine Mount Replacement Cost?

You might be able to scale your engine mount replacement costs back just a bit by doing your homework before hiring a mechanic to help you. It never hurts to call around to a few different auto repair shops to see which one can extend the best prices to you. You might be surprised to see the difference in price from one shop to the next.

Is the Cost Associated With Having an Engine Mount Replaced Worth It?

There are some auto repair jobs that car owners can put off until they’re able to afford them. But having an engine mount replaced is not going to be one of them. If you’re going to be driving your current car around a lot in the years to come and don’t want to have to worry about its engine, then the engine mount replacement cost is going to be well worth it to you. You really won’t have a choice when it comes to replacing engine mounts.

Is It Possible to Sell a Car With a Bad Engine Mount?

We just touched on the idea of selling a car with a bad engine mount. You might not think that it would be possible to do this, but in reality, there are plenty of people out there who will purchase your old car from you in spite of the bad engine mount in it. Junk car buyers would love to get their hands on your car and will pay you cash to do it.