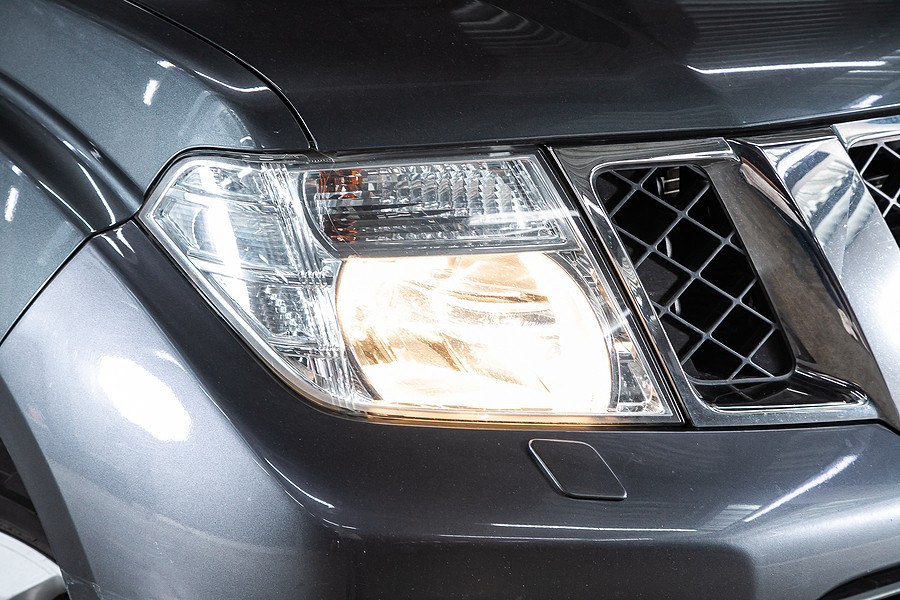 The Nissan Pathfinder arrived on the scene from Nissan back in the early 80s. When it first came out, it was a two-door SUV that had a Hardbody base as well as a compact pickup platform. The Pathfinder was also a body-on-frame model and received two more doors in 1990. Since then, it’s been a four-door SUV ever since.

Today, the 2020 Nissan is “packed with power”, according to Nissan. “Pathfinder's V6 engine gives an impressive 259 lb.-ft of torque and 284 horsepower to back up to 6,000 lbs. of maximum towing capacity,” adds Nissan. The Pathfinder also features three rows of seating that can seat up to seven passengers in comfort and style. “Intelligent Cruise Control, the available Nissan Navigation System, Bose Premium Audio and the available Tri-Zone Entertainment System make Pathfinder road-trip ready right of the lot,” adds Nissan.

But the Pathfinder has seen its share of issues, including problems with its transmission. Here’s what you should know about Nissan Pathfinders and the model’s transmission problems.

What Are the Most Common Nissan Pathfinder Problems?

The Pathfinder offers luxury as well as durability. But it comes with its share of issues. Some of the most common Nissan Pathfinder problems include:

Does Nissan Pathfinder Have Transmission Problems?

“The 2005-2007 Pathfinder appears to have a widespread defect where coolant leaks into the transmission, causing transmission failure around 90,000 miles. Repair costs are typically upwards of $3,500.  According to the New York Times & a class action lawsuit, the defect actually extends through 2010 model year,” according to CarComplaints.com.

Possible remedies for this issue include:

Which Nissan Has Transmission Problems?

Like lots of other Nissan products, the 4th-generation Pathfinder offers driers a variable transmission. This type of gearbox doesn’t actually have any gears, but instead utilizes a robust belt as well as some pulleys. Several reports indicate that lots of Pathfinders had issues with the SUV’s transmission. Most of the complaints were cited to be with a “stuttering” or “shuddering” effect felt. This reportedly happened from gearbox during acceleration. While the stuttering and shuddering could be caused by a number of variables, it may have been due to inaccurate and sketchy computer programming.

The first- and second-Generation Nissan Rogue Transmission Problems have been sited.

Does 2015 Pathfinder Have Transmission Problems?

The 2013-2014 Nissan Pathfinders that have a CVT transmission have been problematic cars for many drivers. Complains about the popular vehicle include “whining” noises emanating from the car’s transmission. Drivers also reported a loss of power during shifting- which was accompanied by juddering, jolting and shuddering.  While these issues are widely typical of the CVT transmissions, they have been a problem ever since they were introduced.  However, many consumers have begun to make complaints regarding the 2015 Nissan Pathfinder as well.

What has Nissan done to correct these transmission problems with certain Pathfinder models?

In a service bulletin dated back in 2016, Nissan address these issues. Nissan Titled “ENHANCED DIAGNOSTIC LOGIC FOR CVT”, the “2015-2016 Pathfinder (R52) with V6 engine only” was mentioned in the bulletin. The bulletin also adds: “The customer reports a transmission judder (shake, shudder, single or multiple bumps or vibration).” Nissan offers solutions and acknowledges the issue. Click here to read the entire bulletin!

Unfortunately, the later model Pathfinders have seen their share of issues. According to the nissanproblems.com website, owners logged lots of complaints bout the transmission of these fourth-generation models.  From shuddering, to jerking, the Nissan Pathfinder, fourth generation was not a god vehicle to drive for many.

Stuttering was a huge issue for this model of Pathfinder as detailed on the CarComplaints.com website: “The 2014 has a small, but significant number of transmission complaints at low mileage. The issue is part of a class-action lawsuit that says the Pathfinder's transmission shakes violently during acceleration between 15mph and 30mph.

What Class Action Lawsuits were filed due to transmission problems?

Nissan seemed to have to answer for their faulty Pathfinders with the bad transmissions. According to the ClassAction.org website, Nissan settled with lots of drivers after a suit was filed against the car maker. “Anyone who owns/owned or leases/leased a 2013-2014 model year Nissan Pathfinder or a 2013-2014 Infiniti JX35/QX60 vehicle equipped with the FK-*k2 CVT (continuously variable transmission), states ClassAction.org. “A class action lawsuit has been filed alleging that the continuously variable transmissions (CVTs) in 2013 and 2014 Nissan Pathfinders and Infiniti JX35/QX60 vehicles are dangerous and defective. Drivers have reported that their vehicles started to shake, which some described as “shudder” or “judder,” when accelerating from full stops or slower speeds (e.g., 15 to 40 mph), posing a serious risk of accidents or injuries when merging into traffic or onto the freeway,” adds the site.

So, what did Nissan say and do?

Nissan agreed to settle the suit, which would have entitled lots of drivers to money and repairs.

How much does it cost to replace a transmission on a Nissan Pathfinder?

Generally, the cost for a Nissan Pathfinder automatic transmission diagnosis will run you between $90 and $120. This does not include labor costs so you would have to call your local dealership.

How to Car for Your Nissan Pathfinder and Its Transmission

When it comes to buying or leasing a Nissan Pathfinder, you as the vehicle owner can take steps to ensure your transmission is healthy- and if you do spot problems, take that Pathfinder in for an inspection. Check out some tips that can save you some big bucks in the long run.

How do you maintain a Nissan CVT transmission?

According to the Boost & Shutter’s YouTube channel, the following tips can be helpful:

You can click here to receive more tips and information!

Depending on driving habits and such, you can count on your CVT transmission lasting up to five years, or even longer. A CVT which stand for a continuously variable transmission offers drivers a single-speed transmission that works like an automatic shifter. The shifting should be smooth as well as for seamless. Although there has been some concern about the longevity of these transmissions- because of past issues, you should have minimal work with your CVT transmission.

Tired of That Pathfinder and its Transmission? Sell it!

Did you know that you don’t have to be strapped to that ill-performing Pathfinder with the transmission issues? Whether you have an early model or late-model Pathfinder with transmission problems, you can sell that car to Cash Cars Buyer! We buy all makes and models- including Pathfinders with transmission issues! Even if you are out of the window to collect money from a class action lawsuit or simply cannot get your car repaired, we are here to take the pain and frustration away of trying to maintain that Pathfinder! Just click here and obtain your FREE online quote and you can find out what your Pathfinder is worth, with that problematic transmission!

No Title for that Pathfinder? No Problem!

Feeling stuck with that Pathfinder, because you cannot find the title for it? We buy Pathfinders with no title and we may just buy yours! In many cases, not having the title to your Pathfinder is not an issue. Just have your Pathfinder’s registration and your picture ID for the sale of the car. Then, just click here to obtain an instant offer on your vehicle!

Personalized Service for you and your Pathfinder!

Thinking you have to have that old Pathfinder towed to our offices to sell it? Think again! Cash Cars Buyer has experienced and accomplished junk car buyers all over the country. We bring the office to you! And did we mention that you never have to pay anything to sell your Pathfinder? Our Pathfinder selling services are completely free to you! That means, no paperwork, processing or towing charges! FREE Pathfinder removal? Yes, that is reason enough to get an instant offer and call us! Get that old Pathfinder out of the way and begin a new path to a Problematic Pathfinder-free life! Click here to get started, NOW!