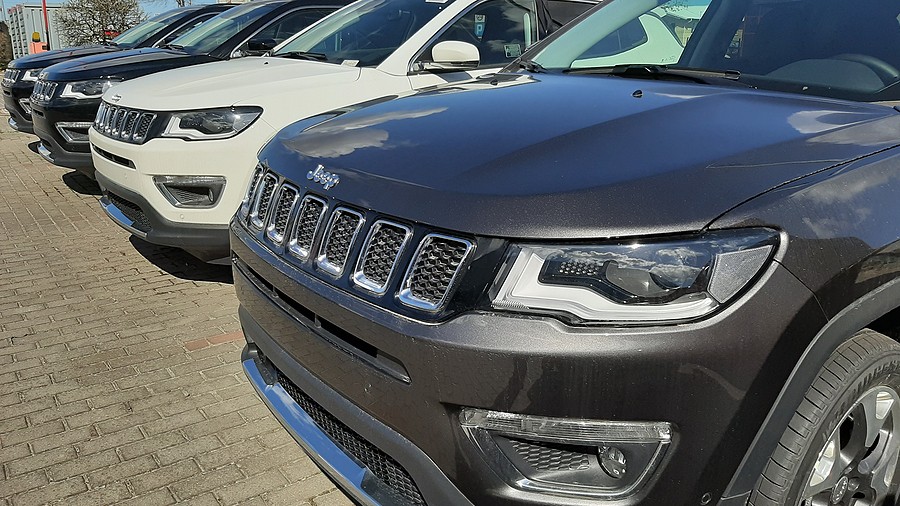 Jeep introduced the Compass to its line of back in the year 2007. It's a crossover SUV and the second generation of the vehicle came out in 2017. The Compass is available in several different trim levels which include:

The second generation of the Jeep Compass seems to be faring better than the first-generation dead in terms of problems. That's not to say that it's completely devoid of issues now, and in fact the 2018 model did have a fair degree of problems and recalls that have affected the overall performance of the vehicle. Because of the issues that have popped up over the years, the Jeep Compass does have a reputation as being a sometimes unreliable vehicle. That's something to consider if you're in the market for buying a new Jeep Compass, and especially if you're looking for an older model.

While any vehicle could potentially suffer problems, there are some that have definitely popped up more often than others over the years with a Jeep Compass. Let's go through a breakdown of some of the most significant problems.

2007 was definitely the worst year for complaints related to the Jeep Compass. In particular, the control arm bushings were known to fail quite often. This could cause the suspension to go completely, and more than one driver reported that while they were driving, they heard noises as the bushings failed in the car began to drift off in one direction or another. Clearly this is a potentially dangerous situation and one that is best avoided.

The average cost for repairing the suspension issues in your Jeep Compass would be around $700. Control arms, tie rods, and bushings were all common complaints. Some owners reported having to replace bushings twice before they even reached 60,000 miles.

The Jeep Compass uses a CVT or continuous variable transmission. Some owners reported issues with this system badly overheating. This was especially prominent in the 2011 model year. Word is that the system would start to feel most often around the 70,000 miles, and repair bills would be upwards of $1,500 to $2,000.This problem was especially dangerous as, if the CVT overheated while you're on the road, your ability to accelerate could fail and leave you unable to adequately navigate through traffic.

The instrument cluster on the Jeep Compass has been accused of being overly bright more than once. Drivers have had problems at night seeing the road as clearly as they would like to because the instrument cluster is shining in their eyes. There is no option for dimming it, which could potentially leave it to our dangerous situation.

Owners of the 2018 Jeep Compass have had the same problem with the rear camera interface. Off in the resolution is so right, you can't see what's behind you if you're trying to backup using the camera to assist.

In early models there were frequent problems with the TIPM or totally integrated power module failing. This was a massive problem in the 2007 model year and continued for many model years after that. It was the chief concern of the 2011 model year in 2012 as well.

The TIPM was an electrical control system in Chrysler vehicles. It was meant to operate something like an electrical brain that would coordinate all your electrical system and send the necessary signals to the necessary components so that your vehicle could operate properly. Unfortunately, the TIPM was known to be massively dysfunctional not just in Jeep but in many other vehicles as well.

Owners reported all kinds of problems with the TIPM malfunctioning in unpredictable ways. You might wake up in the morning and discover that your windows have rolled down and the radio is blasting at full volume. These are the kind of problems that a faulty TIPM could have caused in a vehicle. There were serious side effects of the dysfunction of the TIPM as well. Some drivers reported problems like:

Where it is that the average tipm repair was about $1,200. That's a steep repair bill for a piece of technology that was faulty from the beginning. There was a settlement and recalls issued for some models with faulty TIPMs in them, but the Jeep Compass was not one of those affected models. That doesn't change the fact that many drivers did have problems with theirs.

The remote keyless entry system ceased to work properly and WCM needed to be replaced. Other electrical systems in the car would work properly, but this one it was rendered useless until such time as the unit was replaced.

Issues with the engine not properly starting have also plagued the Jeep Compass. This is related to an electronic lock up in the starting system. When it starts to break down, your keyless entry no longer functions and then you are unable to start the Jeep at all. This was a recurrent problem across numerous model years. In fact, the entire first generation from 2007 to 2017 had drivers reporting this as an issue.

The Compass shutting down while you're driving has also been an issue that some drivers had experienced. This was one of the most prevalent complaints with the 2018 model.

From 2007 through 2014 a number of Jeep Compass owners reported problems with the sunroof and windows leaking. This could occur in either the front or the rear of the vehicle and required a thorough inspection of the seals and grommets to discover the source of the leak. The average repair cost for this was around $100. Overall, this was one of the cheaper problems that Afflicted the Jeep Compass over the years, but it was still annoying for a number of drivers.

There have been a number of recalls for the Jeep Compass over the years for a variety of reasons. In addition to the ones listed here there were several that affected smaller numbers of vehicles, sometimes as few as just several dozen and up to several thousand.

The 2020 Jeep Compass has very high ratings overall for crash test results. There is very little to complain about in terms of how it reacts when you get in an accident.

Older models did not fare quite as well in crash tests. The 2007 Jeep Compass, for instance, had some average ratings rather than good ratings in crash tests. Nothing was terribly bad, but it only received average scores for rear crash tests.

Overall, however, from the earliest model years until the present the Jeep Compass has been fairly reliable during crash tests and stood up better than a number of other vehicles have. The results are at worst average and generally good overall. While the Jeep Compass is not always the most reliable vehicle on the road, it is fairly decent in terms of safety.

If you're in the market to get a Jeep compass, then you definitely do better to look at the more recent model years, the 2019 and 2020 Jeep Compass have proven to be Fairly reliable overall with far fewer problems reported. You would definitely do yourself a favour if you avoided the earliest model years. The 2007 Jeep Compass was riddled with problems, and for the next several years the electrical issues and suspension problems were significant enough that they could be considered life-threatening if something were to go wrong at the wrong moment.

The best model years for the Jeep Compass seem to be the 2013, 2019, and 2020 if you're interested in purchasing one that's going to cause you the least amount of trouble. As with any car or SUV, you really need to get a mechanic to give it a once-over so that you can be sure you are getting a vehicle that's in decent condition. It's better to be safe than sorry.