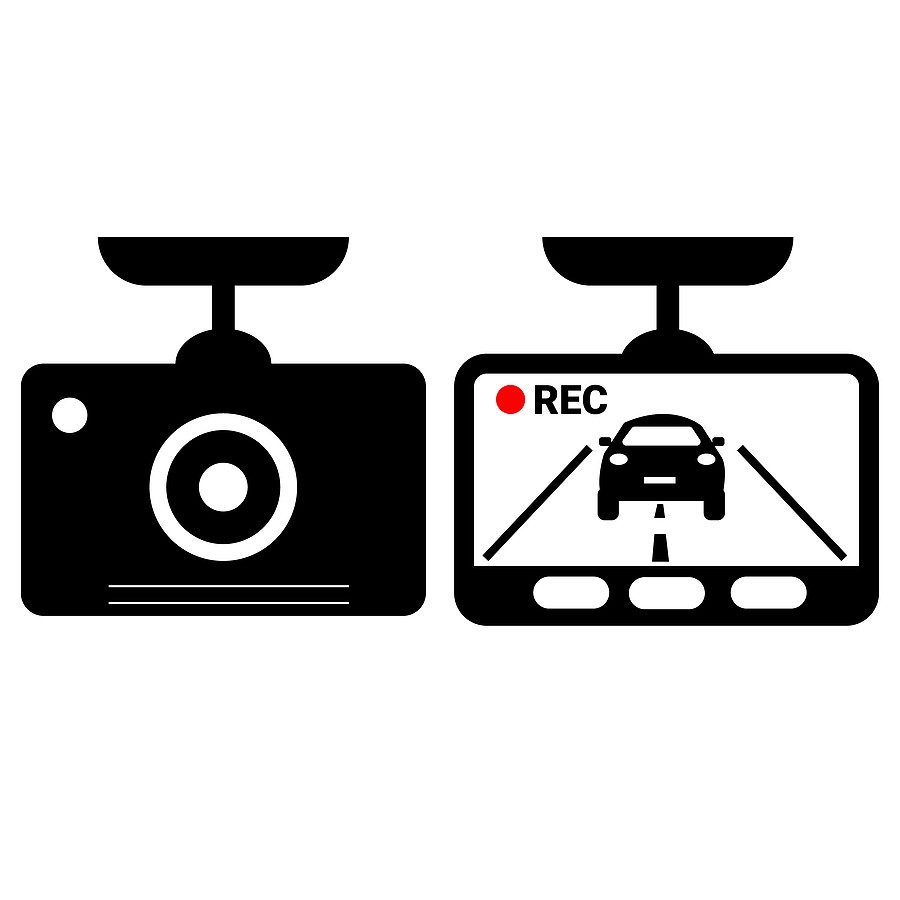 Dashboard cameras, or dash cams, range in price from $30 to $500 based on the technology and installation. These cameras are common in police cars and rideshare vehicles. Should everybody get one?

A common question among drivers today is, “Should I get a dash cam?” If you’re asking yourself this, you should pick up a few basics before deciding.

What is a Dash Cam?

By definition, a dash cam is a “dashboard camera.” In other words, this is a camera that drivers can put on their dashboards to record the inside of the car, the outside of the car, or both.

This trend picked up recently because it’s a niche product on social media websites. There is a market for bizarre occurrences caught on dashboard camera footage as well as for both mundane and tranquil strolls. It’s simply a way to record the ride.

What matters with technology is what you choose to do with it. There are creatives who stream trips through the mountainside. On the flip side, there are Uber or Lyft drivers who appreciate the security of knowing their services are being recorded should an accident occur.

A lot of people are inclined to dismiss this tool as a passing fad or an unnecessary gadget. In a way it’s a valid perspective, but we can’t argue with the increasing trend.

Why Do People Buy Dashboard Cams?

Deciding to buy a dashboard camera is a good idea if you’re worried about safety. If you like to make sure your car is protected in various situations.

If a driver is in an automobile accident, the footage of the wreck could be used in a court case to demonstrate liability. Normally, this record is taken in a word-against-word manner. With film, it’s a lot harder to argue anything other than the facts.

It might be useful in deterring would-be bandits from accosting your vehicle. In other words, if somebody’s scoping out vehicles for something to steal in a smash and grab, your car may be passed away as the criminal knows the action will be recorded.

More seriously, insurance companies and police officers love dashboard cameras for sorting out the details when a crime or automobile accident occurs.

Does Having a Dashboard Camera Lead to Safer Driving?

Driving with a dash cam does in theory make some drivers more responsible!

In fact, some companies install dashboard cameras in their work-owned vehicles to stop their own employees from being reckless behind the wheel. It works wonders in convincing people to take the cautious route.

Speaking of safety, these devices may lead to fewer occurrences of vandalism or theft.

Opponents to dashboard camera installation argue that their factory-installed vehicle theft deterrent system will eliminate the risk of problems. Unfortunately, not many people go out and look to see what’s happening when a car alarm sounds. It’s just too commonplace.

At the end of the day, we have to remember that there are some dishonest folks out there. They have no qualms about throwing themselves in front of a moving vehicle to make sure it looks like the driver caused it. It’s extortion! A dash cam can avoid such a problem.

Many of these devices are so much more than a camera! Some act like a black box for a vehicle. They record the surroundings, audio and video. They can even be tracked by GPS or reviewed by using an application on a smartphone. It’s twenty-first century tech!

Can I use a GoPro as a Dash Cam?

In theory yes, a GoPro could be used like a dash cam, but it will be a DIY project that may not be worth the work in the end.

Someone at home is sitting out there, reading this article, saying “I’ll use my GoPro as a dash cam, good idea!” Stop and read this before proceeding with that plan.

The first obstacle is that you will have to find a way to put your GoPro in the correct space. Mounting a GoPro as a dash cam is going to require engineering or a purchase that acts as some kind of adapter.

GoPros don’t just start up because you started your vehicle. This is another hang up. When you want something that’s turnkey as far as dashboard cameras go, you need the real McCoy.

Remember that small devices run hot! A dash cam is built to be used for hours at a time. It won’t feel hot to the touch when you’re done with the ride the way a smartphone or GoPro may. Dashboard cameras are constructed in a more durable way.

Using Your Dashboard Camera Every Day

If you want to use your dashboard camera every day, go for it!

Some people argue that their drive is so short and mundane a dashboard camera makes no sense. Did you know that accidents are said to occur closer to home? If somebody cuts you off and causes an accident on your morning commute, you’ll be thankful for the footage.

An accident caught on camera is not generally a negotiable event. You can’t argue with footage. Plenty of real-life examples (and Hollywood stories) have proven this true.

Many professional drivers use dashboard cameras daily, by choice or by policy. For example, police department staff now use cameras to ensure that routine traffic stops are in fact professional and routine. If something serious occurs, the footage can be examined.

In the logistics industry, delivery services rely on dashboard cameras to ensure that drivers are safe on the road. It can also help back up any claims against a driver. For example, if a van’s footage shows that a package was clearly delivered, it would be hard to say it wasn’t.

Taxi cab drivers, rideshare drivers, and limousine chauffeurs also recommend dashboard cameras to ensure the services they are safe for both themselves and the passengers.

Are There Dashboard Cameras for Motorcycles or ATVs?

There are certainly dashboard cameras that will work for motorcycles or ATVs. The hard part is finding one that is durable enough for how you ride. Something for off-roading is going to be a specialized piece, so shop around accordingly.

Don’t expect to pick up a dinky old dashboard camera at a thrift store and be ready to ride off into the sunset with it! You should find something that is recommended by users (peer reviewed) and that upholds safety requirements.

You don’t want a bum camera to come flying off and hit you in the head while you’re out on the road!

In fact, some safety experts suggest a dashboard camera makes more sense on motorcycles since they are often involved in incidents more frequently than other modes of transportation.

Well, yes, there are some people out there who steal dashboard cameras. They are desirable after all. Some are worth a pretty penny.

This can stop some people from buying one. They don’t want any trouble.

A word to the wise on this concern is to remember that quality dashboard cameras won’t be eyesores.

Instead, dashboard cameras should be small, almost undetectable. Sometimes they’re installed so they can’t be easily noticed. This helps prevent problems with thieves.

Note that this undermines some of the benefits of a dashboard camera. If you want to know if somebody hit your car and fled the scene of the crime, the camera must be in place to catch that. If you’re taking it out and bringing it up stairs with you, then it’s not able to do so.

If you want to install a dashboard camera, you should see a professional.

There are plenty of DIY projects and online vendor samples that can provide you the basic operation you seek, but these pieces could be installed incorrectly or likely to catch the eye of a passerby hoping for a quick smash and grab.

When you get the camera professionally installed, you will have access to the top-of-the-line inventory as far as these dash cams go. You can get the smallest and most efficient technology. It’s a heftier investment, but as the saying goes, you get what you pay for.

People who drive Uber or Lyft have been some of the biggest advocates and promoters of dashboard cameras since they hit the market. Buying a decent dashboard camera takes some understanding of what’s available and which will meet your specific needs.

First of all, determine the quality of recording you need. Do you want audio? Do you want color? Do you want high definition? Not all cameras offer the same level of footage. Some look staticky and weird. Others have a near television-ready appearance.

Decide whether you want a dual-lens system. Some cameras may only record the front of the vehicle or the interior. Some will let you flip it, but others are able to record both angles at once.

If you mostly drive during the day, like a delivery driver may, you might be tempted to forgo anything that offers infrared LED lights or night vision technology. We, however, highly recommended getting a premium product so that you are covered day and night.

You might also need to make a note of how much technology you’ll put up with. If you hate installing components or linking up Bluetooth systems to wireless networks, then you should avoid complicated setups. Instead, look for something that’s more “plug and play.”

You should also be mindful how the camera footage is recorded (and of where it is recorded). Do you need to upload an SD card? Will footage automatically delete and re-record after a given amount of time? How much time is that?

For example, if you want to record your eight-hour shift, you may need a camera that has the potential to record that long without deleting what was recorded earlier.

Choosing how the footage is pulled is also key. You have to think about whether you would like to be able to easily view the recording on a smartphone or tablet or if you’d rather be able to pull it from a memory card.

Some of these features are “bells and whistles,” meaning that you have to read the product specifications very carefully. Even how the battery is charged or if it requires power should be something you’re double checking.

Some of the most popular names today are BlackVue, VIOFO, and Garmen. They are known for the add-on features they offer, like 4K Ultra HD recording, three-point surveillance (front, inside, and rear), and built-in GPS/Wi-Fi.

How Much Do Dashboard Cameras Cost?

The price range for high-quality devices is hefty, from $199.99 to almost $500.00. Don’t be tempted by bargain bit offers. You won’t be satisfied with the results in most cases.

That being said, these dashboard cameras do make a great gift for someone you love. Consider them for Mother’s Day, Father’s Day, birthdays, and other celebrations.

Hint: In the United States, you might find dashboard camera deals on Black Friday!

These cameras are an investment in your own security. If something happens that needs to be caught on camera, the dashboard cam will pay for itself!

Whether for a friend, family member, or yourself, a dashboard camera is an item that will cause you to wonder how you lived without it.

Our money’s on yes, you should get a dashboard camera.