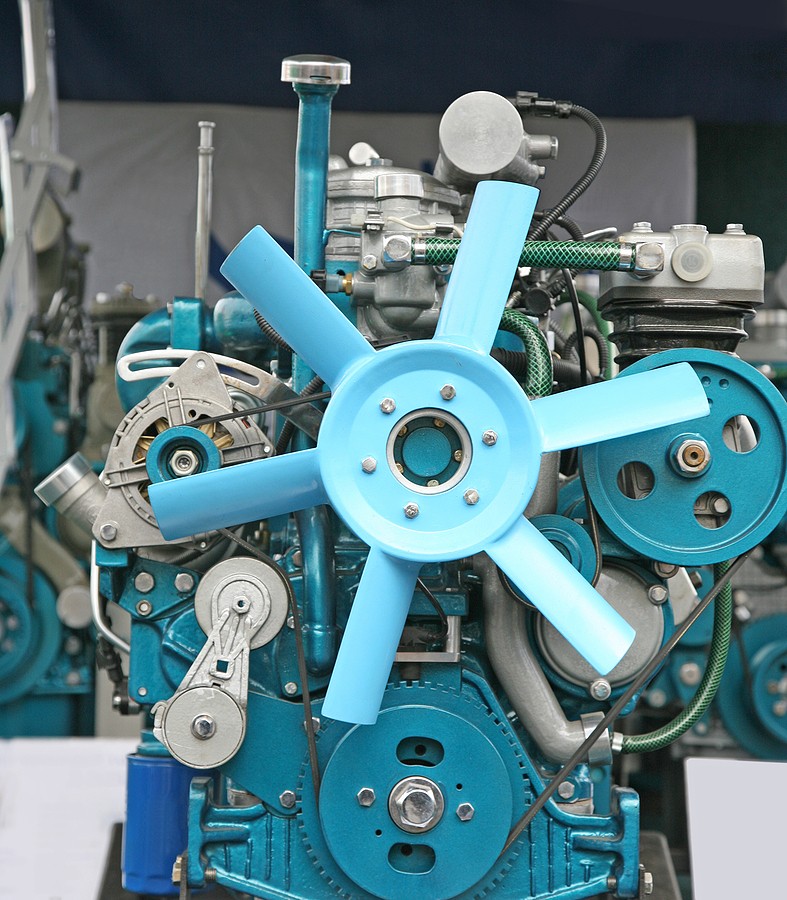 You must understand the differences between a used, rebuilt, remanufactured, and replaced engine. When looking at how much you could spend on the diesel engine replacement cost, figuring out the repair process can help you get an accurate quote of the price.

Used engines typically come from vehicles in junkyards or scrap yards. Although this would lead to a lower diesel engine replacement cost, used engines typically do not have the same shelf life as the other options. They are not disassembled for cleaning and inspection, and most times, they will have high mileage, poor maintenance history, and performance issues.

In addition, rebuilding an engine is used to recondition an engine by cleaning and replacing broken or worn-down parts. Any faulty parts that are worn but still usable, are reused to keep the engine working in acceptable limits. Engines that were rebuilt by a mechanic or sent to a machine shop might not have the necessary qualifications of most engines on the market, but buying a rebuilt engine can help keep the diesel engine replacement cost lower.

Lastly, a remanufactured engine involves the mechanic building the engine to make it as close to new as possible. Most parts that show excessive wear and tear are replaced with new ones, while slightly-old or damaged parts will just have to be fixed. The major components of the engine are checked to make sure they attain equipment specifications.

When looking at the diesel engine replacement cost, you need to know the difference between diesel engines and gasoline engines. Although they theoretically work in similar ways, powering your vehicle and using a fuel source to make your car move, they have differences that drastically set them apart.

The similarities between gasoline and diesel engines are that they are internal combustion engines, working on transferring the chemical energy in fuel into mechanical energy to power the car. This mechanical energy must work to move the pistons within the cylinders, in turn moving the crankshaft.

The frequent movement of the pistons, called linear motion, is then translated into rotary motion. This rotary motion makes the wheels spin and powers the vehicle in the intended direction. In addition, both diesel engines and gasoline engines convert fuel into usable energy through the internal combustion system. Although the combustion is similar, the total diesel engine replacement cost is higher than that of gasoline.

The difference between gasoline and diesel engines is that internal combustion occurs in varying ways in both engines, meaning the combustion process varies. This is why if you put gasoline in diesel engines, the car will not be able to run properly.

In gasoline engines, the fuel is mixed with the proper air ratio to power the car. This fuel is mixed and compressed by the pistons and ignited at the right time due to the necessary spark provided by the spark plugs, called ignition timing.

The diesel engine uses a four-stroke combustion cycle, which is the same as the gasoline engine. Despite these steps being the same, you should still avoid putting gasoline in diesel engines. There are four main strokes in this cycle, which are:

During this first step, the intake valve opens and creates the piston moves up and down, leading to the linear motion that will soon be converted into a rotary motion for the wheels and your vehicle.

The compression stroke involves the piston returning back to the ‘up’ position and compressing the air to make the proper pressure and fuel and air mixture. If this step does not occur when you add gasoline to diesel engines, you should get your car checked by a trusted mechanic.

Once the piston returns to the top and the ‘up’ position, the fuel is injected at the precise moment. If the fuel injector is broken or faulty, it will not inject fuel at the correct time, and the firing will be off. In addition, if the ignition timing from the spark plugs occurs at the wrong time, the fuel will not light and cause combustion. If the combustion stroke is not working correctly, it can lead to a higher diesel engine replacement cost.

The last step of the four-stroke cycle for both gasoline and diesel engines is the exhaust stroke. This is where the piston moves back towards the top of the range of motion, pushing out the final bits of exhaust that have been created by the combustion of the fuel, getting rid of any harmful glasses that could be a detriment to your engine.

When looking at the overall diesel engine replacement cost, you might notice the extreme differences between diesel and gasoline’s composition. These differences are why you cannot add gasoline in diesel engines and expect your car to run normally.

Diesel fuel evaporates slower due to the heavier consistency, oily nature, and higher boiling point. It will take less refining to create diesel fuel, so if you add gasoline to diesel engines, the consistency will not work to create the necessary combustion. In addition, diesel fuel has a higher energy density, showing why diesel engines get better gas mileage than gasoline-fueled cars.

The advantages of using diesel fuel and having diesel engines are that these engines emit minimal amounts of co2, significantly harming the environment and the air that we breathe. Also, diesel engines get better fuel efficiency, leading to increased miles per gallon, which also enhances the environment, meaning you have to fill up less often and spend less money on gas.

The disadvantages of using a diesel engine are that excessive nitrogen is released from the diesel fuel, leading to smog and acid rain, somewhat counteracting the previous health benefits of using diesel fuel. In addition, if you use gasoline in diesel engines instead of the diesel required, you can permanently harm your engine and lead to an engine replacement over time.

When looking at the overall diesel engine replacement cost, the prices are typically similar to luxury and performance vehicles. To give you some perspective, replacing a high-performance long block engine will cost you hundreds of thousands of dollars for a luxury car like a Ferrari or Bugatti.

For other luxury cars in the mid-range on the market, replacing an engine will typically cost around $15,000 or a Corvette. For a Chevrolet Camaro, the diesel engine replacement cost will run you around $6,500, which will cost many V8 cars.

If you need to pay for the diesel engine replacement cost on a new vehicle, you could be paying for 15 to 25 hours of billed work. A big part of how long the labor cost will depend on how much work the shop has to do to put engine parts on the new engine block.