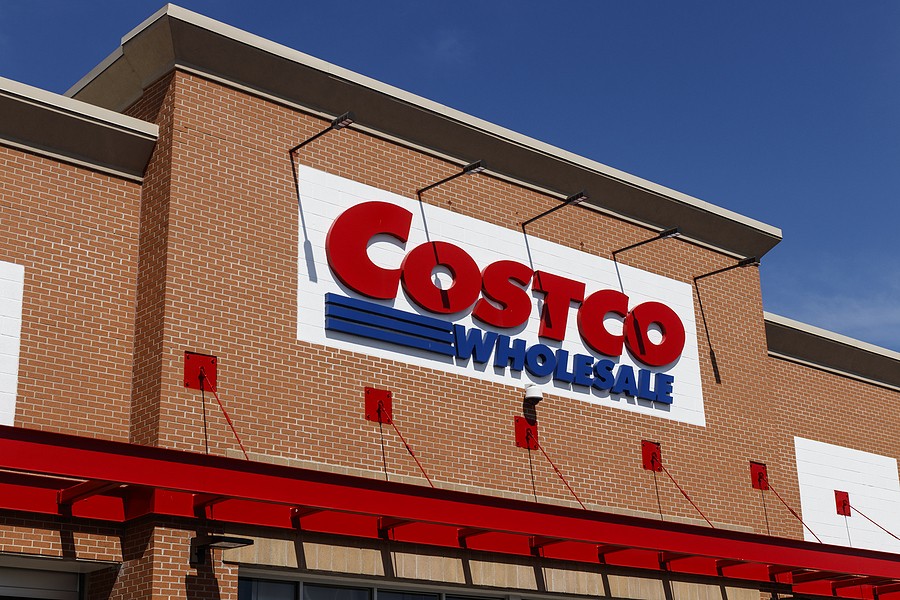 The low Costco gas price makes people wait in lines for hours just a filling there are tanks. Several people report and wonder why is Costco's gas price low most of the time? Does this affect its goodness? Because Costco gas prices low, does this mean it hurts the engine, and it's not good?

We will answer these questions and a lot more in the following article. We also provided some recommendations on things to consider before filling up your car with Costco’s gas.

One of the most important factors behind the low Costco gas price is the number of interested customers. Any customer who is a member can receive a 75% profit when filling up Costco gas.

The more and more members, the more Costco will drop the price and make it affordable for all customers.

Costco also increased their number of gas stations and made it close to almost every customer member. Therefore, who doesn't want to receive a 75% reduction in his gas price if the gas station is very close to his house?

If you're thinking now, why would a company like Costco provide low gasoline prices? What are the main benefits for Costco as a company?

Well, you already know that Costco doesn't only sell gasoline, right? It does sell a lot of other items that can generate a lot of profit. If a Costco member gets one of his essential daily items like gasoline, there is a very high chance for this customer to get some other items from the store.

Therefore, by dropping the gas price while still making profits, Costco is bringing more customers and increasing its profitability. Therefore, it's a two way when.

That's a great question because sometimes, when things get cheaper, it might indicate low quality.

Costco uses Kirkland's signature gasoline, which is one of the top-rated gas qualities in the nation. It's very common for Kirkland to provide cheap items without meaning that they are of bad quality.

According to automotive experts, Kirkland gasoline meets the gasoline standards at the top end, which indicates that this gasoline has specific additives to help clean up your engine and enhance its performance.

Thus, when it comes to Costco gas quality, it's above and beyond regular gas quality.

What are the common cons about Costco's gas price?

When the gas price goes down, many people will be interested in filling up their tanks. Thus, if you decided to go and fill up your tank from a Costco gas station, you might need to wait for a long time to get a turn to fill up your gas.

The other thing is that Costco does not accept cash payments, and they only accept debit cards, visa cards, or Costco cash cards. Therefore, if you are in a rush and you only have cash payments, you might not be able to fill up your tank.

Unless Costco gas station is close to your house, you don't want to drive longer distances to wait for a long time before you fill your tank. While we mentioned before that there are plenty of gas stations belonging to Costco, you might be living in an area where you can't reach a close Costco gas station.

How much is a gallon of regular gas at Costco?

If you don't already know, Costco was ranked as one of the top brands when it comes to top low-cost gasoline among 50 brands, according to a survey completed in 2017.

In general, Costco's regular gas costs about $2.35 per gallon compared to the average price of other cheap gas stations that don't go below $2.53.

According to Trefis research firm, you can get your vehicle's gasoline for between 6 cents and 12 cents under the marketplace.

Several customers reported similar questions about whether Costco gas is healthy for their vehicles or not, considering the low Costco gas price.

According to most reported reviews, gas is gas anywhere you go. As we mentioned earlier, Costco gasoline reached the top tier of gasoline requirements, and it matches any other best products in the market.

Here are some of the customer's experience with choosing the low Costco gas price:

This customer is a loyal Costco member who's been feeling up his vehicle for years now. He indicated that he never had any problems with the fuel.

It seems like this customer understands that the gasoline comes from a separate supplier to Costco, and Costco doesn't create this gasoline.

He also added that “They would not sell bad gasoline, or so many people would not continue to buy it from them. There are lineups at their pumps for most of the day.”

The second customer expressed his positive feedback about Costco gasoline. He recommends that customers should try getting the gasoline additives in both regular and premium gasoline.

He said: “I have used Costco gas in every car or truck I have owned for at least the past 14 years. With the monitoring both on and off-site, I know I am getting the best product available.”

The third customer had a slightly different opinion. He mentioned that there is no big difference between using Costco, Shell, Chevron, or any other gas price as long as you're using the right octane.

He mentioned: “As long as you are using the proper octane for your vehicle, nothing will change depending on “brand. “

Things to keep in mind before getting excited about Costco gas price:

Millions of people line up in front of Costco's gasoline stations, hoping to get their tanks filled fast. Costco gasoline is great; however, there are some things to keep in mind before filling up your tank with Costco gas:

There are many apps available to check how much the current Costco gasoline price is, like GasBuddy. You need to evaluate the situation and think about whether it's worth getting into your vehicle and drive to a Costco location to get your tank filled or not.

Several customers reported that their nearest gas station is only $0.50 higher than the nearest Costco location in many situations. In that case, it might not be worth getting in the car and driving to Costco unless there is a significant difference in the price.

As you might already know, to fill your vehicle with Costco gas, you need to wait in line until other people are done.

Therefore, it's great to be smart about this and not go during peak hours like during the afternoons or in the middle of the week.

Some people found it great to go during the early morning where the gas station is open and the warehouse is not. For instance, most Costco opens from 10 AM to 8:30 PM. On the other hand, the gas station might open from 6 in the morning to 9:00 PM.

By shifting the time, you want to go, and you can save yourself a lot of frustration waiting on lines Unless you needed immediate gas filling because you're almost running out of a guest.

Obviously, whenever you want to fill your car with gas, you need to choose the right pump that matches your vehicle's tank site.

However, you don't have to worry about this at Costco because all traffic is 1 Lane, and the pumps are equipped with very long hoses to help you fill your tank from any side. This is a great feature about Costco on top of the mentioned features before.

If you haven't been already to Costco gas station, you might get confused at the beginning because the middle lane is not set for drivers to stop him.

The middle lane is put purposely to help drivers get to the next station smoothly without waiting for one side to finish filling.

For example, if two drivers are filling their tanks in front of you and one of them just finished, you can use the middle lane to go around the other car and fill up your tank from the other side.

Therefore, if you blocked the middle lane, you might cause frustration and delays in the Costco gas station's overall traffic. Unless you gave up on waiting, it's never recommended to pass people and use the middle lane.

The great thing about being a Costco member is that you receive about a 75% reduction in your Costco gas price. Therefore, the last thing you want to do is look for your membership card once you get to the pump station.

Thus, make sure to have your membership card, your visa card, and other necessary Payment methods ready before you get your turn.

The other thing to keep in mind is that cash payments are not an option, and you will lose your turn if you don't have a credit card ready immediately.

What is so special about Costco gasoline despite the low Costco gas price?

Yes, Costco gas prices low; however, this doesn't mean that the gas line is bad.

Costco is supplied by one of the top-rated gasoline in the nation which is Kirkland.

Kirkland is known for providing significant benefits to your vehicle's engine, including:

Kirkland gasoline is equipped with additional additives that helps clean up your engine and allow it to perform properly. By adding and filling up your tank with Kirkland gasoline, you will notice a significant improvement in your vehicle's exploration, idle right, and start.

Your engine will be cleaned regularly from any debris or deposits by continuously using a good gasoline-like Kirkland. Thus, you won't deal with the drop in your vehicle's fuel economy than other Gasoline friends.

If you're running your vehicle with dirty fuel, there's a high chance that the dirt and contamination turn into a harmful gas that can affect your area's overall air quality.

On the other hand, by using Kirkland gasoline, the chances of having contaminations dropped significantly, and emissions leaving your vehicle will be within environmental agencies' recommendations.

Costco is one of the largest companies in the nation that people are shopping for regular items and gasoline.

While Costco gasoline comes at a very low price, this doesn't question this gasoline quality.

Costco uses one of Kirkland's top-rated gasoline, which meets the top tier of gasoline recommendations.

This gasoline can help enhance your vehicle's overall performance, expand the lifespan of many engine components, reduce harmful gases, and significantly improve your vehicle's fuel economy.

There are several recommendations mentioned in this article about things to keep in mind before shopping for below Costco gas price, including reviewing the current Costco price, choosing the right time of the day, never blocking the middle line, and getting your membership card ready before your turn.