Coolant Temperature Sensor: Everything You Need to Know! 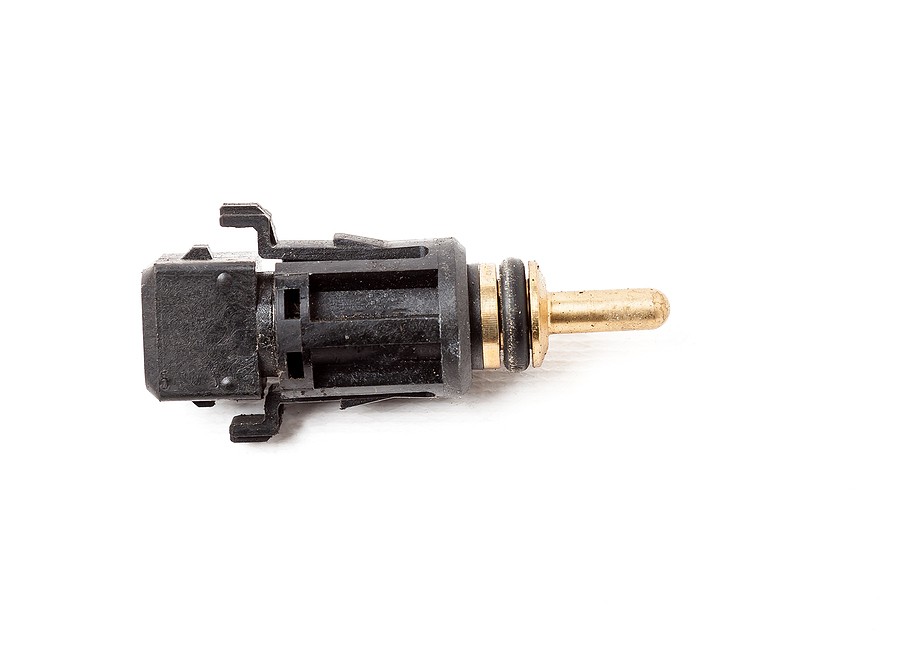 A coolant temperature sensor plays a vital role in keeping the engine at its optimal operating temperature. You probably heard about a car’s engine overheating or engine running too hot before. Maybe you experienced it at some point, but did you know that your engine can run cold too?

A car’s engine has to run at its optimal working temperature range. It can’t run too hot and it can’t run too cold. This is because each engine has calculated tolerances and the materials used within it run at a specific temperature range. If it runs hotter or colder than it should be, these tolerances will somehow be affected, and with it happening all the time can be damaging.

So how does the car know that the engine is operating at its optimal working temperature? That’s what this article is about, a closer look at the coolant temperature sensor and how it affects the engine.

The coolant temperature sensor sends signals to the car’s computer and if something is detected, the computer will make changes on the timing of the engine and its fuel calculations. Like if it’s too cold, the engine will need more fuel or if it’s too hot, it will require less. The computer can also change the engine’s performance setting, reducing it if it detects that the temperature is too high.

Knowing where it is located can help you check and inspect it more often. Coolant temperature sensors are usually located beneath the air intake pipe and behind the right cylinder. You can find it around the upper section of the engine block or around the cylinder head. You can check it from time to time but remember that not all faulty coolant temperature sensors have visible signs or symptoms.

Coolant Temperature Sensor: What are the signs of a bad coolant temperature sensor?

To help you with that, here are the common signs and symptoms of a faulty coolant temperature sensor.

One of the common problems of a coolant temperature sensor is when it has poor connection inside, in the wiring harness, or in the connector. The poor connection can cause the signal to be interrupted as it makes its way to the car’s computer.

The signal interruptions can cause your car to have erratic or irregular temperature gauge readings. In some cars, the engine might run in fail-safe mode. One might also notice that their air conditioners have stopped working and their radiator fans are running continuously.

A corroded sensor terminal can also cause intermittent temperature gauge readings and it can also cause an inaccurate reading of the engine temperature. Depending how severe the corrosion is, cleaning it or replacing it can fix the problem.

When your engine overheats, it can be because of a faulty engine coolant temperature sensor. This can happen when the sensors send inaccurate signals to the car’s computer.

Like for example, sensors sending a constant hot temperature or a cold temperature signal. Now, if the computer accepts it as a correct signal, its calculations on how much heat the engine is giving off will be wrong and it won’t do anything to correct it like it’s supposed to.

If the faulty sensors continue to send inaccurate signals, overheating of the engine can happen. In some cases, an engine misfire or an engine knocking can be experienced.

One of the early signs of a faulty engine coolant temperature sensor is an increased fuel consumption. Faulty sensors sending incorrect signals don’t only mess up the engine, it also messes up the computer’s calculations on fuel and timing.

If the computer constantly receives signals that the engine is running cold, it will use more fuel than necessary to help make the engine warmer thinking that it is what the cold engine needs. The unneeded use of extra fuel causes the reduced fuel economy and a decreased engine performance.

If you notice a black smoke coming from your engine, it could be because of a bad coolant temperature sensor. A sensor that sends wrong data to the car’s computer will receive it as the correct data and the system will only react according to what it received.

If the system received a cold signal from the sensors, the system will automatically react and accept that the engine is cold. It will then enrich the air-fuel mixture in the engine. Now, if the air-fuel mixture is too rich, the fuel might not be able to burn up inside the combustion chamber. If this happens, the fuel mix will be burned up in the exhaust pipe of your car that causes it to release a thick black smoke.

If you notice that your car is releasing an excessive amount of black smoke, do not try to drive it. It will not be safe. Call a professional and have your car checked immediately.

A flashing check engine light is also an indicator that you have a failing engine coolant temperature sensor. If the car’s computer detects that there is something wrong with your sensor’s circuit or signal, it will set off your check engine light and it will continue to flash until the problem is fixed.

The experts recommend that if your check engine light is flashing, you should check what triggered it as soon as possible. By doing so, you can avoid any possible engine trouble that can harm you and your car.

If you are not sure what sets off your car’s check engine light, you can use an OBD2 scanner to know what triggered it. An OBD2 scanner is a helpful tool especially in situations like this. Knowing and checking for the trouble codes can save you a lot of time figuring out what caused it.

It is already known that a bad coolant temperature sensor can mess up the signals sent to the car’s computer which can cause a faulty fuel and air mixture.

When you start your vehicle, it is always critical that the amount of fuel being injected in the engine is appropriate. It is the make it or break it moment when it comes to starting a car and it will be hard to start it if the fuel-air mixture is faulty.

Another reason why a faulty sensor can cause your car to hard start is that if it reads that the temperature is way too high compared to the ambient air temperature sensor’s readings when it first started, the car’s computer will automatically assume that there is a problem. It will set off the check engine light and will go into failure management mode. This causes a hard start and your car will only be running lean or rich.

Coolant Temperature Sensor: How do you test a coolant temperature sensor?

You already know the signs and symptoms of a faulty coolant temperature sensor, so how can you really test or check it? Here’s how.

You need to find where the coolant temperature sensor is located. It can usually be found on the engine block under the hood.

Open the hood and find the sensor within the engine block. You can find it in the engine block’s upper section or around the cylinder head. If you find an approximately one-inch diameter nut that has a two-wire electrical connector on top, it is your coolant temperature sensor.

To test your coolant temperature sensor, you can use a digital volt ohm meter. You can start by connecting volt ohm meter’s black lead to a solid grounding like the metal part of your hood.

You can then proceed to remove the wire from the sensor terminal and connect the red lead to the coolant temperature sensor’s terminal end. Remember that you have to set the digital reading of your meter to 20k before you turn it on.

Turn on your engine and let it run for a few minutes to ensure that you get the readings of its running temperature. Check the readings of your digital volt ohm meter continually. If it reads  more than 200 ohms, then your sensor is in a good working condition. If it reads less than 200 ohms, it would mean that your sensors are defective and a replacement will be needed.

You can also check your owner’s manual for the accurate ohm-value at a given temperature to be sure since the number can vary depending on what car you own.

Coolant Temperature Sensor: Can you drive with a bad coolant sensor?

Many seemed to be asking if one can still drive a car with a faulty coolant temperature sensor. You could, but you should not. You wouldn’t want to be spending more on repairs on damages that are caused by driving with bad sensors.

A damaged engine cooling system does not only cause your car to overheat, it could also warp your cylinder heads, and can cause an engine block and a cylinder head gasket failure. All of which are costly to repair. It will be a gamble to drive with a bad coolant sensor.

Experts recommend that if you suspect that your coolant temperature sensor is failing or if you have noticed its early signs and symptoms, you need to have it checked and fixed immediately.

If you need to refill your coolant reservoir or radiator, don’t use tap water. It could damage your radiator over time since tap water has rust elements and other minerals.

If you notice leaks, have them fixed immediately. May it be an oil leak, a gasket leak, or a coolant leak. These leaks can affect the coolant temperature sensor.

Now you know how important the coolant temperature sensor is in maintaining the optimum operating temperature of your engine. It is only important that you take good care of it and maintain it like every other essential part of your car. Once you notice the early signs and symptoms of a faulty one, do not wait, have it checked and fixed immediately.

PrevPreviousCan You Trade in a Car with Body Damage? Is it Even Possible?
NextWhat to Do When the Car Struggles to StartNext