Clutch Fluid: What Is It and When Should You Replace It? 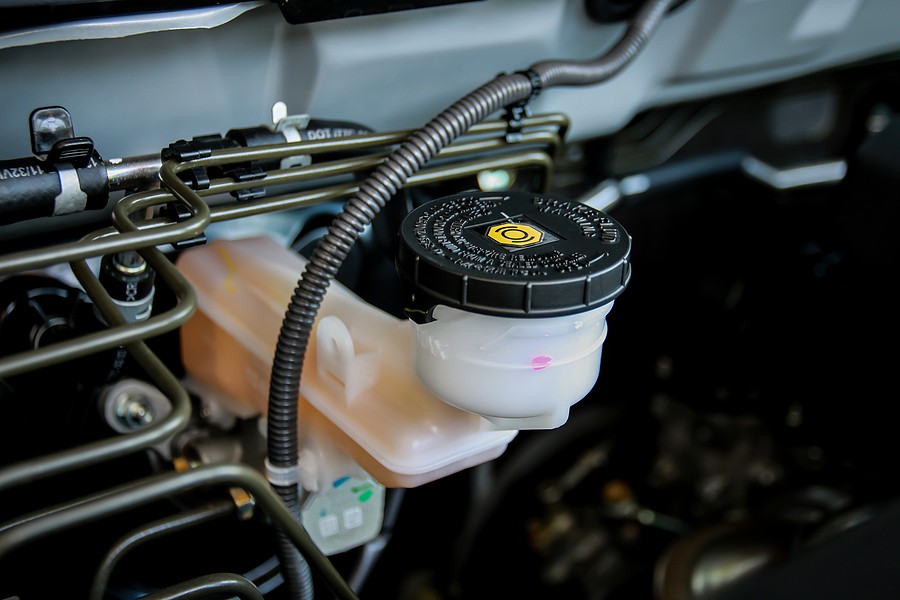 There are a bunch of different fluids flowing through your car on a regular basis. From motor oil and coolant to transmission fluid and power steering fluid, it’s important for you to make sure that you have enough of these fluids in your car at all times. This includes clutch fluid. Although clutch fluid sometimes gets overlooked in the grand scheme of things when you’re thinking about the fluids in your car, it plays a very important part in its overall well-being. Let’s take some time to learn more about what clutch fluid is, how often you should replace it, and what you can expect to pay for clutch fluid replacement when you take your car to a mechanic for service.

What Is Clutch Fluid?

After hearing us rave about how important it is to keep enough clutch fluid in your car a second ago, you might be surprised to hear what we’re about to say about it. But here it goes: Clutch fluid isn’t something that even exists. If you were to walk into an auto parts store today and request a bottle of clutch fluid, there is a good chance that the clerk behind the counter would hand you a bottle of brake fluid and send you on your way.

You might initially think that the clerk made a mistake and request a bottle of clutch fluid instead. But the truth of the matter is that clutch fluid is actually just brake fluid that is kept in your car’s clutch master cylinder. This confuses a lot of people at first. But if a clerk ever hands you a bottle of brake fluid when you ask for clutch fluid, you should now know that you can just go along with it. There isn’t any difference between clutch fluid and brake fluid.

There are many manufacturers that have started to label clutch fluid as “clutch fluid” when packaging it. But this is only done to prevent people from getting confused when they’re looking for clutch fluid. If you were to break clutch fluid and brake fluid down to their most basic elements, you would find that they contain the same ingredients in them.

What Does Clutch Fluid Do?

Now that you know that clutch fluid and brake fluid are basically one in the same, you might be under the impression that clutch fluid is somehow less important than we originally led you to believe. But this isn’t the case! Clutch fluid is important, as it’s responsible for playing a key role in the way in which your car’s clutch works.

As you can see, it would be pretty much impossible for you to use your car’s clutch pedal or your clutch as a whole without clutch fluid. The clutch fluid in your car is in charge of creating the pressure that your clutch needs to change the gears in your transmission while you’re out on the road.

How Often Should Clutch Fluid Be Replaced?

What Are Some of the Signs That You Need to Replace Clutch Fluid?

In a perfect world, you should try to replace your clutch fluid regularly so that you don’t ever have to worry about spotting any of the signs that’ll show you that you need to replace your clutch fluid. But if you don’t get around to doing it routinely for one reason or another, there may come a time when you see symptoms of low clutch fluid. You shouldn’t ever ignore them since they could turn into much bigger problems if you do.

Here are some of the most common signs that it’s time for you to replace your car’s clutch fluid:

These symptoms might suggest that you’re experiencing more than just low clutch fluid. You might have other issues going on with your car’s clutch or transmission that are leading to them showing up. But you should start things off by seeing where your clutch fluid stands. It could very well be low and causing these problems to pop up.

Is It Safe to Drive Around With Low Clutch Fluid in Your Car?

If you don’t have the right amount of clutch fluid in your car or if the clutch fluid is dirty, it could cause you to have problems shifting the gears in your transmission. This could potentially do a lot of damage to these gears and force you to have to make costly repairs down the line. You might even have to replace your entire transmission at some point if you keep pushing your car harder than you should when it doesn’t have enough clutch fluid in it.

Additionally, a lack of clutch fluid or contaminated clutch fluid in your car could put you yourself into danger. If your car is constantly struggling to get from one gear to the next, you might not know how to anticipate its next move. This could lead to you driving faster or slower than you might like, which could result in you getting into an accident. It’s why you should prioritize replacing your clutch fluid as necessary. It’s going to keep both you and your car safe at all times.

Who Should You Trust to Perform Clutch Fluid Replacement?

If you’re ever in need of clutch fluid in your car, you should call around to a few different mechanics in your general area to see which one can help you put fresh clutch fluid into your car. If you’ve been experiencing any other issues with your clutch, you should also mention this to them. It’ll give them some idea of what they’re getting themselves into when they begin to replace your car’s clutch fluid.

How Much Does It Cost to Replace Clutch Fluid?

Should You Ever Attempt to Replace Clutch Fluid Yourself?

Check how to add clutch fluid to your car here:

Doing this should not take the place of having an entire clutch fluid replacement done. But it’s a good way to add some clutch fluid to your car if it’s leaking out and you don’t want to run out of it in your car.

What Might Happen If You Don’t Replace Clutch Fluid Often Enough?

It’s easy to forget to replace the clutch fluid in your car when there are so many other fluids in your vehicle to keep track of all the time. But you’ll be glad that you took the time to replace your clutch fluid once you see how much better your clutch and your transmission work when you take good care of them.

PrevPreviousHow to Save Money on Car Maintenance: 15 Amazing Tips!
NextWhat Are The Most Common Ford Ranger 3.2 Engine Problems And Solutions?Next