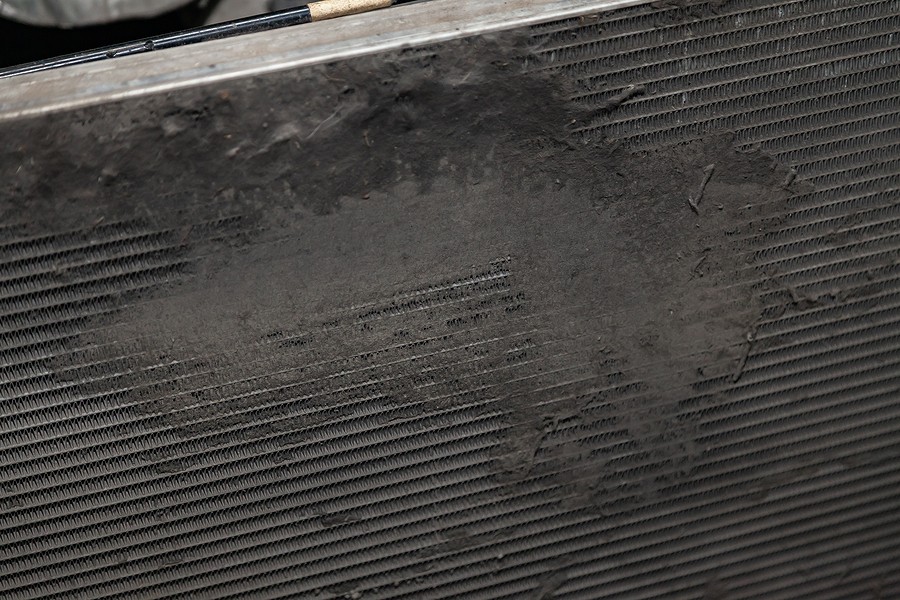 The radiator is the reason your car is able to run once it gets up to those high temperatures that an engine can reach in the middle of a long drive. Burning fuel and friction in your engine create a lot of heat, it can get up to 2,500 degrees Fahrenheit. The radiator is in place to ensure that the temperature of the engine stays in the optimal range without overheating. Coolant circulates from the radiator through your engine where it absorbs all that extra heat and then heads back to the radiator again so that it can cool down. This constant, circulating process keeps everything running smoothly and the way it was specifically designed to do.

It's clear that if you have a problem with your radiator, your ability to cool the engine down is going to suffer as a result. An overheating engine is destined to break down very quickly if something isn't done about it. The potential damage from an engine overheating can be quite severe and include everything from blown gasket heads to damaged cylinders and more. If engine overheating is allowed to go on for too long the possible costs that you have to deal with can be upwards of $4,000 or more. That's definitely a repair job you want to avoid if at all possible. And considering that if the problem was caused by a clogged radiator which can be fixed extremely cheaply, this is definitely something you want to know about.

If you start experiencing a few of these symptoms, then there's a good chance you're having a problem with your radiator being clogged. If that's the case, we can let you know what you need to do about it. But first, take a look at all the ways your clogged radiator is going to let you know that something is going wrong.

Signs and Symptoms of a Clogged Radiator

Like any system that has a liquid flowing through it, your radiator can get clogged up for a number of reasons. Without the right amount of coolant flowing through the lines, your engine can't maintain a temperature. A radiator can also get clogged from the outside so there are a few signs you need to be on the lookout for to let you know what's going on.

We'll start with the most obvious sign that there is a problem with your radiator, the temperature gauge on your dashboard is telling you that it's overheating. Typically, that gauge is located somewhere in the area of your fuel gauge or your odometer but wherever it is, it will feature a needle that moves between C on one end and H on the other. If it starts heading towards the red mark on the H, that means your engine is overheating.

Your engine should typically be operating at around the same temperature all the time, so if you're seeing that needle sitting higher than usual, especially if it gets into the red zone then you know you have a problem that you're going to have to get addressed soon. Your car should be somewhere between the 195 degrees Fahrenheit and 220 degrees Fahrenheit range. A little bit of variation beyond that isn't too much cause for alarm but if it stays on the hot side for an extended period, and it gets much hotter than that, then a clogged radiator may very well be the culprit here.

When your radiator starts to corrode the rust inside can build up and get stuck in the radiator preventing coolant from being able to circulate back to your engine again. A good flush will usually solve this problem for you.

You should know the colour of the coolant that's in your vehicle. Most vehicles run on a coolant that is either green or orange.  There are other colors of coolant out there including pink, blue, and purple but whatever colour you're using hopefully you were aware of what it is. Regardless of the colour, if there's a problem with it actually in your radiator it's going to get discolored in a way that is pretty unmistakable. It will start to turn darker and muddy looking and will develop a bit of a thickness as well. That's due to whatever sediment and contaminants have built up in it. If it gets bad enough it can become dark brown and nearly black in colour.

You should have a coolant overflow tank that you can do a quick inspection of to see what colour your coolant is and make sure it's the way it's supposed to be. If you see a drastic colour change then it's a good sign that you're going to need to get the system flushed. The reason that contaminated fluid causes a problem is pretty clear. Because it's contaminated it's going to be much thicker than normal, which will cause it to move more slowly and create blockages because of whatever stuck in it.

If your radiator has gotten clogged up from rust build-up it may start to crack or wear down around those spots. That can cause coolant to start leaking out which you’ll notice under your car after you can park for a while. Again, look for the colour indicating that it’s coolant rather than another liquid from your car. Most coolant also has a distinct odour that's rather sweet you will notice if this is the source of the problem. You should do what you can to get this cleaned up quickly as well because coolant is not only toxic, it's very attractive to animals that will try to drink it.

Unfortunately, if your radiator is leaking because of rust, even a thorough flush will not be able to repair this problem. You'll need to get it repaired quickly before it becomes a bigger leak and will require a brand-new radiator.

No Heat in The Car

When you turn on the heater inside your car and it warms up the cabin on a cold morning, the coolant that's travelling from your hot engine back to the radiator gets redirected through the heater core in your car so that the hot air can be blown in and keep you warm. If you're not able to feel any warm air blowing in, this could be a problem with a clogged radiator. It's not the only problem by any means, but if you notice any of these other symptoms as well, then a clogged radiator may definitely be the cause.

You should be able to see the radiator fins at the front of your radiator. These allow the circulation of air from outside of your car which helps cool down the coolant. Because they are outside and exposed to the air, your fins can become clogged pretty easily with things like dirt, leaves and of course insects.  Clogging the air flow like that will reduce your coolant’s ability to cool down the engine. Fortunately, it's usually not too hard to get this cleaned off and you may be able to even spray it off with the hose to keep it clean.

Fins on a radiator are extremely thin and rather delicate, all things considered. It's not very difficult to dent these and when that happens, they will flatten against the radiator. Anything banging into this grill will cause damage like that from things you hit with your car, to even an improper installation. If too many of these fins get bent back it will restrict the airflow, damaging your radiator’s ability to keep things cool.

How Much Does It Cost to Fix a Clogged Radiator?

The cost of repairing a clogged radiator really depends on a number of factors. If the damage to your radiator is bad enough and you can't do a simple flush to get it cleaned at home, then you may need to replace it with a new one. The cost of a new radiator can vary greatly depending on the make, model, and year of your vehicle. You could find a radiator as cheap as $100. However, some radiators can end up costing you as much as $900 to get a new one. That’s just for the part itself. You can go to AutoZone right now and see that a radiator for just a Chevy can range from $100 to as much as $500. On the other hand, a radiator for a Porsche starts at about $450.

When you factor in labor, you're looking at another $100 to $400 depending on the make and model of your vehicle. A Toyota Camry might only take a mechanic an hour or so to get done, while if you take a Porsche into the dealer to get it fixed you might end up taking about 4 hours worth of time.

The other thing to remember is that labor costs can vary greatly between things like a dealer or a neighbourhood mechanic and that also heavily depends on where you are in the world as well. Repair costs tend to be higher in big cities than they are in smaller towns

If you're just going to get a radiator flush you may be able to take it to a tire and lube place instead of a full mechanic to get the job done. You'll have to check with the businesses in your area to see what kind of services they offer. But those places are generally cheaper than mechanics would be to get the job done and they often have deals available to help cut the cost. So again, depending on where you get it done, a radiator flush might cost you as little as $40 but could go as high as $200.

How Do You Flush Out a Radiator?

If you've never tried to flush your radiator at home, it's not that difficult of a process to figure out. If you're comfortable doing things like changing an oil filter, or even changing a tire, you should be able to handle doing a flush of your radiator at home as well. Of course, if you've never tried it before there are a number of videos you can find on the internet that can walk you through the process. One like this will show you the easy steps that you can do in order to flush the radiator and get things working the way they're supposed to work in no time.

Getting this job done at a mechanic isn't the most expensive job in the world, but as we have seen you can do it yourself for under $20 potentially so if you have the time and the inclination it really is worth it to do this job on your own.

A clogged radiator can have some serious repercussions for how your vehicle operates. What seems like a small problem can escalate into an entire engine failure if it's not addressed soon enough, which is definitely going to hurt your bottom line. If you can get this problem fixed yourself for just under $20, there's no reason not to give yourself a radiator flush on a semi-regular basis as part of your routine maintenance in order to prevent some seriously big problems down the road.

If you're experiencing any of the problems we listed make sure you take a look at your coolant levels, coolant colour, and the radiator itself to search for any potential problems or damage that let you know you need to get something fixed. Better a few dollars and a couple hours of your time today then having a massive repair bill at the mechanic down the road.