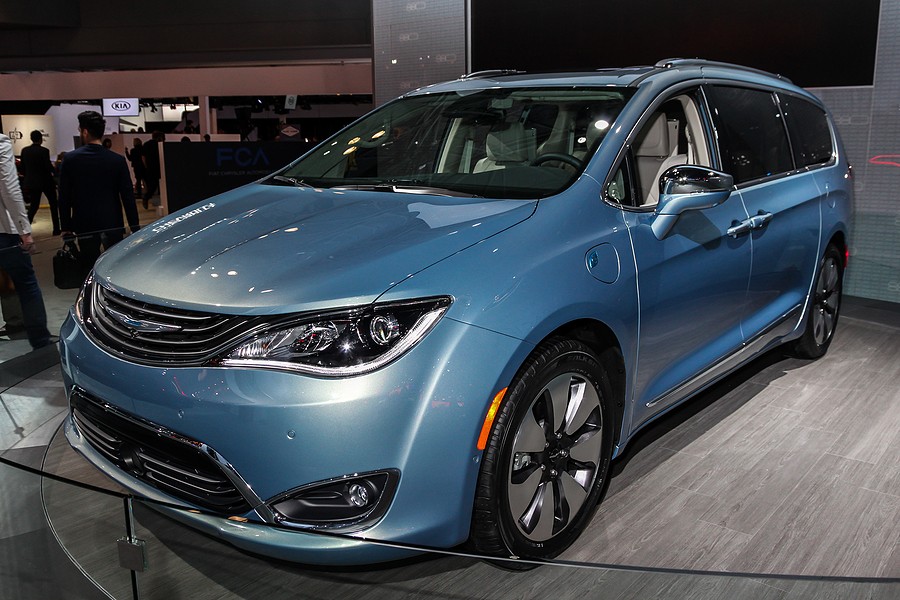 The first year of production for the Chrysler Pacifica was 2004, with engine cradle rot being a huge issue for this year and the following. The company, Chrysler, admitted that they did not provide enough coating to the vehicle’s subframe during assembly, a huge fault, but they only offered to cover a small portion of vehicles in warranty.

The main categories of concern for users were solely the body and paint problems, with the NHTSA lodging over 300 complaints in the same category, and nearly 300 in the engine category.

The main concerns about the body and paint were the rusting frame and subframe, the engine cradling rusting and rotting, and the liftgate not being able to open. The NHTSA lodged complaints regarding the body, the frame, the underbody shield, the structure, bumpers, and the support device for the liftgate.

To fix the rusting frame and subframe, users paid on average a high repair cost of around $2,190 and occurred at around 130,000 miles, with the most common solutions being to repair the subframe, the engine carriage, the frame, or the subframe with a chemical spray.

The top areas of concern focusing on the engine were about the motor mount failure, the engine stalling while driving, the gas pedal getting stuck, the engine oil leaking, the engine not being able to turn over, the head gasket failing, the oil plug strip being out, and the timing belt breaking. To fix the motor mount, users have to pay a little below $300 to replace all of the motor mounts, occurring at around 110,000 miles.

The engine issues are similar, with the main concern being the rusted cradle, the car stalling, the check engine light coming on, the car catching fire, excessive oil consumption, unintended acceleration, the accelerator sticking, and the engine blowing during use. To repair the rusted cradle, users pay on average nearly $2,400 to replace the engine cradle and engine mounts, occurring at around 122,000 miles.

The main areas of concern for this model are similar to the previous issues, with the body and paint and engine being the two main issues for this Pacifica model. The main issues about the body of the Chrysler Pacifica involve the motor cradle rusting, the subframe corroding, the front end frame rusting, and the paint bubbling. The repair cost for the rusted motor cradle is typically around $2,000, with users stating they need to replace the entire motor cradle and motor mounts.

The NHTSA also had complaints about the structural body issues, resulting in one crash, two fires, and occurring at an average of 112,000 miles. Users stated that they are wary and nervous that the engine could fall out of the vehicle without warning, the old subframe can break while driving, and the bottom chassis might rot out.

The NHTSA has several issues with the engine as well, with the problems resulting in three crashes, two fires, and occurring at an average of around 94,000 miles. Users state that the engine cradle rot can cause an inability for it to be inspected properly by a mechanic, resulting in a necessary expensive replacement.

The 2007 Chrysler Pacifica problems were less than the previous years, with much of the body and paint issues seemingly taken care of in this model year, and the main focus of users being on the engine. The NHTSA also cited over 100 complaints in this category.

To fix these problems, the typical repair cost is around $1,600 for users and occurs at around 115,000 miles. Owners state that the car seems to jerk while accelerating, the car stalls while driving, the engine can stop while you are driving, and the car stalls when you shift into drive.

After a break in production following the 2008 Chrysler Pacifica, the Chrysler Pacifica came back for the 2017 model year, which is regarded as the worst year due to the severity of issues in this car. The main concerns about the 2017 transmission for users dealt with the transmission and the interior accessories, while the NHTSA lodged numerous complaints about the engine and electrical systems.

The transmission problems were mainly focused on the car having a hard time shifting and hesitating and lunging while accelerating or shifting gears. To fix this problem, the typical repair cost is very expensive, coming in at over $3,000 and occurring very early on, at just 23,000 miles on average.

The NHTSA Complaints regarding the engine focused on the engine itself, the vehicle speed control, and the cooling mechanisms. These problems resulted in 4 crashes, 4 fires, one injury, and occur very early on at below 20,000 miles. Owners state that the car shakes while driving, the engine light comes on, the car lurches while going into gear, and the car can lose power and require the engine to restart.

In addition, the electrical problems of the Chrysler Pacifica dealt with users stating the car makes a jerking motion while stalling, the gear shift light is not always on, the Bluetooth compatibility does not work, the driver’s side sliding door opens back up after closing unintentionally, and the door sensor does not work correctly.

Along with the numerous Chrysler Pacifica Problems over the years, there have also been various recalls for different models of the Chrysler Pacifica. One common recall is that the center passenger seat belts might become inoperable over time. If passengers occupying the third row or the second row center seat can’t use the seat belt, this can highly increase the risk of injury in the event of a crash. This recall was announced in early 2016 and affected nearly 4,000 vehicles.

Another severe recall was in August of 2017, with the recall involving the second row left seat belt might come unlatched during use. Chrysler recalled certain 2017-2018 Chrysler Pacifica vehicles that contain an 8-passenger seating option, since in certain seating situations, the second row center seating position seat belt buckle could cause the left seat belt to become unlatched, increasing the risk of injury.

In addition, there was a recall for the 2017 Chrysler Pacifica vehicles equipped with a 3.6-liter engine due to an engine stall due to a software issue. The engine control software might become out of sync with the crankshaft position sensor, which could result in the engine stalling while driving. This affected over 150,000 vehicles.

Furthermore, there is a very severe and dangerous recall that was announced in May of 2018 and affected over 4.8 million vehicles! This recall involved the cruise control not being able to be canceled or turned off. Chrylserrecaled various models of their cars, like the Dodge Journey, Charger, Durango, RAM, along with the 2017 Chrysler Pacifica due to the vehicles being recalled to address a defect that could prevent the cruise control system from disengaging. If there is a short circuit in the vehicle’s wiring, the driver might not be able to turn off the cruise control either by pressing the brake pedal or by manually turning off the system once it has been turned on.

Another recall that affected numerous vehicles was unintentional movement. If the MPR became accidentally engaged, the vehicle could roll away, even while in park or with the emergency brake on, resulting in potentially hitting a passerby or someone on a sidewalk.

Most Common Chrysler Pacifica Problems You NEED To Know

First, the Chrysler Pacifica makes a ticking noise coming from the engine. The main years affected were between the 2004-2008 models, with the ticking sometimes occurring as early on as just 15,000 miles. The most commonly affected engines were the 3.5-iter the 3.8-liter.. And the 4.0-liter V65 engine options. The main cause of the ticking is thought to be a broken retaining pin, with the average cost being between $80 and $1,500 to fix, depending on whether owners use a mechanic.

Second, carbon can buildup in the valves. The main models affected are the 3.5-liter and 4.0-liter V6 engines in the 2004-2008 Pacifica models. The check engine light will then turn on and indicate that cylinders are misfiring, resulting in the combustion chamber needing to be cleaned. This averages at around 131,000 miles and might require multiple repairs.

Next, static discharge or loose wire connections can cause issues with the power seat, seat heaters, and adjustable pedals. The average mileage when the problem occurred was around 106,000 miles and happened mainly in the 2004-2008 Pacifica models.

However, since the 2008 model was produced, the Pacifica has actually done a good job at making virtually problem-free cars, with the exception of two main issues in the 2017 model. At least Chrysler is trying to get better nad remedy the numerous problems that were present in the early models of the Chrysler Pacifica.