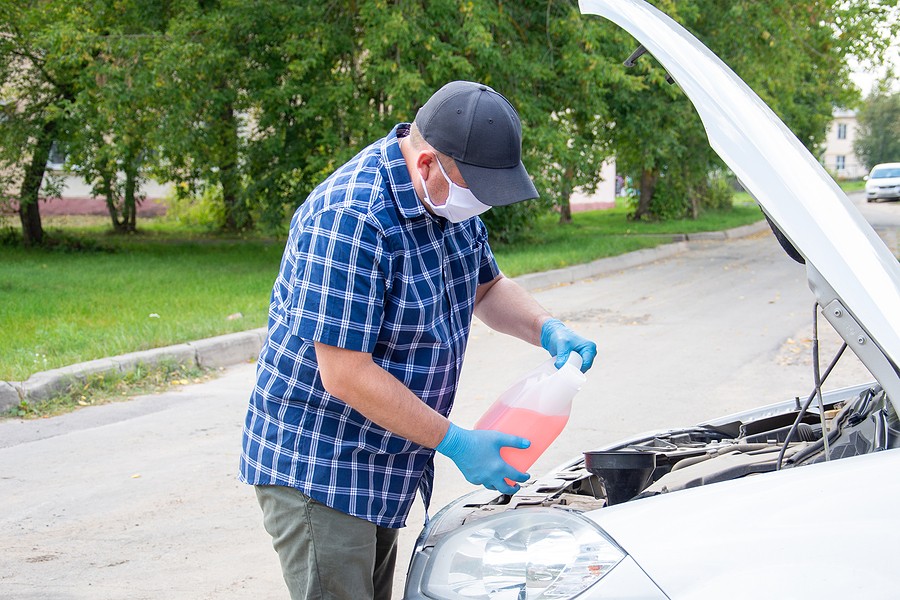 Chrysler is one of the “Big Three” car manufacturers located in the United States. This company has a great reputation for being a seller of upscale and luxury vehicles that are reliable and durable. However, even with the company expanding and producing high-quality vehicles, Chrysler has had some serious issues with their high engine repair cost, various models, class-action lawsuits, and recalls.

Despite being reliable over the years and churning out popular models for families and single car owners alike, Chrysler has undergone serious issues that need to be fixed by paying an expensive engine repair cost. Let’s take a look at which Chryslers have been the topic of some serious concerns and which exact models you need to keep an eye out for if you want to avoid longevity issues in your new car.

The 3.5-liter SOHC V6 engine for Chrysler was first introduced in the early 1990s after the company decided they needed a revamp from the 3.3-liter V6 engine in the previous models. However, Chrysler’s decision was seen as backward by many car enthusiasts, as the 3.5-liter V6 engine already had longevity and reliability concerns before being installed in the Chrysler cars.

Some car owners and car manufacturers typically blame these engine concerns on the construction and the internal engine mechanism. In contrast, other experts blame how owners take care of the engines – or the lack of care and maintenance performed. No matter who is at fault for the engine issues, these engines cause severe reliability concerns in Chrysler cars for years to come.

The new 3.5-liter V6 engine increased the bore stroke size from 93 to 96mm, and the compression ratio increased to 10.4:1. This new compression stroke added performance benefits and increased compatibility to work with overhead cams and various manifold tuning valves.

The block’s front was changed to accommodate different oil pumps and timing belts, with a water pump built into the front cover. This type of engine was used in many Chrysler cars, like the Dodge Intrepid, New Yorker, and the Eagle Vision.

Some of the engine concerns related to the Chrysler 3.5-liter V6 engine includes the valve seats and the high combustion chamber.

First, the valve seats press into the cylinder heads in the engine. However, in this model, the valve seats are positioned incorrectly, leading to engine failure prematurely and high Chrysler engine repair costs. The valve seats in the Dodge car models produced from Chrysler are made of powdered metal.

When this metal expands due to overheating and friction, the valve seats drop too far and contact the valve and pistons. When this contact happens, the seat breaks and causes the engine’s internal components to fail and break down over time.

The engine’s main parts that deteriorate due to overheating and excess friction include the piston, cylinder wall, engine valve, and cylinder head. These parts are crucial in the engine’s inner workings and can drastically affect the overall Chrysler engine repair cost.

The cylinder in your Chrysler can misfire, leading to issues with the valve seats and the overall Chrysler engine repair cost. The engine cylinder misfire can occur for various reasons. There are usually many warning signs, like exhaust coming out of the tailpipe, fuel smell, loud sounds coming from underneath the hood, and jerking while accelerating.

You may feel that the engine performance begins to suffer, and the engine sparks do not occur simultaneously. The spark firing’s incorrect timing leads to the engine misfiring and causes a lack of power, acceleration, and increased emissions.

The second main engine concern regarding the Chrysler engine repair cost involves the flaw in the piston ring landings. This flaw and construction failure leads to a higher internal combustion chamber temperature, leading to overheating and parts breakdown. This piston ring malfunction and the tiny drain back holes in the cylinder heads, lead to extreme temperatures.

Due to the lack of heat to escape, the oil breaks down quickly and leaves sludge, contaminants, and debris within the engine, leading to performance breakdown. Oil breakdown means the engine will eventually become blocked and not output the necessary power, leading to a higher Chrysler engine repair cost.

Fiat Chrysler had to recall nearly one million vehicles produced by Chrysler due to engine faults in 2020. FCA found issues with the 2.4-liter Tigershark engine, which produced excess emission and led to subpar engine performance levels. This issue was different from the other lawsuits that claimed the engine burned fuel at an abnormally high rate.

In the same year, Fiat Chrysler was hit with a class-action lawsuit. This lawsuit stated that the mega-company allegedly sold car owners their vehicles with a defect. The defect was so severe that it caused high amounts of oil to form in the car and shut down unexpectedly during only minimal use and stress to the engine.

According to this lawsuit, Fiat Chrysler was aware of the issue of the low oil pressure. However, FCA expressed that they did not know about this problem, and they were unaware that the engine could stall without any warning, leading to an extremely high Chrysler engine repair cost.

One model that was especially known for its high engine repair cost that caused significant issues was the Eagle Premier. Also named the Dodge Monaco, this large sedan was developed between American Motors and Renault. Although this car was not popular among the masses, the Premier later led to LH platform cars’ success.

However, reviews stated that it was one of the worst made cars ever imported to America, as the car was prone to numerous issues that directly caused performance issues.

A second model that succumbed to a high Chrysler engine repair cost was the Chrysler TC by Maserati. This car model was introduced in 1989 after it was delayed for numerous years. Unfortunately for Chrysler and Maserati, this vehicle was a huge commercial failure due to the strong resemblance to the Chrysler LeBaron convertible, a successful car option.

The third Chrysler car that experienced a high engine repair cost was the Crossfire, a sports car manufactured by Chrysler and inspired by Mercedes-Benz. Another commercial failure, the Crossfire, had poor handling, a cheap interior, poor road feel, and was second-best to the popular Mercedes.

This Chrysler car was produced from 2007-2010 and immediately earned a strong reception from car reviewers and the general public – and not in a good way. The Sebring failed in a comparison test with the competitors, coming in last in tests compiled by Car and Driver and the TTAC.

The Sebring also was appealing, not making up for the lack of horsepower and performance qualities. The engines were not refined, leading to high Chrysler engine repair costs, and the handling and the ride of the car were unsmooth and disappointing considering the price and stature of Chrysler at the time of production.

One of the main model years with extensive issues was the Chrysler 200 in2012. Despite the frequency of engine issues in the Chrysler 200, surprisingly no recall was ever issued for any model year. However, the 2017 model was the last year of production, because no one was purchasing the car due to the lack of reliability and engine performance.

The engine defects that plagued the Chrysler 200 involved the driver experiencing rough idling, sudden stalling, and jerking acceleration while trying to speed up during use. The stalling could cause the vehicle to lurch or jump forward unintentionally, causing discomfort for passengers and a higher likelihood of accidents.

The worst part about the engine issue in the Chrysler 200 is that the mechanics had trouble finding the root cause of the problem, leading to expensive Chrysler engine repair costs and future concerns for car owners.

Despite having a favorable reputation in the car industry, Chrysler produced various cars throughout the years that suffered from high Chrysler engine repair costs. Ranging from production in the 1970s until the more recent cars in the 2010s, models like the Eagle Premier, TC, Crossfire, and Sebring were just some examples of Chrysler cars with low reliability and durability ratings.