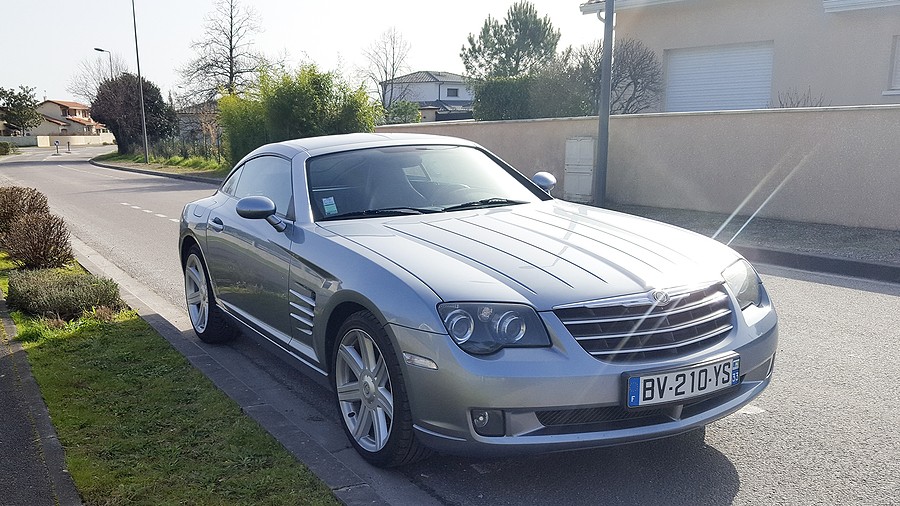 The 2.7 engine is a 60-degree V6 designed for front-wheel drive vehicles. It was later adapted to rear-wheel drive cars. Additionally, the 2.7-liter LH engine is based on the SOHC 3.5 L engine- despite the cylinder bore, bore spacing, stroke, and assembly site differ.

Are you looking to have the 2.7 engine in your Sebring or another Chrysler vehicle replaced? Should you do it? Check out what some Chrysler owners say as they weigh in!

“..the problem with these motors is that the oil capacity is already small, and that they are known as sludge motors, supposedly if you maintain it well and make sure you never miss a 3000 mile oil change then you'll be fine…but start prolonging maintenance and they're done for…I know that many shops regularly swap the 2.7 out of Intrepid and Concords for the larger and MUCH better 3.5 V6…but I’m pretty sure Chrysler never put the 3.5 in a Sebring/stratus…doubt it would fit either…being it's FWD…to drop the 4 banger in there you might get away with the same [transmission]. I believe both motors are transverse…meaning sideways in the compartment…computer would definitely have to go…”

“Make sure you have the timing belt changed and the tensioner checked and replaced. These engines use oil pressure to tension the timing belt so any sludge build up slacks the belt and can cause engine failure. Might try to start using synthetic oil.”

“I replaced my engine with my same engine after having it machined. The 2.7 in the LA area for a 2002 Sebring convertible is near impossible. They fixed Chrysler sludge problem. My car runs quiet and smooth. It cost me $2000 for the machine work and rebuild parts. The did it all. It cost me another $800 to have it installed. Whatever you do if going the 2.7v route – do install anything unless it's been machined – any other way and you are just waiting your hard-earned cash.”

“The 2.7 is the way to go with Sebring [vehicles]. All the others have foreign [transmissions] and they are very, very expensive to replace. The 2.7 is paired with a more American transmission. Easier and cheaper for repairs. I know this because my parents own an auto care shop and we get a lot of 2.4 and 3.0 motored cars in with bad [transmissions]. Be prepared to drop a few grand in it when it goes out!!”

“I personally just completed a 2.7 to 2.4 engine swap in a Sebring. For being a modern vehicle, this is a relatively simple engine swap. Being a mass-produced car, the two engines use the same engine mounting points on the car. All you need is a Chrysler 2.4L engine and torque converter, the mounts for the engine, the 2.4L wiring harness, PCM, and the 2.4l Exhaust system from the mid-pipe up. Both engines use a Chrysler 41 TE. As I mentioned before, you would need the torque converter for 2.4l engines. If you attempt to use the 2.7l torque converter, the car will get better overall fuel mileage but will be extremely sluggish. This of course only applies for the 2001 to 2006 Chrysler Sebring and Dodge Stratus, which are rebadged twins.”

Is the Chrysler 2.7 An Interference Engine?

The Chrysler 2.7-liter V6 is an interference engine. But given that it has a timing chain, the chance of failure coupled with destruction of the engine is pretty low, on a quality engine.

What Engine Does a Chrysler Sebring Have?

No matter the body style, the conventional Sebring offers drivers a 150-horsepower twin-cam 2.4-liter four-cylinder engine. A V6 engine comes inside of the Touring, Limited, and GTC models, as a standard engine. The Sebring sedans and convertibles use a 2.7-liter V6, with the Sebring coupe utilizing a 3.0-liter V6.

Is A Chrysler Sebring a Good Car?

Check out what owners of the Sebring have to say below:

“Thank you, Chrysler, for ripping me off twice. I had my engine completely rebuilt just over a year ago and I am once again in the same boat. Your 2.7L engine is a piece of crap. I know because I have personally worked on it. Your accusation that it is a lack of maintenance is completely unrealistic. My car was perfectly maintained and is still my most expensive lawn ornament to date. I am disgusted and will never buy from you again.”

“Bought a new Sebring LXI convertible and maintained strict maintenance. After owning vehicle for 6 years and driving 106,000 miles, the water pump broke and contaminated the oil. Paid over $3000 to have water pump replaced and also replaced motor mounts, timing chain and some other parts. Was hoping to drive this car another 100,000 miles.

After one month of spending $3000 the a/c pump froze up. A/C repairs cost $600. A month later oil warning light started flashing. Took car to a Chrysler Dealership and they tested the oil pump pressure and said everything tested out fine. Drove car home and engine suffered an internal break a block away from home. Assumed something major failed like a broken piston or cam shaft. Decided not to spend another dime on this POS and dumped the car for $800 and afterwards decided to never again to buy Chrysler. The 2.7L V6 double overhead cam engine has a design issue and is an engine to steer well clear of.”

“We are the original owners of this car. Took it in for service all the time. Oil changes, air filters, tune ups you name it. We were very good about servicing this car. Out of the blue it blows up. The car was out of town so now we have to go to the local dealership and get it ‘fixed'. How can we have sludge build up when we have had this car serviced? This was not due to lack of attention on our part. This is a manufacturer defect. 110,633 miles. Dumped the car!! Now the engine has died again. Done! Sludge part II. We decided to dump the car at this point. We are just throwing good money after bad. Hope this sludge problem results in a lawsuit. Chrysler should pay.”

“I purchased this car used on 4/18/2013. It was running great until 3 weeks later when the engine seized while pulling into a driveway. I had full knowledge of the engine and oil sludge issues after doing research online but I fell in love with the car. Against all my friend's and family's advice to not buy the car, I bought it anyway because it was running great and thought it was worth the risk. I was completely wrong, of course. Since I want to keep the car, I decided to have the engine replaced with a remanufactured engine of the same kind instead of a used engine with 58k miles which would most likely have the same oil sludge problems. While they were replacing the engine, they also came across quite a few other problems and things that needed to be replaced including 3 motor mounts, a faulty and leaking transmission module, upper and lower ball joints and controller arms, front struts, faulty window motors, intermittent wiring shorts mainly in the dash, the airbag light is on, and there's a leak somewhere in the top that's allowing water to get into the trunk. I only had them replace the engine, motor mounts, transmission module and lower ball joints and controller arms. The other repairs will have to wait for a while as I've now spent $11,600 (purchase price of $5400 + repair costs). So, it definitely has been a frustrating and costly car purchase and I can say with absolute certainty that I will never purchase another Chrysler product.”

Is the Chevy 2.7 Turbo A Good Engine?

According to reports, the 2019 Chevrolet Silverado has an excellent infotainment system and offers drivers a multitude of features as well as charging options for all your devices. BUT when you get to discussing the engine, there comes an issue. The 2.7-liter turbocharged four-cylinder seems to have very disappointing fuel economy. Competitors seem to do better. So even though the 2019 Chevy Silverado is definitely worth a glance or two from you, but with that 2.7-L engine, there is nothing that you should write home about.

A few years ago, there were a multitude of class action lawsuits pending against Chrysler over their 2.7-liter engines being utilized in various Chrysler and Dodge vehicles between 1998 and at least 2003. According to the Chrysler lawsuits, due to its faulty design, the 2.7 was prone to oil sludge, which could cause the engine to fail a lot earlier than it should or was to be expected. Owners of Sebring vehicles and other Chrysler cars filed complaints with that troublesome e smaller 2.7-liter engine. The engine was found to fail around the 50,000 to 60,000 miles mark. In some cases, the engine would fail around 20,000 miles.

How Did Chrysler handle the lawsuit against its cars with the 2.7-L engine?

Reports indicated that the DaimlerChrysler group hired a 3rd party company to handle defective 2.7L Engine warranty claims. It was well-documented that it was difficult for owners to receive compensation and receive consideration for any kind of compensation. Additional reports state that in order to collect from the lawsuit, the Chrysler car owner needed to have kept records indicating an oil change every 3,000 miles- and the oil change had to been performed by a certified Chrysler or Dodge dealer. Chrysler stated that if you decided to change the oil in your car it’s your fault. And if another mechanic changed the oil in your car, then it was that mechanic’s fault.

Got a Chrysler 2.7 with Engine Problems? Sell It!

Are you looking to sell your Chrysler Sebring or other Chrysler car with that ugly and troublesome 2.7 engine? You can sell that car for fair market value to Cash Cars Buyer! We buy all makes and models of Chrysler cars, with the faulty 2.7 engines.

Sell That Terrible Car with the 2.7 Engine Car FAST!

Tell us about your car

Take the time to tell us about your Chrysler. Be sure to include as many details as you can. Once done, you can view your FREE online offer!

Once you have your FREE online offer, you can call us. We will ask you some additional questions about your car and formulate the best guaranteed cash offer possible. Love what you just head from our friendly associate? Its time for us to come and get that car!

When you accept your offer on that old Chrysler with the 2.7 engine problems, we will waste no time coming to your home or locaiotn to appraise your car and pay you on the spot!

No title for that Chrysler? We Buy Cars with No Title!

Lost the title to your Chrysler? We buy cars with no title? In most cases, not having the title is not an issue. We ask that you have your car registration as well as your picture ID for the sale of your car.

Having a Chrysler with 2.7 L engine problems can be a huge problem. But it doesn’t have to be. You can sell that car at no charge to you!  We here at Cash Cars Buyer will purchase that old Chrysler clunker quick, easy and fast! Get your FREE online quote here and let’s turn that old Chrysler with the bad 2.7 engine- into cool cash, FAST!