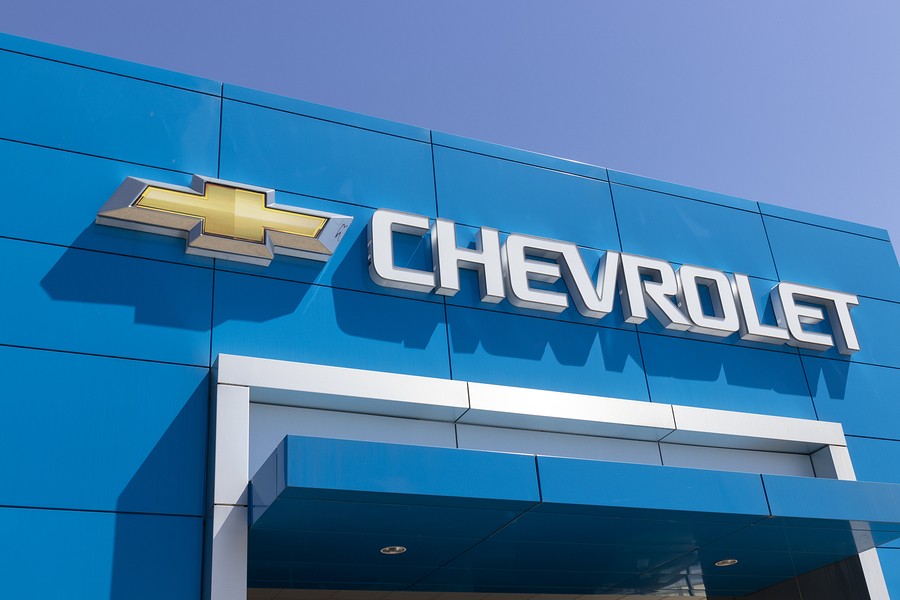 Like most car brands these days, Chevrolet has model entries for both a mid-size sedan market and a full-size sedan market. For the mid-size entry they have the Malibu, which was first introduced in 1964 up to 1983, back then it was a rear-wheel-drive sedan, and was initially a trim level of the Chevelle until in 1978 it got its own badge. At the end of 1983, it was fully replaced by Chevy Celebrity, but in 1997, it was revived as a front-wheel-drive sedan.

Chevy’s entry for the full-size market is the Impala, it is their flagship sedan and an icon when it comes to the American muscle fan base. it was produced from1958 to 1985 when it was discontinued in favor of the more upscale Caprice. In 1992, Chevy unveiled a concept car that shared the same GM B Platform as the Caprice, albeit a couple of inches lower to the ground, it was initially powered by an 8.2 V8 engine which was eventually replaced by a tweaked 5.7 L V8 Corvette engine. On December 13, 1996, a ceremony was held at the Impala plant as the last SS came out of the assembly line. The GM B platform was discontinued that year which meant production was also halted for the Impala together with the Caprice and the Buick RoadMaster. The Impala was once again revived in 2000 as a rebranding of the Lumina.

When purchasing a new sedan, the question most often than not is, “Do I get a mid-size sedan or a full-size sedan.” The answer isn’t always, “It depends on your needs.” It’s not the same as choosing between an SUV and a Truck, which is pretty much just cargo space vs. people space, right? When choosing between two almost identical sedans that both have pros and cons that match each other, it is best to find out more about your options. Both sedan types are almost the same, and to help you decide, we will break down key attributes that both vehicles share and the rate which of them is better at a particular attribute, hopefully by the end of this article you will be able to decide which of the both you would like to search for in the used car market. We will also be focusing more on the eighth generation Malibu and the tenth generation Impala, specifically those that were sold between 2012 and 2016.

Inside the Malibu, the art and science design style of Chevy is very much obvious, with its modern forms and very comfortable seats, with the addition of nighttime lighting as standard on the premier give it a classy mood especially that it is ingeniously added seamlessly into the design instead of sticking out like it was added after everything has been put into place. A common complaint of owners though is the amount of usable storage space inside, the glove box for one could have been bigger, the trays and cup holder are a bit shallow and can barely hold 1-liter water bottles. For cargo space, the Malibu has an ample amount of trunk space at 15.8 cu. Ft.

The tenth-generation Impala comes standard with power mirrors, windows, and locks. The seats are reportedly comfortable enough even on long drives even with the rear seats which can sit tall adults. It comes standard with a touch screen infotainment system that includes Bluetooth phone connectivity, satellite radio, and a Wi-Fi hot spot. Optional features include a Bose audio system and Apple CarPlay for plugging in your iPhone or iPads. For cargo space, the Impala has more trunk space than the Malibu at 18.8 cubic feet.

It is not surprising that the Impala wins this round, most full-size sedans have better interior and features than their mid-size counterparts and the Impala is no different.

Though having slight rear visibility problems, you won’t have to worry about backing up or lane changes, the Malibu has wide side view mirrors, a standard reversing camera, a blind-spot warning system equipped with cross-traffic alert at the rear. It also comes standard with dual-stage, front, side-impact, knee and roof-rail airbags for the driver and front passenger, you could also look for one that has the optional extra second-row head and thorax side-impact airbags.

The Malibu got a perfect 5-star rating overall for crash tests. On all collision assessments, except for front passenger safety (which missed a star for a perfect score), it got a 5-star rating. A number of driver assistance and collision avoidance systems are offered for the Malibu, as the lane keep assist system that prevents unsafe lane switching, and a forward-collision warning system that activates a bright flashing red light and a high pitched alarm when the car feels like you’re driving is unsafe. Look out for this, though keep in mind that these could jack up the price of the car. If you’re buying the car for your kid, the Teen Driver technology will come in handy, it helps your kid learn a safe driving habit, it works pretty much the same way as what other brands provide except that in the Malibu, the parents get driving reports that show how often the automatic emergency braking system and more importantly the forward-collision warning system may have been triggered why your kid is on the wheel.

The Impala also did well on all collision assessments and advanced safety technology. It is equipped with 10 airbags for both front and rear seats, and like the Malibu, it also got a “Good” result for basic front and side-impact tests. It also has a review camera, wide side view mirrors, and surround camera. Optional safety features include a lane departure warning system, blind-spot monitors, adaptive cruise control, a radar-based emergency braking system (a first in its class), and a forward-collision warning system. As these are optional features, though, it may greatly affect the car’s price.

This Malibu takes this one for sure, though both cars pretty much offer the same safety features, most of those come extra with the Impala which will of course affect its resale value in favor of the seller.

For this aspect of the cars, if you’re after, it is obvious that the Impala will satisfy you more, it may have less variant to choose from than the Malibu, but it will surely give you the power that you crave in the few options that you get.

The Impala is by far one of the largest in the full-size sedan market but fret not, if by now you’re leaning towards it because its fuel economy doesn’t suffer like most other huge cars, though it may not also lead in its class. With the combination of the offered special aero body parts and a mild hybrid system, it rates at 25 miles per gallon (22 miles per gallon while city driving and 31 miles per gallon while on the highway).

Mileage on these cars would average around 80,000 miles or around 130,000 kilometers as these are daily drive cars that people use to get to work or do daily chores, but if you look around a bit you’ll find the occasional 20,000 mi (32,000 km) to 40,000 mi (65,000 km) ranges, which are pretty good for a four-year-old car. Conditions on the other hand is a different matter, although most of the time the vehicles current state usually corresponds to its mileage, you will encounter from time to time cars that have high mileage but are still in good to pristine conditions, which would also mean that not all cars with low mileage will be in very good condition.

Make sure to always look around the vehicle and check all the seats, flooring, optional features attached to it One of the best ways to get a feel of the car is to always request for a test drive. Drive it around the block a couple of times, or on an empty parking lot. This way you’ll see how the car runs and which of the features still work. From there you will be able to gauge if the price and value are up to your standards.

If you’re after more power and styling, we suggest you go with the Impala, but practically, the Malibu may have trumped its big brother. The smaller engine variant on either car offers almost the same power and torque rating which in turn gives you almost the same mileage. Safety features maybe a tad better on the Impala but that greatly affects the pricing. The same goes with the interior and features, most of what makes the Impala more elegant and classy than the Malibu are optional parts that again jack up the car’s price on the market.

So basically, if you’re willing to forgo a bit of class and higher technology, the Malibu is clearly the better choice, plus, if you have the money to purchase a higher-end Impala, why not just use that money to search for the rare Hybrid Malibu which will give you way better mileage of any trim levels on both cars, and will give you better savings in the long run.

As with buying any used vehicle make sure that everything on the vehicle is in good condition, especially the engine and other mechanical parts like the suspension, brakes, etc. The best way to check these is to have someone knowledgeable with them when you go see the car. And as mentioned above, always, always request for a test drive, if they decline or are hesitant to do so, walk away immediately if the seller has nothing to hide, they will agree to a test drive, no questions asked. We hope this article will help you decide on your hunt, always be vigilant and good luck!