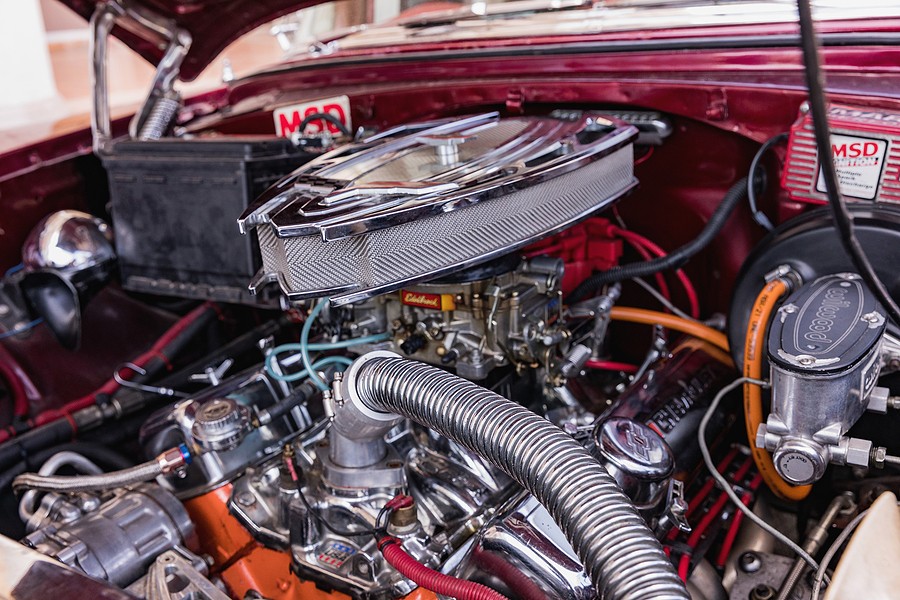 The Chevy 350 Crate Engine is not only the best-known V8, small block engine crafted by General Motors, but the engine is also considered one of the best engines ever manufactured. Known for its durability, sustainability, performance and its silent operation, the Chevy 350 Crate Engine has a reputation for stellar performance that outpaces competitors- for an array of vehicles.

General Motors/Chevrolet produced the small block V8 engine back in 1955. Then, the engine was one that measured 256 cubic inches or was a 4.3-liter engine. By the time 1967 arrived, the engine has evolved into an engine that had stellar performance and was placed in such GM vehicles as the Chevrolet Camaro. The engine was so powerful that it was built inside of such vehicles as the Caprice, and the Corvette. The engine was then either an optional or standard engine in various Cadillac, Oldsmobile and Buick wagons and sedans.

Beginning in 1985, you could find Corvettes with a fuel-injected variation of the Chevy 350 engine. General Motors also added computer- controlled emissions systems – which were standard in all Chevy 350 engines beginning in the early 1980s. The 350 engines were also outfitted with a throttle body fuel injection – a standard of the engine by the time 1988 came.

What Are The Chevy 350 Engine Specs?

Check out the specs of this awesome engine crafted by General Motors!

What’s The Power Output Of The Chevy 350 Crate Engine?

The power output of the Chevy 350 Crate Engine depends upon the engine model. Back in 1957 the first or initial model of the 350 Chevy engine was rated at 295 horsepower- found in a 1967 Chevy Camaro. That same model of 350 engine could be found in other GM models by the time 1970 came. The 350 was then mass produced, with several variants of the exact same engine utilized among lots of Chevrolet’s cars and trucks.

What Year Is The Best Chevy 350 Engine?

This is a question that is up for much debate! For Chevy owners, the year may differ among many. So, let’s take a look at this Chevy 350 engine and its evolution over time!

Back in 1970, when the LT-1 was on the scene, it was considered one of the “modern wonders of the world”- and with good reasons. The LT-1 was an engine with amazing performance sturdy lifters, a 178 camshaft and a carburetor that featured a with a one-of-a-kind aluminum intake that was able to reach 780 cubic feet per minute. Additionally, this engine could produce 370 horsepower if housed in Chevy’s signature vehicle, the Corvette.  But as laws were passed, there arrived the time that Chevy was required to reduce the torque and power output of the LT-1, so that the engine could meet emissions standards. In 1972, GM reduced the LT-1’s horsepower to 255.

OK-, so if your answer to our heading was not 1970, then perhaps you would answer with the year 1992.  Many may come to the conclusion that the 1992 version of the L98 was the best of the 350 evolution. Why? Well it was not only emissions-friendly, but the engine was very fuel efficient. During the 1990s, there was a huge push to create vehicles that were kind to our Earth. So, the 350 version- the L98 was GM’s answer to the preservation of our environment. This new version featured a tuned -port fuel injection) system or a TPI as well as sturdy aluminum cylinder heads. Those head were found during the middle of the 1986 model year. With all of these upgrades, the engine was able to reach 230 horsepower.

OK- so perhaps you’re shouting “no” because 1970 and 1992 were not the best years for upgraded versions of the 350 engines. Maybe the year for you was 2002, with the L31 engine. Maybe you agree that the most recent version of the Chevy 350 would obviously be the best of them all. The L31 engine was touted as the “Vortec 5700” engine- while being internally known as the L31 engine. This particular engine was used in many GM vans and trucks until 2002. Notable specs of this L31 engine included:

How Much Does It Cost To Build A Chevy 350 Engine?

One Chevy 350 Crate Engine consumer documented a cost $3300 “out the door”. The consumer also wrote that the engine was equipped with new rods and a “new crank”. The engine also featured, “… aluminum heads, main bearings, rod bearings, cam, cam bushings, and a gasket set.” Click here to read more!

According to one consumer, 400 heads on a Chevy 350 block engine can help to increase top end power as well as midrange. The swap would be a direct bolt – while the consumer would have to make sure that you do indeed use 400 head gaskets once the swap is made. The 400 head gaskets feature drilled steam holes that allow for the dispersion of heat. The 350 gaskets don’t feature steam holes for this purpose.

What Exactly is A Crate Engine?

For the simplest definition of a crate engine, this is an engine that is a complete and full engine delivered directly to the buyer- on a crate. The goal of a crate engine is to ensure that upgrading is easy and simple- with a turnkey solution removing any difficulty of rebuilding or building of an engine. Many after-market crate engines will include the rotating assembly the block and the heads. Other builders may add a camshaft, a carburetor and an intake, to make installation even faster and less difficult. If you decide to buy a crate engine from a professional engine rebuilder, with a stellar reputation, then you may consider that crate engine an investment!  For an original engine that has failed, you can confidently turn to a crate engine- and enjoy new life in your vehicle!

What are Some Great Tips for Buying a Crate Engine?

Check ‘em out below!

When you buy an engine, you’re not looking for it to come with issues. But many engine buyers who are not sure of what to look for, often end up with seemingly endless problems and setbacks, with their engine. So, if you can, buy your crate engine new. New crate engines buyers report a lot less problems with the engine, as opposed to buying a crate engine that has remanufactured. A new crate engine offers better and more enhanced performance as well as a longer life expectancy.  Your new crate engine will be far more reliable- and you can feel confident that your engine has no refurbished components.

Know The Origin of the Engine’s Components

The performance of the crate engine, is directly linked to the components that were used to manufacture it. Unfortunately, lots of engine builders cut corners and decide to use cheap engine parts- in an effort to make a huge profit.  But since you want the perfect crate engine, you want the perfect parts. You are well within your rights to ask where the parts came from. Your engine builder should have no problem telling you were the engine’s parts came from. If he or she does, then perhaps you need to seek another crate engine.  You should also be able to know what brand of parts located in the engine and where those parts originated from.  Be sure that you have access to a parts list too!

Ensure You have a Warranty For Your Crate Engine

While a crate engine is a huge investment, you don’t want to have one without some safeguards in place. So, make sure that your crate engine has a solid warranty, that you know will protect you!  While lots of engine builders will provide you with a warranty, you want to make sure that you READ the warranty. This may involve you taking the warranty home, reading it even before you buy your crate engine. You want full protection and coverage- in the event something happens. If a phrase or sentence on that warranty makes no sense to you, ask for clarification. You are spending your hard-earned money on this engine! You have a right to know all ins and outs of that warranty!