Chevrolet Traverse Problems : Here’s Everything You Need to Know! 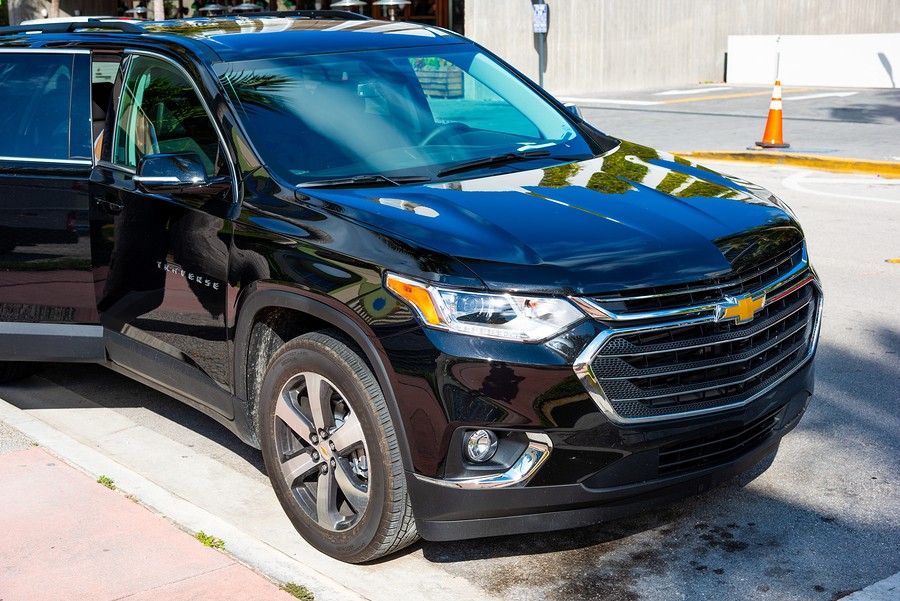 For being such a big name in the realm of the automotive industry, Chevrolet certainly has some issues with their cars. The Chevrolet Traverse has a huge host of problems that have hurt the Chevrolet reputation. When analyzing the Chevy Traverse specifically, there are various problems that are consistent throughout the years, hampering the reliability and trustworthiness of this make and model. Specifically the Chevy Traverse between the years of 2009-2015 have ample reports of numerous problems, notably the air conditioner and transmission problems.

Although certain things within your vehicle can be fixed at a lower price-point and can be relatively pain-free, some issues require more serious fixes that can dig a hole in your wallet. When discussing some of these Chevy Traverse problems, there are a few which are relatively cheap in the big scheme of things. However, the transmission problems for a Chevy Traverse are not at the cheap-end of the spectrum, and unfortunately, the category that plagues the Chevrolet Traverse the most is engine problems.

Chevrolet Traverse Problems Throughout The Years

The Chevy Traverse is a 7 or 8-seater crossover SUV that is built by General Motors. It is the model that succeeded the Chevrolet TrailBlazer SUV and the Uplander. Originally being marketed and branded as a full-size crossover, the Traverse began assembly in 2009. Unfortunately, the inception of the Traverse is when the problems began, and it has continued through 2018.

In the first year that Chevrolet produced the Traverse, they unfortunately had numerous complaints with their brand-new creation. The Traverse problems were mainly under the categories of engine and steering problems, with other NHTSA complaints about the drivetrain and the brakes.

First, regarding the engine problems, the main issues were excessive oil consumption, spark plug coil failure, misfires, bad timing chain, and a broken timing chain. The oil consumption being too high usually occurs at around 121,000 miles, and can sometimes be remedied by adding some more oil. However, this is reported to be a recurring problem that doesn’t seem to have a permanent fix.

The spark plug coil failure typically occurs at below 50,000 miles, and requires you to replace the spark plug coil. The misfire which can cause other problems typically happens at around 66,000 miles, and will cost you about $360 to repair. The solution is either a change of the spark plugs and a valve cover gasket, change of spark plugs and fuel system tune up, or a replacement of ignition coils. Lastly, the timing chain issues can sometimes be remedied by replacing the timing chain, which will run you about $1,200 and occur at 117,000 miles.

Analyzing the 2009 Traverse steering problems, the key issues were difficulty turning and the power steering stopping working. The difficulty turning occurs at around 110,000 miles, and seems to cost around $1,000-$6,000 to repair by replacing the transmission. There were numerous NHTSA complaints about the steering capabilities of this model as well, with the car being unable to switch gears when needed, causing crashes and unsafe driving conditions.

The 2010 Chevrolet Traverse problems were mainly in the categories of the engine, steering, and AC/heater. The main issues within the engine category of problems was engine failure, timing chain code issue, check engine light on, and engine losing power while driving. The check engine light coming on is usually a sign your transmission is slipping!

The engine failure would occur at a little over 103,000 miles, and is a costly repair at over $6,000 on average to fix. The main solution for this issue is to replace the engine, which is a costly procedure. The car’s timing chain code issue costs around $2,600 to fix, which can be achieved by replacing the timing chain and related parts at around 94,500 miles. The check engine light typically comes on due to a faulty camshaft position, the timing chain needing to be replaced, or the needing to replace the timing belt and gears. The average repair cost for this is around $1,820, and occurs at around 92,800 miles. Lastly, the engine losing power while driving is a sign that you need to replace the engine, which is a costly repair.

The last category which showed issues in this model is the AC/heater category, where the main problems were the heater/AC not blowing the correct temperature of air and the pressure hose failing. The issues with the correct temperatures can usually be solved for a pretty low price, coming in at just $350. This usually requires the technician to either replace the hose, lines, or A/C compressor. The hose failing might require you to replace the pressure line, which will run you about $800.

The 2011 Chevrolet Traverse problems are mainly all in the engine category – there is an extremely high number of user reports and NHTSA complaints, making this vehicle unsafe for anyone to drive. When there are numerous reports within the engine category, that usually insinuates engine failure – a costly and imperative part to replace.

The main issue in the engine category is numerous reports of engine failure, along with reduced engine power, the check engine light coming on, and the engine shutting off while driving. The engine failure requires you to replace the engine, which is a costly, and necessary, repair at $5,210. Despite maintaining your Chevrolet Traverse, you could still undergo engine failure – which is extremely costly and dangerous. We don’t recommend buying this vehicle for any reason. The 2011 Traverse is the worst-rated model of the Chevrolet Traverse line.

First, there are reports of the engine power being reduced. The one solution to this issue is replacing the timing chain, which costs about $2,500 and happens at a little over 103,000 miles usually. Second, the engine light comes on, which can be solved by replacing the emissions sensor or changing the fuel pump. Unfortunately sometimes it takes some trial and error to fix this issue, which ends up costing you more money in the long run – an average of $1,400 to be exact. Third, there are reports of the engine seizing while driving. This requires a full engine replacement in order to remedy the issue – which costs a whopping $7,800. If you don’t think this is worth it, we recommend selling your car (and the near $8,000) to a reputable location.

The 2013 Chevrolet Traverse finally has seemed to fix some of the engine problems that have plagued the previous year’s models. Despite some issues, the problems have been reduced, and mainly deal with a reduced engine power and the vehicle speed control.even though the problems were reduced, these are still big issues that need to be addressed.

The engine problems with this model can result in your car being unsafe to turn, losing traction, a locking steering wheel, difficulty turning, and the engine losing power. These problems need to be fixed, which can mean a complete engine replacement – and we already know that’s quite expensive.

The other category that had problems with the 2013 Chevrolet Traverse is the electrical system. There are reports of the engine light coming on, loss of power happening, and loss of traction all occurring simultaneously, which makes it very unsafe to drive.

Unfortunately for Chevrolet, the 2014 model saw all of the engine problems come back in full effect – in addition to a whole host of seat belt/airbag problems. The engine problems are mainly losing power while driving, vehicle speed control issues, and the need to restart the car.

If you lose power while driving, this is a scary and terrifying situation. This makes the car unsafe to drive, and we would not recommend this model for any user due to this fact alone. There are various NHTSA complaints about vehicle control issues and users having to pull over to restart their car in order to continue driving, sometimes to no avail. The uncertainty and unreliability of this engine makes it a bad choice for any driver.

In addition to the engine issues, the safety of everyone is further reduced by the seat belt problems. There are numerous reports of the airbag lights coming on, that can sometimes be fixed by adjusting the connector under the driver’s seats. If not, the repair usually costs an average of $260 toremedy. In addition, the seatbelt and airbag issues have caused at least 2 crashes and 10 injuries within this model, which is unacceptable.

The 2015 Chevrolet Traverse somewhat remedied the engine issues, but by no means made a highly-safe vehicle. There are still numerous NHTSA complaints in the engine, electrical, brakes, and steering category.

The main issues in the engine category are similar to the previous year’s, with the engine light coming on, traction control turning off, and alerts all turning on simultaneously, preventing the car from accelerating even while pressing the gas. Regarding the electrical problems, there are reports of the car losing power while accelerating and the alternator sticking and failing during use. In terms of the problems with the brakes, there are reports of pulses while braking, unintentional accelerating, hydraulic issues, and problems with the electronic stability control. Lastly, the steering problems are characterized by issues with the power steering pump, power steering failure, and a shaking while accelerating.

Despite Chevrolet attempting to fix the problems that have plagued the Traverse model for numerous years, there are certain problems that remain and can’t be overlooked. Despite some models being safer in terms of the engine performance, that doesn’t detract from the fact that the issues still remain in almost every year of Traverse.

In addition to the engine and transmission issues, the added steering, AC/heater, and braking issues that have crept up in recent years is a worrying and frightening addition to the already-unsafe Chevrolet Traverse.

What If I Don’t Want To Keep My Chevrolet Traverse and Can’t Afford The Repairs?

If you don’t want to keep your Chevrolet Traverse due to the ample number of problems and safety issues, we don’t blame you. Since the engine and transmission problems seem to recur every year without fail (unlike their engines..), we recommend selling your car to make some extra money to put towards a new and safe vehicle.

First, make sure you clean out your car and gather all of your personal belongings. Next, remove all non-metal components from your vehicle – don’t worry, you can sell these too! This includes any electronic and audio systems you have, which can get you some quick cash. After this is done, bring your car to a reputable location like CashCarsBuyer for a fair and trustworthy quote, and save some money for your new car.

PrevPreviousKia Sorento Problems: What You Need to Know!
NextWhat Is Overdrive And How Does It Work?Next