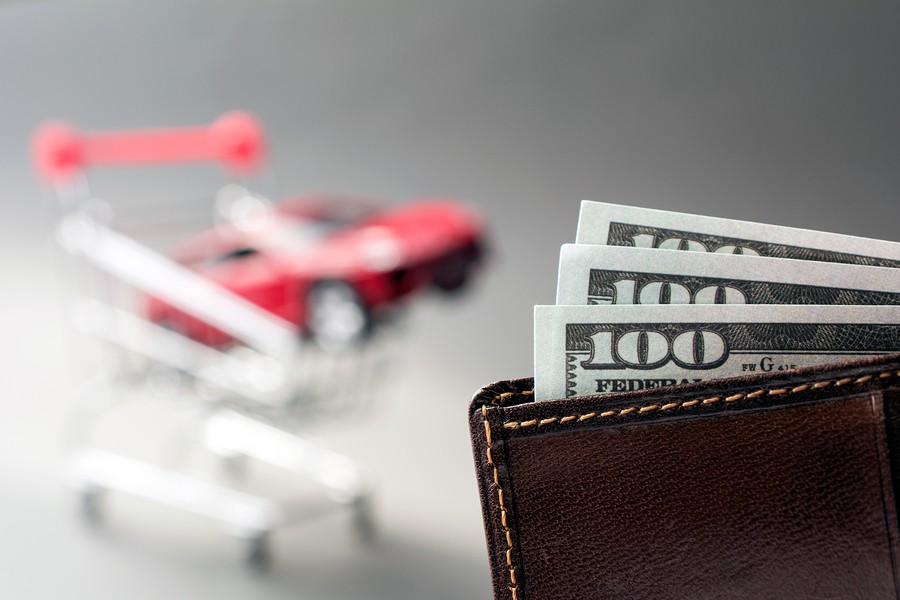 When it comes to buying a car there are a few things everyone considers that can boil down to “what’s the cheapest state to buy a new car?” Then you’ll ask things like does it still run well? Does it look good? Will they have the kind of car I like? But more than anything, the most important consideration for almost every car buyer out there is cost. From state to state that can change drastically even for cars that are identical. So, when it comes right down to it, what is the cheapest state to buy a new car? Let’s find out!

What Factors Affect the Cheapest State to Buy a Car? While it seems like a Toyota Corolla should be the same price in Florida as it is in New York, Idaho, and California that’s just not always the case. States can levy fees and taxes on auto sales that can drastically alter the price of the exact same car that may be thousands cheaper across state lines. Knowing the best state to get the car you want can definitely help save you a lot of money in the long run if you’re really committed to getting the most out of your money.

There are a handful of things that affect the overall cost of a car that can alter what makes one state cheaper than another. Obviously, the initial cost of the car is a big factor and you’ll find that, on average Florida is one of the best states in the country for a new car in terms of the initial fee. In fact, car prices in Florida are about 10% less than the rest of the country on average. This also affects the used car market thanks to the fact there are so many older drivers selling used cars in the state.

Other things worth considering when trying to find the cheapest state in which to buy a car are the fees that may be tacked on during the initial purchase, the taxes, and then the cost of insuring the vehicle.

Which States Has the Lowest New Car Taxes?

Taxes can be tricky when it comes to figuring out the final price of anything, and on a purchase as large as a car they can alter the sticker price significantly by the end of a deal. Alabama, for instance, has some of the highest taxes you’re going to pay tacked onto the final purchase of your car so if you’re able to buy out of state when you’re there, it may be worth looking into. Arizona and Colorado also have very high taxes relative to the rest of the country, so be aware of that.

On the other hand, when it comes to the best place to shop if you’re looking to avoid taxes, you may want to head to Oregon. Oregon doesn’t just have a low sales tax on vehicle purchases, it has no taxes on vehicle purchases making it the best state in the country to buy a new car when you’re looking to avoid that added expense. Of course, the base price of a car in Oregon won’t be significantly different, but you can save at least a few hundred dollars thanks to that taxless feature.

The biggest consideration you need to be aware of when it comes to buying from Oregon is where you are. The cost of transporting a car across the country might more than eat up any savings you get from avoiding taxes. With that in mind, New Hampshire and Montana also offer no tax purchases, though they may have other fees that slightly offset the price. They’re still better than many of the alternatives, though.

Which State Has the Lowest Registration Fees?

Taxes aren’t the only hidden cost when it comes to buying a car, there are also vehicle registration fees and they can change greatly from state to state. Every state requires you to get a license plate and have a title on film with your state’s DMV. The fees associated with processing these things are passed on to you when you buy that vehicle. Some states base these fees on a percentage of the car’s MSRP while others like Colorado base it on the age and weight of the car. To get an idea of how much of a range you’re looking at, Florida will charge you $225 but Georgia will only charge $20.

Florida will not just charge you a base fee of $225 but also an additional fee based on the weight of the vehicle. If the car you buy is an electric car of a hybrid, that can also affect the fees you pay. And it’s also important to know that registration is on a timer. If you register late, you incur late fees as well.

For the bargain basement, you want to look at Arizona, where the registration is a base fee of only $8. Of course, the taxes they figure in are exceptionally high at 60% of the MSRP reduced by 16.25% of the value by year which offsets your lower fee value considerably.

Oregon, with its no taxes, also only charges a flat fee of $43 to register your car. You will not find a better deal than that anywhere in the country.

What Are Dealer Documentation Fees?

When you buy a car from a dealer, they’re going to add on documentation fees to cover their administrative costs that are related to the paperwork they need to do to put the deal through. It’s surprising to see that that means when you read it though as some places will have $0 in documentation fees while others can charge you upwards of $1000 for them.

In some states, dealerships have caps on how much they can bill you for these fees. California, for instance, has legally limited documentation fees. Most states have not, however, and you need to be aware of that. It’s also worth noting that this is not a point you can haggle like you can with the price of the car. A dealer must legally charge every customer the same documentation fee no matter what. But that doesn’t mean you can’t haggle the price of the vehicle down to compensate for the documentation fee.

Documentation fees in California are capped at $80 while Minnesota and New York have them capped at $75. Those are some of the best deals in the country. Where no caps are in place the range of fees is very wide and you'll find it as low as $129 on average in South Dakota to as high as an average of $799 in Florida. Suddenly Florida’s initial lower cost for cars doesn’t seem so enticing.

Oregon is another capped state that keeps your documentation fee at $75 means that, across the board in terms of documentation fees plus taxes plus registration you won’t find a cheaper state to buy a car than Oregon when it comes to overall fees.

One thing you do need to be aware of though is that these fees change very frequently. It was only a few years ago that California's fee was capped at $55 but now it’s $80. Year to year you’ll need to double-check on this information to make sure it’s current if you're looking to buy another car next year or the year after. Nothing is ever set in stone when it comes to fees and taxes, unfortunately.

What’s the Cheapest State to Insure a Car?

The other big cost associated with owning a car is going to be insurance. Once you own the car this is going to be a recurring concern so you want the best rates possible. As with everything else we’ve seen, insurance rates are not remotely streamlined from state to state. Obviously there are a lot of factors that will alter your insurance rate ranging from the make and model of your car, the year, driving conditions and whether you sue the car for work, and even your gender. When we deal just in averages we can still see the numbers are widely varied.

The average premiums in Michigan are going to cost you $2,611. Florida is $2,219. Oregon, which has proved so reasonable with fees, comes in at an average premium of $1,286. That is much more reasonable but still isn’t the best. Maine takes the honor of having the cheapest average insurance premiums with a cost of only $845. That’s nearly $1,800 less than Michigan, which is a significant sum of money to be spending year over year.

What’s the Cheapest State to Repair a Car?

The cost of repairing a car is almost impossible to estimate out of the blue like this but we can still look at some statistics to help give you an idea of what you might be getting into with the maintenance of your vehicle depending on where you live.. Your car could blow a tire or the entire engine block could fall out, so the reason you need repair and maintenance is going to be unknown until it happens. But if you look at the average cost of car repairs from state to state, you can at least get an idea of where you might want to be in terms of repairing it.

Washington D.C. offered up the highest average repair bill in 2018 with a total cost of $414.02. Next in line was Connecticut, where drivers faced average repair bills of $413.91. On the far end of the spectrum, the cheapest average repair cost across the country was found in Ohio, where bills were $354.24. Florida bills averaged $387.56 and Oregon came in at $389.93. As you can see, the cost difference isn’t nearly as staggering as it is with fees like the documentation fee or even registration in some states, but it’s still an expense you want to keep in mind. Because this is just an average, there’s a good chance that larger repairs will scale higher in the higher average states and cost you considerably more should something catastrophic happen to your vehicle.

What’s the Cheapest State to Buy a Car?

When you factor in everything that you need to consider in buying a car it can be overwhelming. The sticker price is just where it starts, and from there it can vary greatly. If you're buying out of state you need to be aware of how the fees will differ from where you live and be prepared for them. We’ve covered most of the major fees here, but the last thing you’ll want to be aware of if you buy a car in another state is the cost of transporting that car to you. If you buy online, for instance, the fee to transport that car to where you live could tack on upwards of $1,000 more depending on how you have it delivered to you. Because that fee is truly unpredictable, we can’t refine it down further for you.

All other fees taken into account, from documentation fees to registration and taxes, your best option for buying a car is in Oregon. You could potentially save thousands of dollars in a state like Oregon versus Florida or Alabama, for instance. That said, you could do well buying a car in states like New Hampshire, Montana and Alaska as well.

At the end of the day, the car you want, and your own budget is going to dictate where you buy it and how much you’re willing to spend. But being informed of the hidden fees and how they break down will arm you with the knowledge to make a better choice in the long run.